Grocers from Tesco to Ocado falling short on green promises

Household names from Tesco to Ocado are failing to give enough information about how they will survive in a ‘greener’ economy, according to data.

The firms are among a group of ‘laggards’ on the FTSE100 which are making only brief mention of issues such as meeting net-zero goals and reducing carbon emissions in their investor reports, the research from Insig AI, seen by the Daily Mail, found.

It comes just weeks after Britain’s Competition and Markets Authority (CMA) announced it was launching an investigation into Asos, Boohoo and Asda over fears that they were ‘greenwashing’ – making sustainability claims about their clothes which could not be backed up. 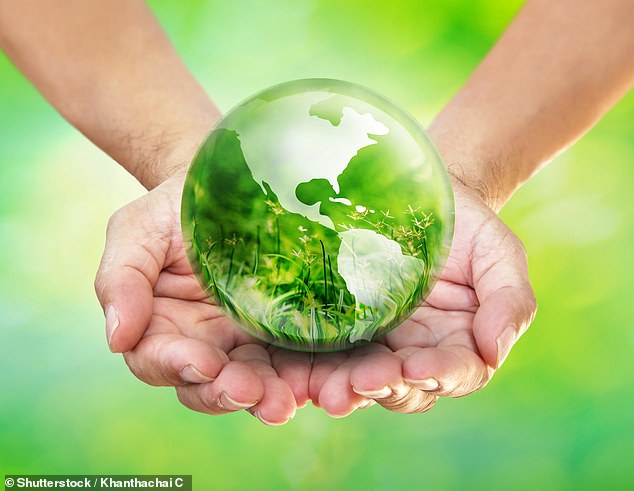 ‘Laggards’: The firms are making only brief mention of issues such as meeting net-zero goals and reducing carbon emissions

Insig said 70 per cent of the UK’s blue-chip firms were not meeting expectations on climate related disclosures. While the top 30 businesses were setting the bar on the volume of information they were giving out, the remainder did not keep up.

And there was a wide discrepancy between those top-performing firms and the bottom 30, which are reporting 87 per cent less on their climate-related risk.

Diana Rose, head of climate-related research at Insig AI, said: ‘Despite the burden that comes with comprehensive reporting, other benefits come from engaging on these challenges and it’s a strategic opportunity to take leadership as we transition to a low-carbon economy.’

Top reporters on climate change, according to Insig’s data, include some of the firms which are most vulnerable to changes in the environment and efforts to make the world less reliant on fossil fuels.

Energy supplier SSE, oil giants Shell and BP, and the National Grid were all dedicating significant sections of their reporting to address worries about their contribution to climate change, and how they would function in a low-carbon world.

Financial firms such as Aviva and NatWest were also singled out by Insig as being good examples. They have been under pressure to improve reporting their vulnerability to climate change, since banks lend to and insurers back many firms which could be crippled by natural disasters or the switch away from fossil fuels.

The data follows claims from business experts that swathes of companies are publishing misleadingly healthy accounts because they are failing to factor in how climate change will affect their business.

What does the plunging pound mean for your finances?