By Kevin Kayhart For Dailymail.com and Ellie Phillips


Gucci Mane and his wife Keyshia Ka’oir welcomed their first child together, a son named Ice Davis, just before Christmas.

In celebration of his arrival to Planet Earth the rapper decided to give his wife the ultimate ‘push present’ during her birthday party on Thursday: $1 million in cash in a box with wrapping paper.

The proud mom announced her dream gift in an Instagram Story post, writing, ‘My husband just gave me $1M for my push present!’ 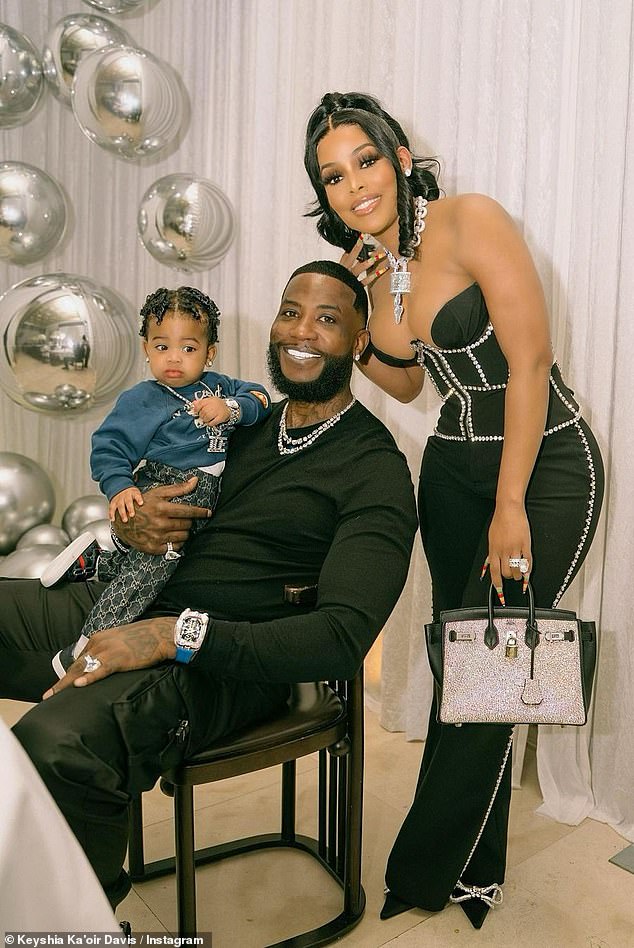 Big bucks: Gucci Mane gave his wife Keyshia Ka’oir $1 million in cash during her birthday celebration as a ‘push present’ 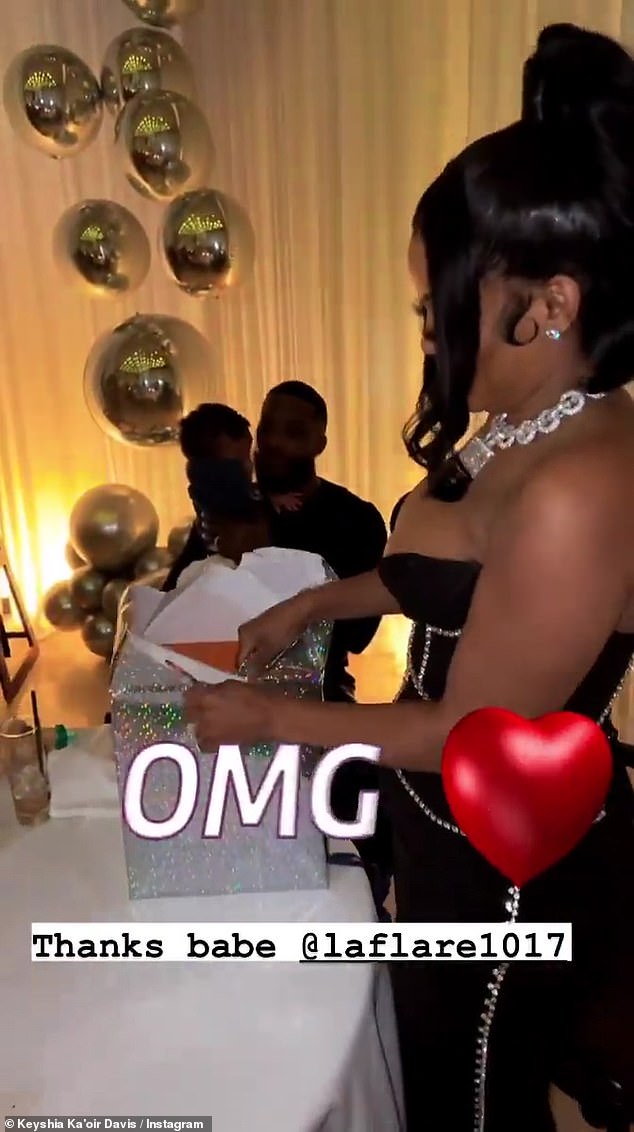 On camera: Ka’oir’s $1 million surprise in front of family and friends was all caught on camera 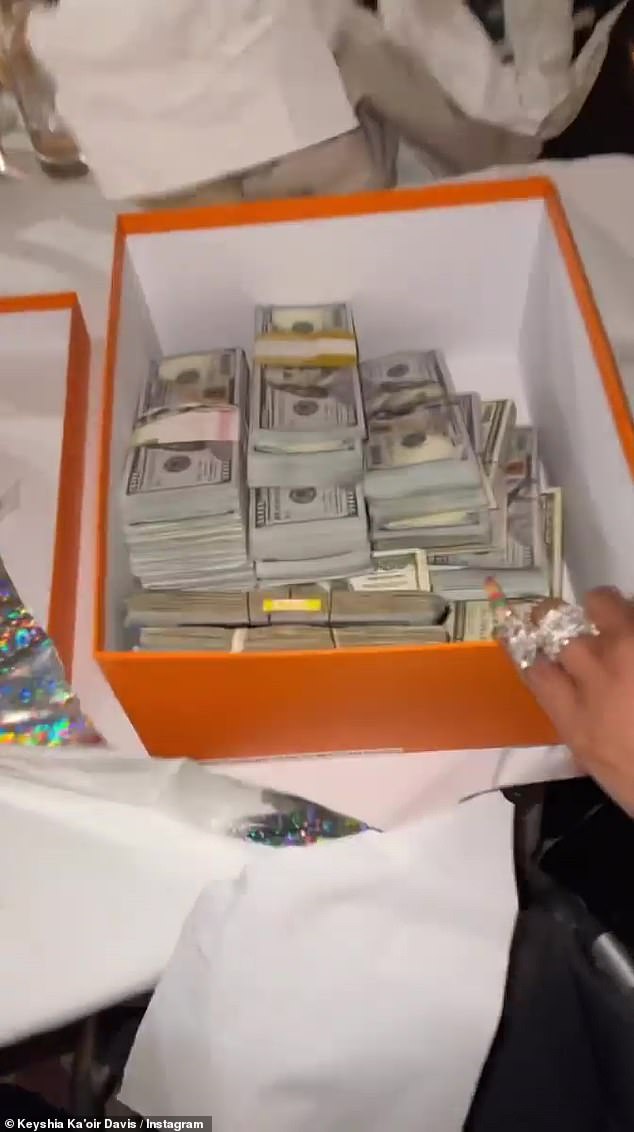 Exciting: The new mom showed off the box of cash to her family and friends gathered for the party

Not to be outdone, but just two days earlier Cardi B gifted her husband, Offset, with a cheque for $2 million during his star-studded 30th birthday ‘Sneaker Ball’ bash at Sneakertopia in Los Angeles.

Ka’oir’s $1 million surprise was all caught on camera. The video begins with the model standing in front of family and friends opening presents.

It doesn’t take long before she grabs hold of a box wrapped in silver paper.

With Mane (born Radric Delantic Davis) sitting nearby watching things all unfold, she rips off the wrapping paper to reveal an orange box that looked to be about the size used for shoes or sneakers. 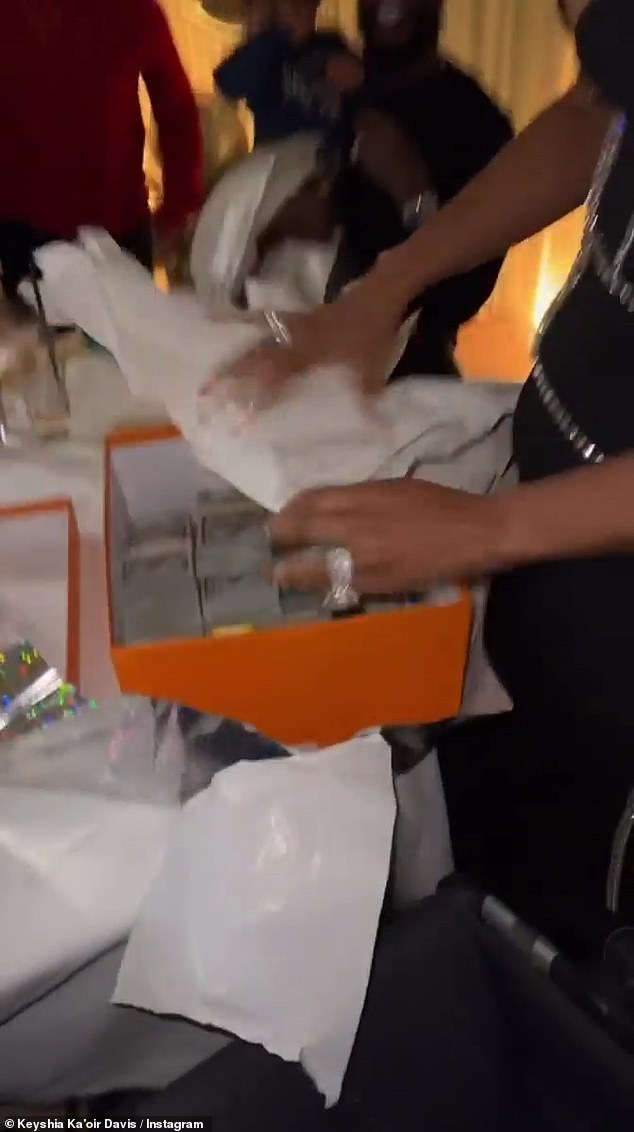 Present opening: Ka’oir could be seen opening a box that could be mistaken for a shoe or sneaker which was full of money – it’s not clear if there was another box containing more 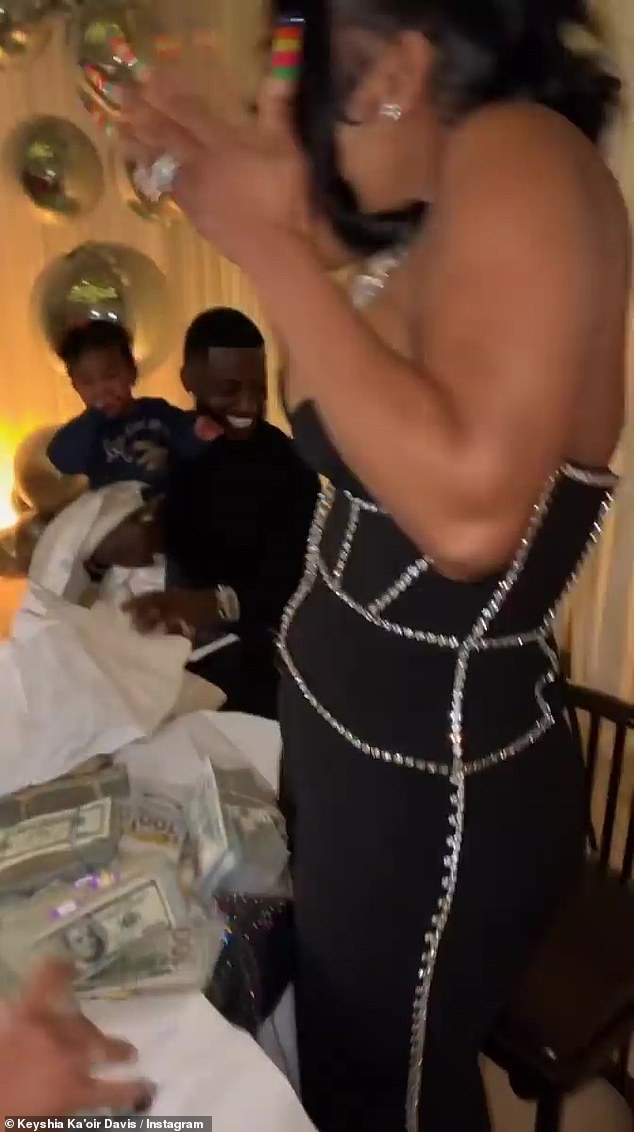 $$$: Once the box was opened, the model discovered the $1 million in cash in bundles of 100s, among others – surprisingly the amount, seemed to only fill half the box 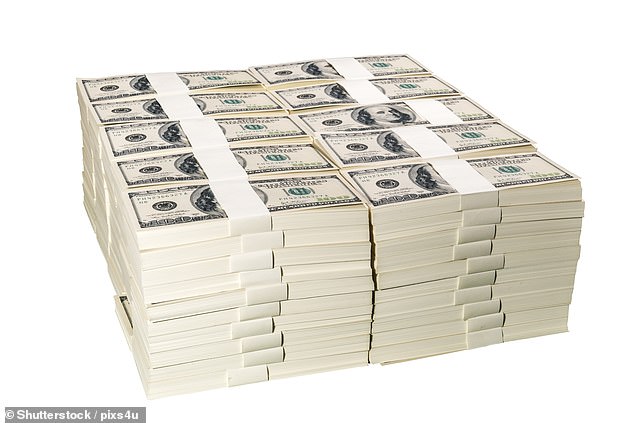 What a million dollars actually looks like: Gucci pulled out all the stops with his wife’s push present, (stock image of the full amount)

With the drama mounting, she takes off the top to find white decorative paper inside, which she promptly removes to find the $1 million in cash in bundles of 100s, among others.

Ka’oi (born Keyshia Dior Watson) let out an excited scream as she poured the money out on the table for her loved ones to see.

‘It’s a million dollars y’all,’ she declared to partygoers who were ogling all the cash laid out on the table. 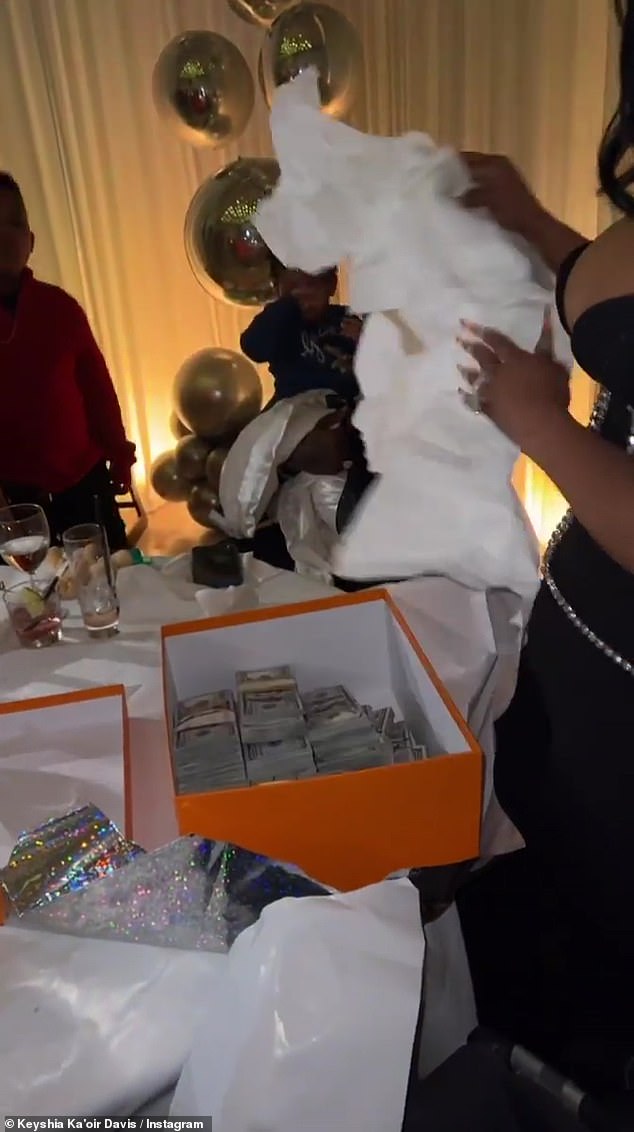 Surprise: The birthday girls screamed out in excitement once she realized there was cash inside the box 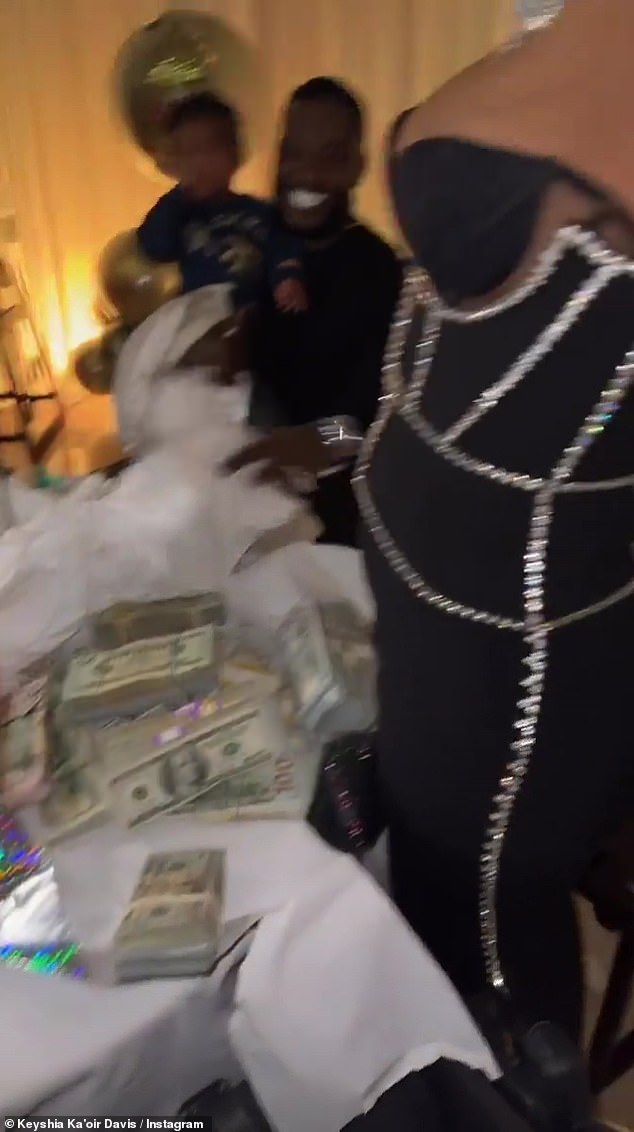 Cash money: Ka’oir laid out the bundles of cash so everyone could see 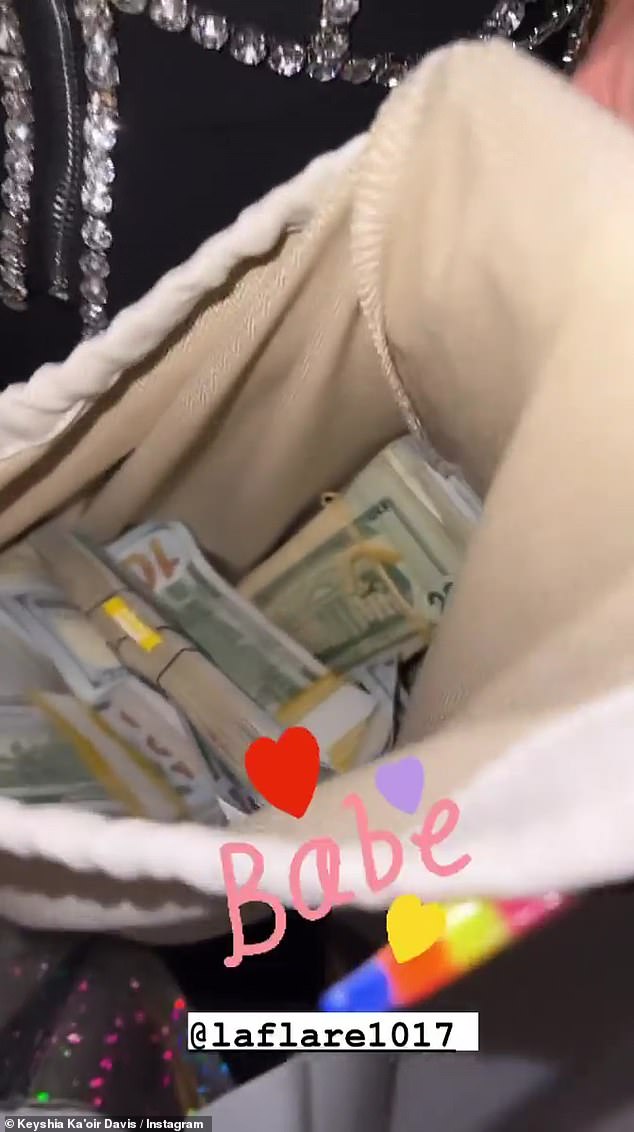 What of gift: Eventually, Ka’oir put the money inside in a secure bag for safe keeping 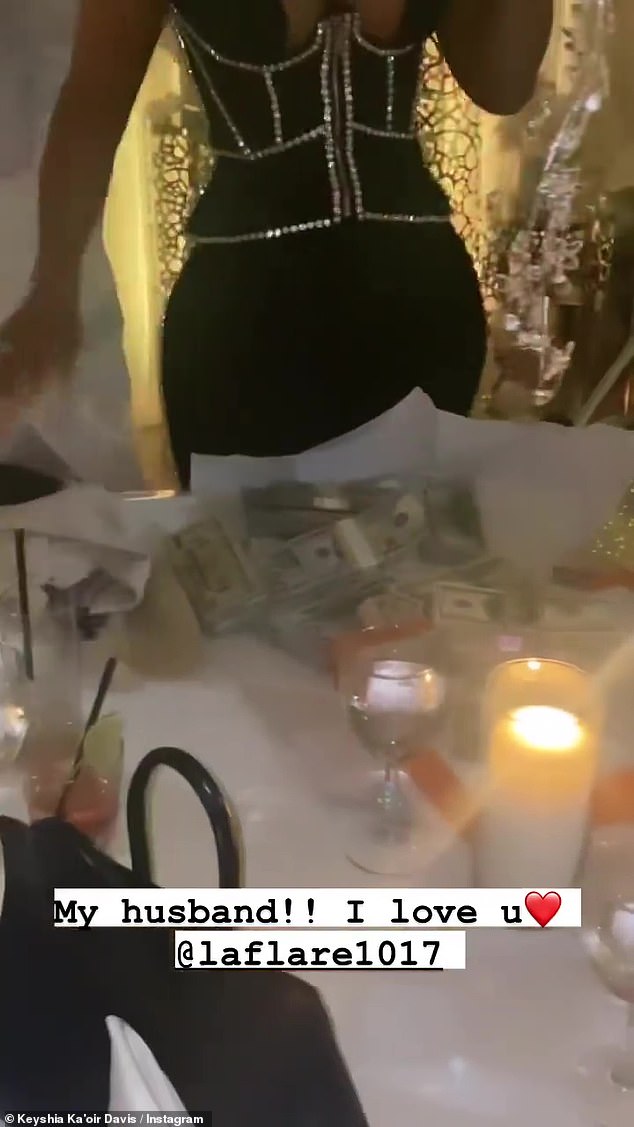 Lovebirds: The model pronounced her love for her husband when she posted the video on Instagram

One Tuesday, Cardi B got to be to be giver and Offset the receiver, during their big money gifting.

During the star-studded party, Cardi took to the stage where she grabbed the microphone to announce that she was gifting Offset $2 million for his birthday.

She presented him with a giant cheque, and shared a video to Instagram of him holding it up and dancing around, while writing over the clip: ‘He literally got it all’.

During the evening, the couple soaked in all the fun with $100,000 in single dollar bills, which they threw out over the crowd of guests. 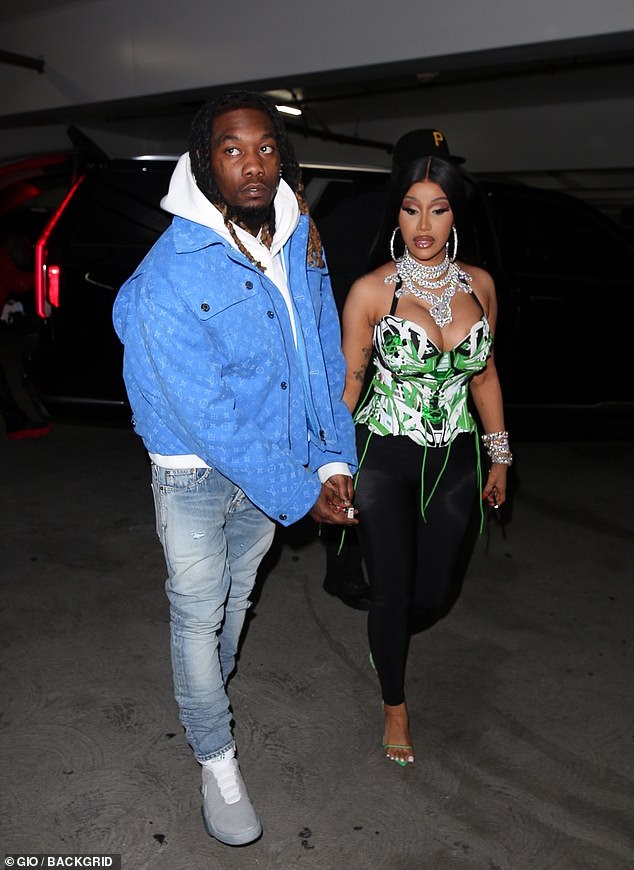 Decked out: On Tuesday, Cardi B got to be to be giver and Offset the receiver, during their big money gifting 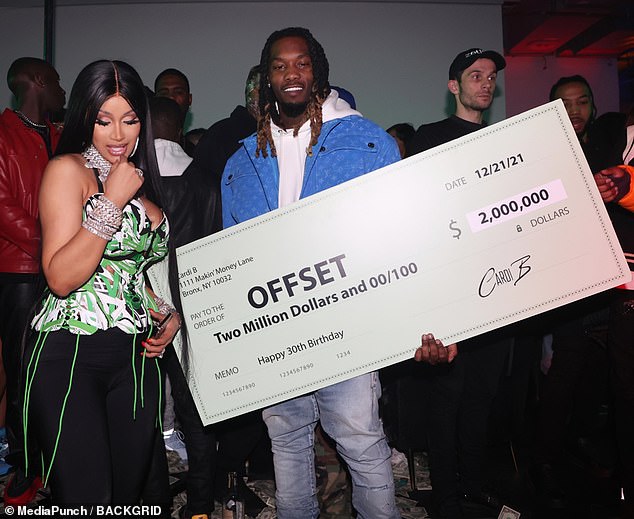 Payday: Offset got a huge surprise at his birthday party when his wife Cardi B went all out and surprised him with a giant check for $2 million 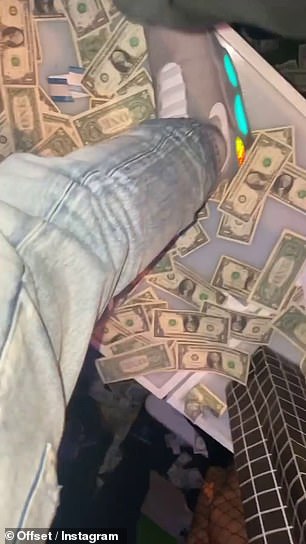 Dollar bills! During the bash, the couple had fun with $100,000 in single dollar bills 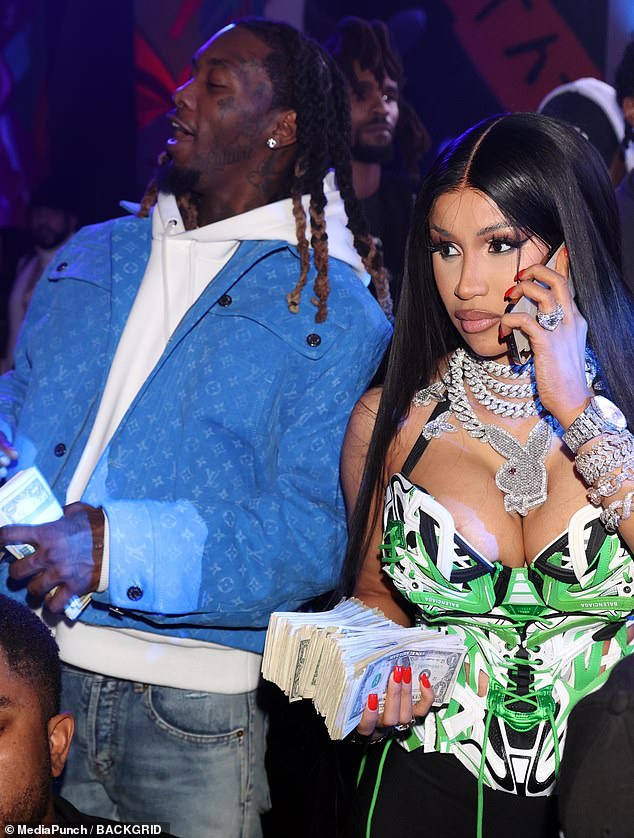 Feeling generous: It wasn’t clear if she and her love had gotten strippers for the all-star birthday party, but they were spotted with massive stacks of dollar bills, suggesting they were ready to spread the cash around

Share
Facebook
Twitter
Pinterest
WhatsApp
Previous articleDR MICHAEL MOSLEY: What 2021 taught me and how it can change your life, too
Next articleViolation of international law! Argentine takes swipe at Britain as Falklands row explodes
RELATED ARTICLES
Tv & Show