While it’s obvious that gut symptoms are linked to the health of our gut, what people are often surprised to learn is how much else is related to our gut — from immunity and heart health to mental wellbeing.

And add hormones to that list, because yet another role for our all-powerful gut is that it can make and regulate hormones, including our sex hormones.

So it figures that looking after your gut health could help a range of problems related to women’s reproductive cycles, from polycystic ovaries to menopausal symptoms.

And now, we’ve finally got the scientific evidence that backs up what I’ve been seeing in clinic for years: better gut health tends to reduce hormonal distress.

Nor is this just something that affects women. It is known, for instance, that some men with depression have lower testosterone levels. Now, in a study published a few weeks ago, scientists in China have identified a potential cause — a type of gut bacteria that can ‘degrade’ testosterone. 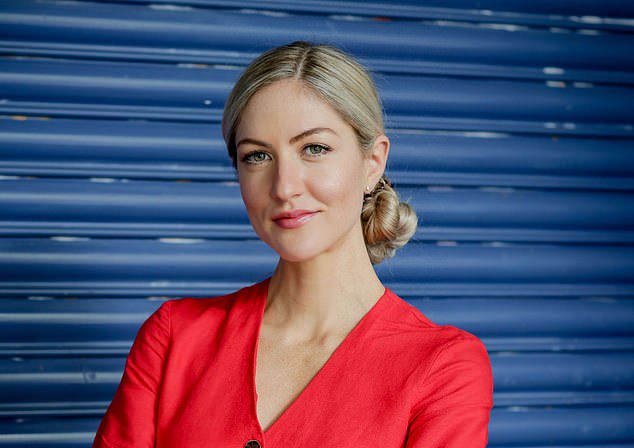 While it’s obvious that gut symptoms are linked to the health of our gut, what people are often surprised to learn is how much else is related to our gut — from immunity and heart health to mental wellbeing, writes Dr Megan Rossi (pictured)

In the study, it was found men with depression had higher levels of this bacteria, and when the scientists from Wuhan University introduced this bacteria to rats, their testosterone levels dropped and they showed depression-like behaviour.

Other animal studies have highlighted the role of gut microbiota (the bacteria, viruses and other micro-organisms found in the gut) in an even more fundamental way. Mice bred to be microbe-free have abnormal sexual development — essentially, the male mice become feminised, and vice-versa.

This is because they lacked the gut microbiota to produce and help regulate their hormones.

And it’s not just about our gut microbiota: vaginal microbiota are also being studied for their role in premature birth.

In fact, my colleagues at King’s College London published a study last year showing that the vaginal microbiome could predict premature births as early as ten weeks into a pregnancy.

(It also goes the other way, with hormones affecting our gut — and many women experience this every month. If you’ve ever felt bloated and find your stools are looser at this time, this is due to the changes in hormones, but more on this another day.)

So what’s going on? First and foremost, our gut microbiome affects the amount of oestrogen circulating in our bloodstream. This is something that relates to men, too, who also produce oestrogen, but in smaller amounts.

The key is beta-glucuronidase, an enzyme produced by certain gut bacteria that ‘recycles’ inactive or used oestrogen and gets it back into the circulation. These oestrogen-controlling gut bacteria even have their own name, the estrobolome. 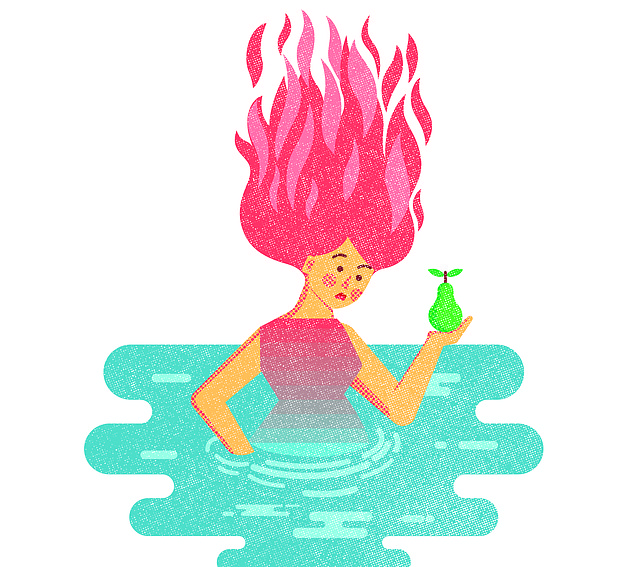 For now, I’d hold off on probiotic supplements and, instead, think about including these science-backed foods to nourish that all important gut-hormone axis

If there’s an imbalance in the gut microbiota, it can affect the amount of oestrogen in the bloodstream, so you might end up with too much or too little.

For instance, we know that antibiotics not only kill the bad bacteria, they also harm the beneficial ones, including the estrobolome. Indeed, certain antibiotics that are poorly absorbed in the gut, such as ampicillin, can increase the amount of oestrogen excreted manyfold.

An imbalance in gut bacteria is thought to play a role in a range of hormonal conditions ranging from endometriosis and infertility to breast cancer.

In fact some treatments, such as metformin for polycystic ovary syndrome, are thought to work at least in part by targeting and ‘re-balancing’ the gut microbiota. In men, excess oestrogen is linked to gynecomastia (excess breast tissue) and erectile dysfunction, among other symptoms.

Similarly, a healthy gut microbiota is more likely to keep oestrogen levels balanced. This has the potential to reduce menopausal symptoms and conditions caused by oestrogen imbalances.

This may explain why, in a one-year study in the U.S. of more than 17,000 postmenopausal women, those who ate more fibre (i.e. ‘fertiliser’ for our gut microbiota, including vegetables, fruit and wholegrains) experienced a 19 per cent reduction in hot flushes compared to a control group.

Another hormone-related condition that our gut bacteria can affect is polycystic ovary syndrome (PCOS). It is estimated that as many as one in ten women has this condition, with symptoms usually appearing in a woman’s late teens to early-20s.

Essentially, it’s a condition that affects how the ovaries work, due to a higher ratio of testosterone to oestrogen than normal.

Some of the common signs include irregular or no periods, difficulty getting pregnant, excessive hair growth, thinning hair and oily skin. We don’t know the exact cause, but it’s likely to be a combination of genetics and environmental factors.

Now a major review has found that supplementing a healthy diet with specific probiotics and synbiotics (which are prebiotics and probiotics combined) could improve several markers of PCOS, including hormones.

So should you take a probiotic or synbiotic for PCOS? While the results sound convincing, translating the findings from particular groups of people (for instance, many of the 11 studies in the review were from Iran), who have different diets and environments, and therefore gut microbiota, isn’t straightforward.

Also, although the results were significant, it certainly wasn’t a ‘cure’ for PCOS, and I typically see better results from changing diet instead. The same is true of the menopause.

We still have so much to learn, and while it’s very unlikely to be solely down to our gut microbiota, for hormonal balance, you’ll want to keep your gut micro-organisms on-side — and one of the simplest ways to do this is to increase your intake of fruit and vegetables.

For now, I’d hold off on probiotic supplements and, instead, think about including these science-backed foods to nourish that all important gut-hormone axis:

Next week, I’ll show you simple ways to sneak more of these and other fruit and veg into your diet!

My hay fever is really bad at the moment, and I also get an itchy mouth when I eat certain fruits such as apples and strawberries. What’s causing this?

I suspect you have pollen food syndrome, which is the most common type of food allergy in adults — and people with hay fever are much more prone to it. It’s when our body confuses certain proteins in food with pollen proteins and triggers an allergic reaction.

Typically, the symptoms are immediate and include mild itching, tingling or swelling of the tongue and lips. The main culprits include apples, kiwi, peaches, plums, carrots, Brazil nuts, walnuts, strawberries, hazelnuts and almonds. The good news is the vast majority of cases are mild and many people don’t even realise they have it. Nor do most people need to completely avoid their triggers.

Dr Megan Rossi cannot enter into personal correspondence. Replies should be taken in a general context; always consult your GP with any health worries.

When it comes to afternoon sweet cravings, this high-fibre snack hits the spot.

You can experiment with other flavours, such as olive oil (2tsp), curry powder (½ tsp) and ground coriander (½ tsp).

Put the corn kernels in a brown paper bag and fold over twice to seal.

Microwave on high for approximately three minutes, or until you hear a pause of about three seconds between pops. Leave to stand for 20 seconds then open the bag.

Drizzle over honey, followed by the cinnamon (or your choice of flavour). Reseal the bag and shake to combine.