Gwyneth Paltrow looked summer ready in an Instagram photo posted by her wellness and lifestyle brand, Goop, on Saturday.

The Seven actress, 49, showcased her trim waist and cleavage in an orange and white gingham bikini top, and flashed her toned legs in a button front dark-wash denim skirt.

The A-line cut skirt with ’70s-inspired patch pockets is from Goop’s high-end G. Label, and retails on the brand’s website for a whooping $395.00. 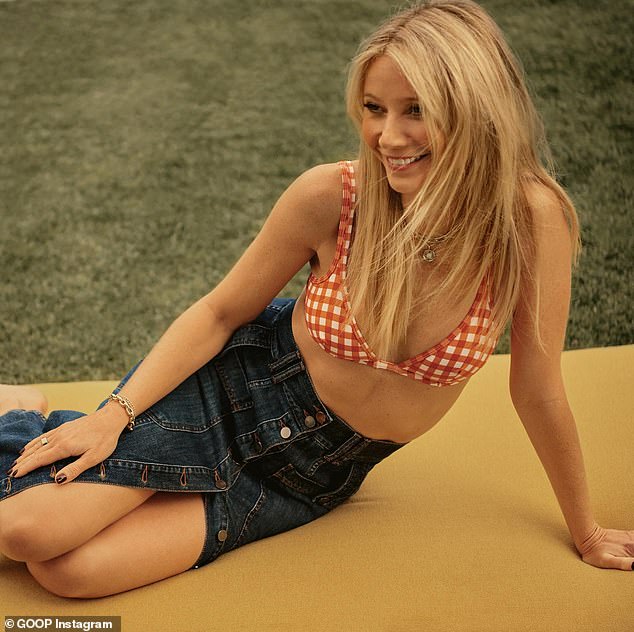 Pricy: Gwyneth Paltrow, 49, showcased her trim waist and cleavage in a gingham bikini top and a button front denim skirt, which retails on Goop for $395.00, in a new Instagram photo

The Academy Award winner wore her light blonde tresses parted in the middle and cascading down her shoulders.

The mom-of-two smiled as she posed on top of a yellow picnic blanket laid out on top of grass.

She accessorized her look with a chunky silver bracelet, a large round pendant around her neck, as well as a silver ring.

Paltrow launched Goop in September 2008, as a weekly e-mail newsletter offering wellness and lifestyle advice and insight into the star’s life. 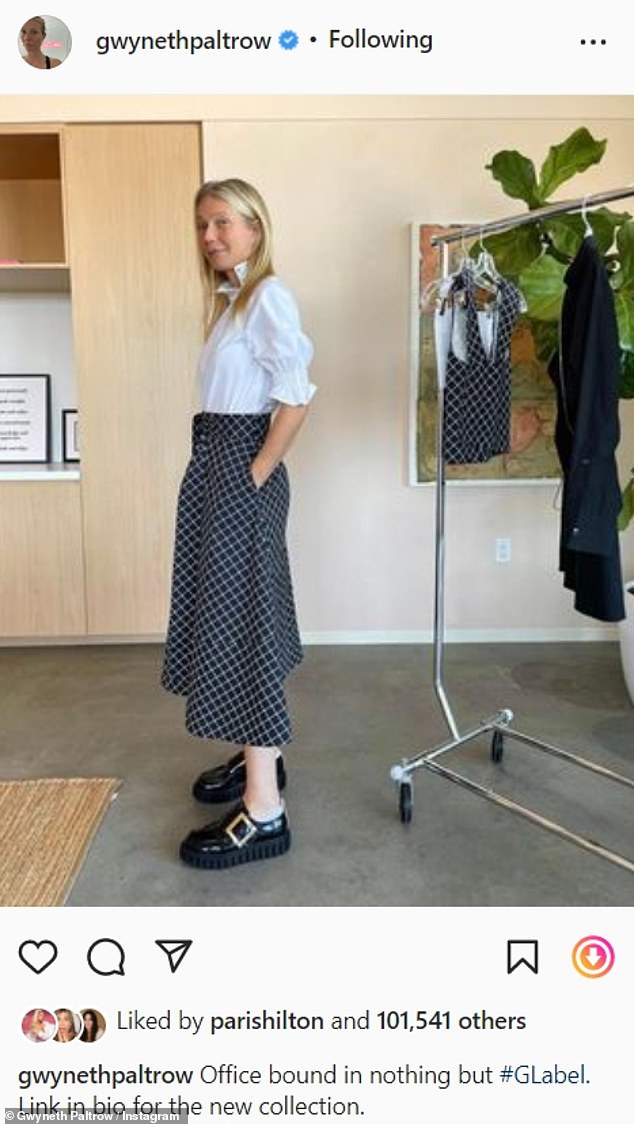 Her style: The actress recently showed off her office style, sporting an A-line skirt and white blouse from the high end GOOP clothing line, as well as $1,195 Roger Vivier loafers

The company’s name was inspired by author Peter Arnell, who reportedly told the star that all successful internet companies have double O’s in their name.

Goop has expanded through the years, creating a website and branching off into e-commerce, pop-up shops, wellness summits, a print magazine, a podcast and recently a Netflix docuseries.

The actress has been giving tips on her style, and recently showed her fans what she likes to wear when headed for a day of work at the her GOOP offices.

She looked chic in an A-line skirt and white blouse from her line, which she paired with $1,195 patent loafers by Roger Vivier.

Aside from promoting her brand, Paltrow recently took to Instagram to celebrate her son Moses Martin’s 16th birthday. 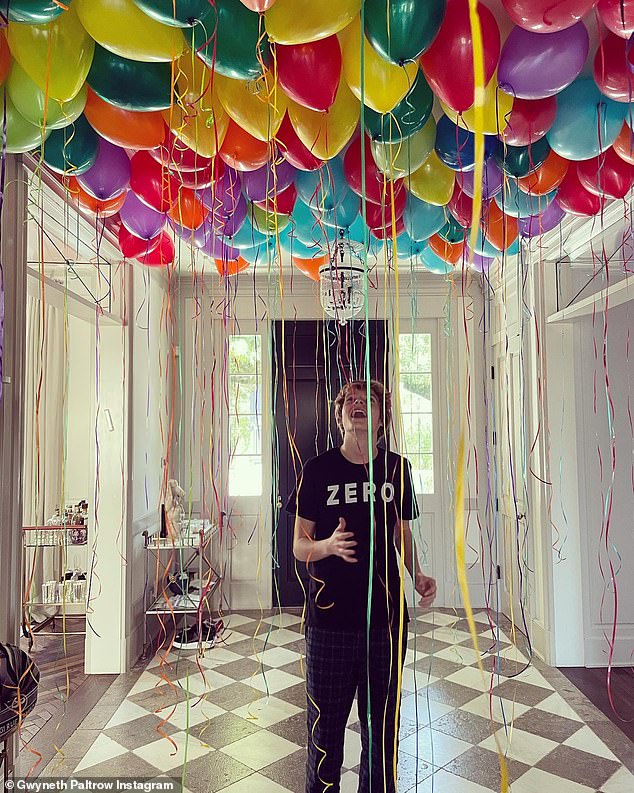 Sweet 16: Paltrow recently took to Instagram to celebrate her son Moses Martin’s 16th birthday with a sweet photo that showed the ceiling of her front hallway covered with colorful balloons

She posted a sweet photo that showed the ceiling of her front hallway covered with colorful balloons to mark Moses’ big day.

The star shares her teenage son and a daughter named Apple, 17, with her ex-husband Chris Martin, 45, frontman of Coldplay.

Martin and Paltrow were married for 11 years, after meeting backstage at a Coldplay concert in 2002. They welcomed their daughter in May 2004, followed by their son in April 2006.

On March 25, 2014, Gwyneth took to her lifestyle blog to announce that she and Martin were splitting, and coined the term ‘conscious uncoupling.’ Their divorce was finalized in July 2016.

Paltrow then went on to marry American television writer Brad Falchuk, 50, in September 2018. Meanwhile Martin has been dating Fifty Shades of Grey star Dakota Johnson, 32, since 2017. 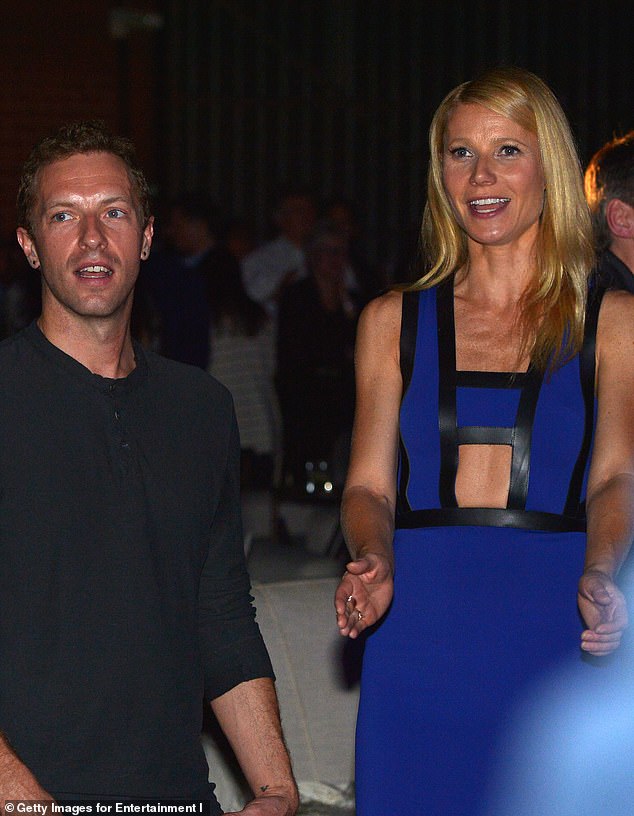 Her ex: The star shares her son and a daughter Apple, 17, with ex-husband Chris Martin, 45. The two were married for 11 years. Their divorce was finalized in 2016; Pictured in 2014

Gigi Hadid brings daughter Khai, one, on outing with sister Bella and their mother Yolanda