Gogglebox star Gyles Brandreth has revealed he previously turned down Strictly Come Dancing due to his lack of rhythm.

The royal biographer, 74, said an appearance in the famous BBC ballroom was not in his future, despite being asked to appear.

He wrote on Twitter: ‘Yes, I have been approached about doing #Strictly (and I’m flattered because I love the show), but sadly it’s not for me for this compelling reason: 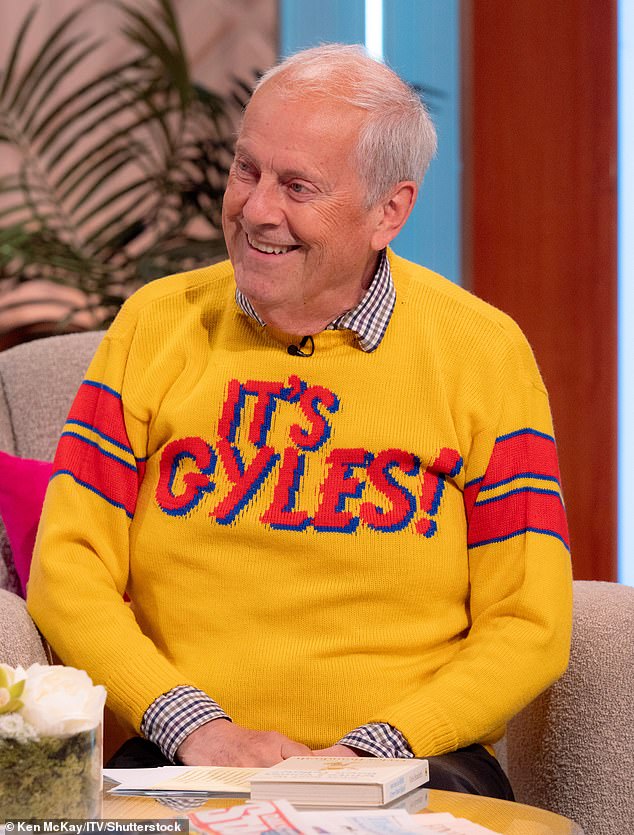 Say what? Gogglebox star Gyles Brandreth has revealed he previously turned down Strictly Come Dancing due to his lack of rhythm

His fans were quick to disagree, with one writing: ‘do it gyles please for the fans’ while another wrote: ‘But how wonderful would you look if the fabulous @bbcstrictly team got their hands on your jumpers! How great would they look with sequins added?!?!?!

A third typed: ‘Far more compelling though: the costumes, the sparkle, the chat…. You’d learn the rhythm bit. You would be dazzling.’ 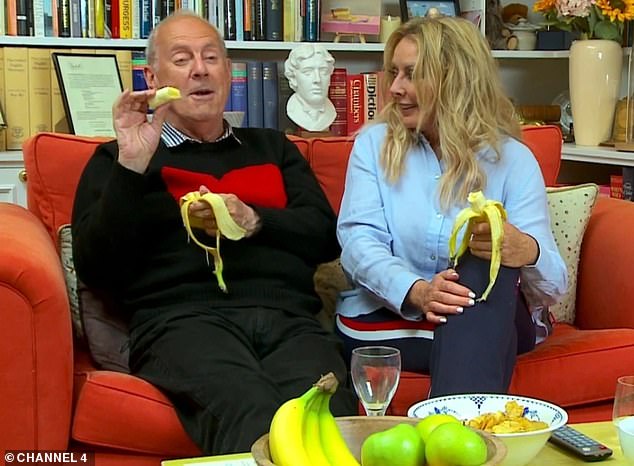 Fan favourite: The star is pictured with Carol Vorderman on Celebrity Gogglebox

Candid: The royal biographer, 74, said an appearance in the famous BBC ballroom was not in his future, despite being asked to appear

This comes after Helen Skelton became the final celebrity contestant confirmed for the brand new series of Strictly Come Dancing.

The TV and radio broadcaster, 39, was widely tipped to be taking part in the BBC ballroom show and her spot on the programme has now been confirmed as she completes the full celebrity line-up.

It was revealed on Saturday morning on BBC Radio 2 during Claudia Winkleman’s breakfast show that Helen – who split from husband Richie Myler earlier this year – would be appearing on the show.

Helen said: ‘I’m really excited to get stuck into a fun adventure. My family and friends have always loved the show and can’t wait for me to get started.’ 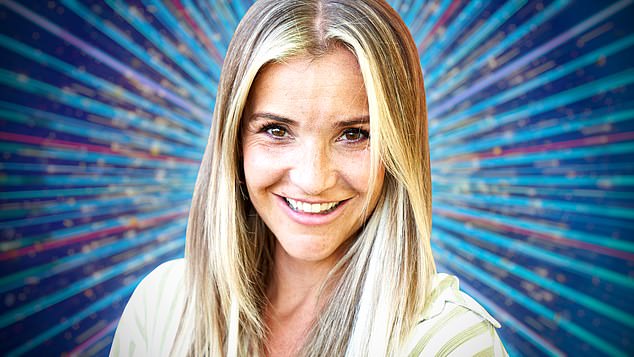 On Friday EastEnders actor James Bye, 38, – who has played the role of Martin Fowler in the BBC show since 2014 – was officially announced as the 14th star.

It comes after former X Factor star Fleur East and Countryfile star Hamza Yassin were revealed as the 12th and 13th stars on Thursday – joining earlier announced stars Kym Marsh, Will Mellor and Jayde Adams among others.

One source at the Corporation said: ‘Taking part on Strictly is a dream for so many celebrities, but so many of them have done it now. They have lived that dream and reaped the massive benefits of it.

‘The success of Strictly is massive, the ratings are still huge so it will keep on going – but so many big names have appeared now that you have to wonder where the rest of them are going to come from now.’

Last year’s series was won by deaf EastEnders actress Rose Ayling-Ellis who was watched several times per week by at least two million viewers. And in its first ten years, household names such as John Sergeant, Emma Bunton and Jerry Hall took part.

After Miss Adams, a comedian from Bristol, and Mr Anderson joined Strictly fans took to social media to discuss how they are unfamiliar with some of the stars.

‘Sorry don’t mean to be rude but who’s Jayde Adams?’ one wrote on Twitter, while another said: ‘Jayde Adams… nope never heard of her! #Strictly.’