Hargreaves: Number of ISA millionaires rise over two thirds in a year

Number of Isa millionaires jumps 70% in a year, says Hargreaves Lansdown, and some are even investors in their 20s and 30s who’ve made big gains

The number of Isa millionaires using Britain’s biggest DIY investing platforms has jumped over the past year thanks to rallying global markets, with younger people now also joining the club.

There are 973 investors with Isas worth more than £1million with broker Hargreaves Lansdown, up from 576 last year, which is an increase of 69 per cent.

Their average age is 72, but some Isa millionaires are now also in their 20s and 30s, the company said. Two-thirds are men. 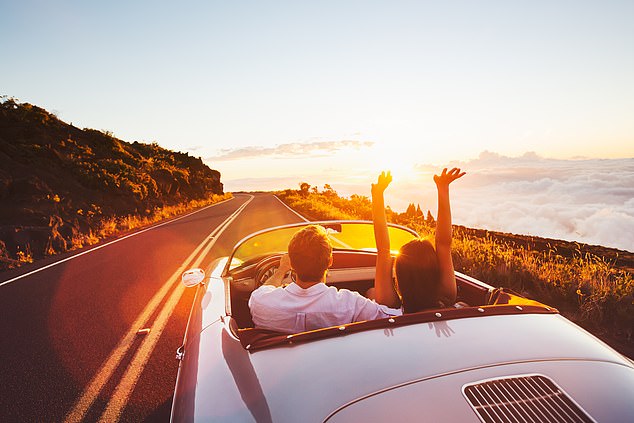 Fresh millionaires: Hargreaves Lansdown says some of its Isa millionaires are young people

Similarly, interactive investor now has 983 Isa millionaires on its platform, up 34 per cent from 731 a year ago, with the average age being 72 – compared to 56 for the average ii investor.

Some 67 per cent of ii’s ISA millionaires are male, and 33 per cent female, with women having more  cash allocated to investment trusts and less invested in shares than men.

Investors have benefited from surging markets over the past year. It has also become easier to become an Isa millionaire now that the annual allowance is £20,000.

Experts say it is also the result of investing for the long-term, rather than speculating, as attested by the type of shares millionaires hold.

‘More of them hold collective investments than single shares. Their focus is to consistently invest as much as possible of their annual allowance, as early as possible in the tax year, in a diverse and balanced portfolio. And they’ve done this every year for decades.

‘There are some exceptions to the rule, who have built a million in quick-time, and some ISA millionaires are still only in their 20s or 30s. However, most tend to be much older.’

The figures indicate the top ten shares held by millionaires investing with Hargreaves Lansdown as of 31 December 2021 (in alphabetical order and excluding investment trusts), and the top ten funds

The top ten shares held by HL millionaires are dominated by blue chip companies, including those that traditionally pay strong dividends such as AstraZeneca and Aviva.

When it comes to funds and other collective investments, Isa millionaires have a broad international mix of popular funds, with an income fund – Artemis Income – also making it into the top ten.

That reflects the fact that as investors get older, some of the portfolio may have been reconfigured for income, according to HL.

‘When you have a larger portfolio, you have more scope to add specialist funds into the mix too, which is why we see micro-caps and special situations in the top ten,’ Coles adds.

Meanwhile, investment trusts are powering the portfolios of ii’s Isa millionaire investors, accounting for nearly half – or 46 per cent – of the average Isa millionaire account.

In contrast, the average Isa account overall has a much smaller 25.5 per cent in investment trusts. Isa millionaires are also holding close to 50 per cent less cash in their Isa accounts.

Moira O’Neill, head of personal finance, interactive investor, says: ‘While it’s inspiring to look at how the very wealthiest have got there, investors need to think about their own risk profiles.

‘Investment trusts, for example, often tend to outperform funds in a rising market due to structural advantages such as the ability to gear. But in a falling market, these features can also enhance losses.’

How long would it take you to become an Isa millionaire?

Saving or investing that kind of money is way beyond most people, so it would take them much longer even if they could invest a large monthly sum.

For someone investing £500 a month and getting an average 7 per cent return it would take 40 years to reach £1million.

Listen to the This is Money podcast where we discuss building your way to a £1million Isa and how achievable that might be. 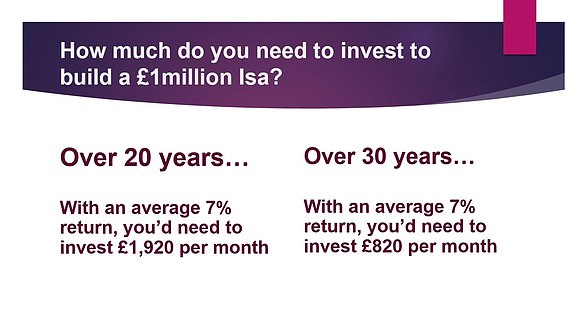