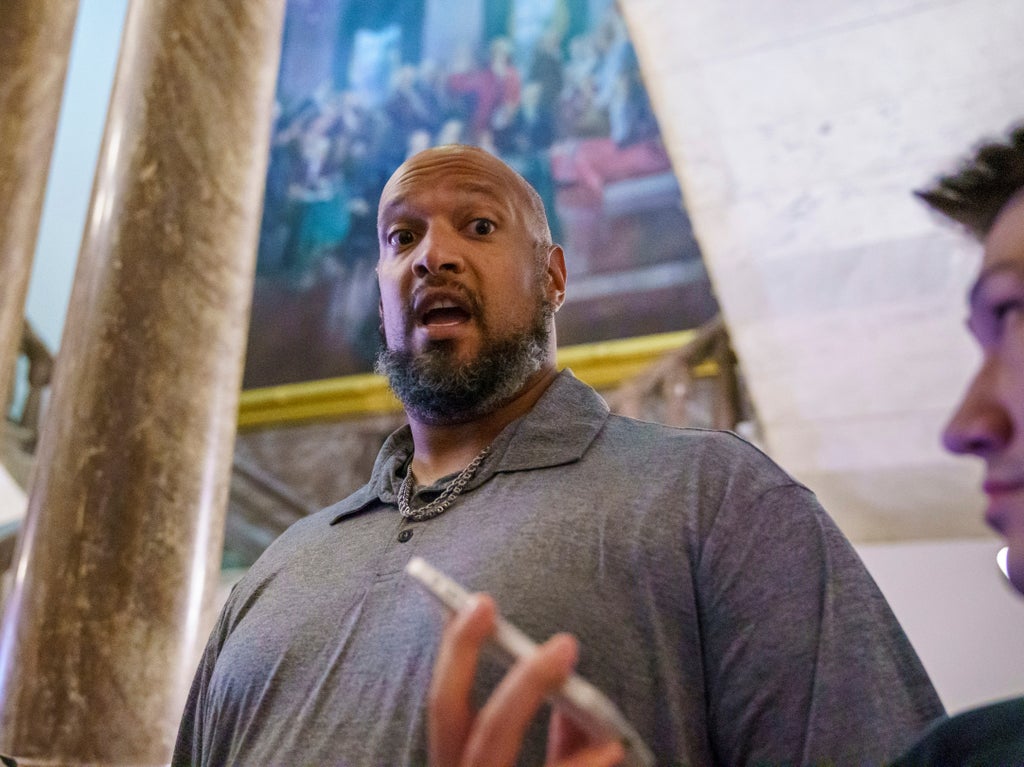 A Capitol police officer who Fox News host Tucker Carlson brushed off as an “angry, left-wing political activist” has fired back at the host on social media.

The lawyers representing Harry Dunn, a Black police officer who claims he was called the N-word while fighting to defend lawmakers during the Capitol riot, issued a statement responding to Mr Carlson’s attempt to downplay his story.

Mr Carlson’s attacks on the officer appear to be an attempt undermine his credibility ahead of a House hearing on 27 July investigating the Capitol riot. Mr Dunn is expected to testify at that hearing.

“Dunn will pretend to speak for the country’s law enforcement community, but it turns out Dunn has very little in common with your average cop,” Mr Carlson said. “Dunn is an angry, left-wing political activist.”

Mr Dunn’s lawyers pointed out that it would be difficult for Mr Carlson to know what an average cop was actually like.

“Tonight Fox News allowed its host Tucker Carlson, who has not served a day in uniform, whether military or law enforcement, to criticise the heroism and service of African-American US Capitol Police Officer Harry Dunn,” attorneys David H Laufman and Mark S Zaid said in a statement following the segment.

They claimed that Mr Dunn likely had to fight against Mr Carlson’s own viewers during the Capitol riot.

“Our client has served 13 years in law enforcement and on January 6, 2021, fought against an insurrectionist violent crowd – no doubt many of them Carlson’s supporters – to protect the lives of our elected officials, including Vice President Pence,” they wrote.

Mr Dunn may or may not represent an average officer, but he does seem to echo the sentiments of the rest of the Capitol police force, which has been aggressive in its pursuit of a bipartisan commission to investigate the insurrection.

Republican lawmakers ultimately blocked the possibility for that commission to take place.

While the riot was more than six months ago, the FBI is still rounding up insurrectionists and charging them with crimes. Thus far, more than 500 people have been arrested and hundreds more are expected to be charged in the coming months.

Prosecutors have also sought to bring conspiracy charges against members of the Proud Boys and Oath Keeper extremist right-wing gangs, alleging they planned portions of the attack. Three Oath Keepers have pleaded guilty and agreed to cooperate with the investigation.