Millions of Britons could need Covid boosters every six months for the foreseeable future, a health boss hinted today.

Britain is still in a ‘period of uncertainty’, she said, despite all restrictions being lifted more than a month ago.

Experts are unable to predict when a new variant may occur and how it could affect immunity from vaccines, she said.

Around 8million over-75s, care home residents and immunocompromised over-12s in England are eligible for fourth doses this spring. Fifth, and potentially even sixth jabs, will be rolled out to a wider group this autumn.

Dr Harries was asked at a Public Accounts Committee today whether boosters would continue to be dished out every six months.

Refusing to deny they could be topped up again after this fourth round of doses, she said: ‘For relevant groups, as per the evidence we have. 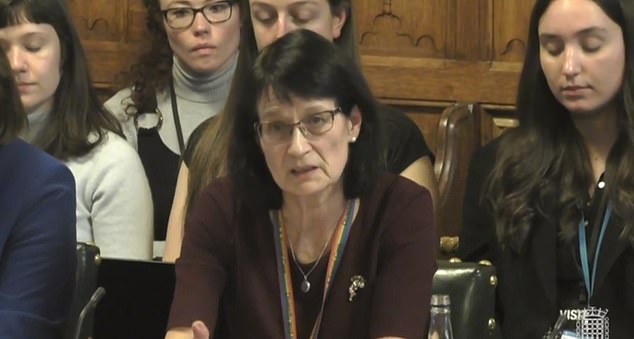 Dr Jenny Harries, chief executive of the UK Health Security Agency, said the end of top-up jabs is still not in sight the most vulnerable ‘relevant groups’ in society 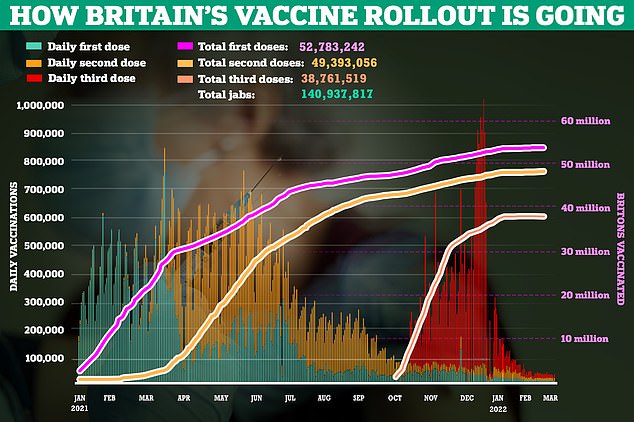 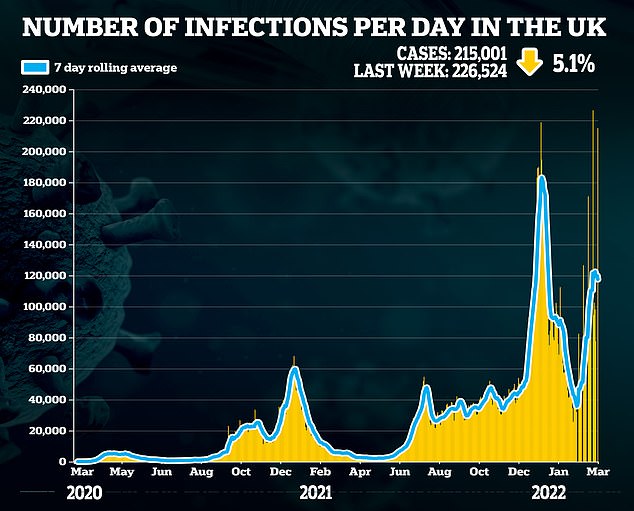 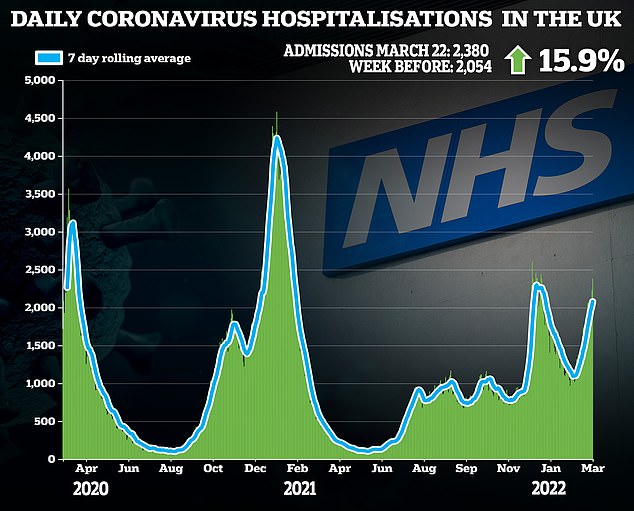 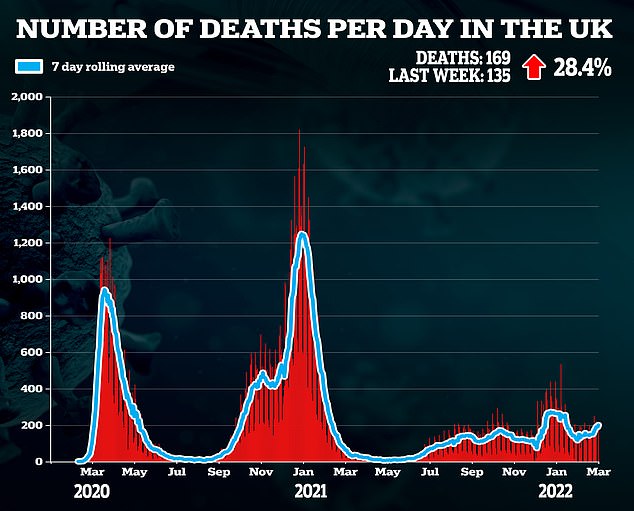 Britain’s Covid cases fell over the weekend in a sign that the current wave may be peaking, but both deaths and hospitalisations continued to rise.

There were 215,001 positive tests recorded from Saturday to Monday marking a five per cent drop on last week’s same tally, Government data showed.

Ministers stopped publishing daily figures on the weekend at the end of last month as part of the living with Covid strategy, and are now considering scrapping the 24-hour updates entirely.

Another 217 Covid deaths were also recorded over the last three days, an uptick of 28 per cent on the same period last week.

Hospitalisations with the virus climbed 15.9 per cent in a week, after another 2,380 were recorded on March 22 —the latest date UK-wide statistics are available for.

Dr Harries said: ‘The pandemic is not over so for the next 18 months, two years or so I think it will be a settling down period.

‘There are a couple of issues about when we might get a new variant and we can’t predict that with any certainty.

‘The Omicron wave was the fastest wave we have seen with a lot of uncertainty until our evaluative teams were able to assess how well vaccines were performing against it.

‘The other issue is what [type of vaccine] we want to procure.’

Health advisers are currently in discussion over whether to invest in vaccines tailored specifically to new variants or buy more standard jabs.

No10 bought 114million new Pfizer and Moderna doses in December for use over the next two years, while also investing in variant-specific doses for later in the year.

Dr Harries added: ‘The critical point … is that we retain really good working relationships with industry, with our research and academic colleagues, with our evaluation side of things to ensure that those conversations continue during this period of uncertainty.’

Her comments come after Health Secretary Sajid Javid hinted millions more may be eligible for top-up doses later this year, ahead of the country’s third Covid winter.

Grilled about the topic on ITV’s Peston programme, he did not specify exactly who would be invited in any roll-out this autumn. However, he admitted there may be a ‘need to give a lot more people a boost’.

Experts have speculated another inoculation drive this year could be expanded to include over-50s, effectively covering the same groups who will be offered a free flu vaccine on the NHS.

When asked if the booster drive would be widened to the general population, Mr Javid said: ‘I think at some point they will.’

Despite fears cases were spiralling again following the loosening of restrictions, Britain’s Covid cases fell over the weekend in a sign that the current wave may be peaking.

There were 215,001 positive tests recorded from Saturday to Monday marking a five per cent drop on last week’s same tally, Government data showed.

Ministers stopped publishing daily figures on the weekend at the end of last month as part of the living with Covid strategy, and are now considering scrapping the 24-hour updates entirely.

There are growing suggestions that infections, which also fell last Friday, could be peaking, four days before free lateral flow and PCR tests are dumped in England. They will remain available in Scotland until May, and in Wales until the end of June.

Experts have repeatedly called on ministers not to end the universal swabbing offer, warning it will leave them in the dark over major outbreaks in parts of the country.

But No10 today insisted it would not backtrack, arguing the country was now in a ‘vastly different’ position to last April when the tests first became available to all. 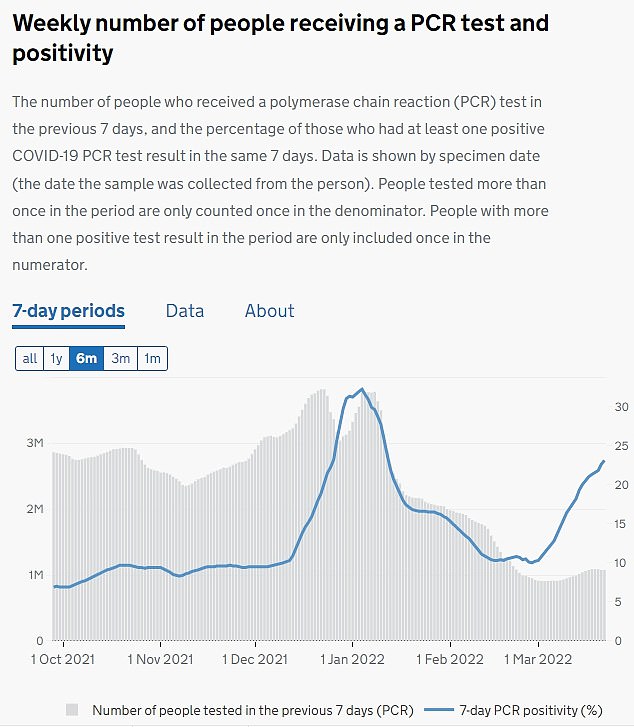