She’s All Shook Up! An animated Heather Mills, 54, channels Elvis in a white flared trouser suit for dinner as her ex-husband Paul McCartney, 80, prepares to headline Glastonbury

Heather Mills looked fabulously retro when she stepped out wearing a white flared trouser suit with a floral detail to meet her girlfriends for dinner on Wednesday.

The 54-year-old channelled Elvis wearing her suit with oversized white shades and heels as she headed to the popular Mayfair eatery Cecconi’s restaurant in London.

She carried a yellow clutch under her arm – and popped into the store Orlebar Brown to take a look at the designer swimwear in store.

She’s All Shook Up! Heather Mills, 54, channelled Elvis in a white flared trouser suit for dinner at Cecconi’s in London on Wednesday

The outing comes as her ex-husband Paul McCartney, 80, who Heather was married to from June 2002 – March 2008 prepares to headline Glastonbury this weekend.

And funnily enough, the rock legend once met Elvis. Paul once said: ‘Elvis was darn cool.

‘[I met him] pre-Las Vegas and the rhinestone suits. This was when he was in Beverly Hills, so he was really cool!’ 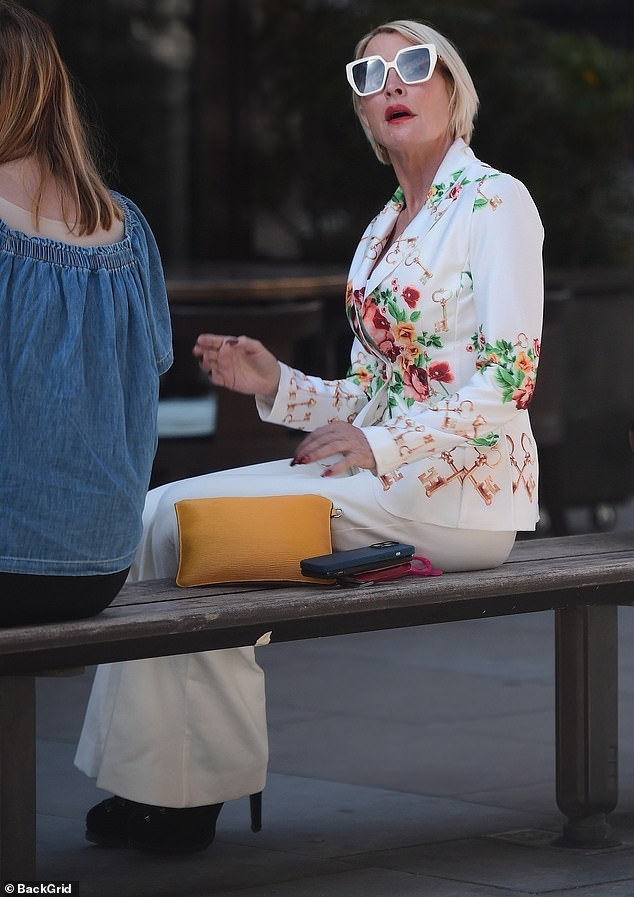 Looking up: She carried a yellow clutch – and popped into the store Orlebar Brown to take a look at the designer swimwear in store 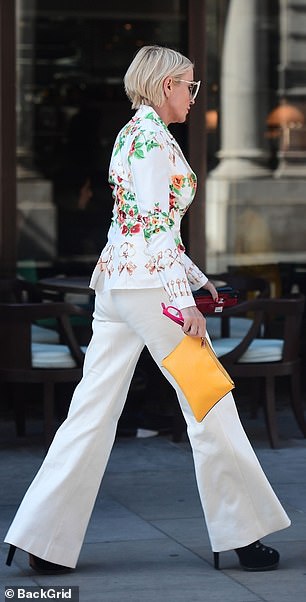 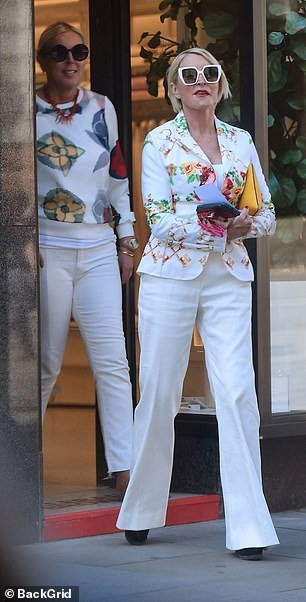 A flare for fashion: Heather  looked incredible in her two-piece as she stepped out in platforms

Paul and Heather share daughter Beatrice, 19 and in December 2021, Heather wed for a third time, despite having vowed never to wed again.

The couple started dating in the spring of 2019 and Mike, 36, who is 17 years her junior, was later seen wearing a gold wedding band.

Friends say that they had a beachside ceremony in the Maldives, on the palm fringed sand at the Anantara resort, where rooms start at £450 a night. 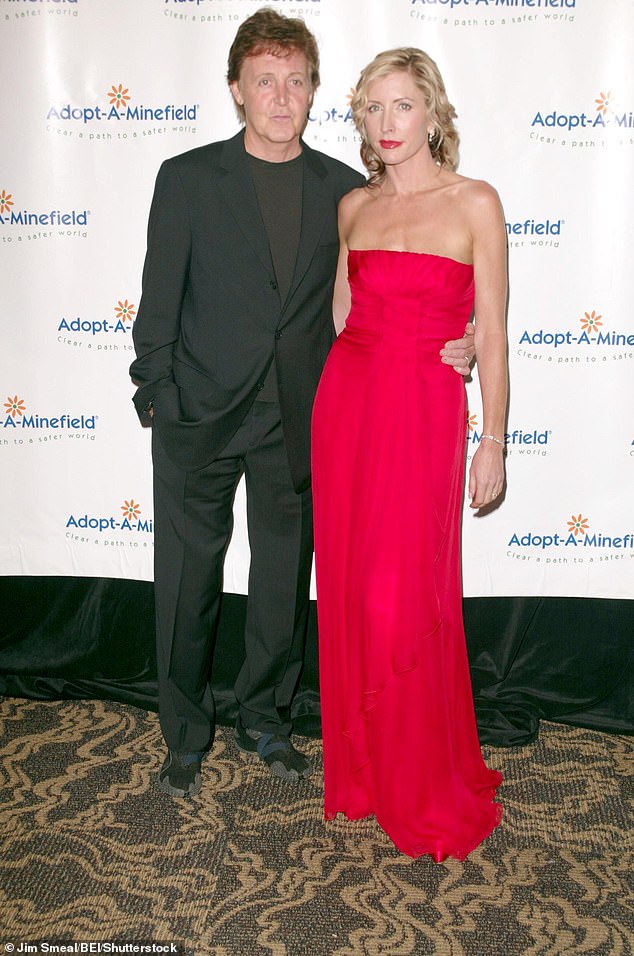 Past love; The outing comes as her ex-husband Paul McCartney, 80, who Heather was married to from June 2002 – March 2008 prepares to headline Glastonbury this weekend (pictured in October 2004)

It’s not known whether Beatrice was present. Sources say the couple are ‘happier than ever’ and that Heather appears to have at last found the man of her dreams.

The couple got engaged just before Christmas 2020, and were on holiday together in Dubai when news of the engagement broke in January. At the time she wrote: ‘What better way to spend my birthday than with the love of my life.’

A beach wedding is very different from her nuptials to Sir Paul McCartney, a £2.5million affair in the grandeur of Castle Leslie in Ireland in 2002. 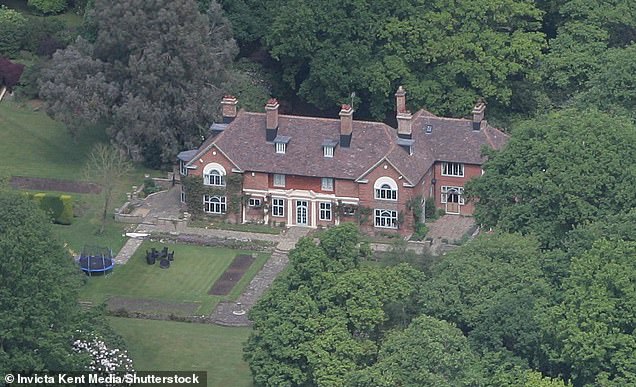 Luxe: Meanwhile, Heather has decided to sell her lavish East Sussex mansion 15 years after buying the property for £3.25m in 2007

Their marriage broke down after four years and she once responded ‘never again!’ when asked about tying the knot in future. Heather, 53, received more than £23million in cash and assets in their divorce settlement in 2008.

Meanwhile, Heather has decided to sell her lavish East Sussex mansion 15 years after buying the property for £3.25m in 2007.

But despite it’s sprawling land and the glamorous refurb that the former model put into it, she put it on the market for £3.5m – £250,000 more than she paid.

The property is complete with private woodland, eight-bedrooms, 6.5-bathrooms, a tennis court and swimming pool. 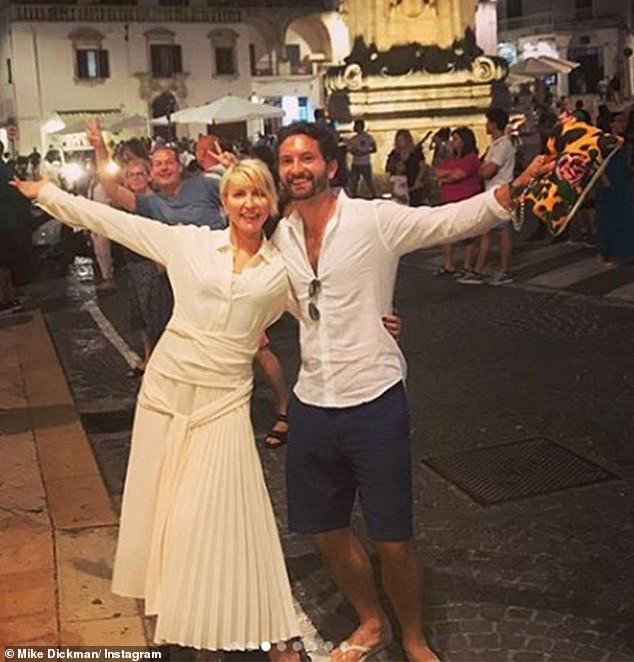 Loved up: After vowing to never marry again, she reportedly wed her third husband, film producer Mike Dickman at the end of last year