London Heathrow’s boss has denounced plans to force the airport to reduce passenger charges over the coming four years.

Under proposals by the UK Civil Aviation Authority published on Tuesday, the average maximum price per passenger Britain’s busiest airport can charge airlines will be slashed from £30.19 now to £26.31 by 2026.

This would be equivalent to a real-terms price reduction of 6 per cent each year up to 2026, by which time the cost will be more than a third below the £41.95 per passenger Heathrow wants to charge. 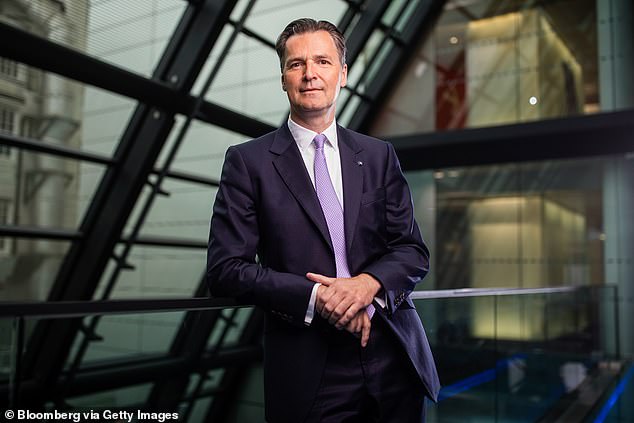 Warning: Heathrow chief executive John Holland-Kaye said that the CAA’s proposals would lead to a poorer quality of service for customers and discourage private investment

The public body argues that ‘affordable charges’ for passengers and  greater medium-term certainty for investors would help the airline industry’s recovery.

In addition, the CAA said the cap would still allow Heathrow to spend money on upgrades, including a new baggage system for Terminal 2 and next-generation security equipment.

But the airport’s chief executive John Holland-Kaye claims that the proposals would lead to a poorer quality of service for customers and discourage private investment.

He said: ‘The CAA continues to underestimate what it takes to deliver a good passenger service, both in terms of the level of investment and operating costs required and the fair incentive needed for private investors to finance it.

‘Uncorrected, these elements of the CAA’s proposal will only result in passengers getting a worse experience at Heathrow as investment in service dries up.’

The aviation regulator will now consider responses to its plans before a final decision is published sometime in the autumn. 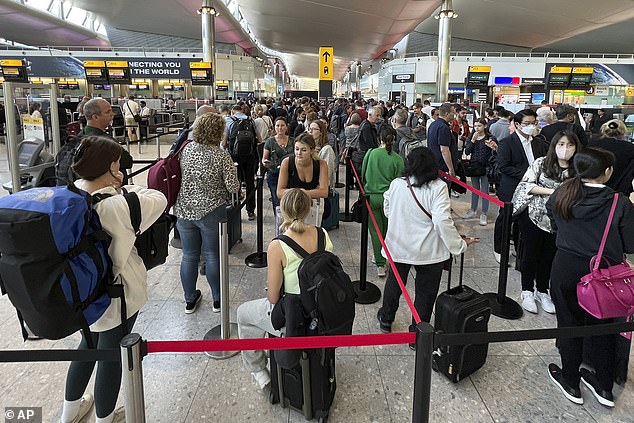 Recommendation: Under CAA proposals, Heathrow would have the average maximum price per passenger it can charge airlines slashed from £30.19 now to £26.31 by 2026

At the start of 2022, the airport was allowed to increase the maximum average fees by over half from £19.60 to its current level.

Regulators said the decision reflected the uncertain recovery in passenger travel, concerns about the costs of travel requirements, such as Covid testing, and the airport’s relatively high passenger charges.

Heathrow nonetheless condemned the cap, alleging that it was made on ‘rushed analysis’ and contained ‘material and basic errors’ that, if unamended, would leave it without sufficient funds for investment.

The airport has lost £4billion since the coronavirus pandemic began two years ago when onerous cross-border travel restrictions started being imposed.

Though airline travel has bounced back following the mass rollout of vaccination programmes, enduring uncertainty and travel restrictions means it remains far below pre-pandemic volumes.

Last week, Heathrow said it expected 54.4 million travellers to come through its premises this year, compared to 19.4 million in 2021, which was its lowest figure in 50 years, but two-thirds down from 2019 levels.

The dramatic rebound in passenger numbers has happened at the same time the airport has struggled with employee shortages, leading to widespread flight cancellations or long check-in delays.

This disruption is set to continue over the summer after British Airways check-in and ground staff based at Heathrow voted last week to take industrial action in a dispute over pay.