Helena Christensen put on an eye-popping display as she flashed her ample bust beneath sheer lingerie for her latest Coco de Mer campaign this week,

The supermodel, 53 – who recently shared previously unseen images of her late ex beau Michael Hutchence – looked incredible in a racy lace bralet, which revealed her cleavage and washboard abs.

She paired this with matching G-string underwear which highlighted her toned and tanned legs, completing the look with gold stiletto sandals. 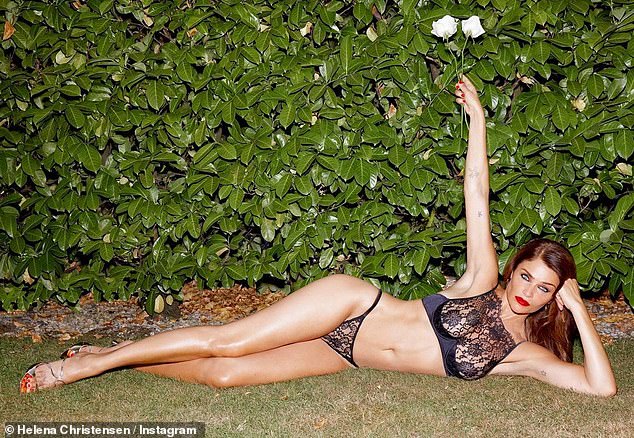 Wow: Helena Christensen put on an eye-popping display as she flashed her ample bust beneath sheer lingerie for her latest Coco de Mer campaign this week

Her tresses were styled in soft waves and she sported smoky eye make-up and red lipstick.

The star also wowed in a busty lace bodysuit as she struck a languid pose in the garden. 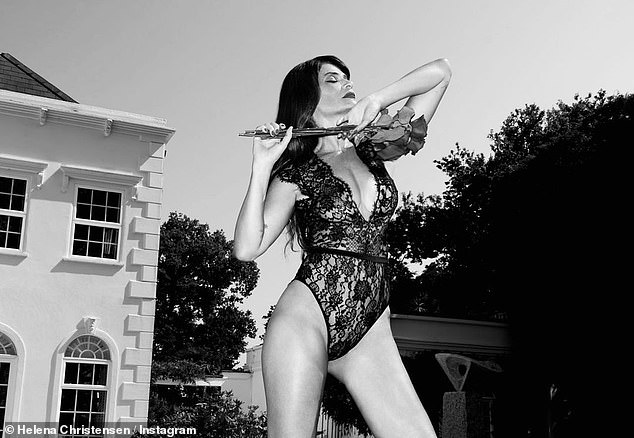 Incredible: The star also wowed in a busty lace bodysuit as she struck a languid pose in the garden

Her starring role in the music video for Chris Isaak’s hit song Wicked Game, which went on to make the top 10 of MTV’s Sexiest Video of All-Time list, elevated her name and gained her recognition with fans all across the world.

The shoot comes after Helena Christensen shared throwbacks of her late ex, INXS frontman, Hutchence after being slammed by his sister for keeping his brain injury a secret.

The Danish supermodel dated Michael for four years following his split from Kylie Minogue in 1991. 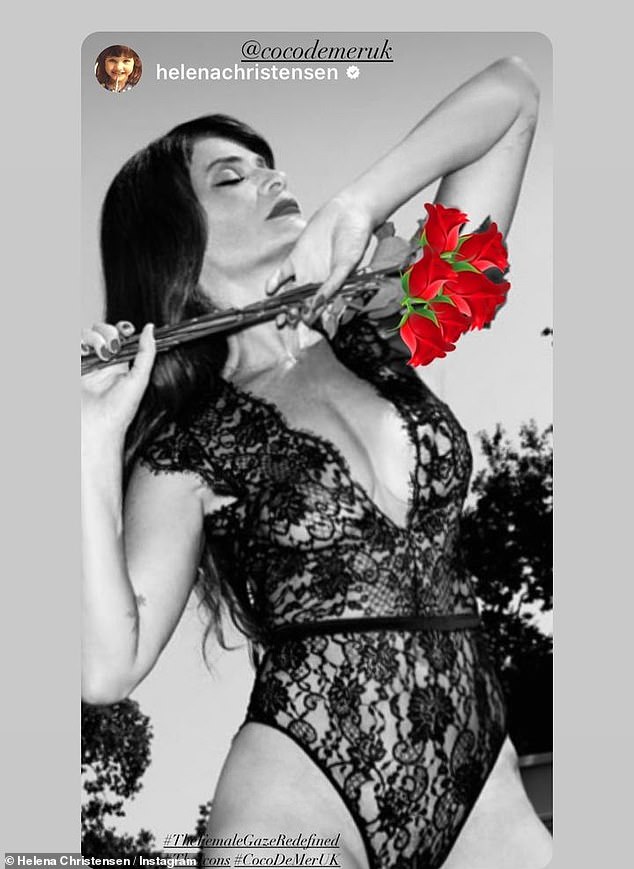 Stunning: Her tresses were styled in soft waves and she sported smoky eye make-up and red lipstick 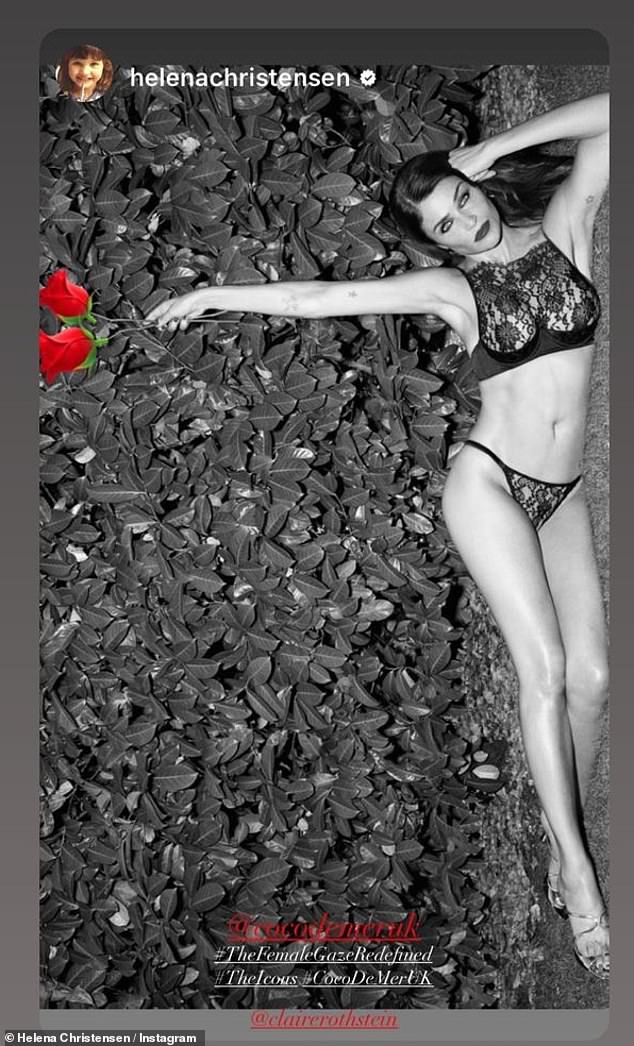 Leggy: She paired this with matching G-string underwear which highlighted her toned and tanned legs, completing the look with gold stiletto sandals

And sharing snaps from that time on Instagram on Tuesday, she wrote: ‘Hey Michael, was just on the phone with some friends of yours who all love you very much.

‘We shared some beautiful memories and of course we laughed a lot cause being around you was so fun and joyous.

‘You made everyone feel alive and loved, there was always such a magical light around you ~ a light that will never go out.

‘Thank you @fabrizioferriofficial for sharing these contact sheets with me ❤️.’

The post came after Michael’s sister slammed Helena for failing to reveal he suffered a brain injury on a visit to Denmark in August, 1992.

Tina Hutchence said her family only found out three years ago that the INXS frontman suffered a brain injury after he was punched by a Copenhagen cab driver. 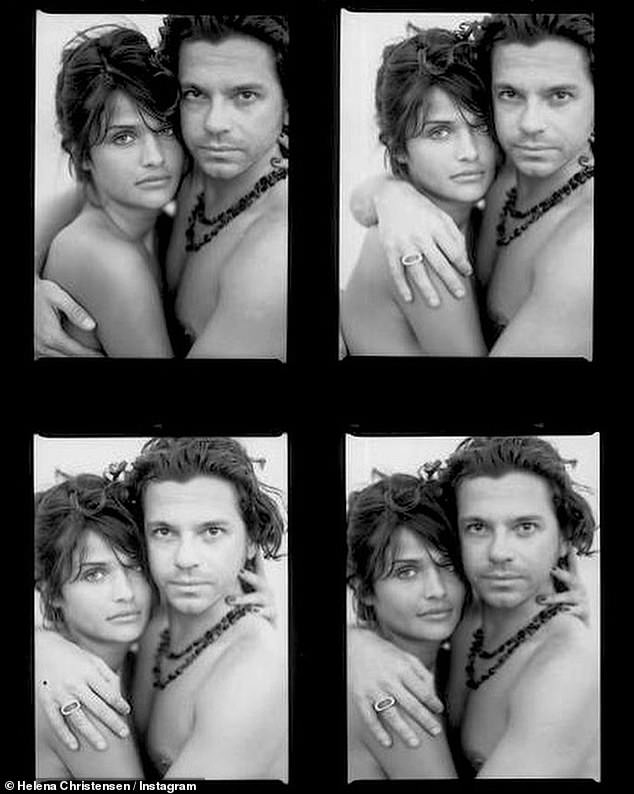 ‘You made everyone feel alive and loved’: Helena shared throwback photos of late ex-boyfriend INXS star Michael Hutchence on Instagram on Tuesday

Love: She shared this sweet caption alongside the images which was met with support from her famous pals

Speaking to The Sun this week, Tina said she was angry the 90s supermodel waited so long to talk about the incident, after Michael famously died of suicide in a Sydney hotel room back in November 22, 1997.

‘I know Michael was so happy with Helena and there was a time when I could not imagine them not being together,’ she said.

‘But I did feel angry when I first found out about the assault, as I felt it was her duty to say something to his family.’

Tina said there were ‘awful stories’ about Michael following his death, including that he passed away from a sex act gone wrong. She said Helena could have privately reached-out to their family. 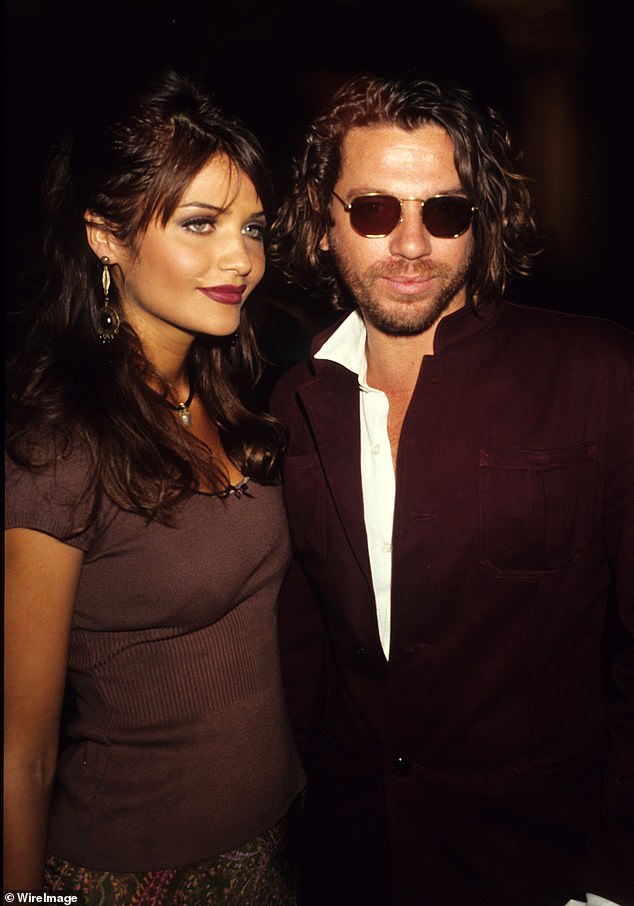 ‘I’m sure that if Michael (pictured with Helena) didn’t have that accident in Denmark, he would still be with us today,’ Tina Hutchence says

‘There were all these awful stories about Michael after he died, so for Helena not to tell us about the head injury was wrong. She was very close to our parents and could have easily reached out.’

Tina added: ‘I’m sure that if Michael didn’t have that accident in Denmark, he would still be with us today.’

Catwalk star Helena first spoke of the attack in 2019 in a documentary about the INXS frontman’s life, Mystify: Michael Hutchence.

Ms Christensen recounted the moment she witnessed the taxi driver yell at Hutchence to move out of his way before getting out of his car and punching him, ABC reported.

The punch was so forceful it pushed the singer backwards and he fell, smashing his head on the curb and leaving him unconscious in the middle of the street

‘He was unconscious and there was blood coming out of his mouth and ear,’ Ms Christensen recalled in the documentary. 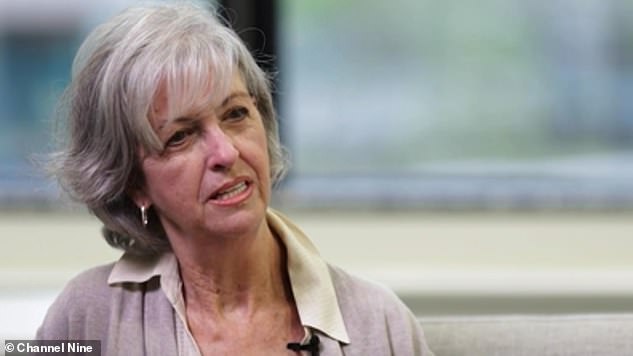 ‘For Helena not to tell us about the head injury was wrong,’ says Tina Hutchence (pictured)

The supermodel rushed Hutchence to hospital but thought he wouldn’t live through the night.

When he woke at the hospital, Christensen says he wasn’t the same person.

‘This dark, very angry side came out in him,’ she said.

In the week and a half he stayed at the Danish hospital, he was aggressive and would push away doctors and nurses, insisting he was fine to go home.

In the following month, he spent the entire time in the supermodel’s apartment refusing to eat and vomiting blood.

The couple then travelled to Paris where they visited a specialist, who confirmed that Hutchence’s sensory interest in food and wine was erased in the attack.

He also sustained multiple brain contusions and began taking drugs to deal with the pain caused from the injury. 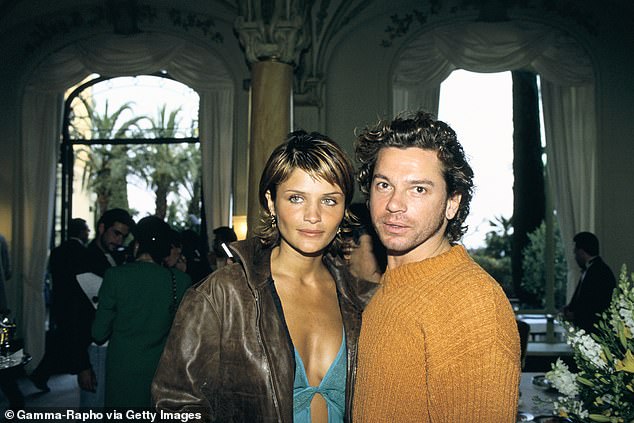 When Michael woke at the hospital after the accident, Helena says he wasn’t the same person