Help, my fingernails are starting to fall off! DR MARTIN SCURR answers your health questions

My nails have white flakes from about halfway up and are starting to detach from my fingertips. My GP says it is not a fungal problem. I wonder if I’m lacking some nutrients. I am 82.

I am as certain as I can be without examining your hands that you have psoriasis.

This is a common inflammatory disease, affecting one in 50 Britons, which occurs when the body’s immune system erroneously attacks healthy skin cells.

To compensate for this, the body ramps up production of new skin cells, replacing them every few days instead of every few weeks, leading to red, thickened patches of skin covered in silvery scales.

In most people, damage to fingernails (sometimes toenails) follows these symptoms, as inflammation of the skin of the nail bed disrupts nail growth. This can lead to pitting of the nail, where tiny dents form on the surface, or crumbling and separation from the nail bed. 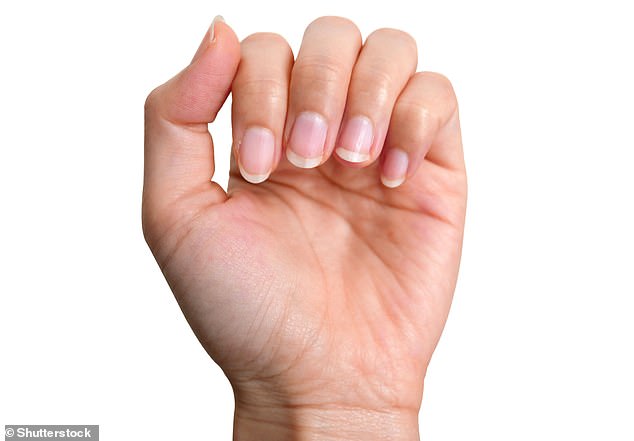 In most people, damage to fingernails (sometimes toenails) follows these symptoms, as inflammation of the skin of the nail bed disrupts nail growth

Occasionally, nail problems are the only symptom. One or several nails can be affected and the associated psychological distress should not be underestimated.

The severity of your condition will determine the best treatment. This might initially involve high-potency corticosteroids (in the form of a cream or an ointment) which tackle the inflammation, and a topical form of vitamin D called calcipotriol (vitamin D regulates calcium in the body, which is an essential component of having healthy nails).

This combination led to a moderate improvement in about half of those taking part in a 12-week study.

Another potential treatment is tacrolimus, an immunosuppressant drug that — when applied daily as a topical, localised ointment — acts on the immune mechanisms causing the nail bed damage.

Finally, it may be worth trying the herbal remedy indigo naturalis. A 24-week study found this remedy, which can be bought online as an oil and applied to the nails, to be more effective than calcipotriol. The theory is it has some effect on the unwanted immune response that is causing the damage.

The first step, however, is to ask your GP to refer you to a dermatologist, who will be able to both diagnose the condition and recommend the treatment best suited to your symptoms.

I am an 84-year-old man and for the past 18 months I have been experiencing hot flushes, followed by shivering, although I don’t perspire. I have had blood tests, scans and tests with no explanation. Could you suggest a solution?

Hot flushes can be caused by a number of events, such as emotional distress, intense embarrassment, hot drinks, alcohol or eating spicy foods. But these cause occasional flushes, not the persistent symptoms you describe.

Medications, such as those prescribed for Parkinson’s disease (e.g. levodopa) and for high blood pressure (e.g. diltiazem), can also cause hot flushes.

I am going to assume you are not taking any of these, though it’s also worth checking if you’re taking vitamin B3, as this can cause hot flushes, too.

An underlying health condition can trigger flushing, and it’s important to rule these out. One potential cause is carcinoid syndrome, where a rare tumour secretes certain hormones into the bloodstream. 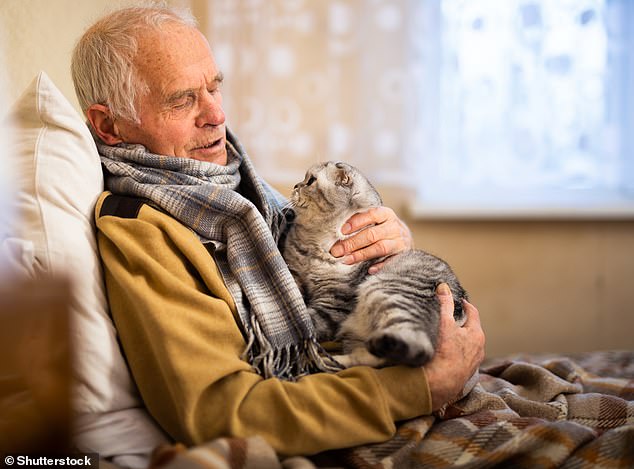 Hot flushes can be caused by a number of events, such as emotional distress, intense embarrassment, hot drinks, alcohol or eating spicy foods. But these cause occasional flushes, not the persistent symptoms you describe

Symptoms depend on where the tumour is and the hormones it is releasing, but flushing is a common symptom. Other signs include diarrhoea, wheezing and a rapid heartbeat.

I’d advise you to return to your specialist for more specific checks. Should the diagnosis be confirmed, surgery can be curative. Another option is to take medication that blocks hormone production by tumour cells. Injections of octreotide, for instance, can address the hot flushes which you, understandably, find so intolerable.

The long-term outlook can be very good — I have a friend who has had a carcinoid tumour contained by octreotide for more than 22 years.