Drugs giant GSK said encouraging results from a trial of its hepatitis B treatment have raised hopes for millions suffering from chronic infection.

It estimated its treatment bepirovirsen could generate peak annual sales of more than £2billion ($2.5billion) if later stage trials are successful. 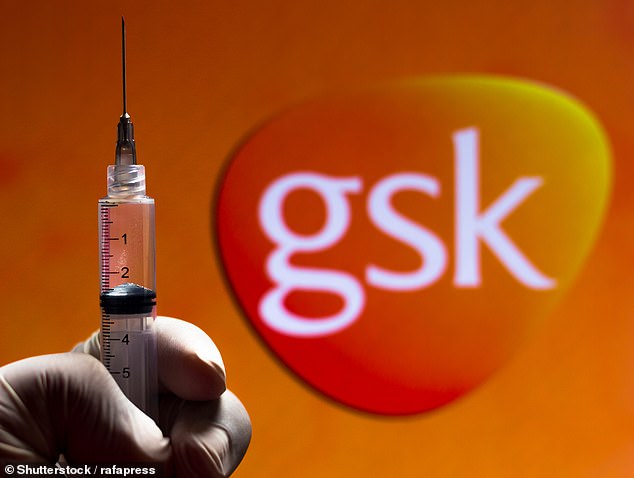 The development follows positive news earlier this month from a phase three trial in older adults for its RSV vaccine for respiratory disease.

Shareholders including activist Elliott view the RSV vaccine, for which GSK will seek approval by the end of the year, as vital for the company’s success and are likely to be cheered by the encouraging data on bepirovirsen.

There are already effective vaccines for hepatitis B. But nearly 300 million people suffer long-lasting complications when the body is unable to fend off the virus.

Around 900,000 patients die each year from chronic hepatitis B and, even when treated, it can progress to complications including cirrhosis and liver cancer.

The pharmaceutical company said initial results from a mid-stage study raised hopes for what it called a ‘functional cure’.

Chris Corsico, a senior vice president at the company, said yesterday the treatment has the potential to be ‘transformative.’

GSK, whose chief executive Dame Emma Walmsley has been under attack by Elliott and other shareholders, is poised to spin off its Sensodyne toothpaste and Advil painkillers consumer healthcare business, Haleon, next month.