Peyton Meyer revealed he’s the proud father of a baby boy with a charming post announcing the birth of his son.

The 23-year-old He’s All That actor and his wife Taela, cuddled up in bed as they shared the news that their son Ziggy was born.

‘2 years ago I sat on my kitchen table and begged for something to keep me moving forward. I asked whoever might be listening for a change in my life.’ 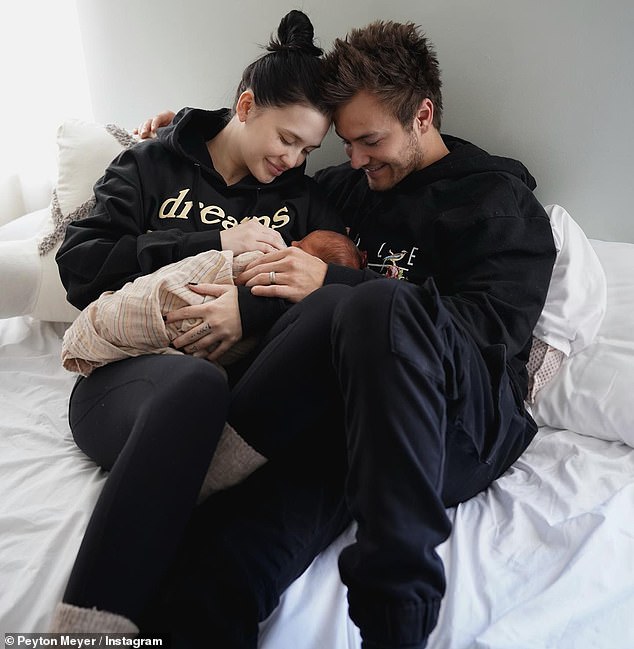 He’s all that: Actor Peyton Meyer and singer Taela are the proud parents of a baby boy. Both parents announced the arrival of Ziggy Bo on Instagram

‘I wanted what was next for me, I wanted my next adventure- my next challenge. I’m thankful for whoever heard me. You gifted me this. No matter how dark the world might get I will always know that the light is right around the corner. My beautiful boy Ziggy.’

Peyton and his wife looked blissful in the picture shared on social media, with both wearing black athleisure clothes while sitting on a white bed.

The baby was swaddled in a beige receiving blanket with multicolored stripes. 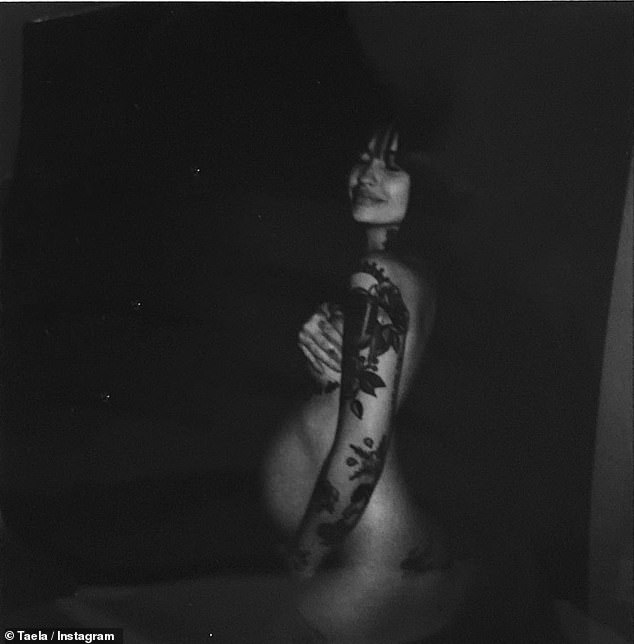 Oh baby!: The Bang singer and Girl Meets World actor announced they had married in October and posted this revealing baby bump photo in November, but revealed few other details about the pregnancy

The pair announced their marriage in October and the singer posted a revealing baby bump photo in November, but the two have said little about the pregnancy since.

A holiday photo of the couple posted in December and a photo Taela posted three weeks ago included no details about the pending arrival of young Ziggy.

He’s All That co-stars Madison Pettis and Andrew Matarazzo offered congratulations after the actor broke the happy news. 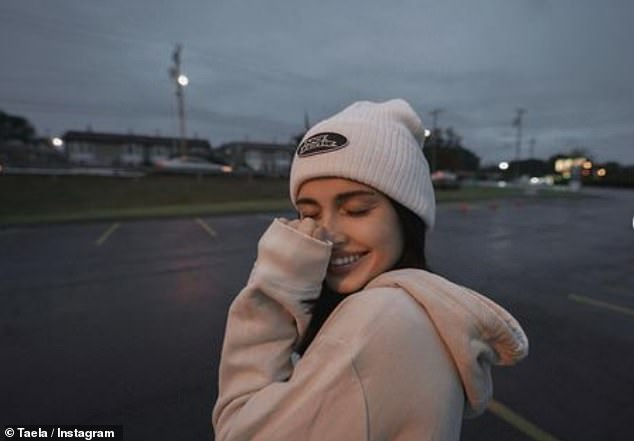 Happy news: The Trophy singer celebrated the single’s success on Instagram three weeks ago, but the picture didn’t include any indication of how far along she was in her pregnancy

In her Instagram post, the Trophy singer revealed the little one’s middle name writing, ‘i can’t even put this love into words. i am so grateful. Ziggy Bo.’

This is the second child for the 24-year-old artist.

She has a five year old son, River, from a previous relationship. 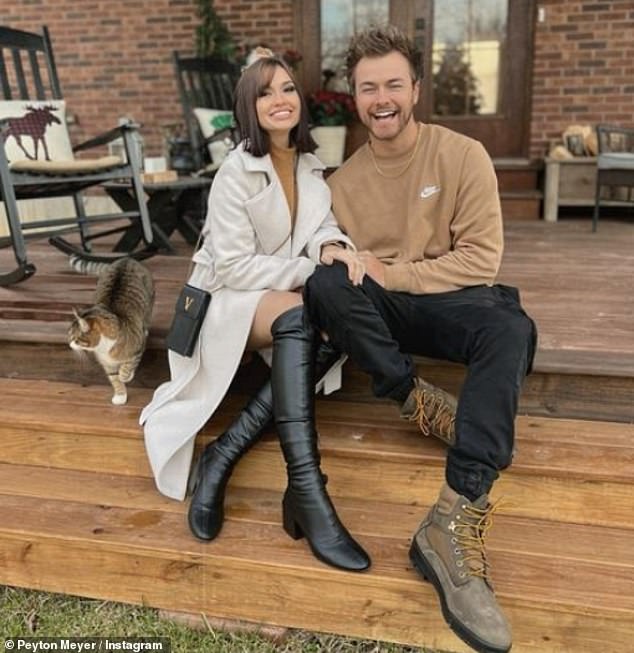 Family of four:  With the arrival of young Ziggy, their family has grown to four.  Taela has a five year old son, River, from a previous relationship