By Shivali Best For Mailonline

High-tech electric toilets that use water-jets to squirt water at users’ bottoms are ‘reservoirs’ for antibiotic-resistant superbugs, a new study has warned.

The futuristic toilets are commonly used in Japan and other parts of Asia, and use water to clean users’ bottoms, replacing the need for toilet paper.

Worryingly, this could increase the risk of dangerous germ transmission among patients, according to the team.

‘This is the first report of hospital transmissions associated with electric toilets and could have major implications for infection control,’ said Dr Itaru Nakamura, who led the research.

‘If water-jet nozzles are a source of hospital superbug cross-contamination, additional interventions – such as modified hand hygiene practices and toilet disinfection protocols – may be needed to stem the risk of transmission among healthcare providers and patients alike.’ 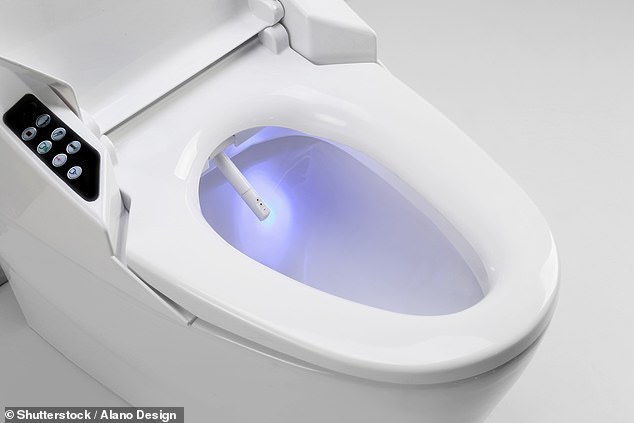 High-tech electric toilets that use water-jets to squirt water at users’ bottoms are ‘reservoirs’ for antibiotic-resistant superbugs, a new study has warned

P. aeruginosa naturally occurs in soil and freshwater, but it can also thrive on the moist surfaces in hospitals.

Because of the overuse of antibiotics, these bacteria have evolved the ability to withstand attempts to treat infections with drugs that once killed them. And infections caused by MDRP bacteria are becoming more common in both the community and hospitals.

While electric toilets are rare in the UK, they’re now featured in more than 80 per cent of Japanese households.

They feature an integrated bidet that uses a nozzle the size of a pencil to squirt water at the bottom, and clean the toilet.

While the nozzles are self-cleaning, and clean themselves after each operation, the new study suggests they may still harbour dangerous bacteria.

In the study, the team analysed the bacteria lingering on electric toilet nozzles in a haematology ward of Tokyo Medical University Hospital between September 2020 and January 2021.

The team made more than 10 visits to take samples from toilets used by three patients with MDRP infections, including two patients with severe sepsis.

Using genetic fingerprinting techniques, they looked to see whether the strains of MDRP from the three infected patients were the same as the environmental MDRP strain sampled from the toilet nozzles.

Worryingly, the analysis revealed that the samples matched, with strain ‘ST235’ dominating in all the samples – suggesting that transfers to and from patients were happening. 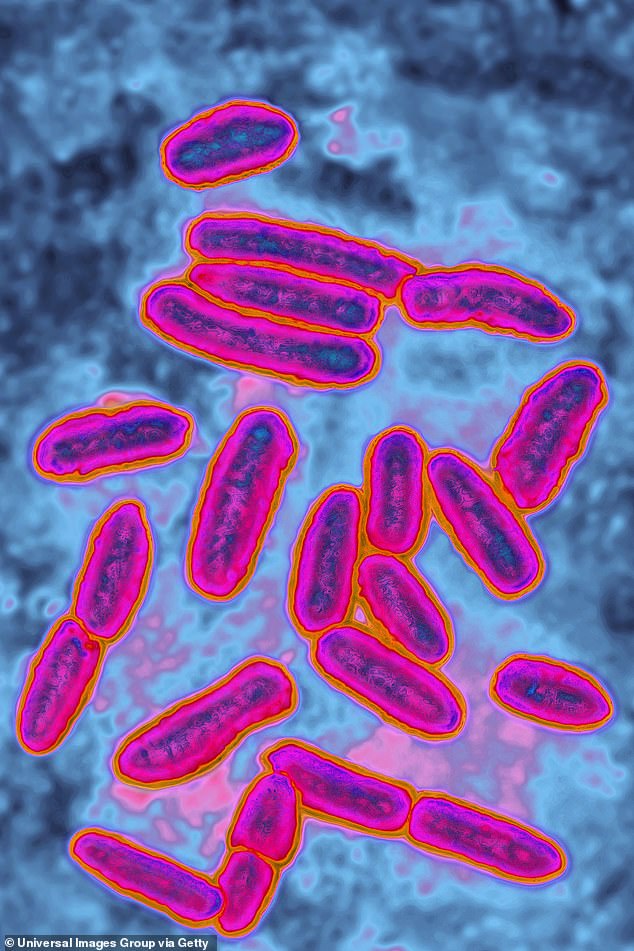 P. aeruginosa naturally occurs in soil and freshwater, but it can also thrive on the moist surfaces in hospitals

Dr Nakamura said: ‘In short, our findings imply that multidrug-resistant P. aeruginosa bacteria were being transmitted within the patient community, and critically that the infection may be spread within hospitals via contaminated electric toilet nozzles.’

The researchers highlight that there were several limitations with the study, including the fact that it only looked at electric toilets in a single hospital ward.

The genetic analysis was also not able to distinguish the direction of transfer, so it reamins unclear whether it was from the patient to the water-jet nozzles, or from the nozzles to the patients.

Regardless, the team hopes the findings will encourage good hospital hygiene.

‘With good hospital hygiene, which includes handwashing and environmental cleaning, we can control the spread of these pathogens, especially within in settings where patients’ immune systems are compromised,’ Dr Nakamura added.