Hofit Golan wowed onlookers at the screening of Triangle Of Sadness during the 75th annual Cannes Film Festival at Palais des Festivals on Saturday.

She elevated her height with a pair of dazzling silver heels and opted not to wear any accessories. 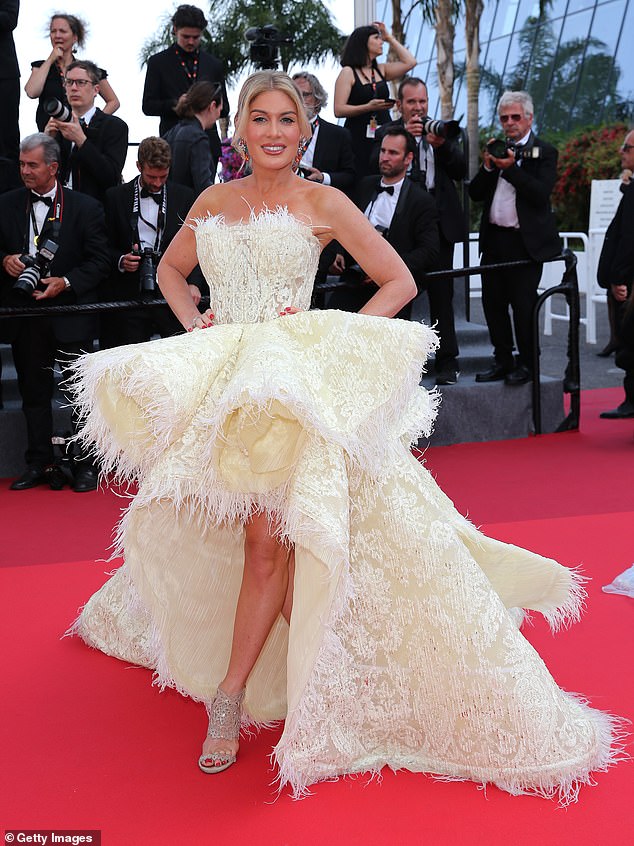 Hot stuff: Hofit Golan commanded attention in a cream lace dress with an unmissable ruffle feature at the Triangle Of Sadness screening during Cannes Film Festival on Saturday

Hofit wore her sandy tresses in a chic up-do while allowing for a selection of strands to loosely frame her face.

She waved at gawking onlookers while putting on a show during her appearance.

Starring Harris Dickinson, Charlbi Dean and Woody Harrelson, production on the highly-anticipated picture was paused twice in 2020 due to the Covid pandemic.

Triangle Of Sadness follows ‘two models and a cleaning lady become stranded on a desert island with a group of billionaires’. 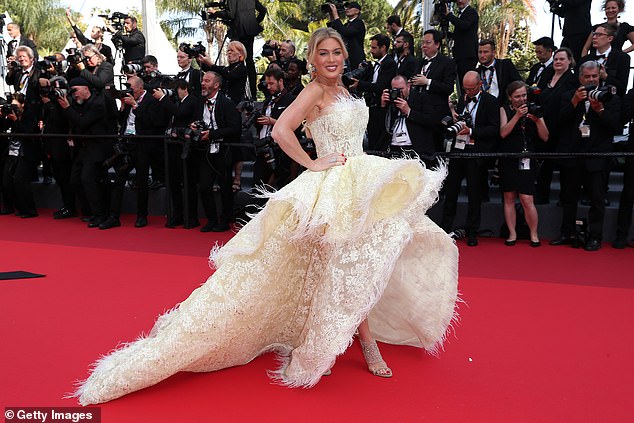 Looking good: She elevated her height with a pair of dazzling silver heels and opted not to wear any accessories 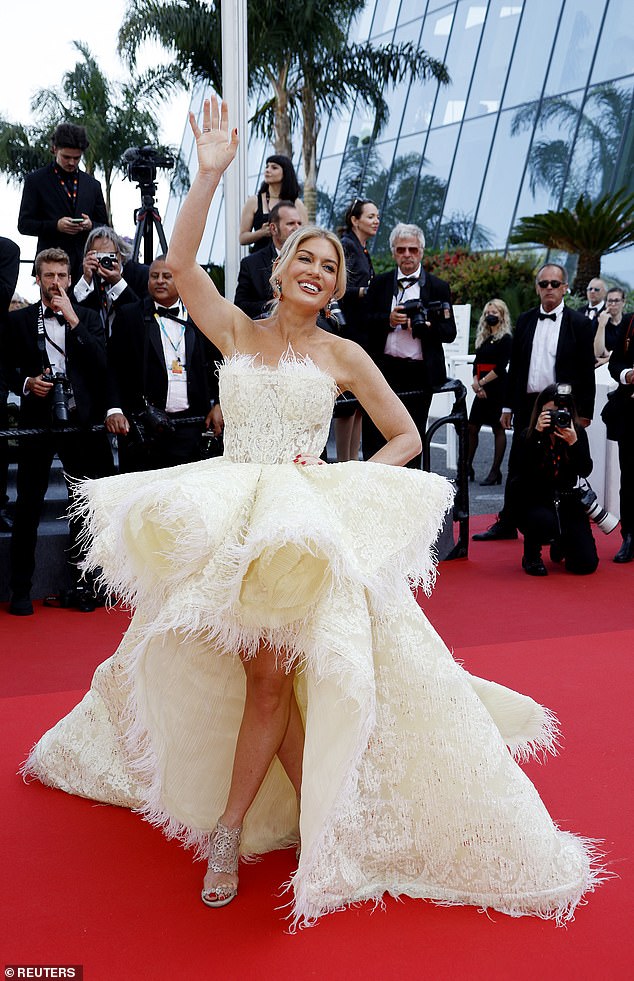 Waving: Hofit wore her sandy tresses in a chic up-do while allowing for a selection of strands to loosely frame her face

After Cannes was entirely cancelled in 2020 and held under strict health protocols in 2021, the red carpet returned in all its glamour on Tuesday night for the Opening Ceremony.

The film chosen to open the festival was Final Cut, a comedy love letter to filmmaking and Z-list zombie movies from the team behind the award-winning The Artist.

There is set to be an array of TikTok stars taking to the red carpet this year after organisers sought to refresh their image by partnering with the video streaming platform, which is sponsoring an award for short films.

In total, some 35,000 film professionals are expected to attend the festival between May 17 and 28, hoping for a return to form for cinema’s most glamorous event after two years when it was hampered by Covid-19 restrictions.

‘We are ready. The town hall has just redone everything – the whole place – so we hope it will go well,’ said Jeremie Tripet, manager of ‘L’Avenue’, a bistro just off the main drag known as La Croisette.

One major exception is the absence of Russians, due to the impact of sanctions over the war in Ukraine and a ruling from the organisers that state-linked delegates are not welcome. China is also expected to have a limited presence due to its continuing Covid restrictions.

But otherwise the festival is keen to put the pandemic in the past, with no mandatory masks or health passes this year – and no restrictions to partying.

The world’s biggest film festival will conclude with the Closing Ceremony on May 28.

Spellbinding: Triangle Of Sadness follows ‘two models and a cleaning lady become stranded on a desert island with a group of billionaires’

David Gandy, 42, parades his ripped physique as he strips down to model his new Poolside Collection