On the latest episode of Mama June: Road to Redemption the family take turns speaking one-on-one with Dr. Ish.

The string of therapy sessions was organized by Lauryn ‘Pumpkin’ Shannon, 22, in an effort to strengthen the household dynamic.

The psychologist picked the girls’ brains about how they were feeling about ‘Mama’ June Shannon, 42, after the previous episode saw filming shut down when she tested positive for Covid-19. 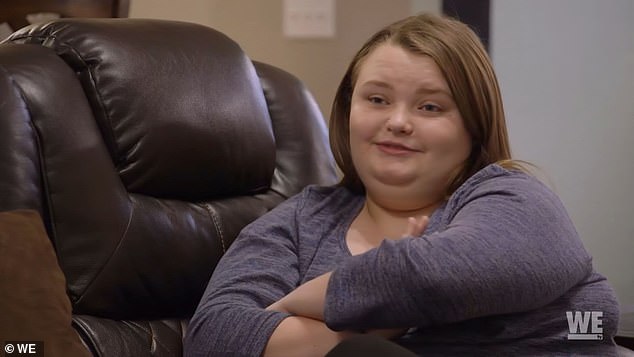 Alana ‘Honey Boo Boo’ Thompson’s, 16, was the first to chat with the mental health professional.

The first scene opened with the teenager explaining about her troubled mother: ‘I think she’s just so overpowered by herself that she can’t even love nobody else.’

As Dr. Ish asked the public figure her thoughts on the state of their relationship, she lamented that she has learned not to expect much from her mom.

‘I just feel like it’s just really messed up because me and Mama used to be so close. We used to do everything together, and now it’s like she done disappeared on me,’ she described. 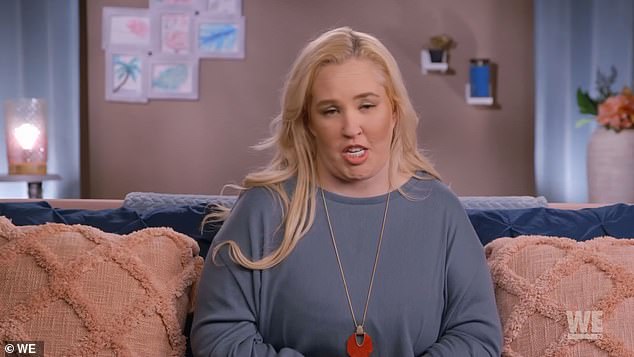 While the former pageant queen’s conversation went without tears, her older sister Jessica, 25, had a harder time.

She cried as she reflected back on her strained relationship with June, who’s historically given more attention to a revolving door of suitors than her four daughters.

When Dr. Ish asked Jess (also known as Chubbs) how her mother’s behavior has affected her life she became emotional.

‘At this point, it’s like whatever. For the first half of my life, I lived with Doe Doe. I mean, I didn’t know what Mama was up to. I just learned to grow up on my own, and Mama wasn’t around then and she’s barely around now,’ she admitted.

Their talk ended with the doctor reassuring the young woman that she’s worthy of love as she credited Pumpkin and her husband Josh for opening their home to her.

‘I mean, they do a lot. A lot. I’m grown — they could have told me, “You know, Jessica, you’re old enough, like, you need to do your own thing.” And they could have just, you know, not basically not been around like Mama has,’ she noted. 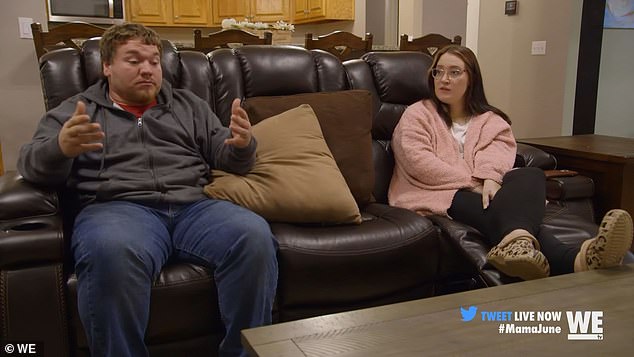 Hashing it out: When it came to the couple’s session with their therapist, Josh expressed frustration over Pumpkin continuing to have a relationship with her mom

When it came to the couple’s session with their therapist, Josh expressed frustration over Pumpkin continuing to have a relationship with her mom.

‘Um, it’s been tough, man. It’s been stressful,’ he replied when Dr. Ish asked how he was doing.

Reaching his breaking point, he brought up the last episode, in which it was revealed June had given some members of the family Covid after showing up uninvited to Alana’s birthday party.

‘All of the f***** up, unfortunate events that June has caused, yet you still allow her in your life. That’s what hurts me the most. That is why I’m angry,’ he continued. ‘I didn’t ask for this. There’s only so much hanging around that I can do.’

He shed a tear during the emotional moment with his wife as she listened to his feelings intently. ‘There’s no room for your mama in my life anymore,’ he made clear. 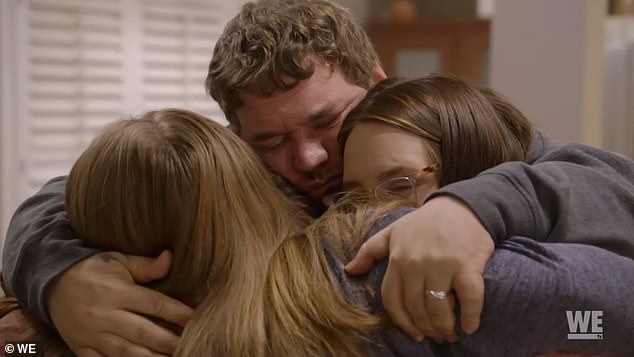 United: Eventually the family all came together to talk to Dr. Ish who assured them, ‘You’re doing so much better than you think you are’

Lauryn replied from her point of view, noting that, ‘I’m trying to do my best to do what I need to do for my family and be there for [my mom]. But it’s just become so stressful for me to do that and do this. And I’m happy… but I’m not happy, if that makes sense.’

Dr. Ish helped the couple, who married in 2018 and share two kids, come to an understanding that they’re in it together.

Eventually the family all came together to talk to Dr. Ish who assured them, ‘You’re doing so much better than you think you are.’

He also told Pumpkin and Josh that they needed to collectively establish boundaries with Shannon in order to maintain peace in their marriage and household. 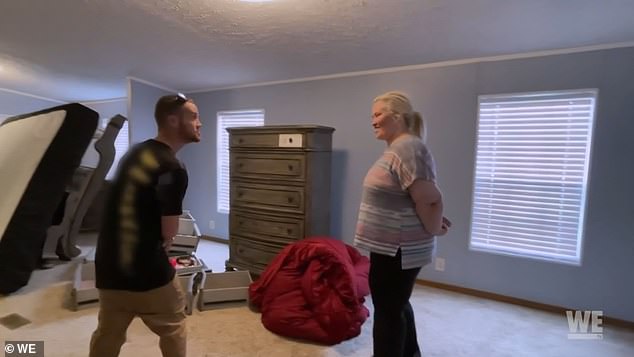 Surprise move: Mama June secretly moved back to Georgia to be closer to her daughters

Following a brief resolution it was revealed that June would be moving into a trailer with her latest love interest, Justin Stroud – who’s now her husband.

She kept the move a secret, including the location – which was up the street from Pumpkin’s house.

In a shocking scene Justin said he didn’t know if he was ‘in love’ with June as they unpacked and set up furniture.

It came after a cameraman asked the star if she was in love, to which she emphatically replied: ‘Yes.’

Swooning as Justin entered the space, Stroud said, ‘I don’t know. It’s a little too… I mean. It’s what I’ve been trying to tell you.’

Mama June didn’t seem to mind his response as she kissed him goodbye.

Later, speaking on the unexpected move, she said: ‘I want to show [my family] that I’m established. I want them to know I’m here and that I’m going to be here.’ 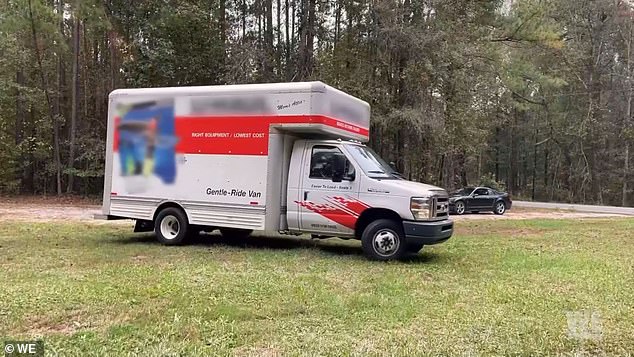 New life: June unpacked her U-Haul with her now-husband Justin

Dralin shared a moment with protective father figure to Alana, her brother-in-law, Josh.

He inquired about where the two were were headed for the date, which ended up being bowling.

At the end of the night the new couple shared a kiss in front of the family home. 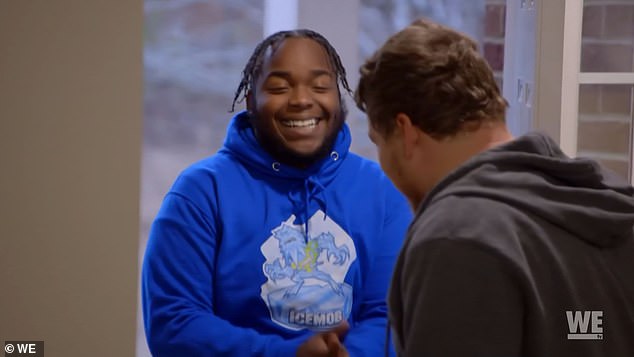 The episode ended on somewhat of a cliffhanger as Lauryn showed up unannounced to her mom’s new residence.

Jessica joined her as her younger sister and mom exchanged expletive-laced words.

Justin even stepped outside for a moment to meet the girls, but Lauryn didn’t give him a warm welcome, as the first thing she pointed out his missing teeth.

The episode ended in an unresolved standoff between June and her displeased daughters.