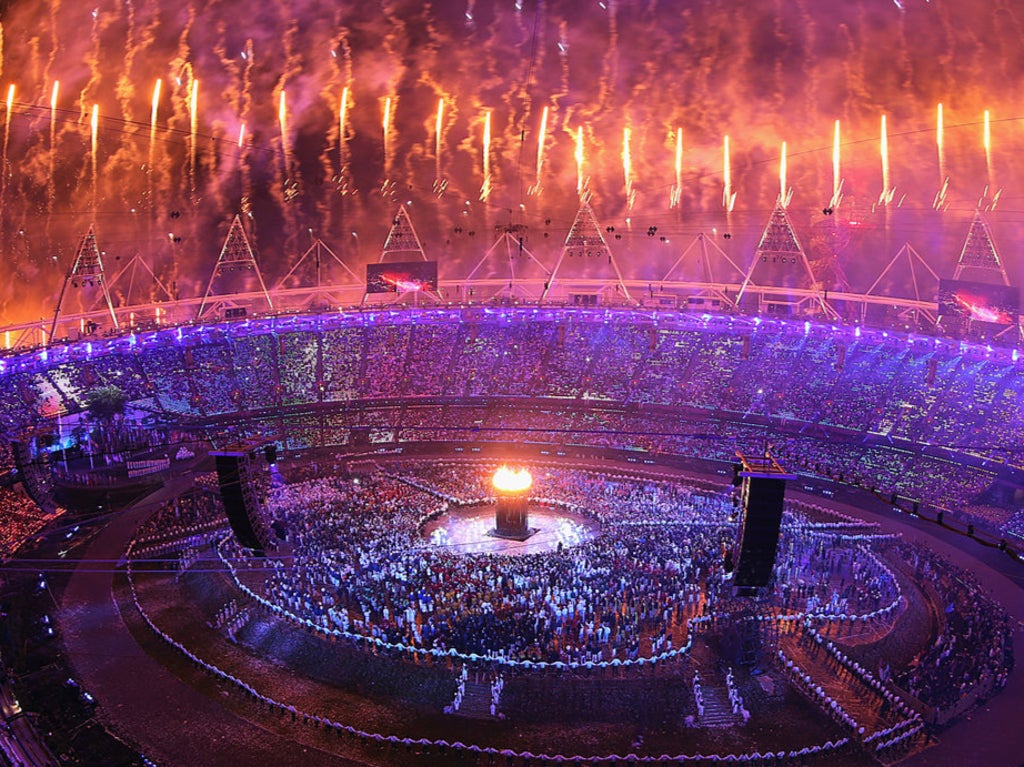 The Olympic opening ceremony in Japan today will be “sobering,” according to a senior advisor to the Tokyo Games. Covid-19 has put a dampener on the excitement that usually accompanies the quadrennial festival of sport.

It is in stark contrast to the intoxicating mood that surrounded London’s prelude to the Games nine years ago. Danny Boyle’s Isles of Wonder show seemed to capture the essence of a nation. The rest of the planet looked on approvingly. “Britain presented itself to the world as something it has often struggled to express even to itself,” The New York Times said. “A nation secure in its own post-empire identity, whatever that actually is.”

That sort of analysis was commonplace but fewer verdicts have aged as badly. London’s latest venture onto sport’s international stage ended this month in violence and rancour as supporters stormed Wembley for the final of Euro 2020. The trouble around the stadium will likely mean that the UK and Ireland will be passed over in the joint bid for the 2030 World Cup. Britain has become more divided than ever since the high-water mark of the Olympics. Sport is increasingly one of the battlegrounds in a culture war.

Viewing the 2012 ceremony again is jarring. Boyle’s tribute to the NHS – which sparked the fury of Conservative MPs – filled the arena with hospital beds and dancing nurses and doctors tending to happy, healthy children. It was impossible to imagine that the venue, now rebadged as London Stadium, would be turned into a medical facility to administer coronavirus vaccines within a decade.

In Boyle’s idealised version of the health service, the nursing staff had time to read a bedtime story to their patients. How it differs from the modern reality, with the morale and wellbeing of medical professionals pushed to the brink by the pandemic.

Even the children’s bad dreams projected a particular sort of Britishness. Wickedness lurks in Neverland. Dark forces rose up in Stratford: the Queen of Hearts, Cruella de Vil, Voldermort, Boris Johnson… The real horror story was not a work of fiction.

The presence of the then London mayor was a foretaste of the nightmares to come. On the day of the opening ceremony, Johnson spoke to ITV News and described enthusiasm for the Olympics as being like “some kind of benign contagion that is passing between people”. That seems like a foretelling of doom on a number of levels. Various forms of sickness have swept the country in the days since the summer of 2012 and Johnson’s impact on them all has been far from benign.

Racism and xenophobia were already on the rise by the time the Olympic torch came to London. Boyle’s vision contained a suburban, middle-class, mixed-race family with a multi-ethnic group of friends – the type of people that seem to exist mainly in television shows and advertisements. The impression was that bigotry was on the retreat in Britain, a conviction reinforced by an earlier nod to the Windrush arrivals. Nothing could be further from the truth and you only had to look at sport to see the disturbing trends.

Just nine months earlier football had been engulfed in two racism scandals within the space of a week. Liverpool’s Luis Suarez abused Manchester United’s Patrice Evra at Anfield and Chelsea’s John Terry shouted racist insults at Queens Park Rangers’ Anton Ferdinand. Instead of the universal condemnation that these incidents should have generated, they divided opinion to a disturbing extent. A section of the Chelsea fanbase backed Terry to the hilt. That was no surprise given the right-wing elements that had long attached themselves to the club. Fabio Capello, the England manager from 2007-2012, was unhappy when Terry was stripped of the national team’s captaincy. The Italian was not on his own.

The Suarez situation was an even more depressing indicator of the mood. A large proportion of Liverpool’s supposedly left-wing hardcore support accepted the Uruguayan’s frankly preposterous story and blamed the victim, inventing a history of racist wolf-crying around Evra. Many of those who raged against Suarez’s punishment were from Merseyside’s melting pot. They left their anti-racism credentials behind when they entered the turnstiles.

Football is a weather vane for British society. A meaner mood was sweeping the country. Bigots had been on the retreat for more than two decades but, even as the Olympics projected an inclusive nation, the racists were coming out of the closet with a vengeance.

By the time the Games took place austerity was biting hard. There had been riots the previous year. The migrant crisis was around the corner. The Isles of Wonder were rapidly becoming Fortress Britain, closed and suspicious, glorying in isolation on the edge of Europe. Few would have heard the word “Brexit” on the rainy night in 2012. It was soon to be branded painfully into the lexicon of British history.

There was little mention of the Empire in the opening ceremony, which was just as well. According to All The Countries We’ve Ever Invaded: And The Few We Never Got Round To, a book by historian Stuart Laycock (which, handily, was published in 2012), only 21 of the 204 competing nations had not experienced some form of British imperial activity. Thousands of athletes from these lands were waiting to join the celebration.

The commentators were moved by the sight of “the youth of the world coming together”. The memory is even more poignant nine years on.

When the ceremony ended London’s participants were free to go back to the Olympic village and revel in the experience of mixing with each other. The athletes in Tokyo will need to be extremely inventive if they are to enjoy the romance without borders that is traditional in the accommodation blocks of these global get-togethers. Covid is a nasty chaperone.

Connecting people was a theme for Boyle. Tim Berners-Lee was introduced as the inventor of the World Wide Web. “Imagine our lives without it,” an announcer said, unable to envisage the negative aspect of this technology and that social media would play a part in London’s latest sporting nadir, with Marcus Rashford, Jadon Sancho and Bukayo Sako on the receiving end of vile online racist insults after missing penalties in the Euro 2020 final. Athletes of every description are increasingly wary of logging on to the internet. It is not a safe place for sportsmen and women.

Yet the opening ceremony captured a moment. The Sydney Morning Herald said: “This is a country of royals and aristocrats, but Boyle’s show rejoiced in the commoner.” That was probably going too far in the emotion of the moment but the show had Pearly Kings and parachuting Queens – a set-piece which did little to bolster the dignity of the monarchy – and plenty in between.

Much of it referenced the past, sometimes uncomfortably – Bradley Wiggins’s mod haircut being one of the more trivial examples. But it was a bold attempt to jigsaw together a nation that was already splintering.

The forces of history had turned by the time the London Olympics started. Britain had already lost the sense of what made it great. The opening ceremony sought to find it. Watching it again is sobering in a different way to what is occurring in Tokyo. Sadly, 2012 now feels like a golden age.

Tokyo 2020: Why are the Olympic skateboarders all so young?