HSBC is slashing the opening hours at more than a quarter of its branches.

The bank had cut opening times temporarily during the pandemic. But these changes will be permanent at 122 of its 441 branches.

At 26 locations, hours will be cut by more than 30 per cent. And 96 will be open for an hour less each day. 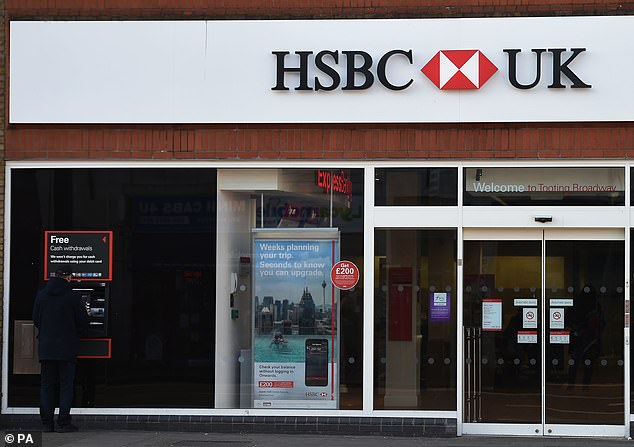 But the bank is also extending opening hours by half an hour at 148 branches. HSBC claimed fewer customers were visiting as more manage accounts online.

However campaigner Derek French warned the move could be a cynical ploy to axe more sites.

The former bank executive said: ‘By closing branches and slashing hours, they are forcing more customers to do banking online.

‘While some people will be doing this by choice, others will be forced to do this against their will and not happy about doing so.’

The Epsom branch was open from 9am to 5pm but will only open between 9.30am and 3.30pm on weekdays, and will shut on Saturday, while the Canary Wharf branch will open at 9.30am in the week, 90 minutes later than it used to, with closing brought forward by from 7pm to 4.30pm.