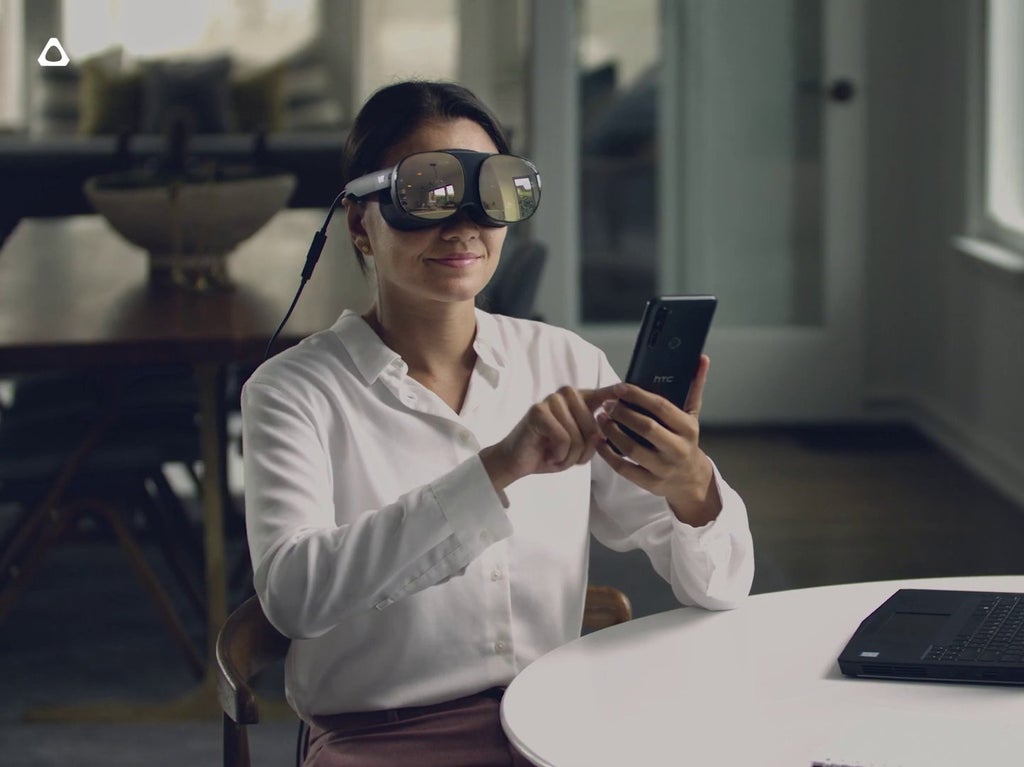 Notorious leaker Evan Blass shared on his Twitter account a series of photos about the new device, which will apparently cost $499 at launch.

The headset has a large yellow area around the eyes that appear to have cameras embedded near them, and it looks like it will require a cable to work – attached to a cylindrical device, the function of which is not yet known.

The images, however, do seem to suggest that the headset has an internal processor and could work plugged into a phone. It is possible that the tube is a carrying case that also provides extra power to the headset.

These leaks come shortly after a report from Protocol about HTC’s new headset, with several lifestyle images suggesting the device will be made for meditation and media consumption.

The company is also apparently working on a metaverse-like service called Viveport Verse that will provide real-time interaction across VR and non-VR devices. Many tech companies, most vocally Facebook but also Razer, have been advocating for a merging of the digital and real worlds in order to increase productivity and make it easier to meet people.

Critics, however, point out that the origins of the metaverse is Neal Stephenson’s 1992 Snow Crash, which paints it as “a poor, desperate nation that is literally governed by corporate franchises,” Vice’s Brian Merchant wrote.

HTC’s Viveport Verse will allow people to “explore the world beyond physical space… meet people around the world” and “explore a variety of events, from virtual tourism and exhibitions to sports events and festivals,” according to a public staging site.

Protocol’s report suggests that the headset does not need to be connected to a PC – similar to Facebook’s popular Oculus Quest 2 device – and will feature some ‘casual gaming’. It will launch without handheld controllers, suggesting that it will use motion tracking through the front-facing cameras to work and navigate through menus, which is also a feature of the Oculus Quest 2.

While the headset will apparently have a less powerful chipset than the Quest 2, it will feature six degrees of freedom tracking making it more immersive than Facebook’s now-discontinued Oculus Go device, the report said.

HTC has developed its own VR meeting and productivity service called Vive Sync too, as part as a push towards the enterprise market. Recently, Facebook unveiled its own service called “Horizon Workrooms”, which shows avatars of everyone in a meeting talking with each other, as if they were really together.

HTC did not immediately respond to a request for comment from The Independent.

Trump announces launch of his very own social media site