After Judge Kaplan ruled not to throw out the civil sex assault case brought against him, commentators erupted at the Prince. Among the prominent voices, Janet Street-Porter claimed the Duke of York, 61, is “a man who has run out of road”, while Camilla Tominey called the case a “massive blow” for the “beleaguered prince”.

Lawyers for Prince Andrew had previously cited a 2009 settlement between convicted sex offender Jeffrey Epstein and the Duke’s accuser, Virginia Giuffre, as grounds for the dismissal.

They argued Ms Giuffre had waived her right to pursue a claim against the royal.

However, Judge Kaplan said the case could continue, adding that this ruling did not determine the “truth or falsity” of Ms Giuffre’s complaint.

The ruling now means the case moves to the “discovery” phase. 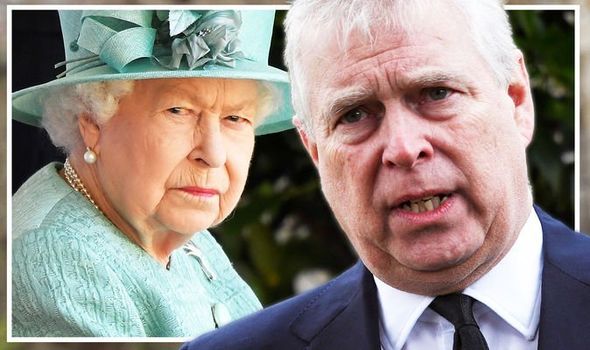 As the case progresses towards trial, Andrew, Ms Giuffre and any other potential witnesses would have to give depositions.

Ms Giuffre, 38, alleges the Duke of York sexually abused her on three separate occasions in 2001 when she was a minor under US law.

The Duke of York has repeatedly denied her claims.

The judge has said that he wants the deposition to be completed by July – just a month after when most celebrations for the Queen’s Platinum Jubilee occur.

A civil trial in the autumn is now on the horizon, where Ms Giuffre can put forward her allegations.

The Duke of York can decide whether to engage with the American legal system to defend himself against the allegations or to reach an out-of-court settlement with Ms Giuffre.

In an op-ed published for the MailOnline, Ms Street-Porter commented on the development, claiming that there’s only one route the Duke can now take.

She wrote: “Idiot Andrew is out of options. The only thing he can do now to avoid humiliating his mother in court is to pay off his sex accuser and vanish forever from British life.”

The broadcaster and journalist claims the Duke’s attempt to have the case dismissed has caused him “reputational damage”.

She adds: “Whatever really happened between Virginia Giuffre and Prince Andrew will be decided in court, but the damage to his standing is devastating.

“If Andrew decides to contest the case, he could harm the Monarchy and it would certainly shine a light on aspects of his personal life and friendship choices no member of the Royal family would willingly disclose. What’s left of his privacy would vanish.”

Ms Tominey, associate editor of the Telegraph also chimed in on the ruling, calling the judge’s refusal to dismiss the case “a catastrophic blow to the already beleaguered prince”.

Ms Tominey adds that the discovery process, which will see Andrew and his accuser being questioned by the other’s lawyers under oath, before the world’s media “is likely to cause embarrassment not only to the royal father of two but his family.”

She claims that “the only real way the Duke can have any hope of clearing his name is with a court victory” unless the case is thrown out on a legal technicality, or an agreement is reached out of court for an “undisclosed sum” of damages.

Ms Tominey also makes references to the calls to axe all of Prince Andrew’s military titles until the outcome of the case.

She writes: “A better idea might be for a Duke, who so fiercely protests both his innocence and his love for his mother, to relinquish them now, confident that he will be cleared come autumn.”

While in the Sun, Rod Liddle claims if the trial goes ahead it will be the “court case of the century”.

Within his comment piece for the paper, Mr Liddle also mocks the Duke’s claims that he can’t sweat due to a “peculiar medical condition”, by saying anybody else in the situation “would be working their way through three cans of Lynx Africa”.

He adds that the situation “looks beyond bleak for Andy” with a trial on the horizon.

He also claims that regardless of the outcome “it is the end of Prince Andrew as a working member of the Royal Family”.

Daily horoscope for May 18: Your star sign reading, astrology and zodiac forecast