Inflation in the developed world has hit a 25-year high in a worrying sign of the pressure on household budgets.

The cost of living across the 38 countries in the Organisation for Economic Co-Operation and Development (OECD) jumped by 5.8 per cent in the year to November – the highest rate since May 1996. 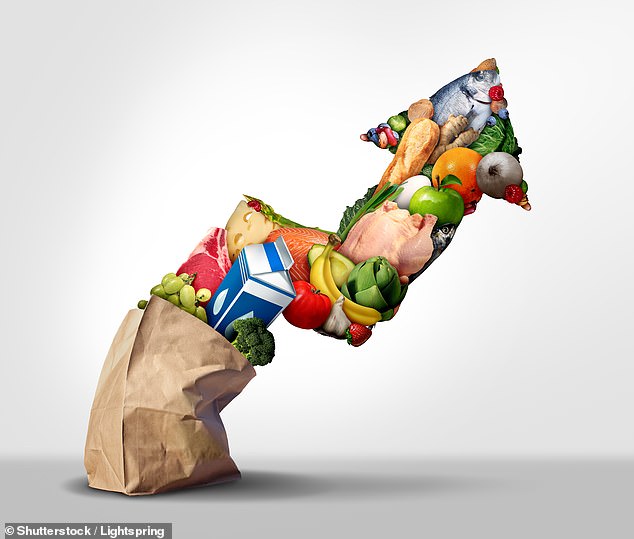 Rising inflation: The cost of living across the 38 OECD countries jumped by 5.8 per cent in the year to November – the highest rate since May 1996

The cost of energy soared by 27.7 per cent in the OECD area in the year to November – the most since June 1980, when interruptions in the world’s oil supply due to wars in the Middle East caused energy prices to spike.

Rising living costs have caused alarm among governments and central banks around the world.

With eurozone inflation at 5 per cent, its highest since the single currency was launched more than 20 years ago, Germany’s top banker warned interest rates may rise.

Joachim Nagel, who this week succeeded Jens Weidmann as Bundesbank president and a member of the European Central Bank’s governing council, said: ‘Citizens have considerably less money left in their wallets.

‘Many people are concerned about this loss of purchasing power. Is the very loose monetary policy still appropriate? If so, for how much longer?’

Energy prices have been pushed up by a surge in demand for fuel when factories reopened following lockdowns, geopolitical tensions with Russia, which has reduced its flow of gas to Europe, and earlier expectations of a cold winter.

Inflation in the UK is now 5.1 per cent with economists warning it could hit 7 per cent this spring.

Their fears focus on unemployment, which is higher than before the pandemic, and the cost of living.

Meanwhile, the pound rose above €1.20 for the first time in almost two years as investors ramped up bets that the Bank of England may hike interest rates again on February 3.

But with inflation hitting 5.1 per cent in December, traders are betting that it might try to tame rising prices.

The Bank has been reluctant to bump up rates too fast, worried that it could dampen the economic recovery.