Ships carrying Russian oil have been hit by a coordinated insurance ban from the UK and EU.

The prohibition will strive to keep the Kremlin out of the Lloyd’s of London market.

This latest embargo, which was first reported by the Financial Times, forms part of a new batch of sanctions from the EU and will impact Russia’s ability to export crude. 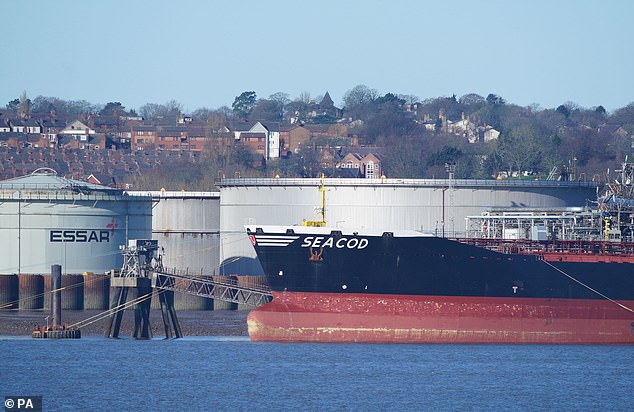 It follows the EU’s announcement that the 27-nation bloc has agreed to ban more than two-thirds of Russian oil imports.

The new proposal was agreed at a summit focused on helping Ukraine with a long-delayed package of sanctions that was blocked by Hungary.

President of the European Council Charles Michel said: ‘We want to stop Russia’s war machine and cut the financing of Russia’s military capacity.’