They say cats have nine lives but legendary British brand Jaguar — with its leaping big cat emblem — appears to be using them up rapidly.

It has endured a series of unfortunate missteps that have proved damaging and embarrassing to a brand that has a sure-footed feline as its emblem.

There was shock last month when Jaguar Land Rover chief executive Thierry Bollore — charged with overseeing acceleration towards an electrified future — stepped down from the top job after less than two years, citing ‘personal reasons’. 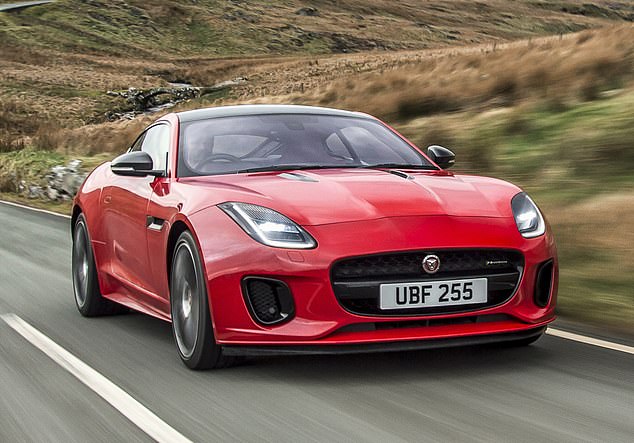 Cat call: Jaguar is to be ‘reimagined’ as an all-electric luxury brand of ‘jaw-dropping’ design with the first new low-slung crossover model shown in 2024 and delivered to customers from 2025

It leaves JLR — and particularly Jaguar — rather in the lurch as Bollore was the architect of the firm’s much-vaunted 21st‑century revival plans.

Jaguar is to be ‘reimagined’ as an all-electric luxury brand of ‘jaw-dropping’ design with the first new low-slung crossover model shown in 2024 and delivered to customers from 2025, priced from about £90,000 to well over £100,000.

In Jaguar’s sights are Tesla and particularly the award-winning electric Porsche Taycan.

On Wednesday night, Jaguar unveiled its most advanced and efficient electric race car ever with technology to transfer to its customer cars.

But there has been a notable casualty. As it unveiled its plans, Jaguar announced it was axing — at the last minute — its near-to-launch flagship electric XJ saloon which was already out on test. It said it was a business decision and ‘that the planned XJ replacement does not fit with our vision for a reimagined Jaguar brand’.

Embarrassingly, this opened the door to German arch-rivals Audi who filled the gap by supplying Downing Street and the wider UK government with a fleet of ten Audi A8 armoured limousines.

It is history repeating itself. Jaguar had a similar problem with Labour prime minister Tony Blair when the launch of its XJ limousine was delayed. Germany’s BMW stepped in to offer No 10 its new armoured 7 Series, dubbed ‘The Blair Panzer’.

It was also too late into diesels, and too late to abandon them.

In fairness to Jaguar’s recently-departed French boss Bollore, he faced significant headwinds: the fallout from the Covid pandemic; the global shortage of micro-processor computer chips vital to high-tech cars; the global financial downturn; and competition on many fronts — including (which really rankles with JLR) from oil-boss Sir Jim Ratcliffe’s rival INEOS Grenadier 4X4.

JLR is now part of the giant Indian conglomerate Tata but the Land Rover and Range Rover arm is by far the stronger as demand for luxury off-roaders soars.

Jaguar, by contrast, despite its glorious heritage, has proved the more problem child, suffering many false dawns in its long-awaited renaissance.

Steve Cropley of motoring magazine Autocar said Bollore’s exit had ‘reportedly not been a surprise to some members of his inner circle’ citing issues with Tata bosses and his senior management team: ‘Big decisions,’ say the rumours, ‘have been slow in coming.’

Some critics say that JLR has not helped itself, displaying aloofness, arrogance and entitlement. Autocar’s Cropley says: ‘Faced with difficulties in the recent past, JLR has often hunkered down and said as little as possible, but it won’t work this time.

‘The future of JLR will be a point of national discussion, and it won’t stop soon.’

Get set for new Civic supercar

Honda has announced prices for its new and enhanced hot Civic Type R — starting from £46,995 — as order books opened for the Japanese supercar in civilian clothing. 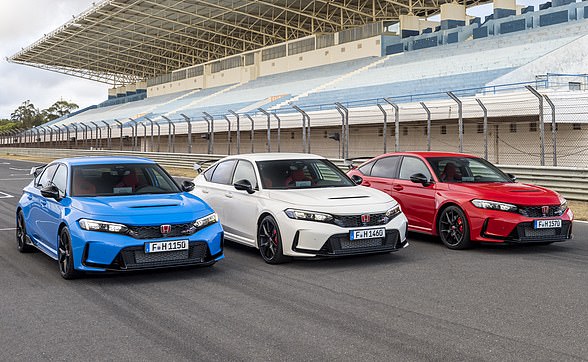 Also, for the first time on a Type R, the pre-set drive modes are joined by a new and fully programmable ‘Individual Mode’, which offers drivers the freedom to tailor their car to their preferences in suspension, throttle response, steering, display read out and more.

I must confess a soft spot and attachment to Jaguar —as far back as my days as a trainee journalist in Coventry, shedding a tear years later when its Browns Lane factory in the city was closed.

Set up as a motorcycle factory by William (later Sir William) Lyons in 1922 with friend William Walmsley, what is now Jaguar began life in Blackpool as Swallow Sidecars, before moving to Coventry in the late 1920s. It branched out as SS Cars developing streamlined passenger cars including, in 1935, the SS Jaguar.

From 1945, after the ‘SS’ name had become associated with the Nazis and the evils of war, the company became simply Jaguar.

During its heyday in the 1950s and early 1960s under the motto ‘Grace, Pace and Space’, it produced beautiful yet affordable cars from the XK120 and XK150 to the Jaguar E-type and enjoyed success in racing too.

Jaguar nearly died when it became subsumed within the subsequently nationalised British Leyland Motor Corporation. But salvation came with privatisation under Thatcher’s government in 1984, when Jaguar was floated on the stock market under the management of buccaneering entrepreneur Sir John Egan.

Jaguar was then bought by Ford for $2.5 billion in 1989, and nearly two decades later, in March 2008, India’s Tata Motors announced a $2.3 billion deal to buy both Jaguar and Land Rover from Ford and have invested heavily since.

Now employing about 40,000 people, not only do JLR have factories at Solihull and Castle Bromwich in the West Midlands and Halewood on Merseyside, but also a vast new plant in Nitra, Slovakia.

I hope Jaguar still has enough lives left to leap back to success.

Christmas markets are more popular than ever. But if you want to visit one in an electric car, which is the most EV-friendly?

Peugeot UK has been testing them out across England and concludes that Manchester Christmas Market is the most accessible, and it offers the best balance of charging options. 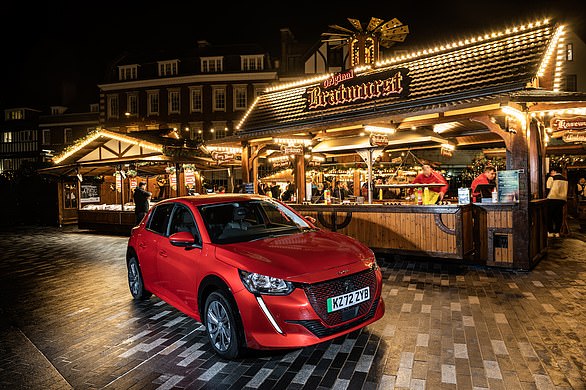 The Birmingham Frankfurt Christmas Market and Leeds’ Winter Favourites. round out the top three.

Making up the rest of the top dozen are: York St Nicholas Fair; Lincoln; Winchester Cathedral Christmas Market; Bath; Norwich; Chester; Rochester; Stratford-upon-Avon Victorian Christmas Market and Padstow Christmas Festival. Using Visit England’s research of 14 popular Christmas markets in England, Peugeot first calculated how many of the markets could be driven to from the 15 most populous cities in the UK with the 225-mile range of the company’s battery-powered zero-emissions e-208.

Manchester’s festive option was judged most accessible because it can be reached from 14 of the 15 cities with the e-208’s 225-mile range.

Manchester also had the highest number of charging stations within a three-mile radius of its centre, with 69 available, including 16 rapid chargers with output above 50kW.

Leeds had the second-highest number of charging stations, with 62 available, including 17 rapid chargers.

The city could also be reached with one full charge of the e-208 from 13 of the UK’s most populated cities.