ITV’s first-quarter revenues topped £1billion thanks to a strong performance by its production arm and a surge in advertising income.

Total revenues at the broadcasting company in the first three months of this year rose by £147million from the same period in 2021, as its advertising sales increased by 16 per cent in line with forecasts.

The FTSE 100 firm behind quiz shows The Chase and Tipping Point has been helped by much weaker Covid-related restrictions in the UK, which had caused some companies to cut back their advertising spend. 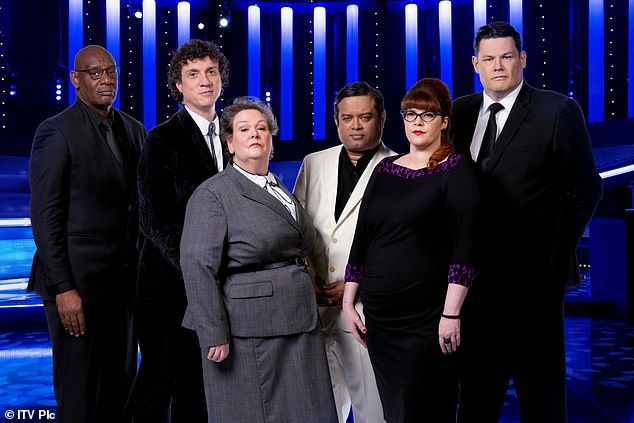 Recovery: Media giant ITV, which broadcasts quiz show The Chase (pictured) has been helped by much weaker Covid-related restrictions in the UK and a rebound in advertising spending

For the months of January and March, ad revenues were each up 15 per cent year-on-year, but they surged by a fifth in February, while online advertising sales across the whole three-month period soared by 27 per cent.

The boom in ad revenues also helped digital income jump by almost a quarter, as did the healthy growth in both UK and overseas subscribers to streaming service Britbox.

At the same time, ITV Studios’ revenues climbed 23 per cent as the media giant released more popular original content, many of which were crime dramas.

This included the France-set show Murder in Provence, the Agatha Christie adaption Why Didn’t They Ask Evans?, and the Irish cop drama Holding, based on the novel by television presenter Graham Norton.

However, the group warned that it expects advertising earnings to decline by around 6 per cent in the current quarter following a considerable boost provided by the European football championships last year.

Due to the very high temperatures in Qatar, this year’s FIFA World Cup is also not taking place during the summer season, when the tournament is traditionally scheduled, but from mid-November to mid-December. 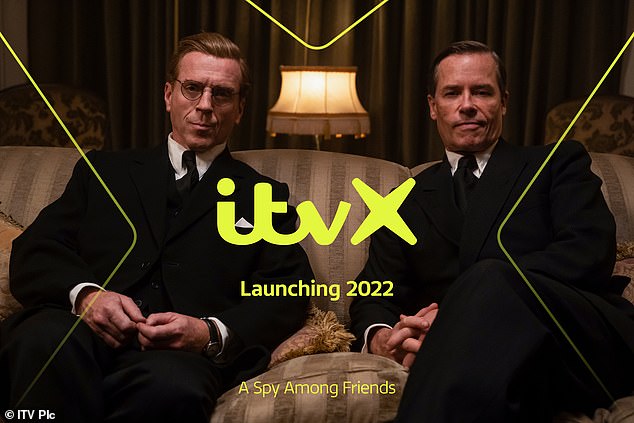 New platform: The broadcaster hopes to earn at least £750million in digital revenues by 2026 from its new streaming service ITVX, which will launch later this year

ITV further added that it was ‘mindful of the macroeconomic and geopolitical uncertainty,’ yet it said it was on track to release its new streaming service ITVX in the latter half of the year.

It hopes to earn at least £750million in digital revenues by 2026 from this new platform, which will replace ITV Hub and offer viewers the choice of whether to watch programmes for free with adverts or pay a fee to watch content without ads.

The group unveiled ITVX alongside annual results in March, when it also spooked investors with plans to increase digital content investment, spending £20million and £160million next year for ITVX.

Overall spending on programmes is expected to reach £1.23billion this year and £1.35billion next year.

Sophie Lund-Yates, an equity analyst at Hargreaves Lansdown, said: ‘As Netflix has shown us though, streaming is an incredibly competitive place to be, and even the industry stalwarts are struggling.

‘The true final scale of ITV’s digital business is hard to predict, but any market share will be very hard won.

‘ITVX, the free ad-supported streaming service due to come online soon, may be a more attractive option for cost-conscious consumers in the current environment.

‘Getting any sign-ups at all will require having an excellent slate of content – good is no longer good enough for today’s discerning binge-watching audiences.’ 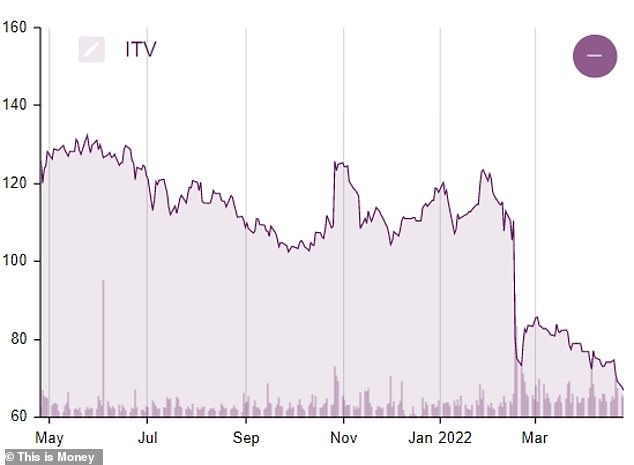 Decline: ITV shares have seen their value plummet by over 46 per cent in the past 12 months