Jack Tweed has revealed that he feels closer to his late wife Jade Goody, after reconnecting with her sons.

The former Big Brother star died at the age of 27 in March 2009 following a battle with cervical cancer, just one-month after they tied the knot.

And now, telectrician, 34, has described how having a relationship with Jade’s sons Bobby, 18, and Freddy, 17 – who she shares with her ex Jeff Brazier – has made him feel closer to her.

Jack gushed: ‘I love being in their lives again’ but insisted he would ‘never tried to replace their dad’ as he detailed how they now regularly message each other. 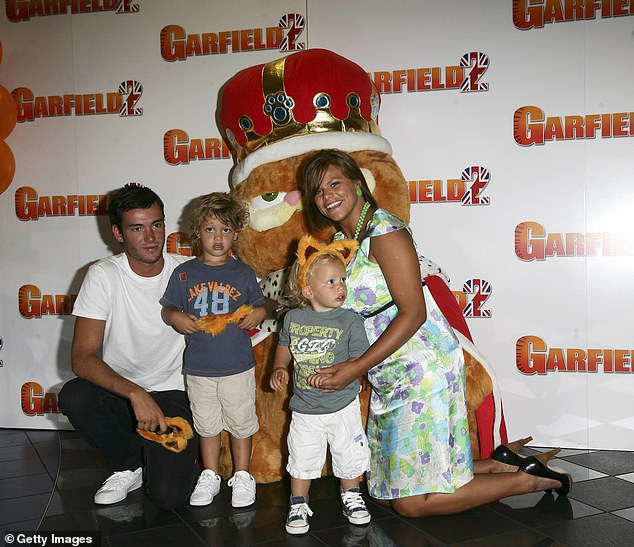 Reconnected: Jack Tweed, 34, has revealed that he feels closer to his late wife Jade Goody after reconnecting with her sons Bobby, 18, and Freddy, 17 (Pictured in 2006)

Jack told The Sun: ‘I speak to the boys much more now than I did and that really helps. They message me and I love being in their lives again.

‘I’ve never tried to replace their dad, I know that I’m not their father, but they know that if they ever need anything, they can speak to me.

‘It makes me feel a lot closer to Jade when I talk to them, and I know she would he so happy that we are close again.

He also revealed that he sent the boys a sweet message on the 13th anniversary of their mum’s death to tell them ‘how proud’ she would have been of them, adding: ‘They are so much like her in a lot of ways.’ 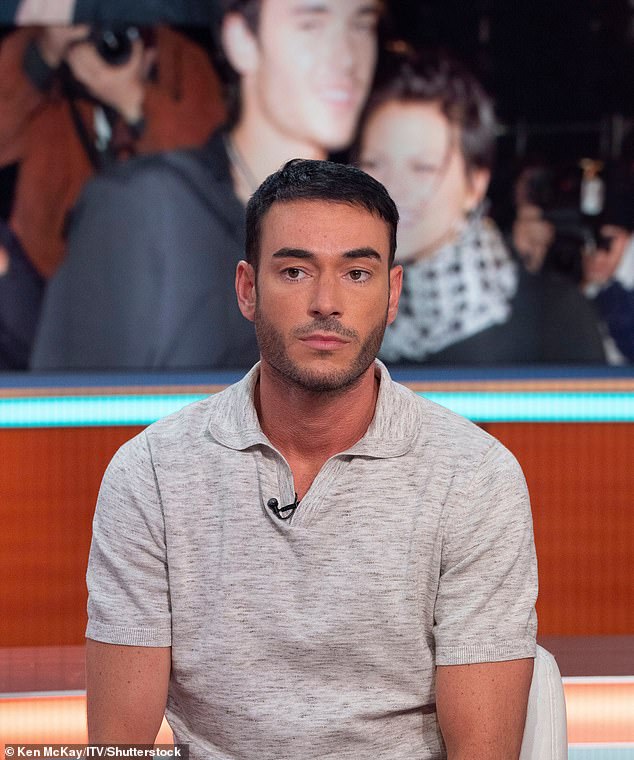 Back in their lives! The electrician gushed: ‘I love being in their lives again’ as he detailed how they now regularly message each other (Pictured in 2019)

Jack also admitted that he still speaks to Jade when he visits her grave, and believes he’ll never not cry when he thinks about her.

Last summer, Jack enjoyed a night out with Jade’s son Bobby Brazier after he was allowed back in touch with his late wife’s kids.

Jack revealed in 2018 that he was able to visit Bobby and Freddy again after the boys’ father, Jade’s ex Jeff Brazier, had banned him from seeing them following their mother’s death when he spiralled out of control and ended up in jail.

Just one month after Jade lost her battle with cancer, Jack was sentenced to a 12-week jail term in April 2009 after being convicted of assaulting a taxi driver, but after ‘sorting himself out’ and getting a job, Jeff allowed supervised visits. 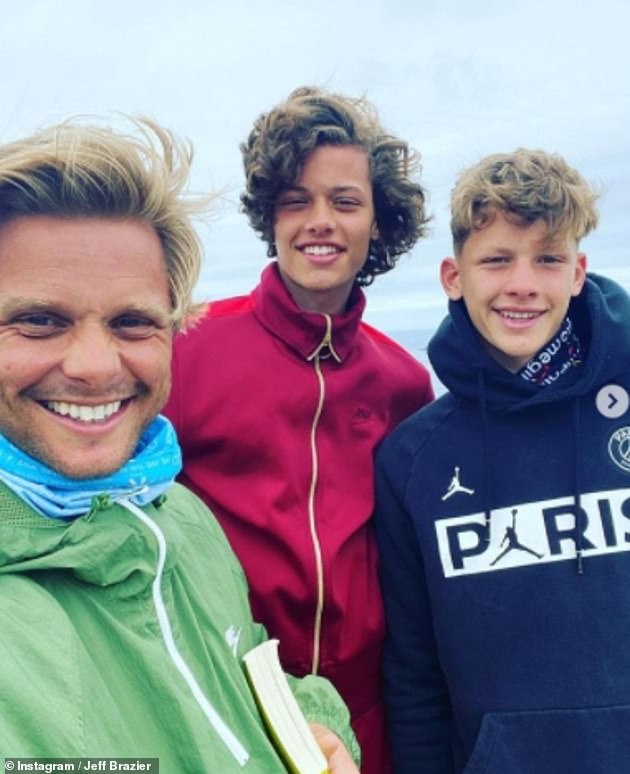 Family: Jack said in 2018 he was able to visit Bobby, 18, and Freddy, 16, again after the boys’ father, Jade’s ex Jeff Brazier (pictured with his sons), had banned him from seeing them

Jack revealed to OK! magazine at the time: ‘Jeff stopped me from seeing the boys. At that time, I was getting into trouble and I was off the rails – so Jeff was probably right to do that.

‘Now he’s seen I’ve sorted myself out, so he got in touch and said the boys had been asking about me. They came around to mine for tea and Jeff was there so it felt like an awkward first date!’

Jack tied the knot with Jade Goody in 2009 following a three year romance, just one month before her tragic death.

He has previously spoken about has discussed his alcohol and drug addiction after struggling to cope with the passing of Jade. 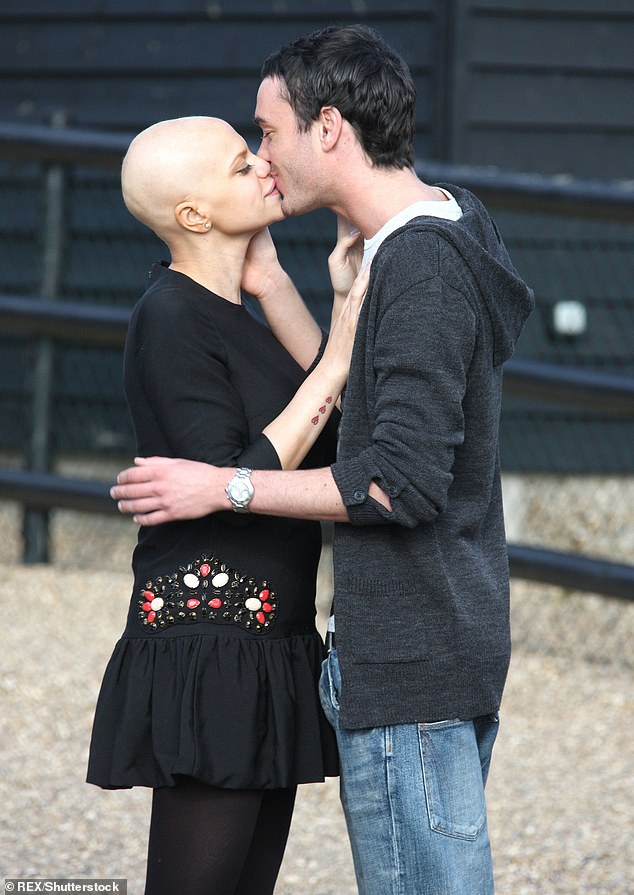 Devastated: Jade died at the age of 27 in March 2009 following a battle with cervical cancer, just one-month after she tied the knot with Jack (both pictured in February 2009)

In March last year, he revealed he was still ‘not 100 per cent’ after losing her and admitted to spending £100-a-day to withstand suicidal thoughts and the ongoing grief.

Speaking of the immeasurable loss, he said to The Sun on Sunday: ‘I’d just sit at home, think about Jade, start crying and then think the only thing to do was go out and drink vodka.

‘So I’d just have a drink every day, it would go from there. I started smoking weed after I stopped drinking, and I went through a stage where I got really, really depressed.

‘I replaced the booze for weed and it took me a good four months to get rid of it, to get out of the habit of smoking every day – I was spending £100-a-day.’

The former Celebrity Big Brother star added that people would mistakenly think he didn’t care due his reckless behaviour, which was masking his pain. 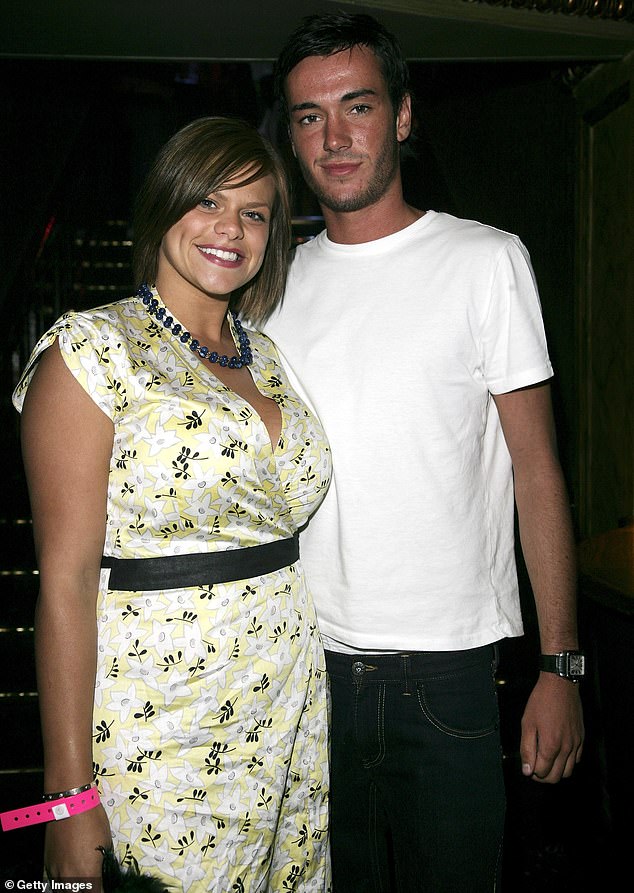 Passing: Jack has previously spoken about has discussed his alcohol and drug addiction after struggling to cope with the passing of Jade (both pictured in June 2006)

He eventually went to see his mother after his mental health reached an all-time low.

‘All I could think about was committing suicide,’ he said as he recalled visited her and ‘crying for four hours’ as he ‘didn’t want to be here anymore’.

It was ultimately his closest family members who encouraged him to get help. In addition to spending more time with his mother and taking anti-depressants, he began making small steps towards improving his wellbeing.

While he is no longer depressed, he admitted he is still not a ‘hundred per cent,’ and is focused on ‘getting through’ life, one step-at-a-time. 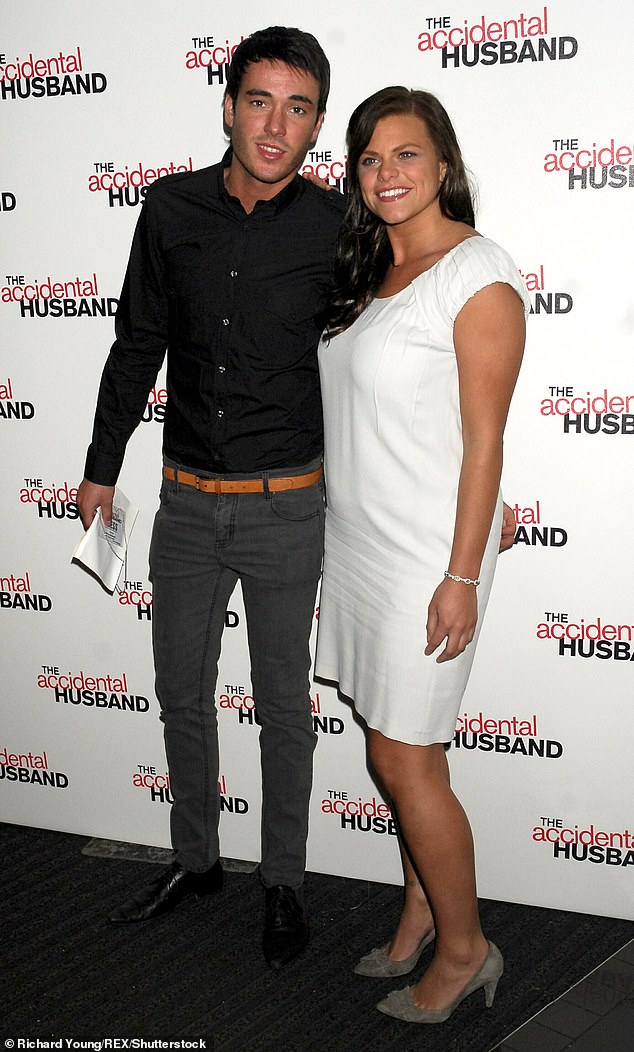 Heartfelt: Jack paid tribute to his late wife Jade Goody as he marked 13 years since her death following a battle with cervical cancer (pictured in February 2008)

On Tuesday, the TV personality took to his Instagram stories to mark the anniversary of her death.

Paying tribute to his late wife in a gushing post, he also raised awareness for cervical cancer as he shared a hashtag about smear tests, a method of cervical screening.

Alongside a snap of himself and Jade at their wedding, he penned: ’13 years since I last got to see this angel miss you everyday #raiseawareness #smear test.’

Sharing another picture of Jade, he added: ‘Always smiling.’ 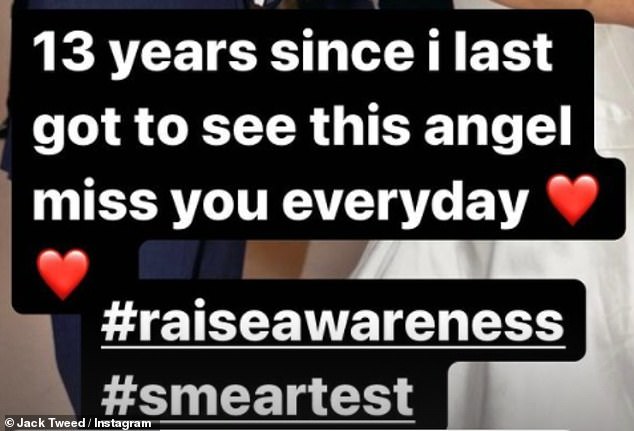 Tribute: The TV personality took to his Instagram stories on Tuesday to mark the anniversary of her death

Meanwhile, Jade’s eldest son Bobby also paid tribute to his mother, as he said that ‘life is eternal’.

Sharing a picture of her to his Instagram stories, he wrote: ‘There’s birth and there’s death but life is eternal. Energy cannot be created nor destroyed.

‘She’s left her human form. She’s home. That’s the way it goes. God bless her, my nan and my brother.’

In June, Jack also paid tribute to Jade on what would have been her 40th birthday, sharing a snap of himself and the Big Brother star together alongside a heart emoji and her date of birth – June 5, 1981. 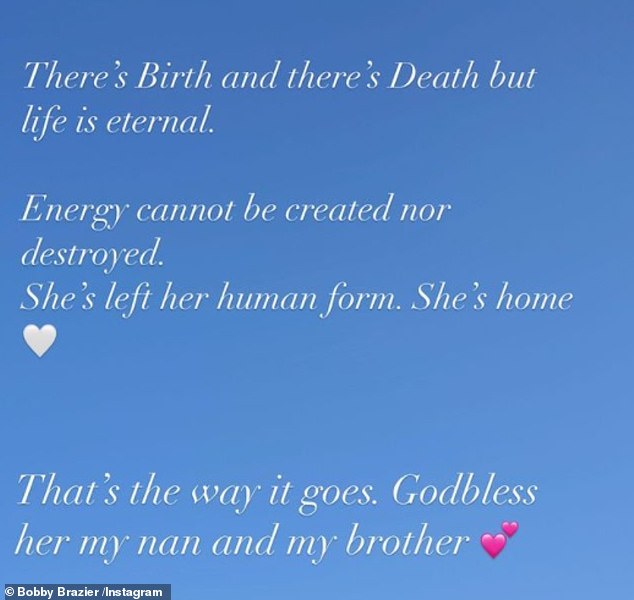 Heartbreaking: Jade’s son Bobby Brazier, 18, who she shares with her ex Jeff Brazier, also paid tribute to his mother as he said that ‘life is eternal’