Jamie Chung and husband Bryan Greenberg shared a sweet picture of their two baby twin boys relaxing in a tub during bath time on Tuesday.

‘Rub a dub dub’ wrote The Mindy Project actor, 44, followed with a repost by Jamie, 39, to her Instagram stories where she explained, ‘Two baths a day in NYC weather.’

The shy tykes seemed to be playing a game of peek-a-boo, showing only the tops of their heads and their big brown eyes above the rim of the tub. 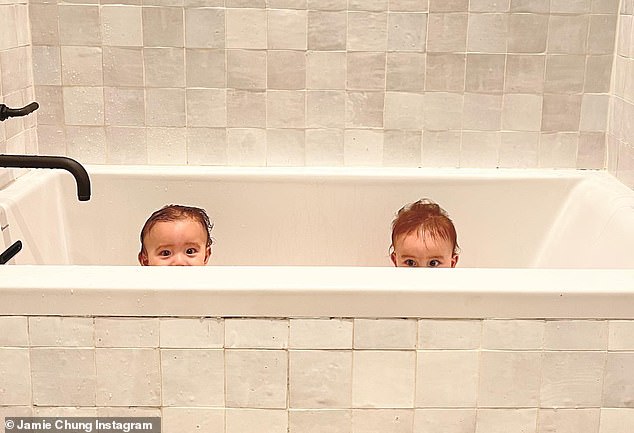 Twins: Jamie Chung, 39, and Bryan Greenberg, 44, shared a sweet picture of their two little men in a tub with the Mindy Project actor writing ‘ Rub a dub dub’ next to the photo on social media

The couple, who have been married since 2015, welcomed the boys in October via surrogate.

The busy mom, who bragged to US Weekly that should could ‘change a diaper in under five minutes,’ has also spoken openly about choosing surrogacy because she was ‘terrified’ that becoming pregnant would sideline her career. 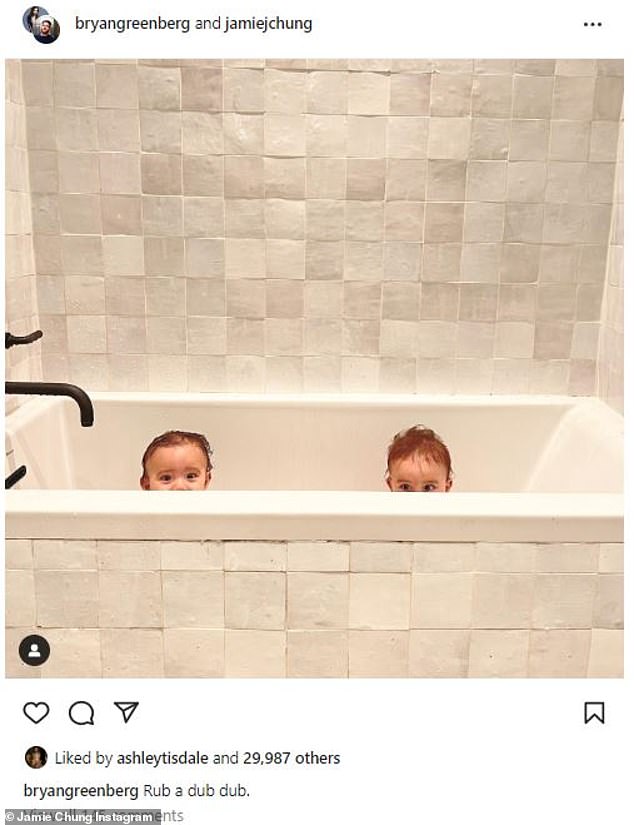 Peek-a-boo: The shy tykes seemed to be playing a game of peek-a-boo, showing only the tops of their heads and their big brown eyes above the rim of the tub

The actress told Today, ‘I was terrified of putting my life on hold for two-plus years. In my industry, it feels like you’re easily forgotten if you don’t work within the next month of your last job.’

‘Things are so quickly paced in what we do. So it’s a compromise that we made together as a couple.’

The Misfits actress publicly shared her experience about freezing her eggs in 2019, but kept the surrogacy under wraps. 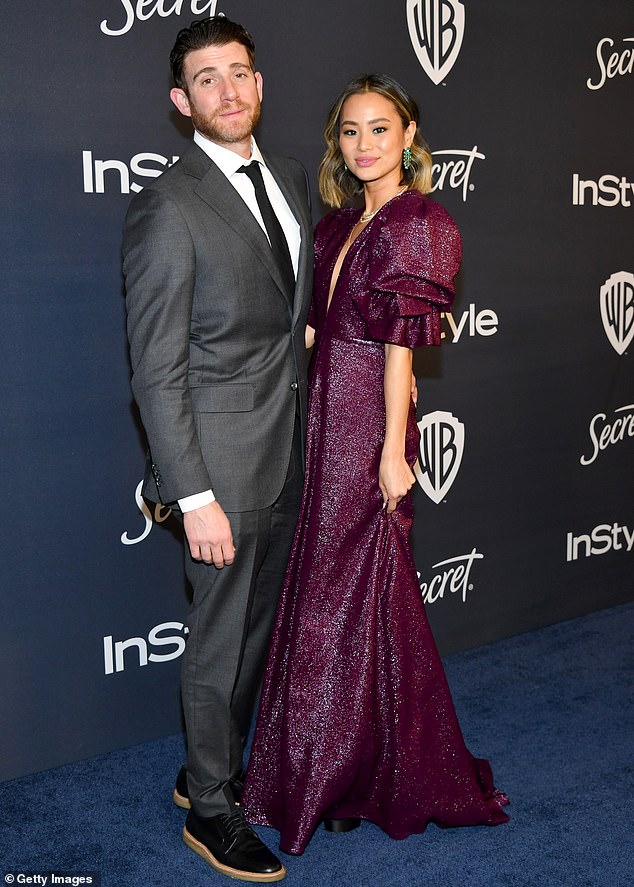 Surrogate: The tykes were born in October 2021 via surrogate. The Reunion actress has been open about the process, admitting she was ‘terrified” becoming pregnant would sideline her career; Bryan and Jamie seen in 2020

‘It’s still not a very common thing and we weren’t ready for judgment. We really just did it to protect ourselves.’

Since the twins have arrived, the parents admit that it’s ‘all hands on deck,’ telling People that extra help is often necessary. ‘With twins especially, you need at least three adults for it to be doable. For you to do all of your work stuff.’

The couple also shared that they’ve gone to therapy to prepare for the strain that having twins could put on their relationship. 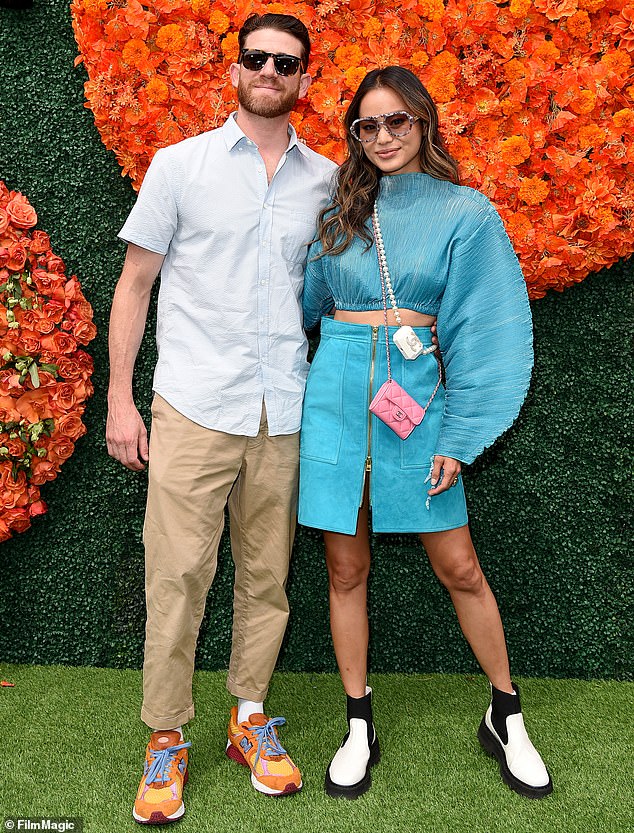 Therapy: The Dexter: New Blood actress says extra hands are needed with two kids. She also says she and Bryan went to therapy before the twins were born to prepare for the strain on their relationship; Bryan and Jamie seen in 2021