Jamie Dornan reflects on growing up in Belfast during The Troubles

Their performances in Belfast, Kenneth Branagh’s Troubles-era drama, have been tipped for awards glory.

And Jamie Dornan, 39, and Caitriona Balfe, 42, have reflected on growing up in Ireland for British Vogue’s February issue.

Posing in a striking covershoot, the Hollywood stars talked about their childhood, the real meaning of the film and their hopes for what it can teach the younger generation. 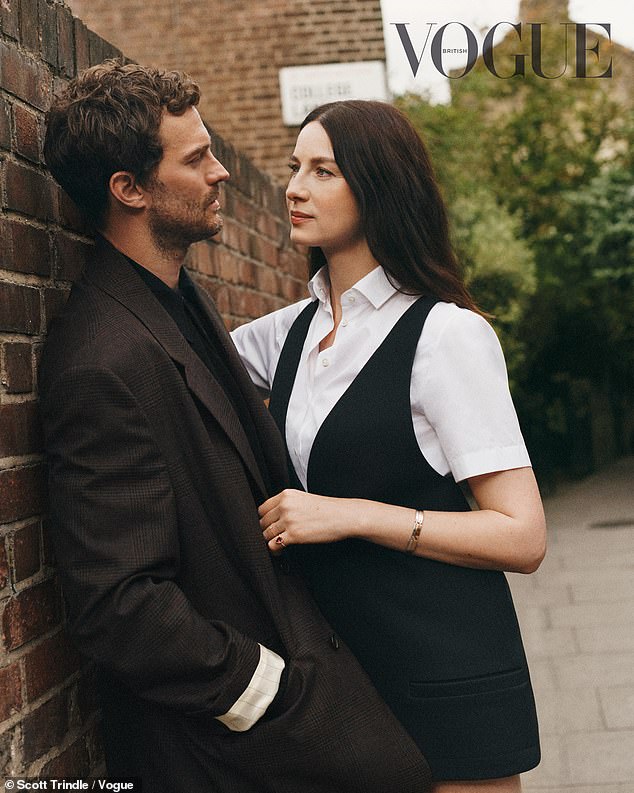 The Troubles: Jamie Dornan, 39, and Caitriona Balfe, 42, have reflected on growing up in Ireland for British Vogue’s February issue

Of his experience growing up in Belfast in the 1980s and 1990s, Jamie said: ‘If you’re born there, and you’re raised there, you’re very cognisant of the fact that you are from a very complicated place.

‘From the day I was born, until the day I left, people pretty much were fighting a civil war.

‘I always think back to stuff that became normal, that was not normal. Like trying to meet your mates on Saturday afternoons in town and there’d been a bomb scare.’ 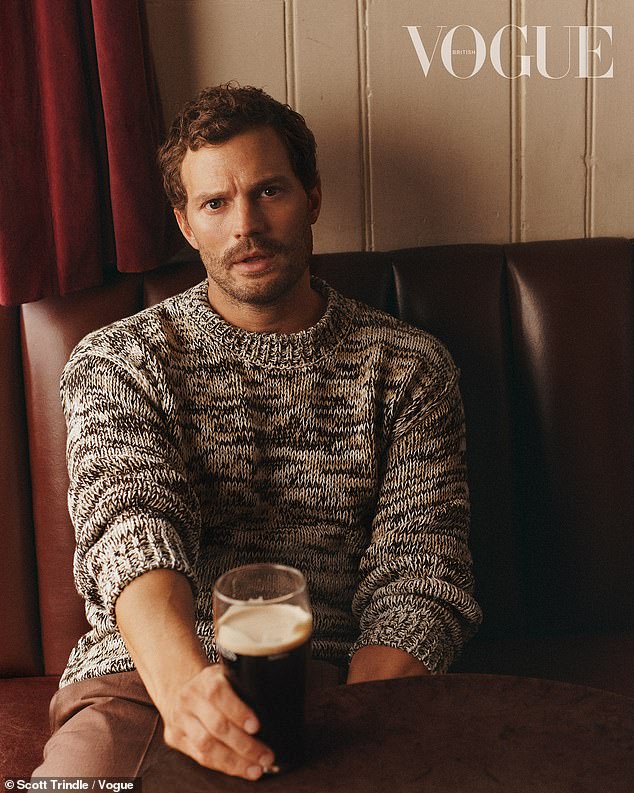 Tough: Of his experience growing up in Belfast in the 1980s and 1990s, Jamie said: ‘If you’re raised there, you’re very cognisant of the fact that you are from a very complicated place’

The Troubles conflict lasted around 30 years from the late 1960s to the Good Friday Agreement in 1998. The conflict was primarily political and nationalistic.

A key issue was the status of Northern Ireland. Unionists wanted to remain within the United Kingdom while Irish nationalists and republicans wanted Northern Ireland to leave the UK and join a united Ireland.

Caitriona lived in the Republic of Ireland, right on the border in Monaghan. She said: ‘It was a very IRA-leaning area. But my dad was a police sergeant – that’s why we were there – so we were brought up very apolitical.’ 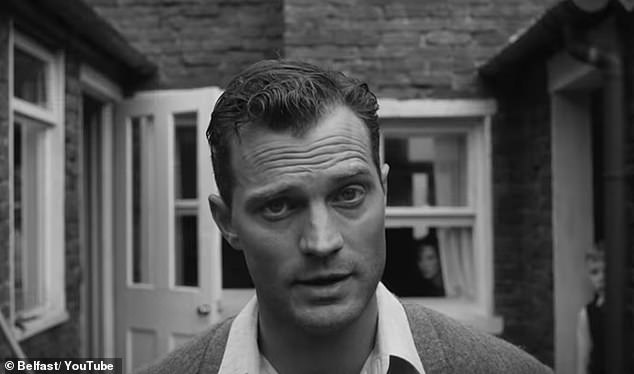 Tense: The film is billed as ‘chronicling the life of a working class family and their young son’s childhood during The Troubles in Belfast, Northern Ireland in the late 1960s

She said: ‘I remember we used to go weekly shopping in the north, and you would go through checkpoints at least once a week.

‘We didn’t even really think about it until our cousins came up from the south and they would be terrified going through, because you’d have British soldiers with machine guns pointed at the car asking for your papers.’

On taking the film to Belfast, the actress said: ‘There’s a young generation who are coming up, who didn’t live through the Troubles, and there is again that kind of romanticism to having a cause and fighting for a cause. 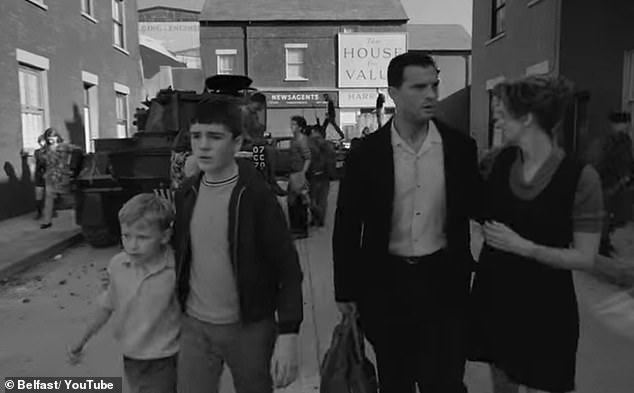 Life at home: Captured mostly in black-and-white and lasting just over two minutes and twenty seconds, the trailer follows a family enjoying domestic life on their Belfast street

‘Maybe it’s too much to ask for a film to change people’s minds, but I think it’s important that people see it.’ 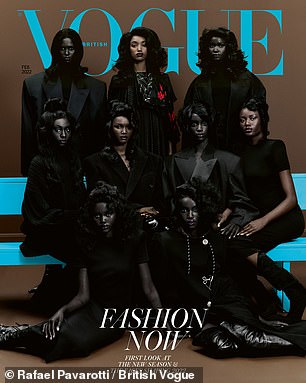 Read: The February issue of British Vogue is on sale now

To which Jamie added: ‘Anything that can prove that there are no winners at the end of all that is good for the next generation to see.’

The film is billed as ‘chronicling the life of a working class family and their young son’s childhood during The Troubles in Belfast, Northern Ireland in the late 1960s.

Belfast is 60-year-old acclaimed director Kenneth’s semi-autobiographical story of growing up in Northern Ireland in the late 60s.

The film is not a straightforward biography of Kenneth’s childhood, and sees Hill take on the lead role under the name of Buddy.

Dornan plays Buddy’s father in the new film, with Outlander star Balfe taking on the role of mother.

Belfast will be released in the United States on November 21 and in the UK on February 25.

The February issue of British Vogue is on sale now. 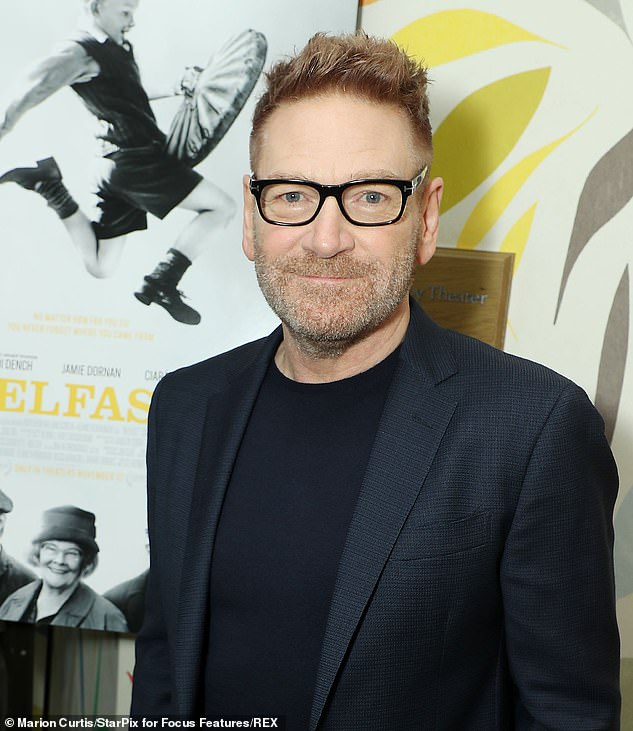 What is the timeline of the Northern Ireland Troubles?

The Stormont Government is dissolved and direct rule imposed by London

Bobby Sands, a republicans on hunger strike in the Maze prison, is elected to Parliament. He dies a month later

An IRA bomb explodes at the Grand Hotel in Brighton, where Margaret Thatcher is staying during the Tory Party conference

Margaret Thatcher and then Sir John Major set up a secret back channel with the IRA to start peace talks. The communications was so secret most ministers did not know about it.

Tony Blair helps to broker the Good Friday Agreement, which is hailed as the end of the Troubles.

It establishes the Northern Ireland Assembly with David Trimble as its first minister.

The Queen and Prince Philip make a state visit to Ireland, the first since the 1911 tour by George V.

In a hugely symbolic moment, the Queen is pictured shaking hands with Martin McGuinness – a former IRA leader.