Gleb Savchenko has denied a rumor that he had an affair with his celebrity dance partner Jana Kramer while filming Dancing With The Stars.

Rumors of an affair began when Jana’s ex-boyfriend Ian Schinelli made accusations that she had ‘slept with Gleb’ in 2016 while still married to now-ex-husband Mike Caussin.

Jana and Gleb, both 38, met when filming season 23 of the long-running dance competition series in 2016.

At the time, Jana’s partner Mike was seeking treatment for sex addition, and Gleb was still together with his now-estranged wife Elena Samodanova. 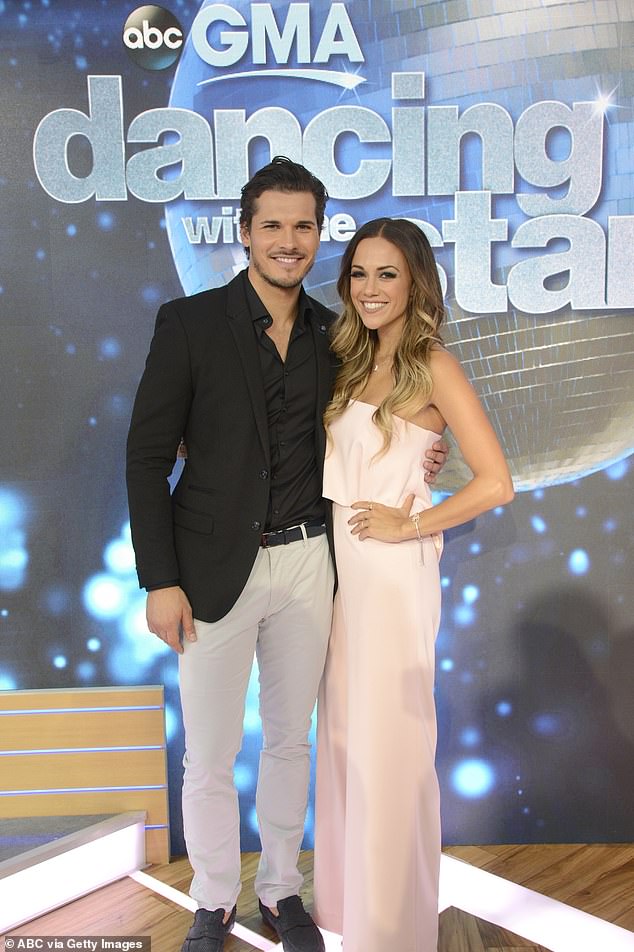 ‘Absolutely not’: Gleb Savchenko DENIES that he and Jana Kramer had an affair while on Dancing With The Stars; seen together in 2016

However, speaking to Entertainment Tonight, Gleb shut the rumors down saying “absolutely not” when asked if anything had happened between himself and Jana.

‘Have we ever had anything? Absolutely not. Absolutely not,’ he said. ‘Whatever she might have said it to her boyfriend, maybe she tried to make him jealous, you know. You can ask her the same question, she’ll probably answer the same thing.’

Us Weekly reported rumors of the alleged affair last week.

Following her final split from Caussin in April 2021, the One Tree Hill star went on to date for Navy Seal Ian Schinelli, who claimed to Us Weekly that she told him of an affair with Savchenko.

‘Jana has admitted to me that she slept with two guys while Mike was in rehab. She slept with Gleb,’ he alleged. ‘She justified it saying, “We were legally separated.”‘

He added that the professional dancer also factored into their relationship. 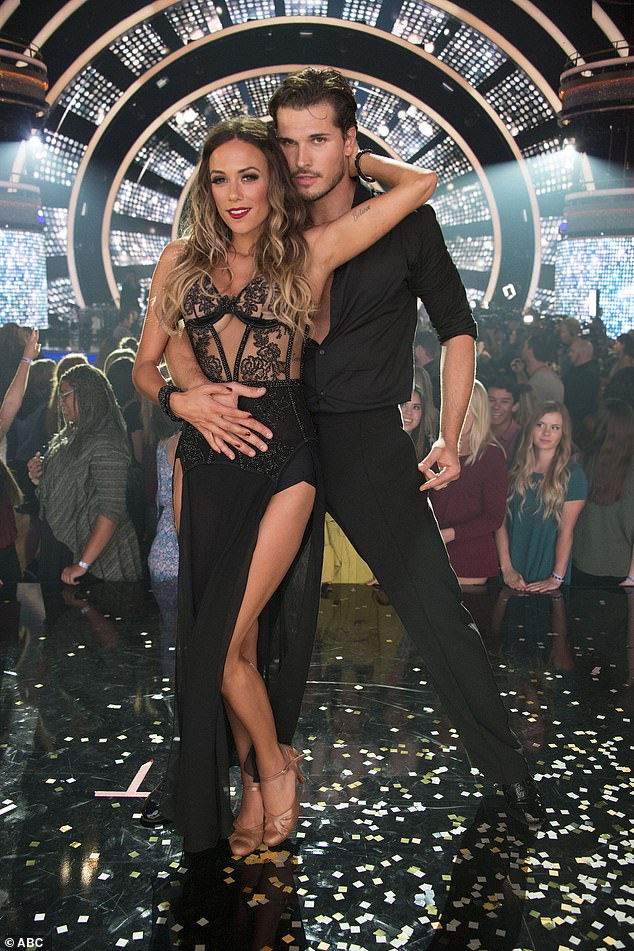 Chemistry: Jana and Gleb, both 38, met when filming season 23 of the long-running dance competition series in 2016

‘She even tried to meet up with Gleb while we were dating,’ Schinelli claimed. ‘He was doing a show in Nashville and she asked me if it was OK if she met up with him. I said, “As long as there was nothing there anymore,” and she said, “No.”‘ 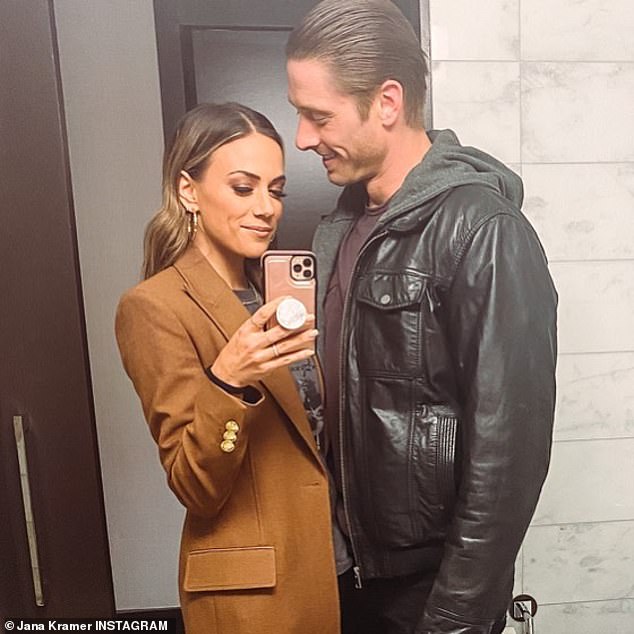 Speaking up: ‘Jana has admitted to me that she slept with two guys while Mike was in rehab. She slept with Gleb,’ claimed her ex-boyfriend Ian Schinelli (pictured)

He added that she ‘never went’ to see Savchenko ‘out of respect for me.’

But Kramer previously claimed that Schinelli was lying and ‘twisting the story’ in a statement to Us Weekly, in which she claimed he had had affairs of his own.

‘Ian is angry because all of his lies have been figured out and is now twisting the story. I have since found out from many women I was not the only one during our relationship, but I’m happily moving on with my life and I hope for him to do the same.’

Schinelli responded: ‘I apologized to my ex-wife and owned my mistakes. … Jana is hurt and is using it against me.’

A source told the publication that Schinelli ‘claims he wanted to be private, but that couldn’t be further from the truth,’ because he ‘bragged about how many followers he was gaining while dating Jana.’

He previously claimed to Us Weekly that Kramer had an ‘anxious attachment’ to romantic partners, which he theorized may have been related to her relationship with Caussin. 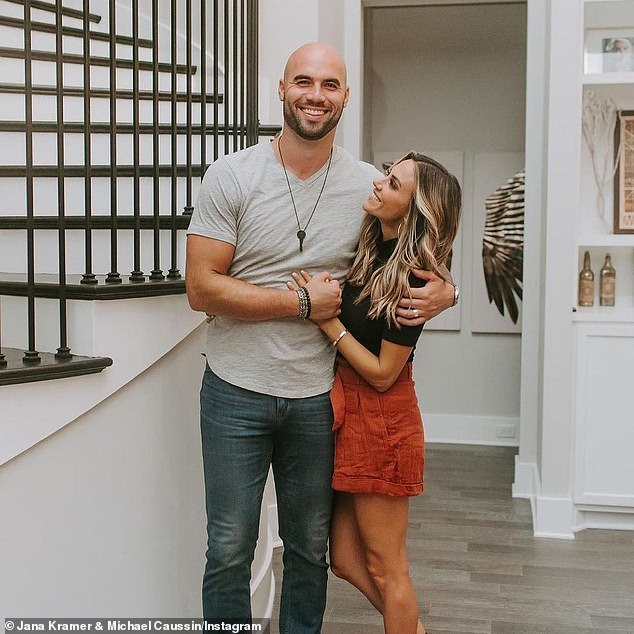 The end: In her 2020 book The Good Fight, Kramer admitted to having ‘flings and flirts’ while separated from Caussin. They reunited in 2017 but separated for good in April 2021

In The Good Fight, a book she published with Caussin in 2020, Kramer admitted to having ‘flings and flirts’ while separated from her husband.

‘I never truly thought I did anything wrong,’ she wrote. ‘Correction. I knew it was wrong; I just didn’t want to be the bad guy. I justified my actions in my mind just as I suppose Mike had done all along too.’

The couple eventually worked out their difference and renewed their wedding vows in December 2017, but the relationship ended for good in April of last year when he was allegedly unfaithful again. 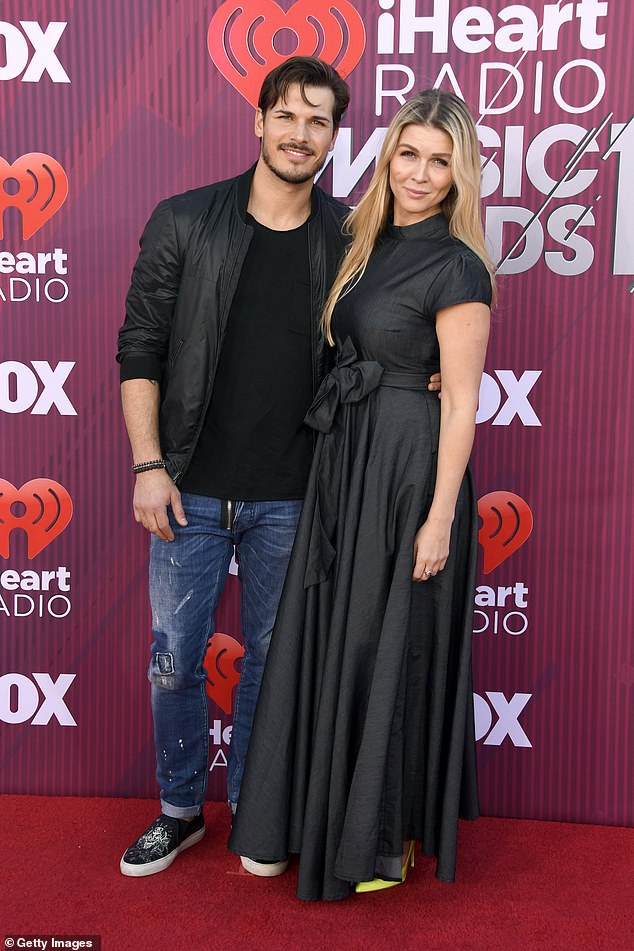 Splitting up: Savchenko was still with wife Elena Samodanova when the alleged affair occurred, but they announced that their split in November 2020. She accused him of having affairs with ‘former dance partners’ at the time, which he denied; seen in 2019

Savchenko was still with his wife Elena Samodanova when the alleged affair occurred in 2016, but the couple announced that they were going their separate ways in November 2020.

At the time, she claimed he had conducted affairs while they were married, which he denied.

‘It’s no secret that Gleb has had affairs with former dance partners — and who knows who else.’