Jeff Lewis reveals embryo transfer for surrogate 'did not make it'

Jeff Lewis has revealed his ‘disappointment’ after a failed attempt at having another child via surrogacy.

The Flipping Out star made the revelation on his Sirius XM show Jeff Lewis Live on Monday, telling listeners he had some ‘sad news’ regarding his surrogacy journey to expand his family.

The 51-year-old has a five-year-old daughter, Monroe Christine Lewis, born via a surrogate in 2016, who he now shares with his ex-partner Gage Edward.

‘Embryo No. 9, Jeff Jr., did not make it. It was very, very disappointing,’ Lewis said on Monday. 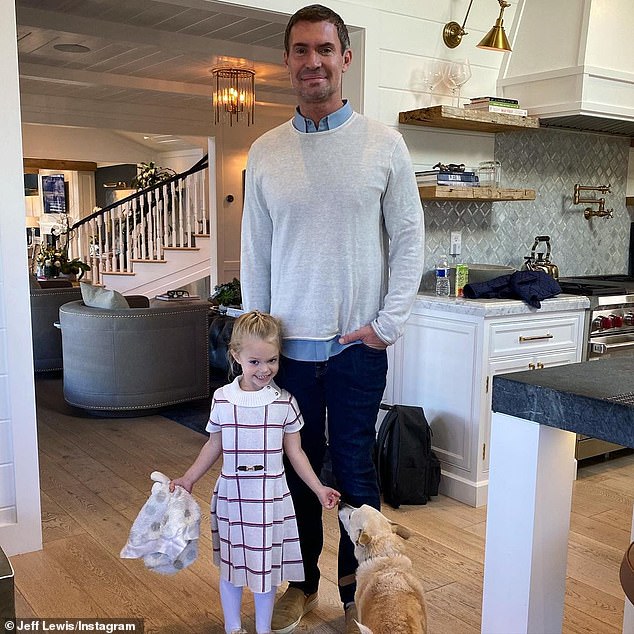 Sad news: Jeff Lewis reveals ‘disappointment’ at failed attempt of having second child after embryo transfer for surrogate ‘did not make it’ (Pictured above with daughter Monroe)

‘And I’m telling you, I was 100 percent convinced it was going to happen. One hundred percent convinced. So when they said to me it didn’t take, I was like, stunned. I was stunned because I was so convinced this was happening.’

The reality star explained that he was expecting to get the latest results in the afternoon, but was then caught off guard when he was called at noon.

A doctor called him with the sad news, and suggested that they try again in May – but Lewis seems unsure about going through the process again.

‘There’s only one [embryo] left, and [the doctor] said that there’s only a 45 percent chance of taking. So I had to come to the realization this weekend that Monroe just might be it. But it was hard,’ Lewis said. 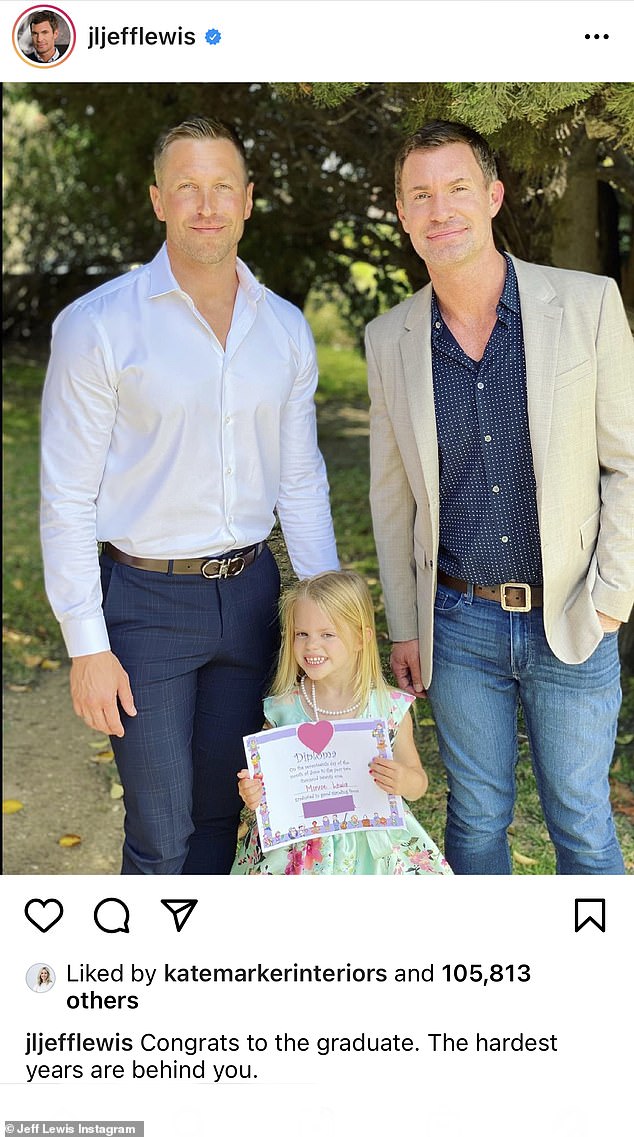 Family: The 51-year-old has a five-year-old daughter, Monroe Christine Lewis, born via a surrogate in 2016, who he now shares with his ex-partner Gage Edward (Pictured above)

When his co-presenter said that maybe the star wasn’t meant to have a boy, Lewis replied: ‘You know who I think manifested that? Monroe. She did not want a brother, she wanted a sister.’

In October last year, Lewis had announced that his future surrogate was undergoing ‘medical clearances’ prior to the planned birth of his second child.

‘It’s been confirmed: My future surrogate flew from Phoenix last night to Orange County and she’s at the fertility clinic today. She’s getting all of her medical clearances,’ he said on his show at the time.

Lewis went on to give a timeframe for the surrogate’s pregnancy schedule and stated that he expected the process to begin later in the year.

‘I think they would do the actual implantation, which would be, I think in December or January if everything goes well,’ he said.

The reality television personality went on to express that if a potential ‘mix-up’ occurred during the process, he was uninterested in entering into a legal battle regarding the surrogate’s child. 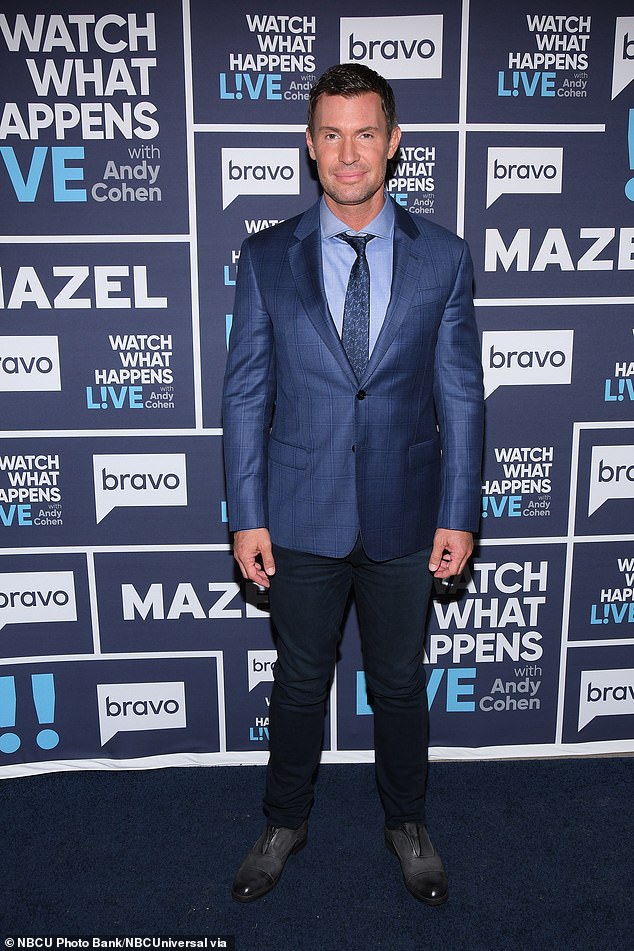 Telling listeners: The Flipping Out star made the revelation on his Sirius XM show Jeff Lewis Live on Monday

‘I don’t think I should be raising someone else’s baby for four months to then get sued…that’s all I need, another custody fight,’ he stated.

Lewis previously announced that he had been put in contact with a new surrogate last month and that they had been negotiating each other’s role in the future pregnancy.

Meanwhile, the Bravo star and his former partner split up in 2019, and they went on to enter into a protracted custody battle over their daughter, although they eventually agreed to co-parent their child.

He went on to begin a relationship with Scott Anderson that eventually came to an end last year.

Lewis and Edward subsequently attempted to rekindle their romance, although they went their separate ways earlier this year.