JEFF PRESTRIDGE: How NS&I lets down its Premium Bond savers

JEFF PRESTRIDGE: NS&I has done decent thing by raising interest rates on key savings accounts, but it is letting down its Premium Bond savers

By Jeff Prestridge for The Mail on Sunday


Although NS&I has done the decent thing in recent weeks by raising interest rates on key savings accounts, not all customers are happy with the Government-backed savings giant.

Some holders of its Premium Bonds – that offer the chance to win monthly tax-free prizes of between £25 and £1million – believe they are being unfairly excluded from NS&I’s sudden burst of generosity.

I can understand why. Back in December 2020, when base rate was at 0.1 per cent, NS&I cut the effective interest (prize) rate on Premium Bonds from 1.4 per cent to 1 per cent.

So, instead of every £1 bond having a one in 24,500 chance of winning a prize, the chance of coming up trumps was lowered to one in 34,500. The cut was made just after NS&I had applied a rather nasty trim to variable savings rates on everything from Income Bonds to Direct Isa.

Yet, Premium Bond savers have been excluded from the round of savings rate hikes announced by NS&I in the wake of increases to base rate in December and last month.

Reader Kevin Rice, from Ormskirk in Lancashire, was so incensed he fired off a complaint about the prize rate not being increased. The response wasn’t the one he wanted. NS&I told him there are ‘currently no plans to increase the Premium Bond prize fund rate’.

Last week, I asked NS&I to explain its refusal to improve the odds of winning. It said: ‘We review the interest rates on all of our products regularly and recommend changes to Her Majesty’s Treasury when we believe they are appropriate, ensuring we continue to balance the interests of savers, taxpayers and the broader financial services sector.’

Not as blunt as the reply Kevin got. So, maybe the prize rate will be improving soon. In the interests of fairness, it should. 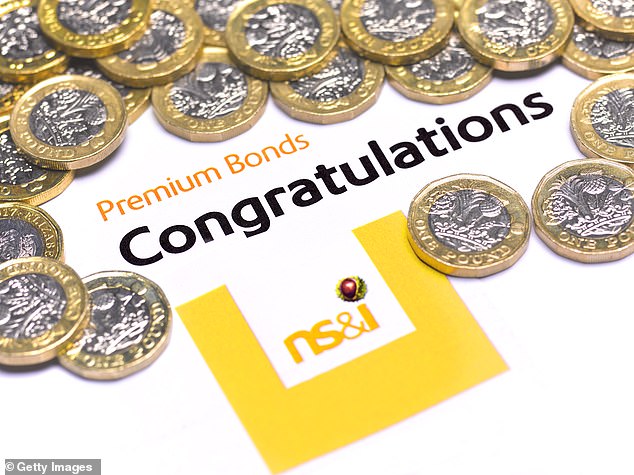 Paying a price: Premium Bond savers have been excluded from the round of savings rate hikes announced by NS&I

Nationwide Building Society has followed NatWest in announcing details of branches it intends closing in the coming months. Although only four are being shut, compared to NatWest’s 32, it’s yet more proof of the withdrawal of big banks and building societies from the high street. Last week, Nationwide was at pains to tell me that the closures – all in North London – do not breach its promise to keep a branch in every town and city it operates in until January 2023.

The branches destined for the axe, it says, would require ‘significant investment’ to bring them up to date and all have at least five other Nationwide branches within five miles. In other words, customers won’t be too inconvenienced.

But the closures could well be a sign of things to come. The country’s largest building society will soon have a new chief executive in Debbie Crosbie, its first female boss since it was formed in 1846.

Enlightening though the appointment is, Crosbie does have history when it comes to branches. In short, she doesn’t much care for them.

As boss of TSB, she pared back its branch network to the bone, axeing 164 in 2020 and announcing 70 more last year that will shut between now and the end of June.

If I were a betting man, I would put money on the branch promise not being extended beyond next January. Crosbie attributed the TSB closures to branch usage being in steep countrywide decline. Maybe Nationwide bucks the trend. Maybe Crosbie will experience an epiphany. But once a branch cutter, always one.

Moles tell me the Financial Conduct Authority is close to issuing its long-awaited report into the 2019 Woodford investment debacle – a calamitous event which led to the break-up of multi-billion pound fund Woodford Equity Income and losses for investors.

Sadly, the regulator was not in talking mood last week, ignoring my request to confirm the story not once, but twice.

Maybe it was because staff were distracted by the offer of generous average pay rises of 12 per cent over the next two years plus a one-off Easter payment equivalent to 4 per cent of pay. This follows the earlier threat of strike action after FCA boss Nikhil Rathi sought to restructure pay and ban the payment of bonuses.

In your own time FCA. I’m not going anywhere.