JEFF PRESTRIDGE: NS&I should be leading the way on Isa fairness

Rates are up but now we need fairness for Isa savers: NS&I should be leading the way, if it did, I am sure rivals would fall into line, says JEFF PRESTRIDGE

By Jeff Prestridge for The Mail on Sunday

Savings rates are on the way up – and not before time. Hip hip hooray, I hear you say. A little bit of good news to set against rampaging inflation (9.4 per cent and heading towards 11 per cent) and stalling stock markets.

Leading the charge is NS&I, the Government-backed savings organisation. On Thursday, it announced whopping increases on its most popular accounts – rate hikes that will benefit some 1.3million savers. 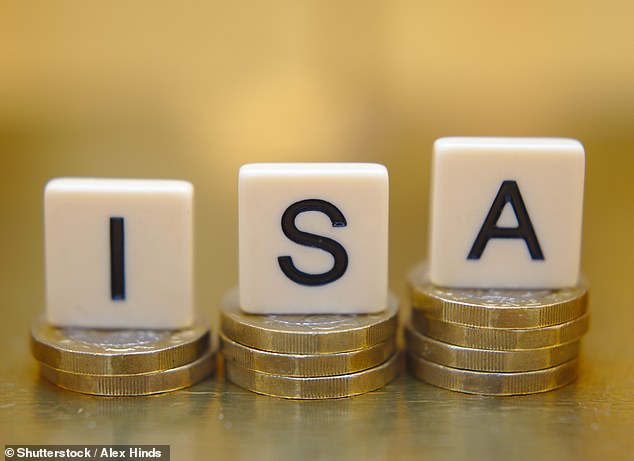 The next step: It is sad to see NS&I continuing to discriminate against its cash Isa savers

I will make three observations on NS&I’s largesse. First, as its boss Ian Ackerley is keen to point out, the increases do not mean the savings behemoth should necessarily be the first port of call for savers. There are a number of building societies which are offering better rates on selected accounts.

For example, on Junior Isas, Coventry, Dudley, Earl Shilton, Family, Loughborough, Monmouthshire and Skipton are all paying more interest. So shopping around should remain the order of the day.

Secondly, while NS&I’s Government backing means savers’ deposits are protected beyond the £85,000 limit that applies to savings with banks and building societies, it doesn’t mean savers should now pile in all their money.

As regular readers of Personal Finance will know, NS&I’s customer service standards are as up and down as a ferry journey across the Bay of Biscay on a windy afternoon.

These higher savings rates will undoubtedly put major stress on its ability to cope with an influx of new business. I trust Mr Ackerley has put in contingency plans to cope.

Finally, it is sad to see NS&I continuing to discriminate against its cash Isa savers by offering them lower interest rates (0.9 per cent) than those available to savers in its equivalent non-Isa account (Direct Isa, 1.2 per cent).

Yes, it’s not the only savings institution to do this – for example, Nationwide Building Society is paying 1.5 per cent interest on its popular Triple Access Online Saver account, yet only 1.35 per cent on the Isa version.

But NS&I should be leading the way on fairness. I am sure if it did, rivals would fall into line. Over to you, Mr Ackerley.

While on the subject of savings rates, well done to HSBC Bank for doubling the rate on its ‘flexible saver’ account – from 0.1 to 0.2 per cent.

As one commentator, who will remain nameless, told me last week: ‘Blimey, HSBC has doubled the interest rate on Flexible Saver. ‘It’s still c**p though.’

The pre-paid funeral plans market will come under the scrutiny of the Financial Conduct Authority (FCA) from Friday when it takes over regulation of the industry.

Hopefully, it will mean an end to the scandals that have besmirched the industry’s reputation in recent months, although the FCA’s poor reputation for protecting the interests of consumers hardly bodes well.

Last week, the FCA was widely criticised by an influential parliamentary select committee for failing to prevent unscrupulous financial advisers from robbing steelworkers of their savings.

Irrespective of the FCA’S effectiveness in knocking the funeral plans market into shape – helping create an industry that consumers can implicitly trust – it is essential that those who have been let down by their provider are not forgotten.

Some 46,000 customers of failed provider Safe Hands Plans are still waiting to learn whether anyone is going to step in and help deliver (at some stage in the future) the funerals they purchased from this rogue company in good faith.

It seems that Dignity and Coop are preparing to do this, although the final decision will lie with Safe Hands’ administrators (an announcement is imminent). Irrespective of which company is chosen, Safe Hands’ customers will have to stump up more money. Some will not be able to afford to do this.

THIS IS MONEY’S FIVE OF THE BEST SAVINGS DEALS