Jennifer Hudson runs into Michael B. Jordan during a bike ride on the set of Creed III

With the critical and commercial success of the first two Creed films, Michael B. Jordan is back for round three, which is the ninth film in the Rocky franchise.

And on Wednesday, while on the set in Venice Beach, the leading man got a surprise visit from Jennifer Hudson.

The actress and singer was out on the bike ride on the paved path that’s stretches along the beach and just happened to stumble into the Jordan and his crew. 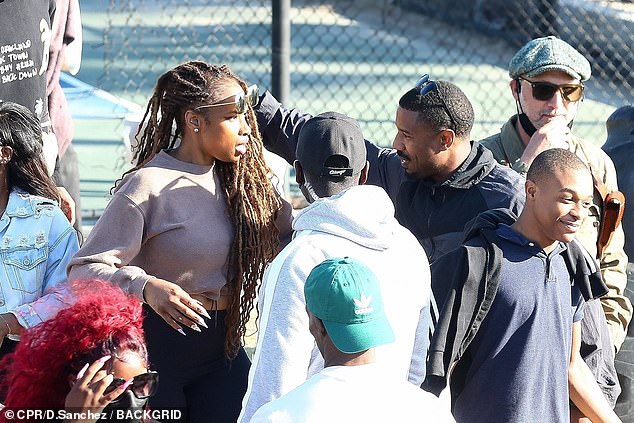 Jennifer Hudson, 40, was on a bike ride along the path in Venice Beach on Wednesday when she stumbled into Michael B. Jordan on the set of Creed III

It took a double-take, but just moments after Hudson and Jordan made eye contact, she hopped off her bicycle to give the Creed leading man a friendly hug.

In keeping with her workout agenda, the Oscar and two-time Grammy-winner showed off her womanly curves in black leggings that had red and white stripes down the sides of each leg.

She also donned a light brown sweatshirt that gave a hint of her midriff with its cropped design and off-white boots.

Hudson, 40, had her dark brown tresses styled in long braids that resembled dreadlocks and flowed past her waistline. 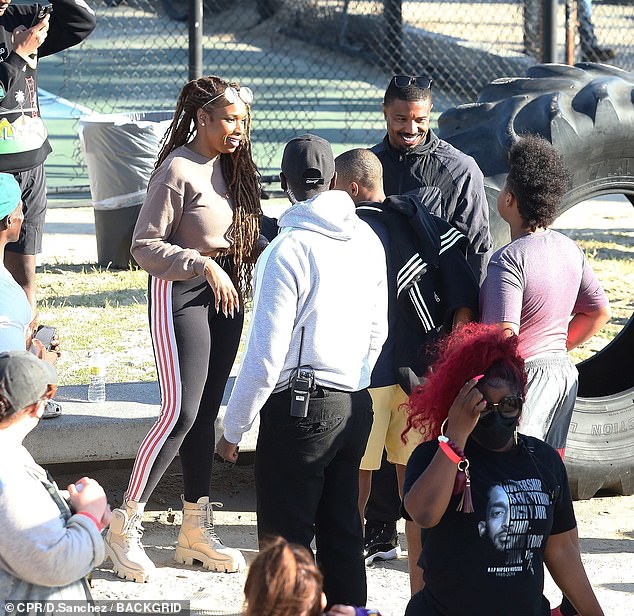 It took a double-take, but just moments after Hudson and Jordan made eye contact, she hopped off her bicycle to give the Creed leading man a friendly hug. 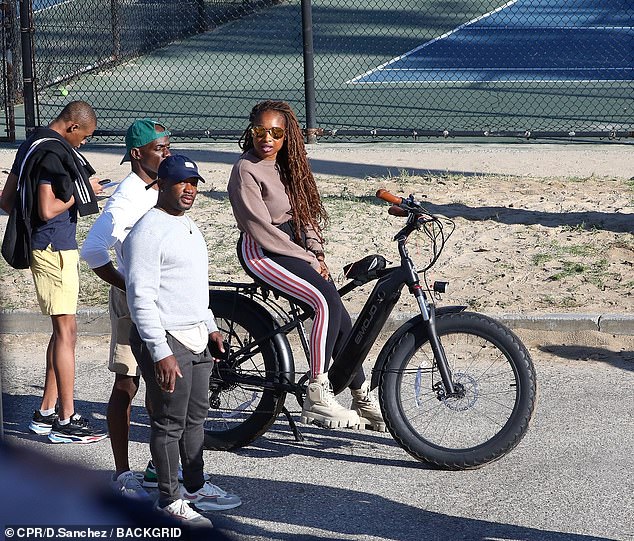 On the go: Looking sporty in leggings ad a cropped sweatshirt, Hudson had a brief chat with Jordan and then got back on her bicycle and rode off down the path along the beach

Flashing his infectious smile, Jordan, 35, seemed to be genuinely happy to get a visit from Hudson.

With the temperature in the mid-60s Fahrenheit by the ocean in the middle of the afternoon, the acclaimed actor wore a black windbreaker jacket zipped all the way to the top as part of his casual ensemble.

After their unforeseen meeting, the Respect star took to Instagram and shared a video of herself doing a spin move on the basketball court on the beach.

‘If u knew u could fly , would your feet ever touch the ground ?’ she asked in the caption. 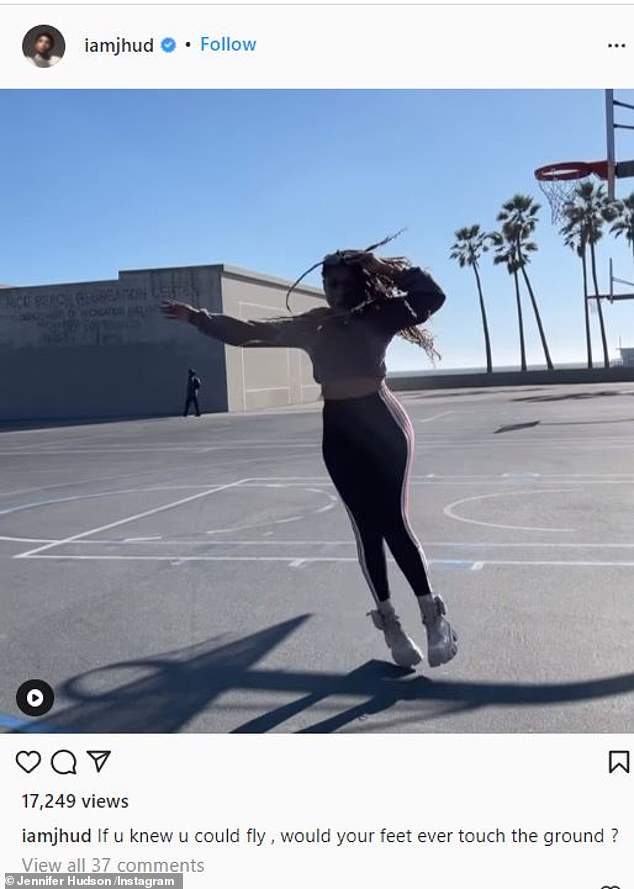 Make that move: The Respect star took to her Instagram page and posted a quick video of herself doing a spin move on the basketball court on the beach

For this latest installment of Creed, Jordan is doing double duty, playing the role of Adonis ‘Donnie’ Creed, all while helming the film in his directorial debut.

Like the first two spinoffs, Tessa Thompson is back as Bianca Taylor, girlfriend to Jordan’s Adonis, and  Phylicia Rashad reprises her role as his mother Mary Anne Creed.

The big glaring change from the two movies: Sylvester Stallone will not appear in round three of the Creed part of the franchise. 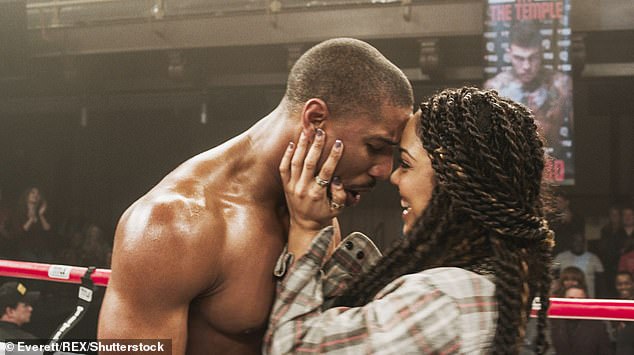 They’re back! Jordan and Tessa Thompson are back to reprise their roles as Adonis ‘Donnie’ Creed and Bianca Taylor in Creed III, but Sylvester Stallone will not appearing in what will be the ninth film in the Rocky franchise; the lead couple are picture in Creed (2015) 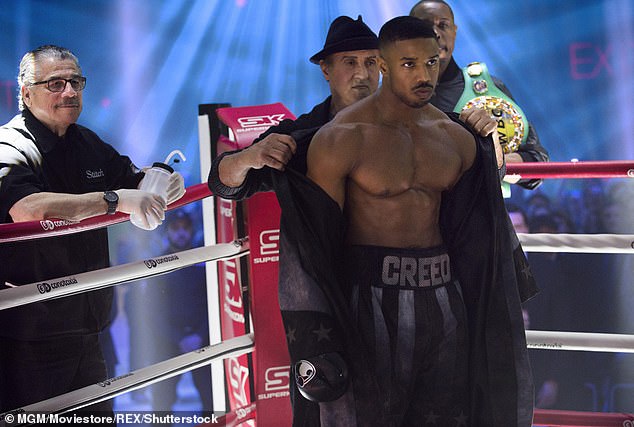 Bonafide hits: With Stallone as Rocky Balboa in Creed (2015) and Creed II (2018), both films went on to critical and commercial success; the actors are pictured in the sequel

In recent days, the film crew have been spotted shooting in the Muscle Beach area of Venice Beach, including a scene where co-star Jonathan Majors, who plays Adonis’ rival, shows off his ripped physique while training shirtless at the famed outdoor gym.

Directed by Ryan Coogler and a screenplay credited to Coogler and Aaron Covington, Creed (2015), with Jordan playing Rocky Balboa’s protégé, was a bonafide hit, earning more than $173 million on a $35-40 million budget.

With all the main actors from the first film back, the follow-up would be co-written by Stallone and Juel Taylor and directed by Steven Caple Jr. It would also go on to be considered a success raking in more than $214 million on a $50 million budget. 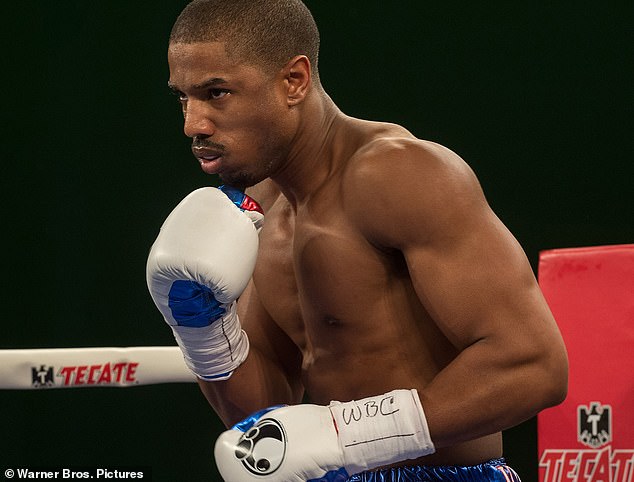