Jennifer Lopez and Ben Affleck were spotted this week honeymooning in Paris, the city of love, after they eloped to Las Vegas this past weekend.

The 52-year-old pop star, who is said to be taking her new husband’s last name, was red hot in a sizzling floor-length scarlet gown as the couple stepped out to dinner.

She held hands with her dashing movie star husband, 49, who was classically handsome in an elegant midnight blue suit and a sleek gold tie. 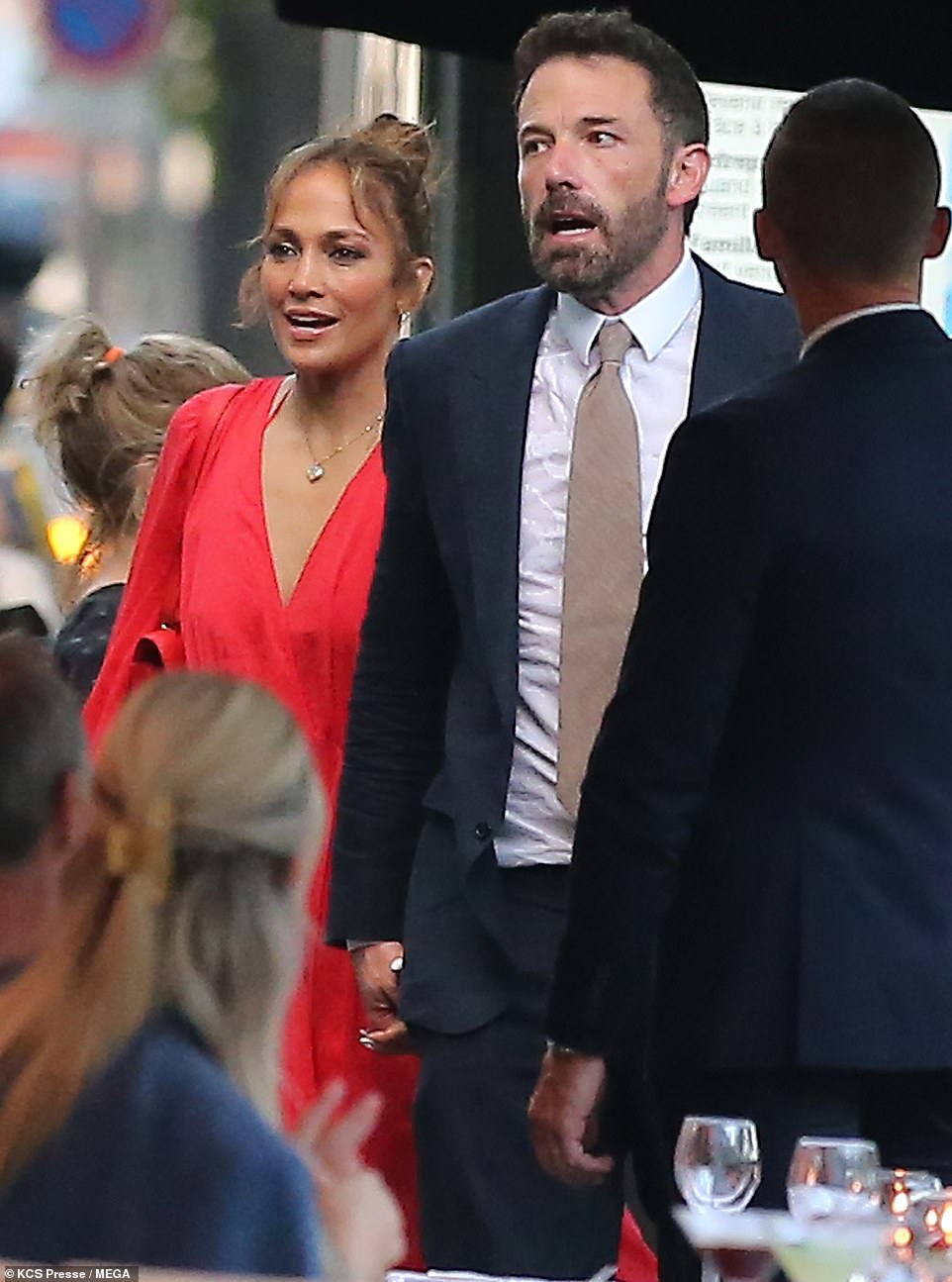 Look of love: Jennifer Lopez and Ben Affleck were spotted this week honeymooning in Paris, the city of love, after they eloped to Las Vegas this past weekend

Their sighting in the French capital comes after their wedding minister declared he has no doubt about the couple’s love for each other.

‘I’ve done probably 10,000 weddings now, and by this point in my life I get a feel of couples — I can really tell it was real,’ Ryan Wolfe, who performed the Las Vegas wedding ceremony on Saturday, told People.

Wolfe also predicted that the dynamic duo are in it for the long haul: ‘After seeing them and the love they have for each other, I 100 percent believe they will last.’

Aglow: The 52-year-old pop star, who is said to be taking her new husband’s last name, was red hot in a sizzling floor-length scarlet gown as the couple stepped out to dinner 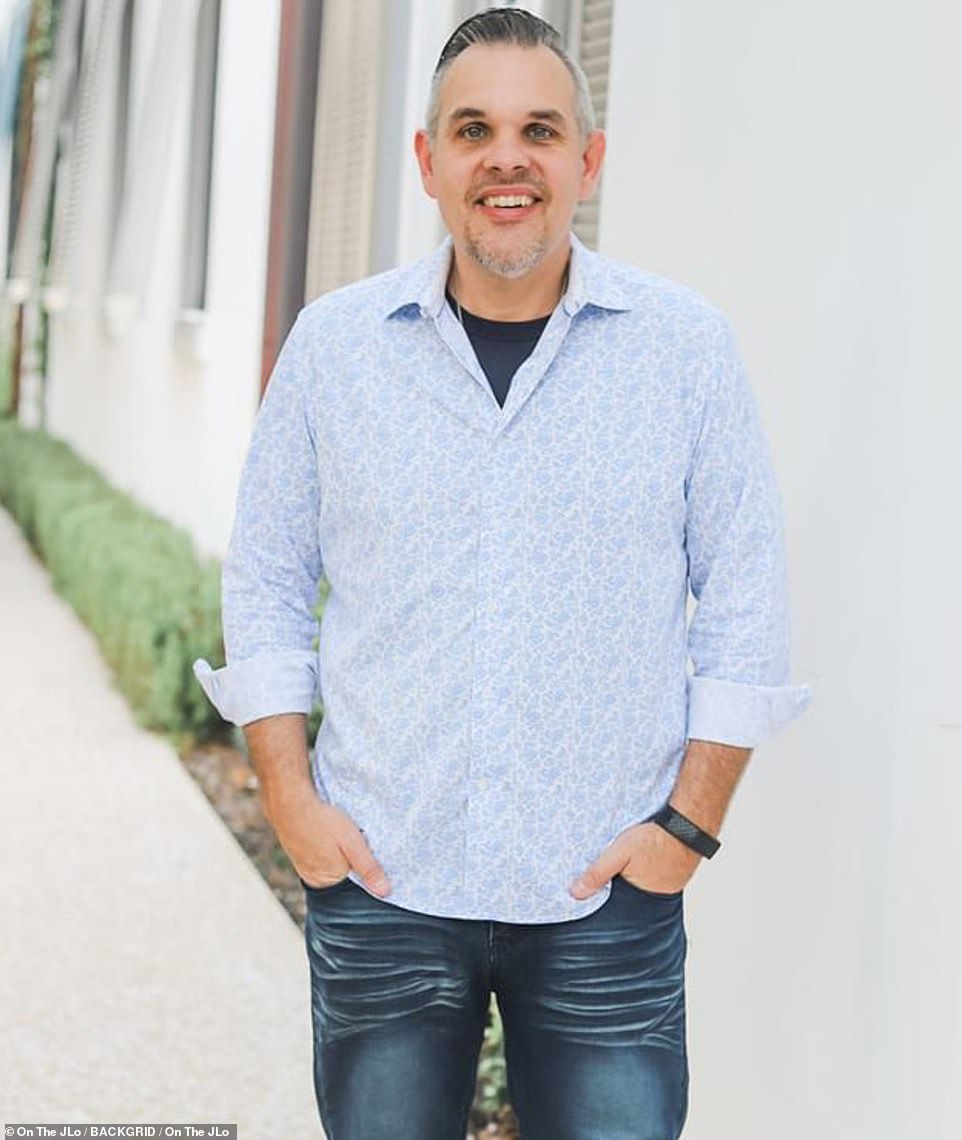 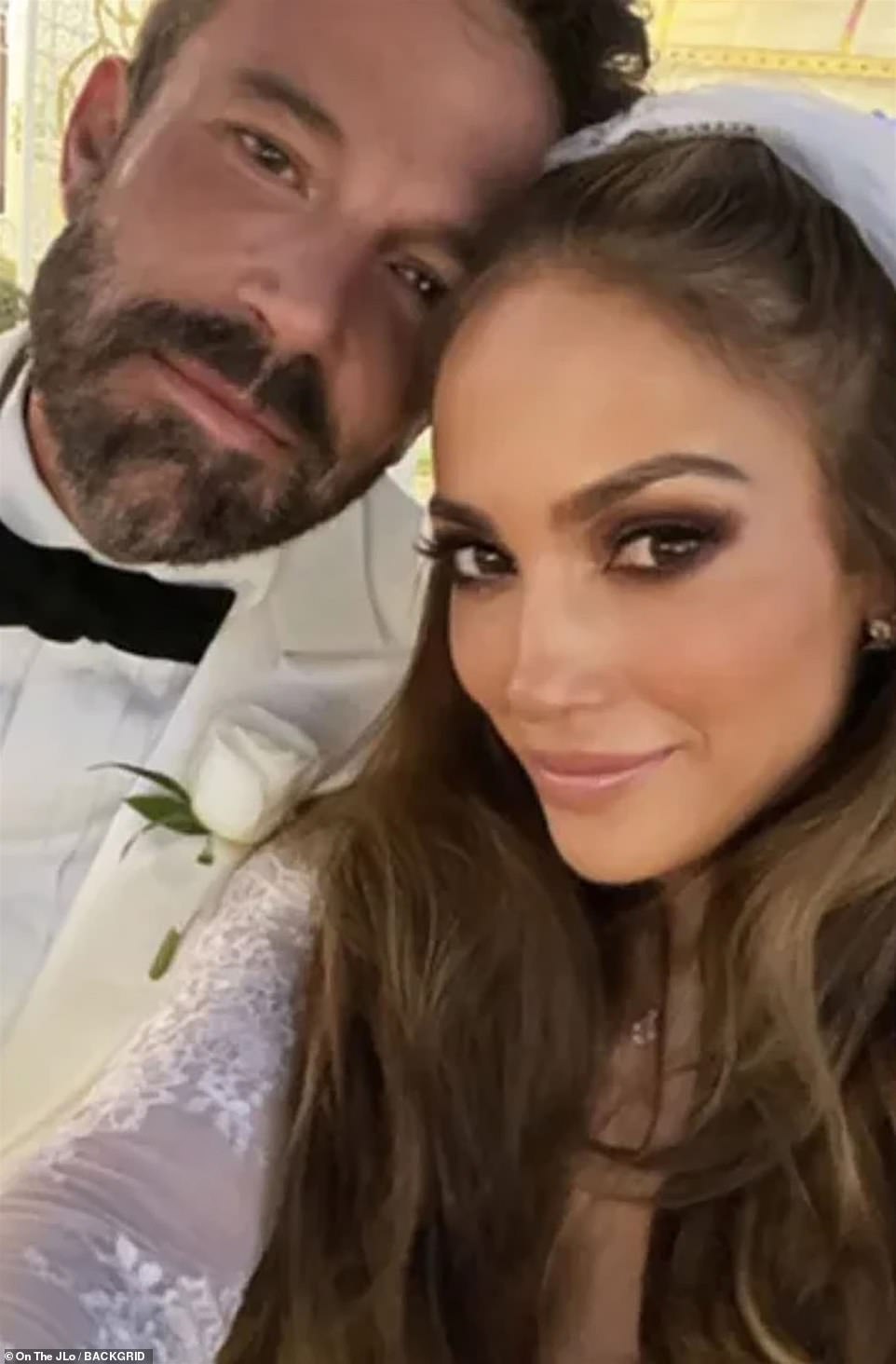 No doubt! Jennifer Lopez, 52, and Ben Affleck’s, 49, wedding minister, Ryan Wolfe, has no doubt about the couple’s love for each other saying it was ‘real and evident’

‘They will make it. I believe they found their soulmates. I really do believe they’re meant for each other,’ he continued.

‘You can see the love they had for each other. They definitely truly care and love each other,’ he added.

Wolfe further described the nuptials, which took place at A Little White Wedding Chapel: ‘It was emotional; it was an emotional moment they shared with one another. It was real and evident for sure.’ 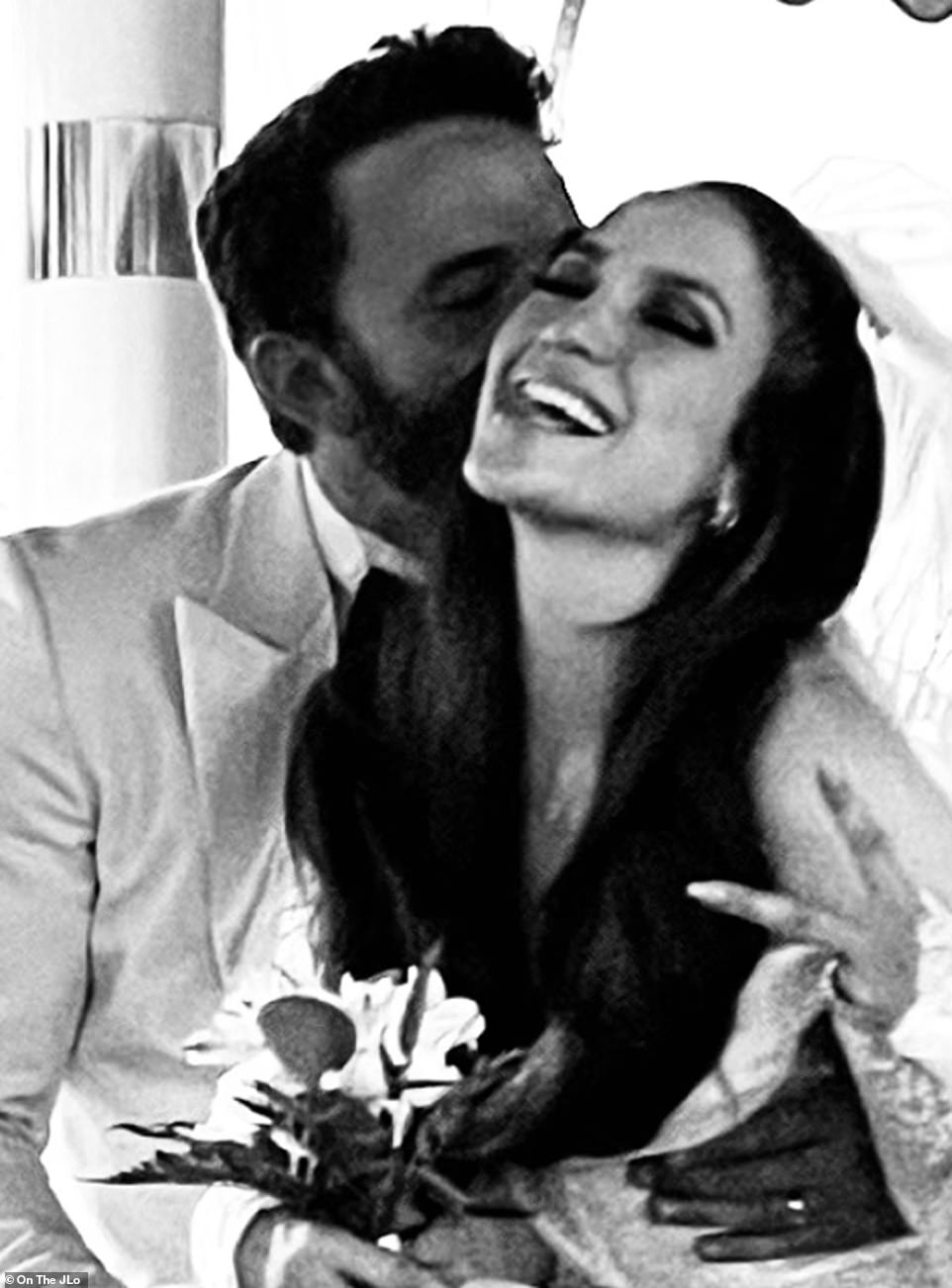 Forever may it last: Wolfe also predicted that the dynamic duo are in it for the long haul, saying, ‘After seeing them and the love they have for each other, I 100 percent believe they will last’

It comes after a witness who observed Lopez and Affleck exchange vows gave a similar account.

Kenosha Portis, who was working as a witness at the Little White Wedding Chapel on Saturday, said Bennifer arrived just before they closed up shop to get married.

Speaking with Good Morning America, Portis recalled the power couple’s nuptials: ‘It was so exciting. I mean, we were getting ready to close and we had a special guest arrive as a walk-in. I started shaking a little bit, you know, “Oh my God this is Jennifer Lopez we are getting ready to marry!”‘ 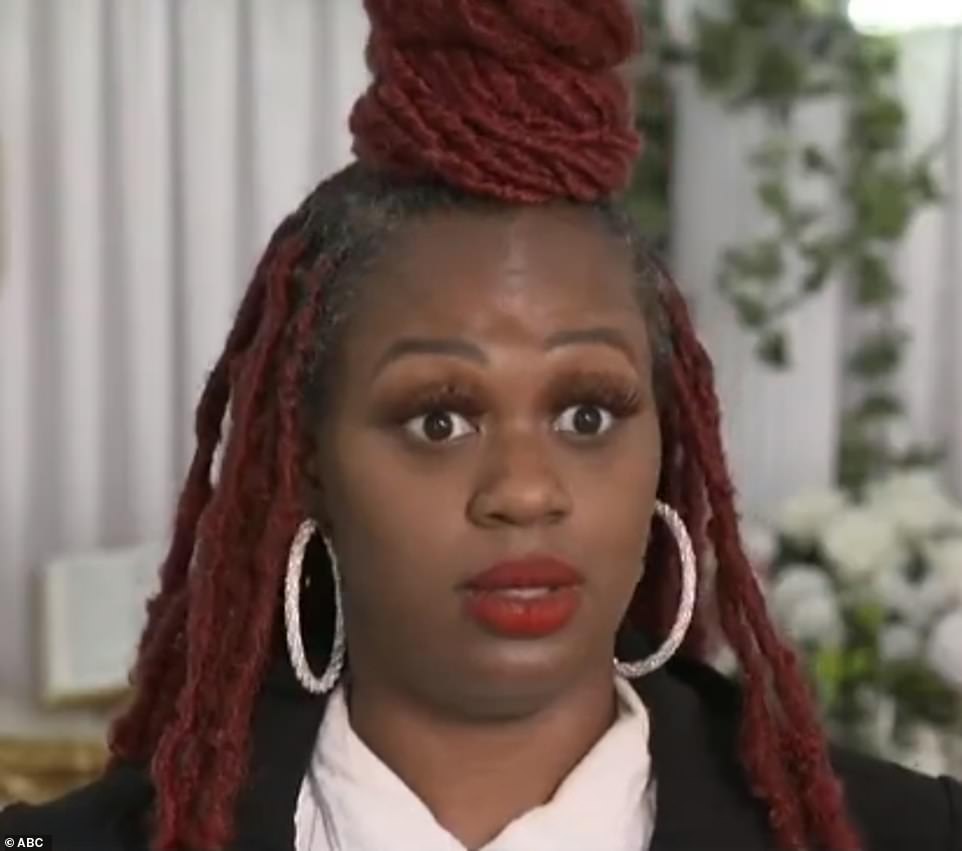 Emotional: It comes after Kenosha Portis, who was working as a witness at the chapel, shared similar sentiments, revealing that the couple were ’emotional’ and ‘cried’ during their wedding

‘As they were reading each other’s vows, they were very sweet, they both were emotional. They cried to each other. The kids were right there behind them.’

People reports that Jennifer walked down the aisle to Here Comes The Bride, which was played over the chapel’s Bluetooth speaker.

And very few people attended the A-list nuptials. Among them was Jennifer’s 14-year-old Emme and one of Ben’s three children, according to the publication.

Chris Appleton, who did JLo’s hair for the occasion, was also one of the witnesses. 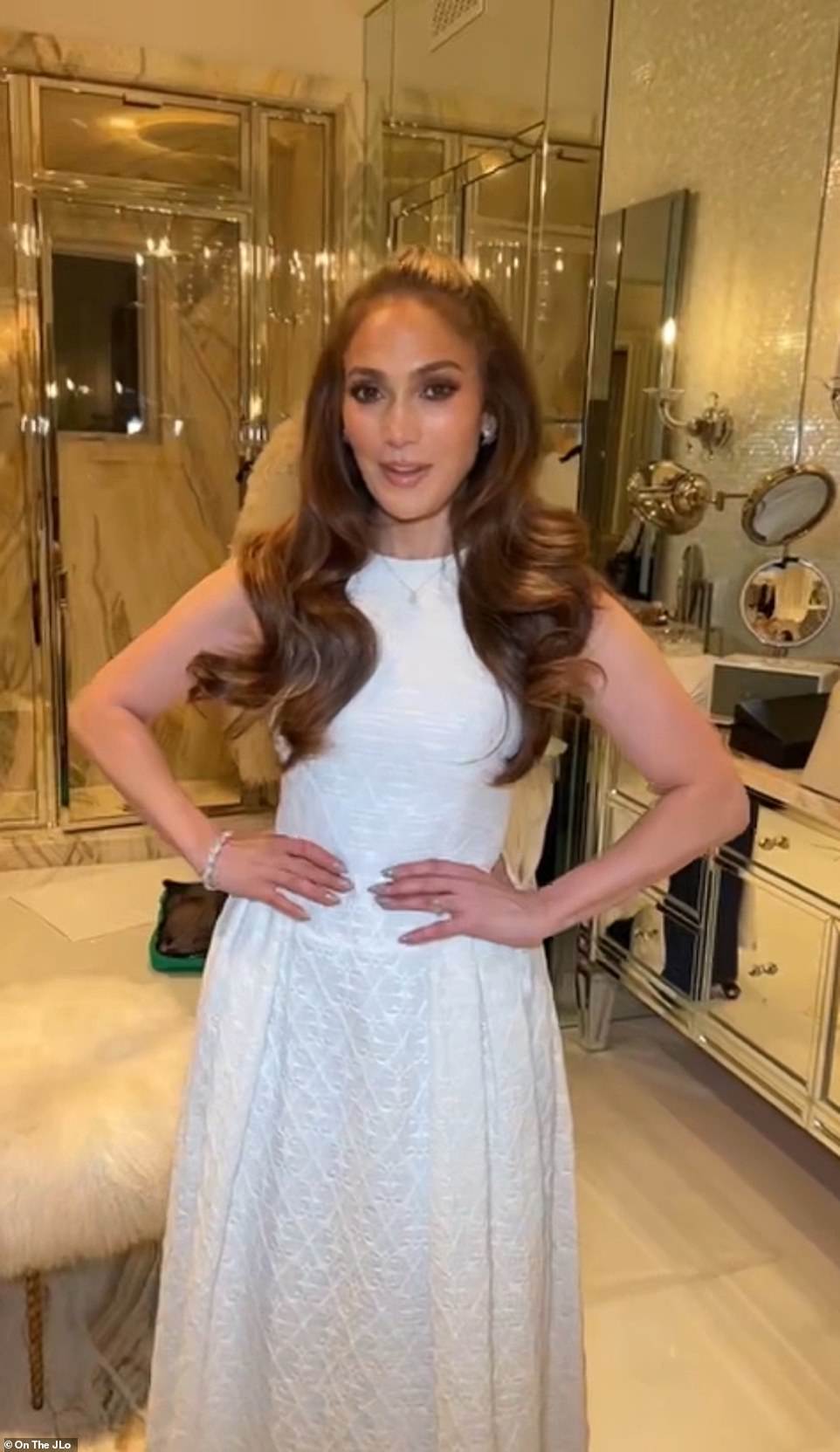 Blushing bride! The pair tied the knot in Las Vegas late Saturday night at the A Little White Wedding Chapel, with JLo wearing a quaint white dress in video posted to her newsletter

Here comes the bride! JLo did several twirls as she showcased her white dress 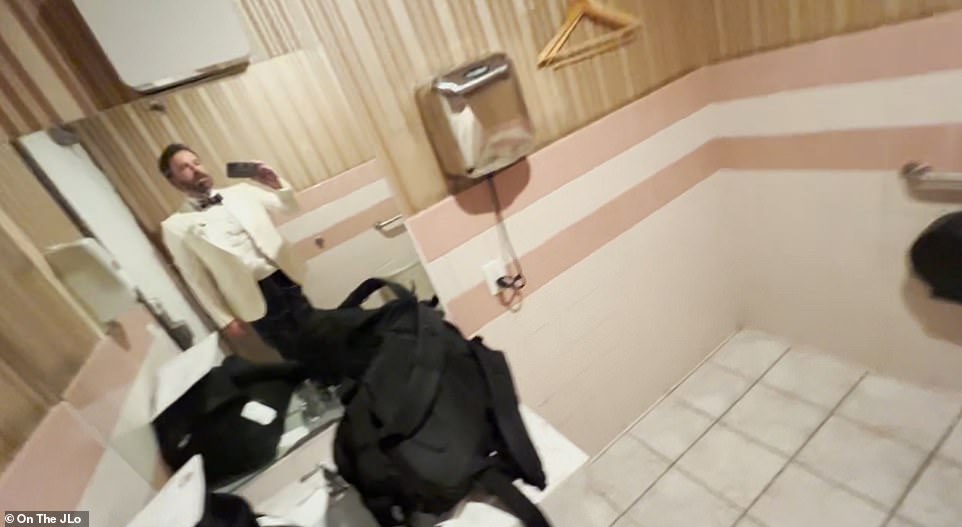 ‘And this was my wedding changing area!’ Ben, wearing a white suit, declared as he held the camera up to a scratched-up mirror

‘They wanted it to be very simple,’ a chapel source told the publication. ‘They were very excited.’

A music insider also dished on their decision to elope: ‘Jen and Ben are so gaga in love that they wanted to get married. They are busy and wanted to make it easy and intimate in a fun setting to symbolize their happiness after so long,’ the source said.

The couple also won’t be going on their honeymoon right away due to their busy workloads – but J.Lo isn’t letting this bring her down. 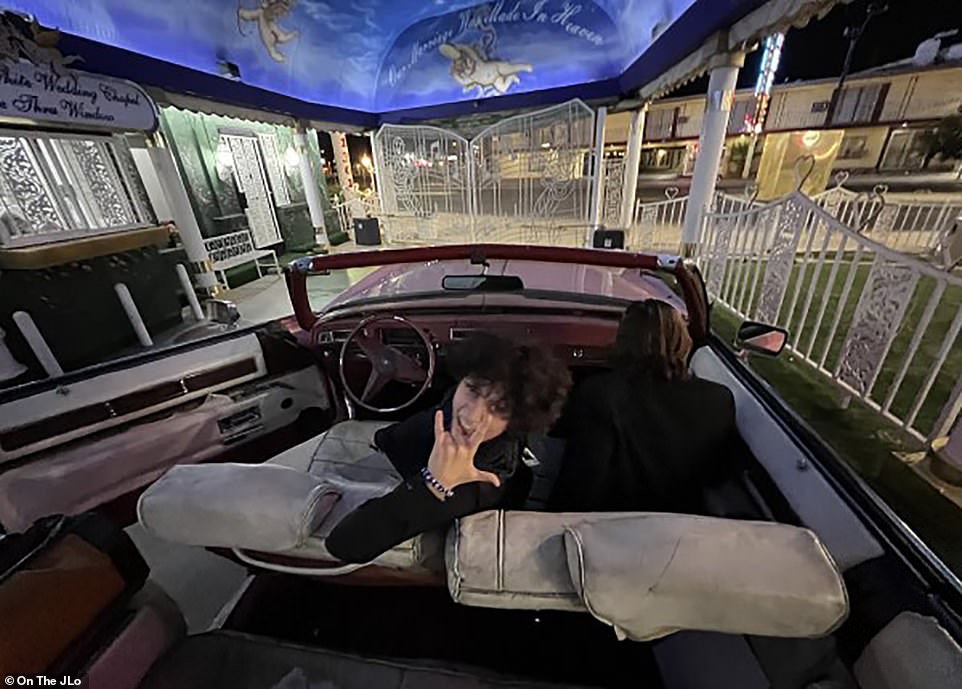 ‘Jennifer says that every day with Ben is a honeymoon,’ a source told People. ‘Ever since they started dating again, Jennifer has truly believed that this is it.’

They will, however, be throwing a large reception down the line, an insider says. ‘They plan on having a bigger party so they can celebrate with family and friends.’

Jennifer and Ben rekindled their romance last year, after previously getting engaged in 2003.

The Selena actress confirmed they tied the knot in Vegas in her newsletter Sunday. The chart-topping star also signed the letter using the name ‘Jennifer Lynn Affleck.’ 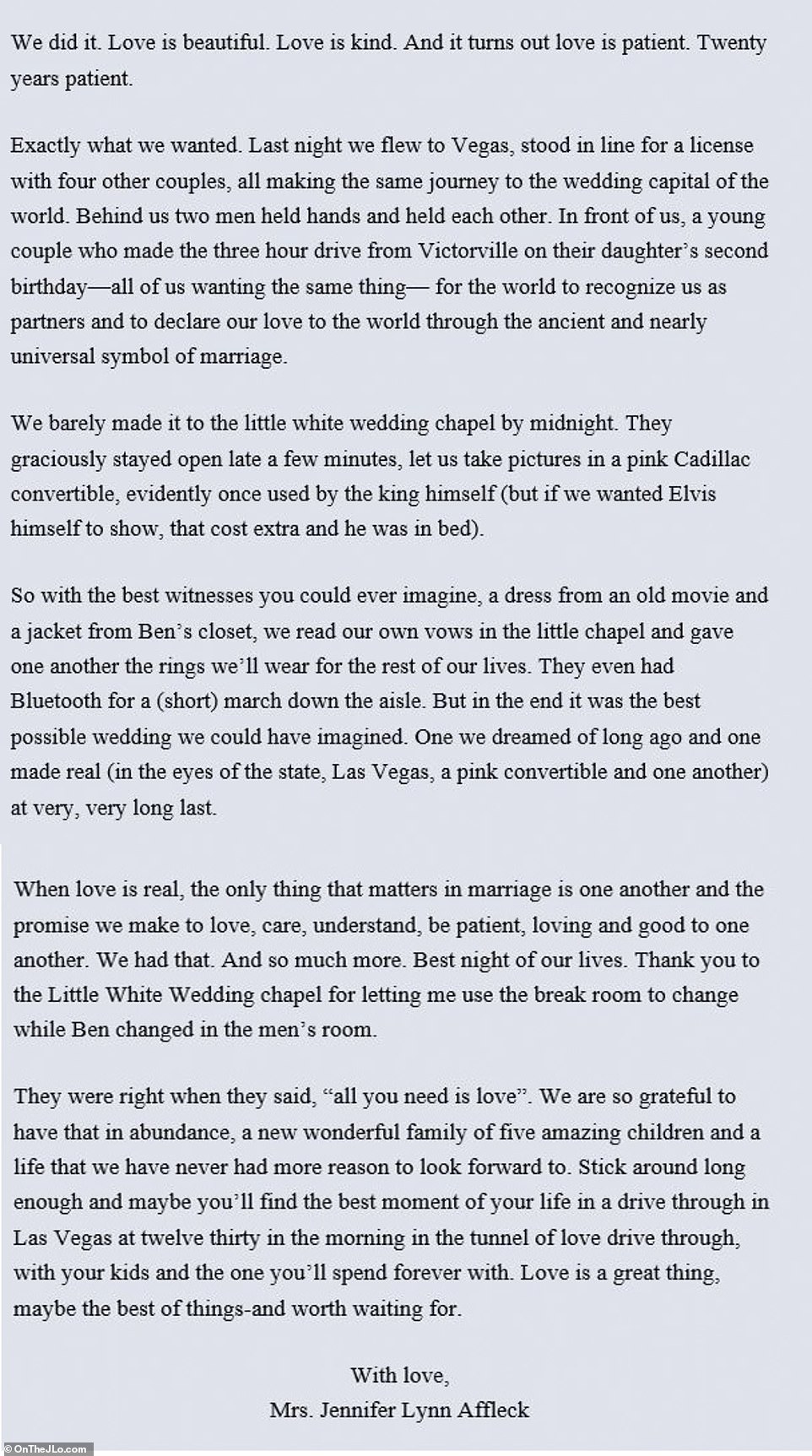 Mr and Mrs: J.Lo shared details of their special day and signed the statement from ‘Mrs. Jennifer Lynn Affleck’