Jerry O’Connell squirms when Andy Cohen tells him he is ‘carrying’ The Talk and his salary should be ‘quadrupled’: ‘Without Jerry there ain’t no show’

Jerry O’Connell was put in an awkward position on a recent episode of Watch What Happens Live with Andy Cohen.

Cohen, 54, seemed to be criticizing Jerry’s The Talk co-hosts Amanda Kloots and Sheryl Underwood when he unexpectedly said that the 48-year-old personality is ‘carrying’ the show.

‘CBS should quadruple your salary because there’s one person who is carrying the show and I’m sorry but he is sitting right here,’ the Bravo star said.

Uncomfortable: Jerry O’Connell was put in an awkward position as Andy Cohen shaded his The Talk co-hosts when he unexpectedly said that the 48-year-old personality is ‘carrying’ the show

The criticism started with Andy saying, ‘I have to say, I have been noticing all day, Jerry – because I saw you this morning too – you have been hunched over all day and I know it’s because you are carrying The Talk on your back.’

In response, longtime entertainer Jerry took a light-hearted approach as he said, ‘We love everyone at The Talk.’

He then emphasized, ‘They’re all my friends, I have to see them in six hours,’ making note that he’s ‘currently employed there.’

The New York City native then made his stance clear as he added, ‘Andy’s words, not mine. I love everyone. I love the world.’ 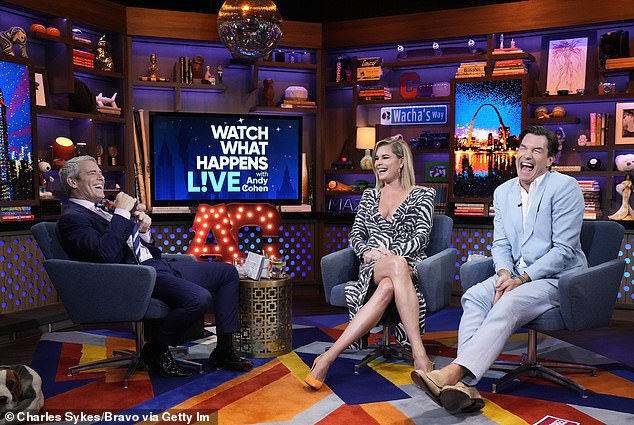 Strong statement: ‘CBS should quadruple your salary because there’s one person who is carrying the show and I’m sorry but he is sitting right here,’ the Bravo star said; seen with wife Rebecca Romijn

Since July 2021 Jerry has sat alongside Amanda Kloots, Sheryl Underwood as co-host on the daytime talk show, which airs on CBS.

He replaced Sharon Osbourne after she was booted out following an internal investigation into racial remarks she made in a heated exchange with Sheryl.

O’Connell was the first and only permanent male host at the time of his hiring, though Akbar Gbaja-Biamila joined the cast in September of that year as the second male host.

Natalie Morales rounded out the group that October. 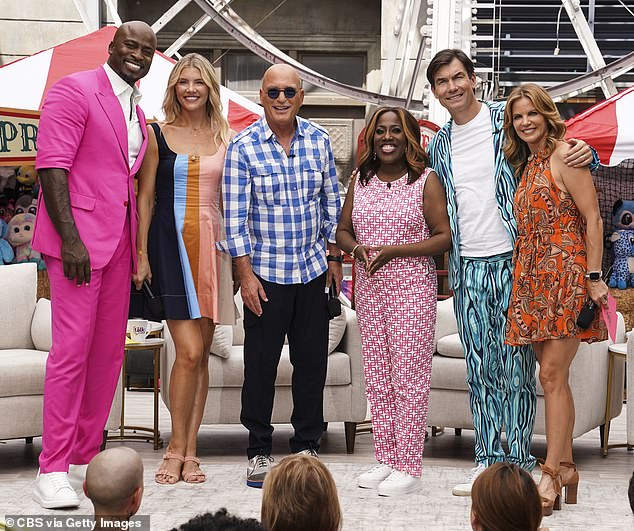 Joining Jerry on Watch What Happens Live was his longtime partner, actress and model Rebecca Romijn.

The two appeared on the popular show to promote their new dating series The Real Love Boat.

The show premieres on Wednesday, October 5, on CBS and the two will host as contestants search for love aboard a Mediterranean cruise ship. 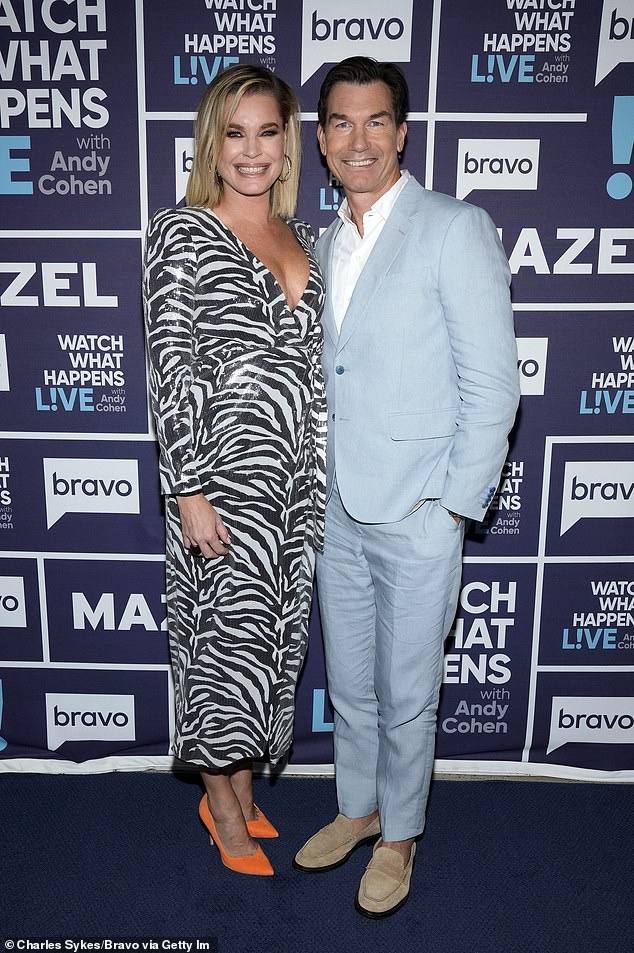 ‘This is not a muscle that Jerry and I had ever really flexed before because we’re used to watching these shows from the comfort of our own sofa,’ Rebecca told E! News of her and her husband’s new gig.

‘So to be there in the middle of the drama was a great learning curve for us. It was new for us,’ she added.

The handsome couple married in 2007 and share two daughters, twins Dolly and Charlie, 13. 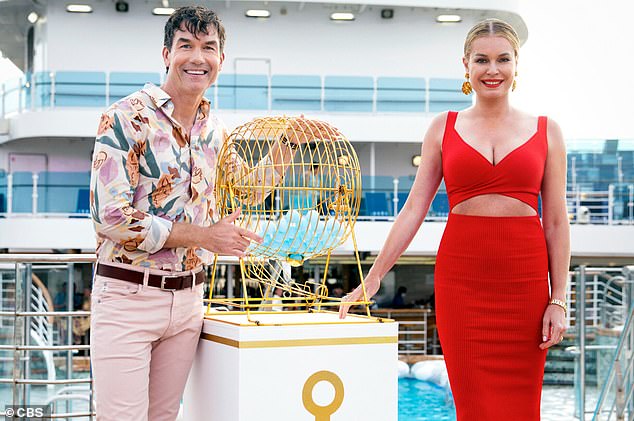 New series: O’Connell and Romijn are the hosts of the new reality TV dating show The Real Love Boat