Jessica Alba was joined by friends and family members on Thursday evening as she celebrated her 41st birthday in Los Angeles.

The actress looked stunning in a thigh-skimming silver minidress as she made her way into West Hollywood restaurant Delilah, where classic American food and boozy cocktails were served late into the night.

Alba added to her look with a pair of matching strappy heels, while a white Chanel handbag served as her only notable accessory.

The popular star was accompanied by husband Cash Warren, 43, and daughters Honor Marie, 13, and Haven, 10, while making her way inside the Santa Monica Boulevard venue. 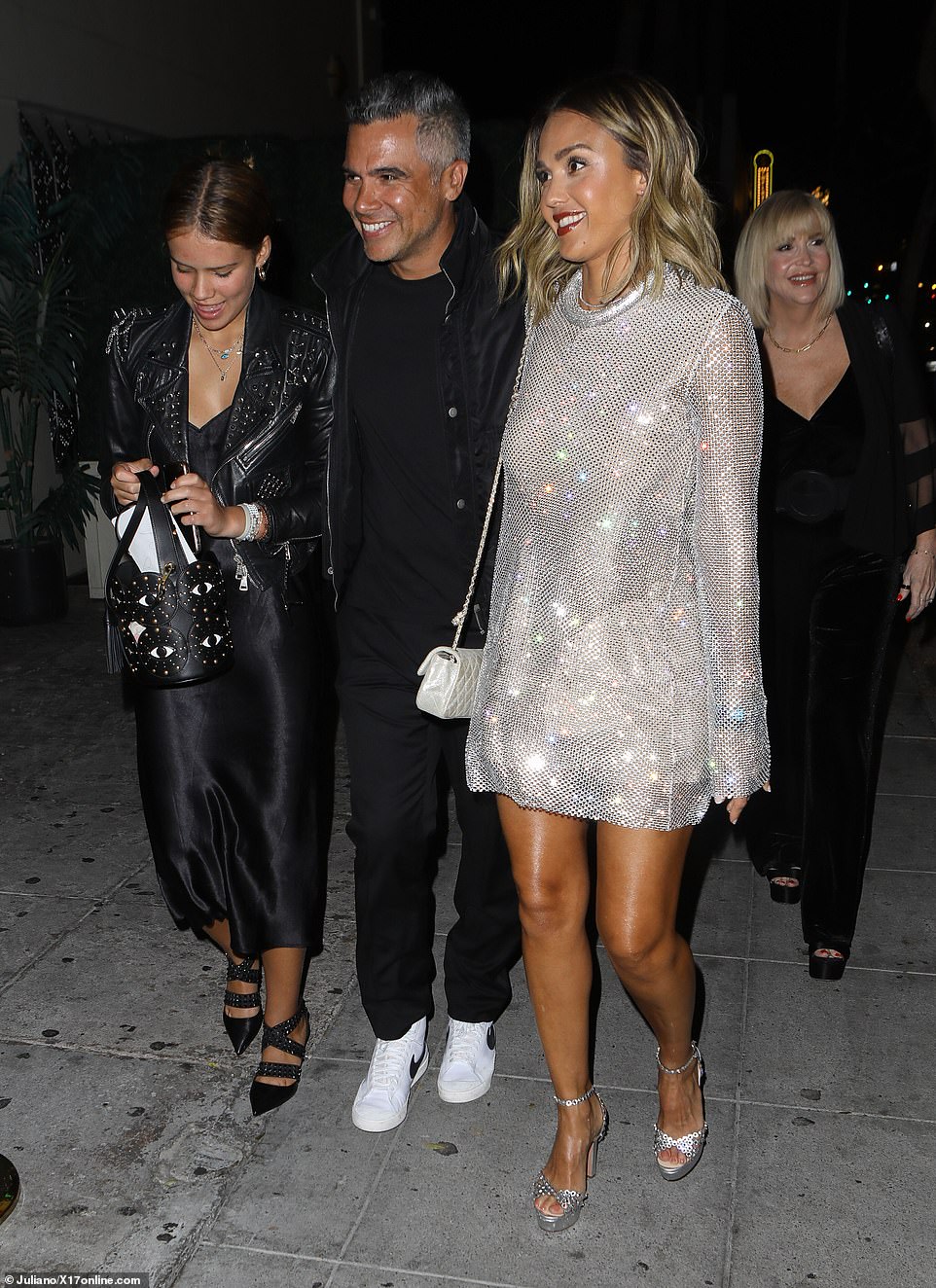 Party time: Jessica Alba was joined by friends and family members on Thursday evening as she celebrated her 41st birthday in Los Angeles 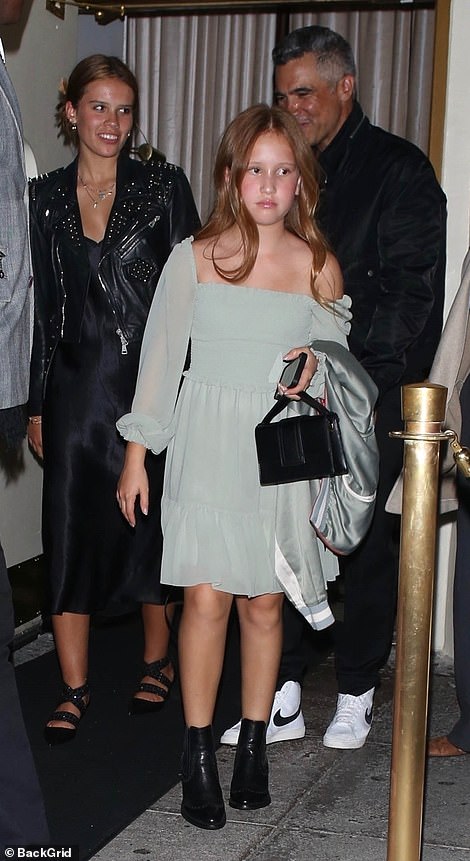 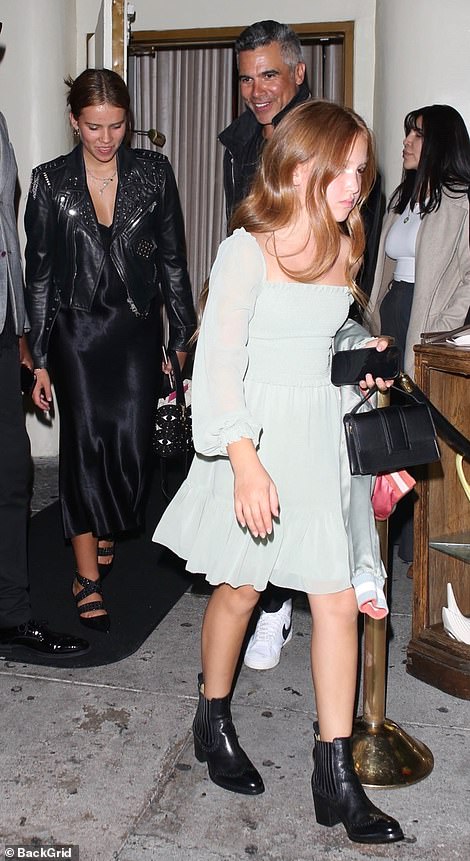 Family: Jessica’s husband Cash Warren and their two daughters, Honor Marie, 13, and Haven, 10, were seen greeting doormen as they made their way inside 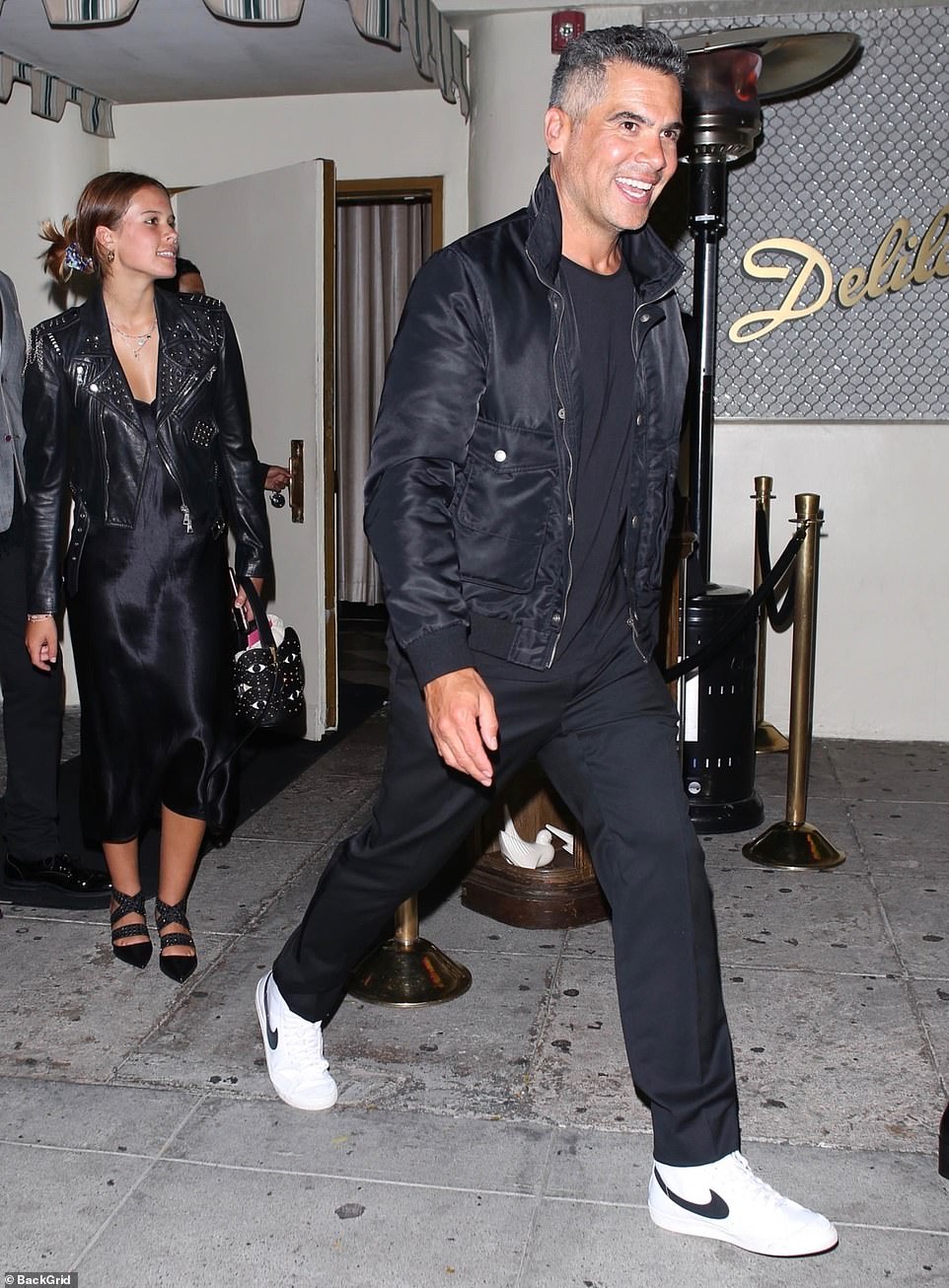 Upbeat: Film producer Cash was in a buoyant mood after exiting the venue with his eldest daughter on Thursday evening

Guests included Jessica Simpson, who flashed some serious underboob as she left with her husband Eric Johnson on Thursday night.

The 41-year-old singer showcased her ample assets in the daring cut-out dress in a brown shade but suffered a major fake tan fail in her figure-hugging outfit.

For her night out Jessica wowed in the halter-neck dress which she teamed with gold and brown heels while toting a gold clutch bag. 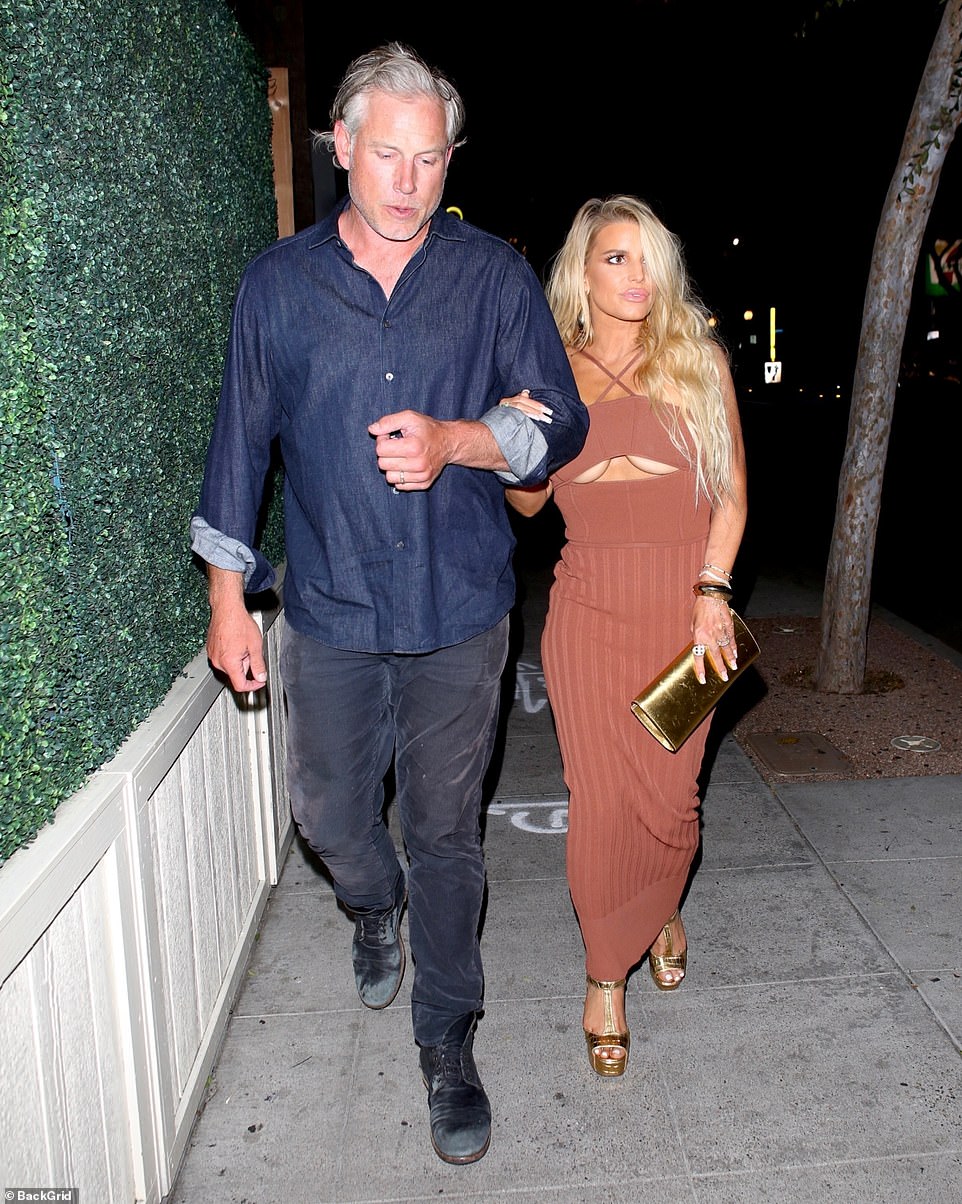 In attendance: Jessica Simpson was accompanied by husband Eric Johnson as she made her was inside the venue 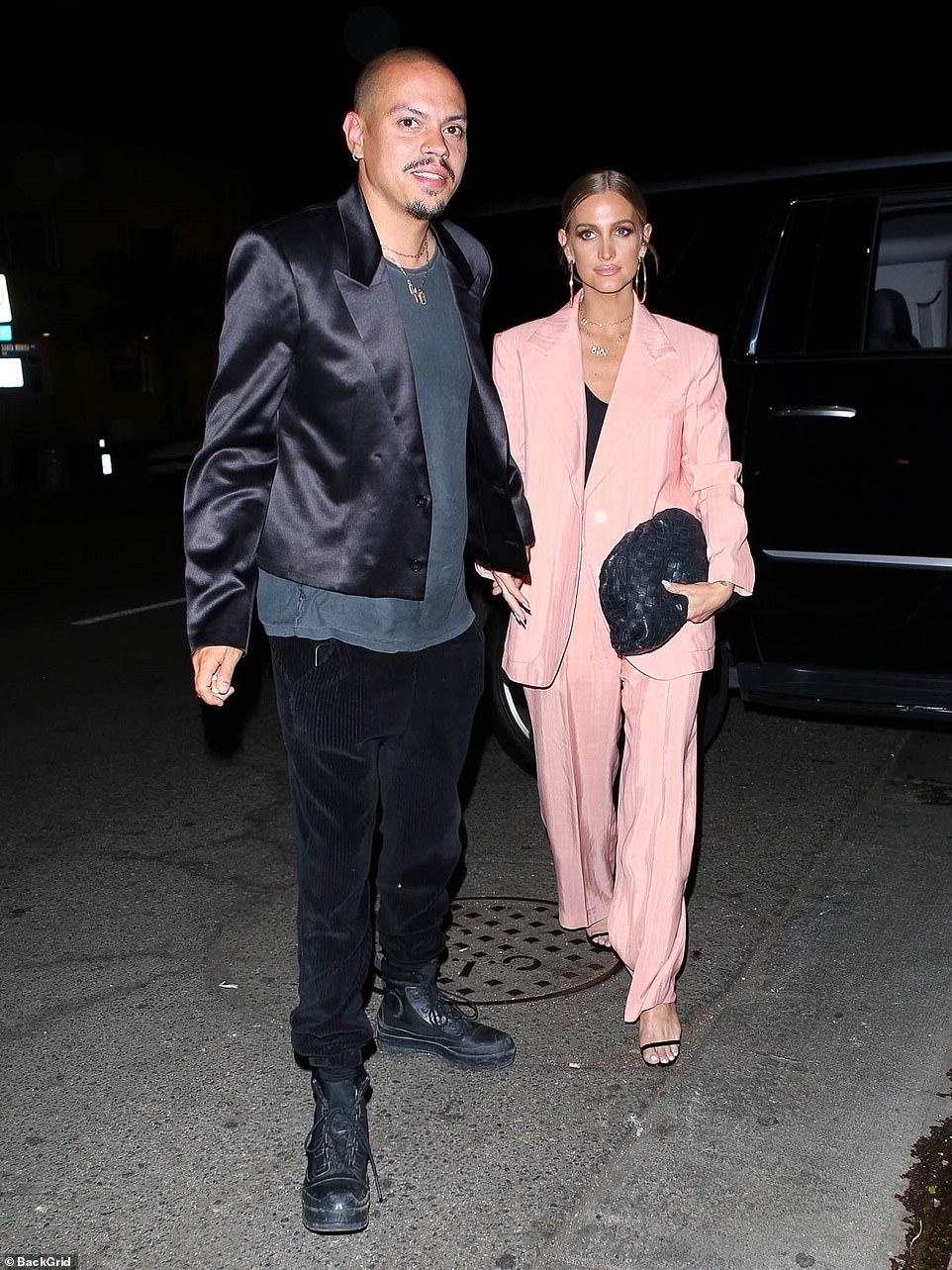 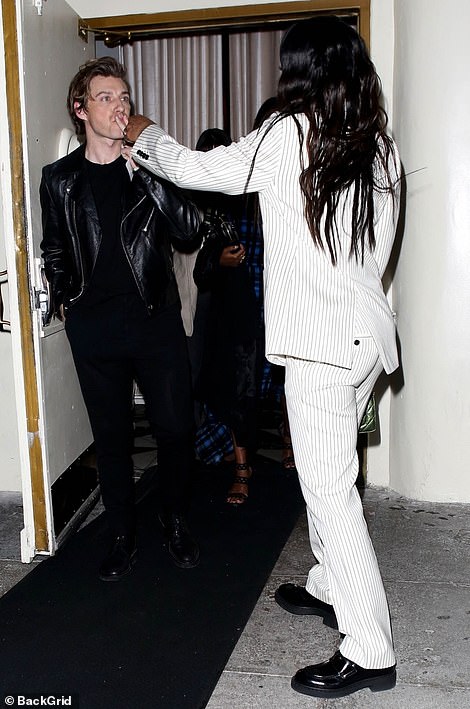 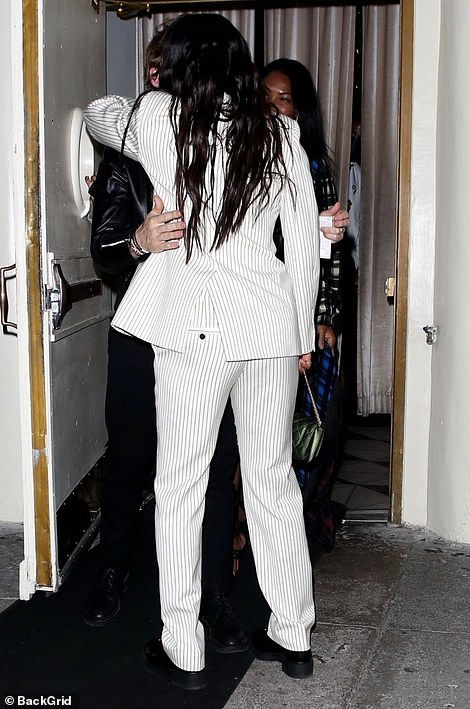 Fancy meeting you here! Former Destiny’s Child star Kelly Rowland greeting a fellow guest with an embrace outside the venue 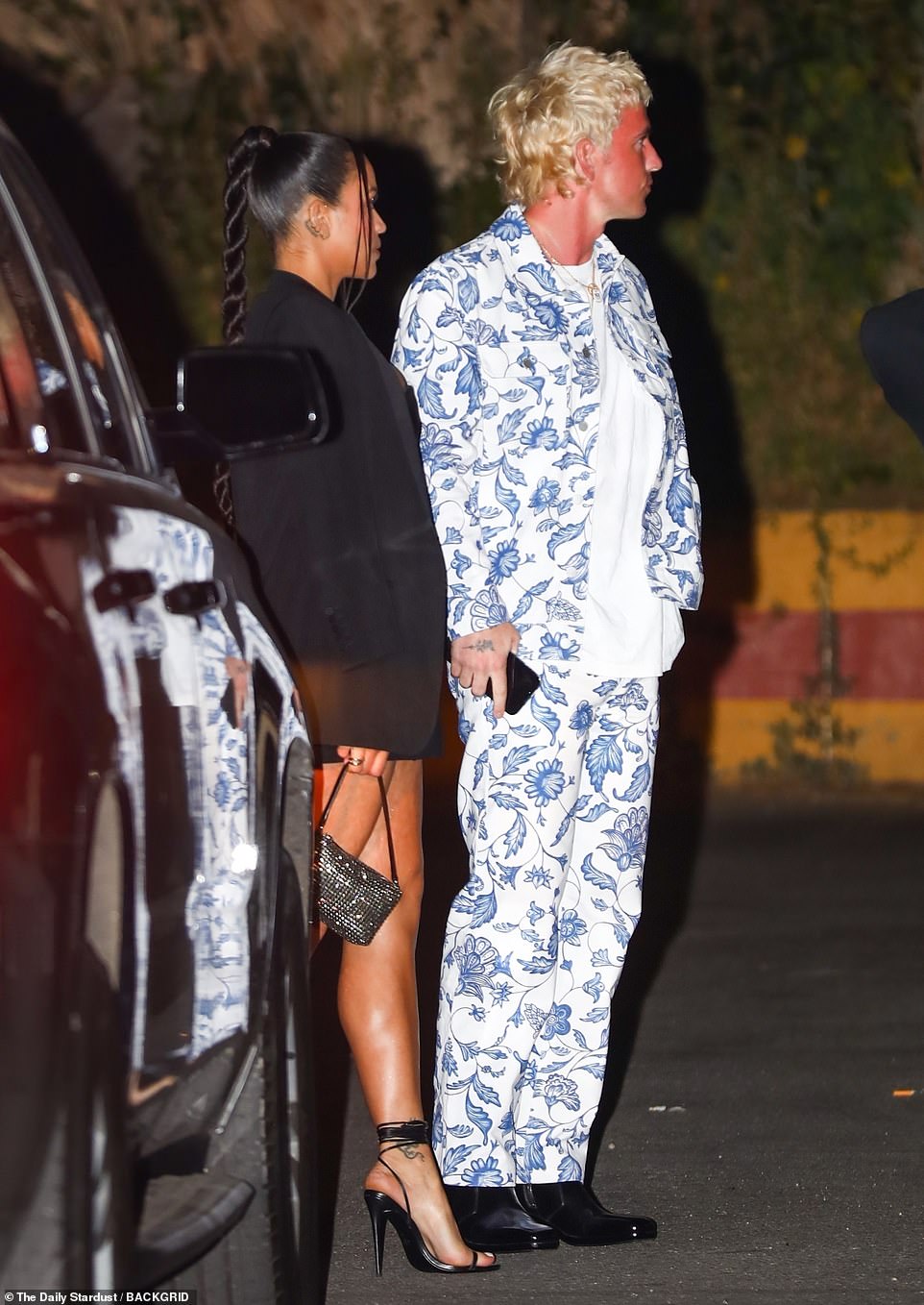 Night out: Cassie and Alex Fine caught the eye as they prepared to make their entrance at the star-studded soiree 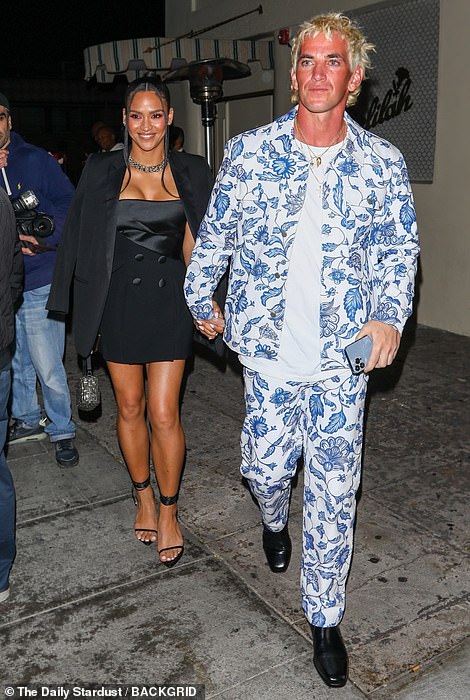 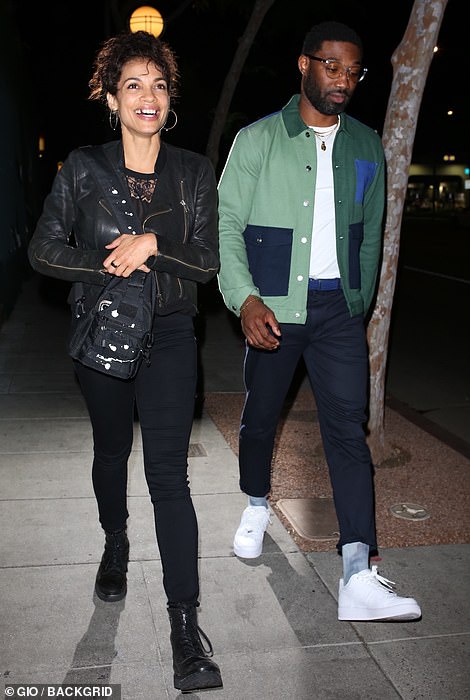 Hand in hand: Cassie and Alex were seen leaving the event later that night (L), while Rosario Dawson was also spotted alongside a new boyfriend (R) 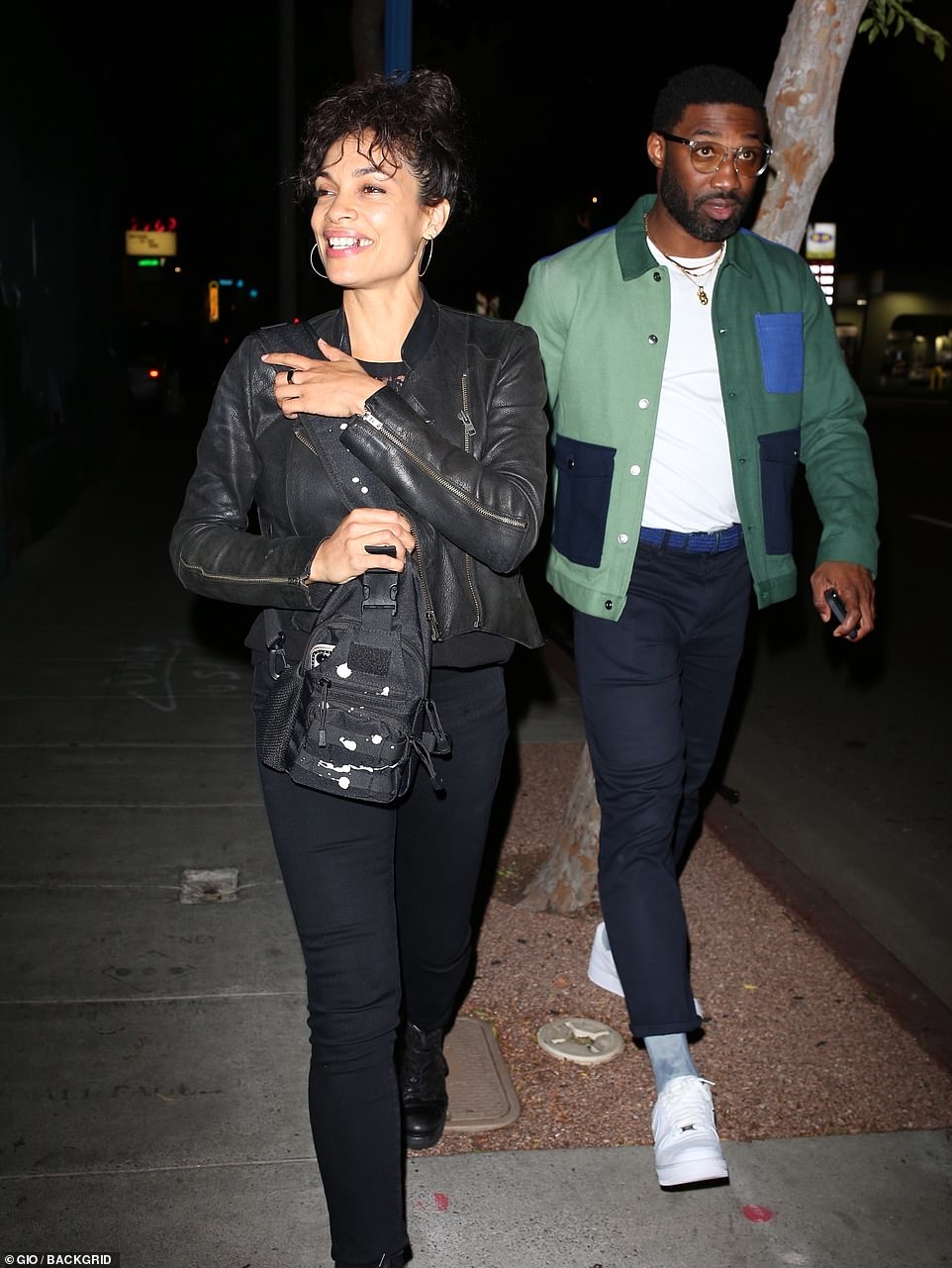 She’s pleased: Rosario appeared to be in high spirits as she greeted onlookers outside the venue on Thursday evening

Elsewhere Ashlee Simpson showcased her bold sense in a pink suit teamed with a black top as she arrived at the event.

She boosted her height in a pair of black strappy heels and carried a clutch bag, while walking hand-in-hand with her partner, 33.

Ashlee scraped her brunette tresses back in a low bun, flashing her huge gold hoop earrings and several necklaces.

The natural beauty sported a bronzed makeup palette which accentuated her natural features, teamed with a nude lip.

The actor sported a pair of black biker boots and gold chains while putting on a loved-up display with his wife. 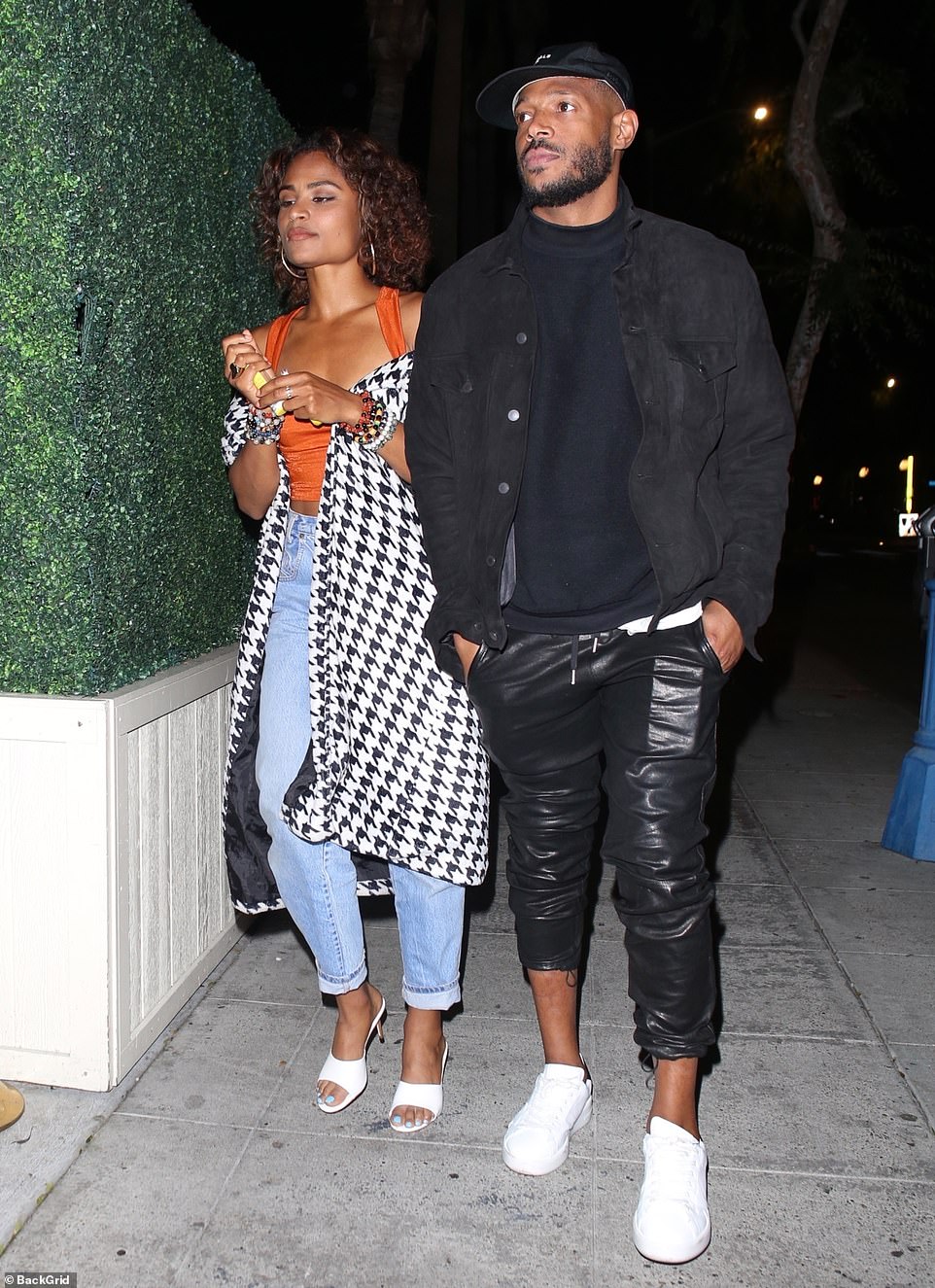 He’s got company: Marlon Wayans was joined by a female friend as they made their way into Delilah’s on Thursday night 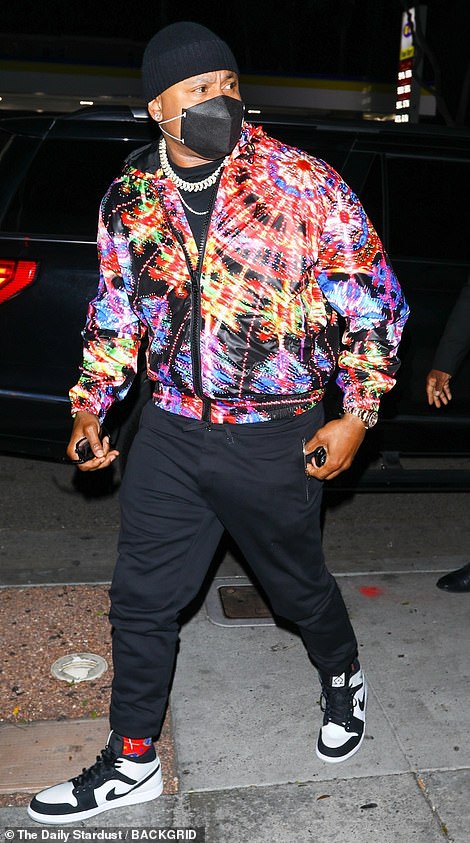 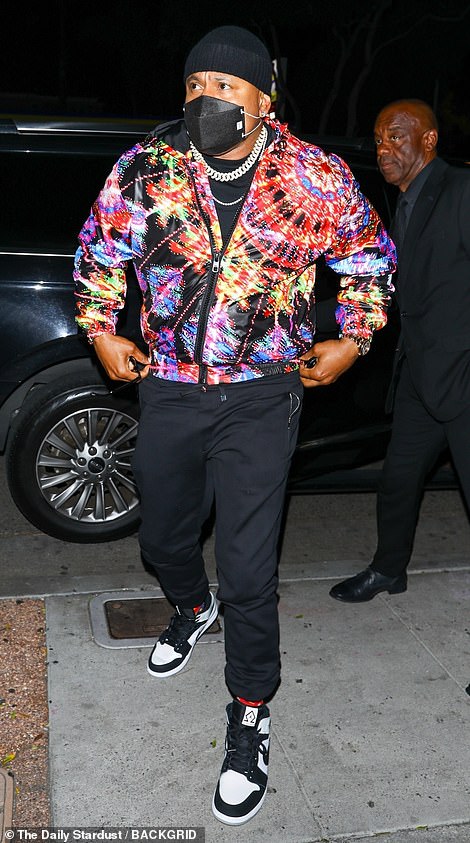 Bold look: Rapper and actor LL Cool J opted for a colourful track suit top over joggers and high-top trainers on the night 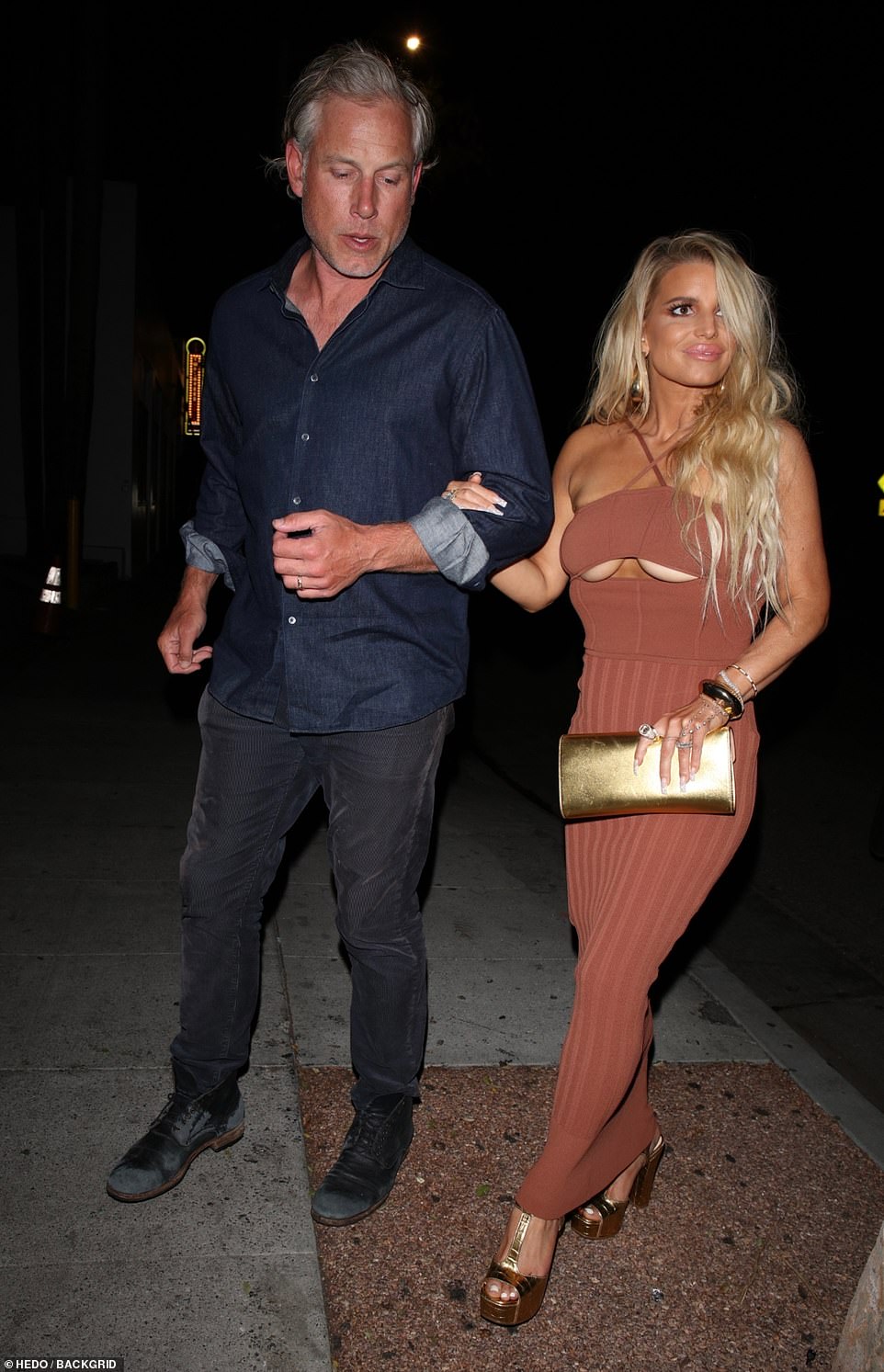 Hard to miss: Jessica Simpson’s dress fully exposed her underboob as she arrived on the arm of her husband 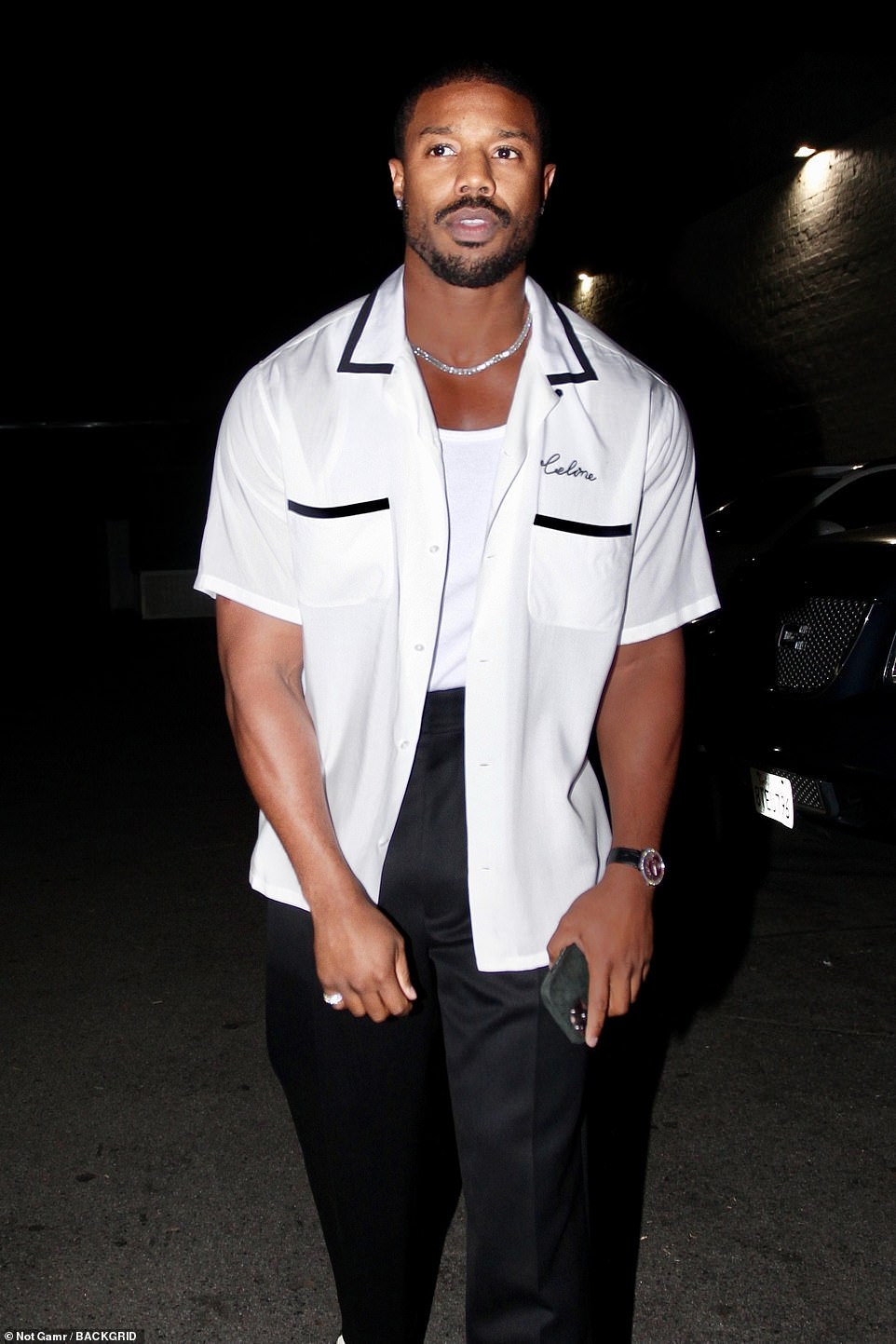 Alba began her television and movie appearances at age 13 in Camp Nowhere and The Secret World of Alex Mack.

But then she took it a step up by starring in the prime time television series Dark Angel, for which she received a Golden Globe nomination, when she was still a teen.

Several hits followed such as 2010’s ensemble Valentine’s Day before she popped up in lesser known films like 2015’s Baby, Baby, Baby.

In 2019 she starred with Gabrielle Union in LA’s Finest as Nancy McKenna, but the show has been canceled.

Up And last week it was revealed that Alba and her friend Lizzy Mathis are set to host and executive produce Honest Renovations, a show on Roku about families putting together their dream homes and tackling tough parenting issues.

Alba and Mathis, 39, will assist ‘deserving families complete the home renovations of their dreams and confront issues about parenting through candid conversations.’

Discussing the show,  Alba said in a statement that ‘becoming a parent was exciting, scary and confusing all at once.’

The Honest Company founder added: ‘Parenthood is the most transformative life experience, and no matter how much you think you’re prepared; you never really are.

‘I can’t wait to share the stories of the special families and their incredible home renovations with viewers on The Roku Channel.’ 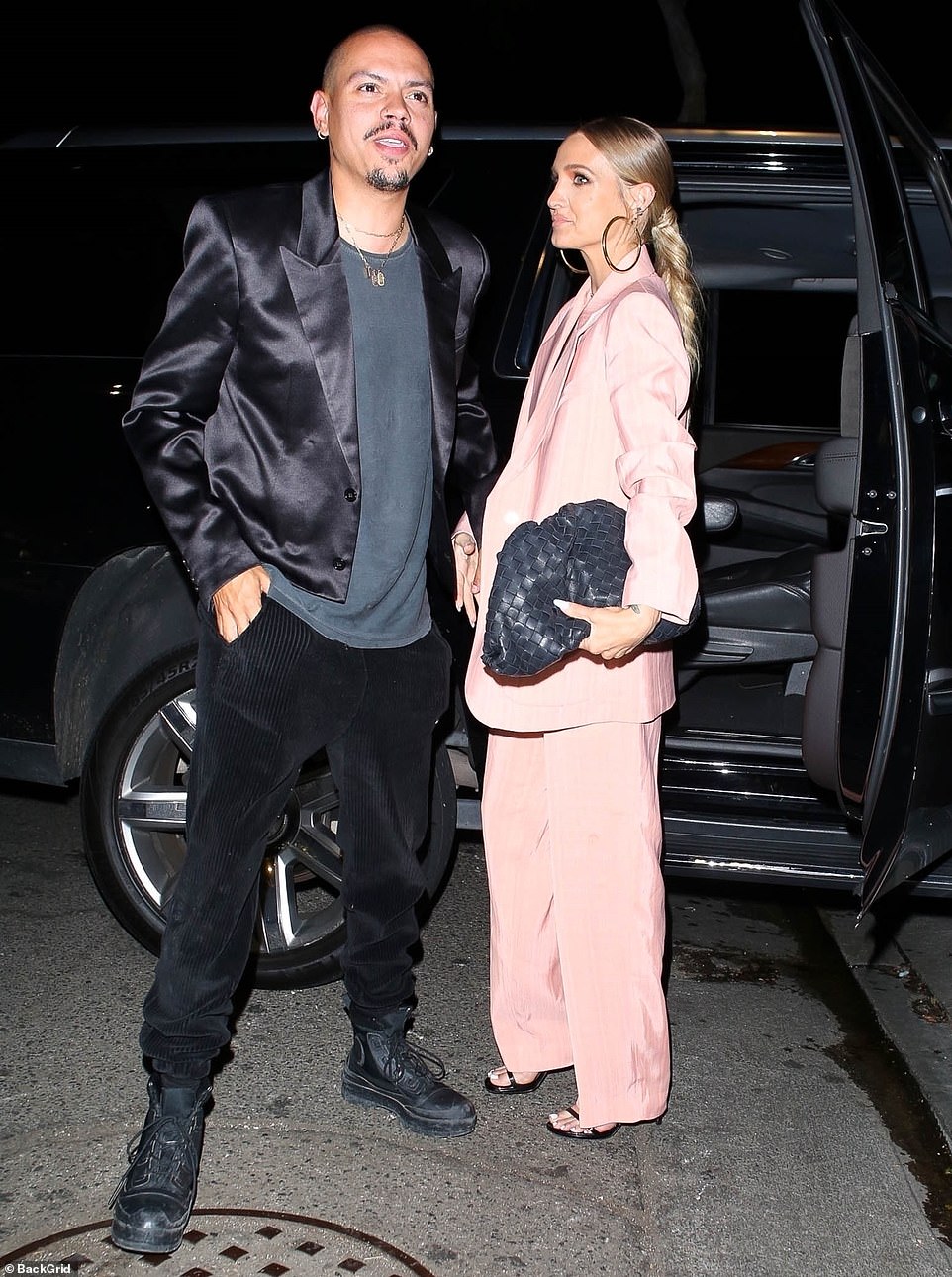 Lovely: Ashlee Simpson wore a pastel pink co-ord as she joined husband Evan for their latest night out

Familiar face: Black Eyes Peas star Will.i.am wore a relaxed outfit for his night out at the star-studded event 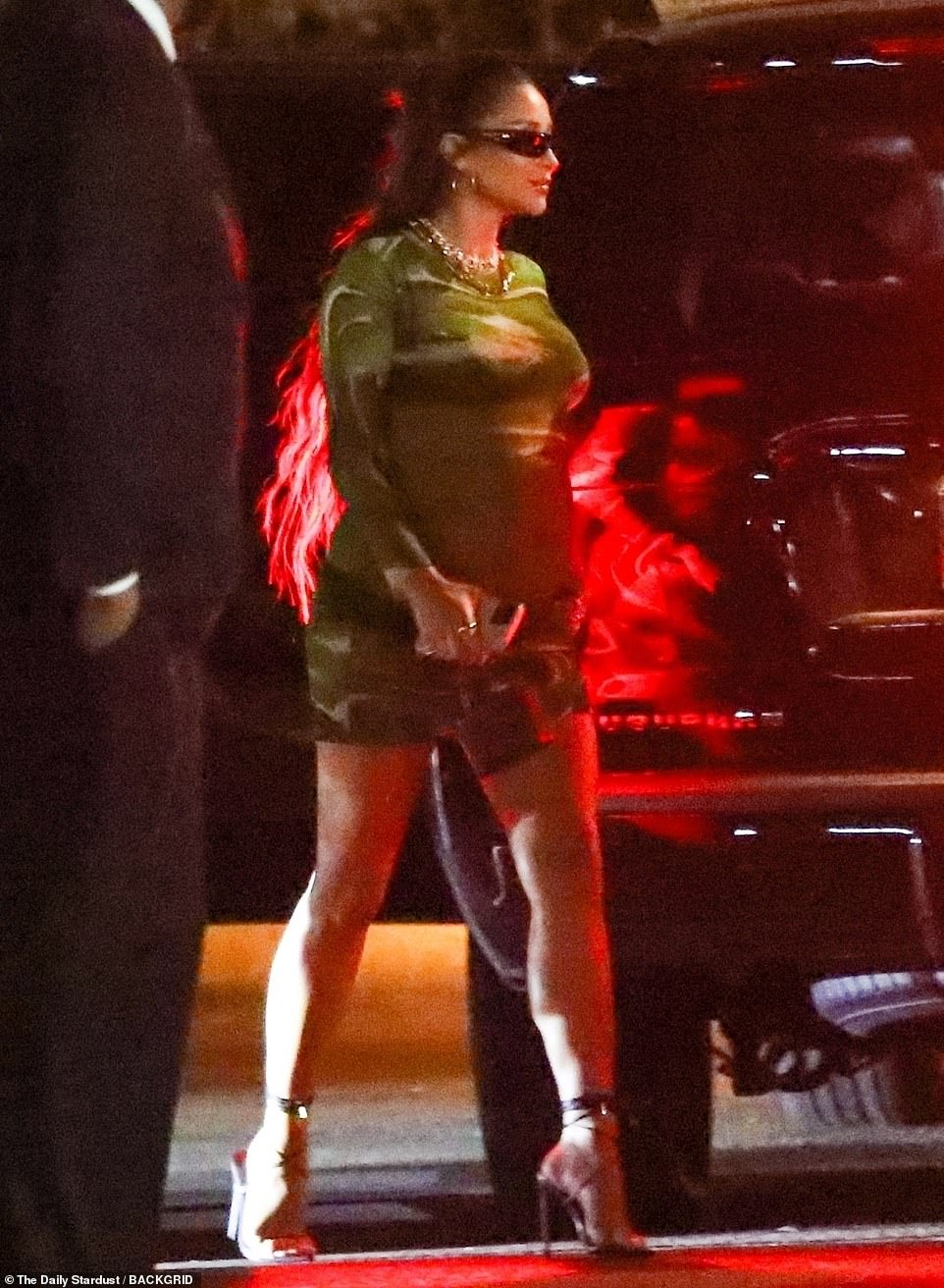 She’s expecting: A pregnant Shay Mitchell wore a form -fitting minidress as she joined guests at the event 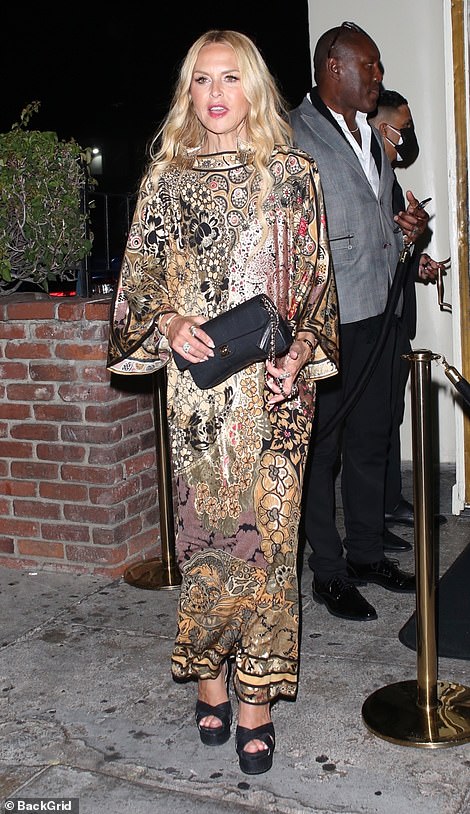 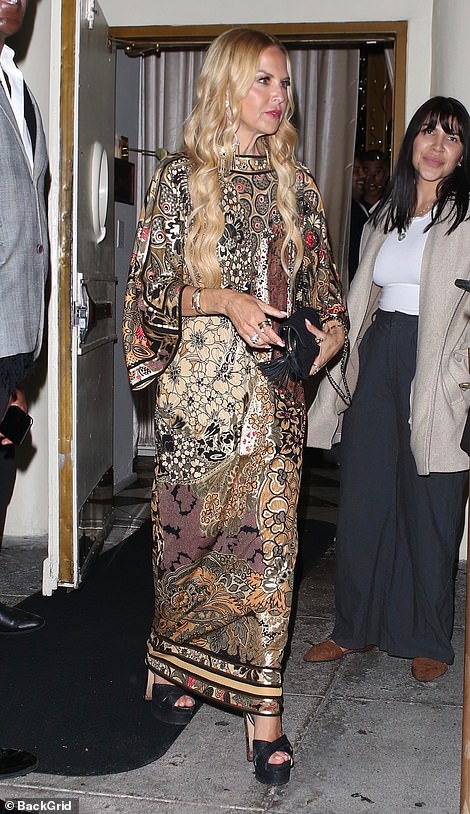 Distinctive: Rachel Zoe was easy to spot thanks to her garishly patterned dress as she left the Hollywood venue