Jessie J appeared to be in high spirits as she spent time at a crowded beach in Rio de Janeiro with her boyfriend, Chanan Colman, on Thursday.

The Domino singer, 34, donned a red one-piece swimsuit as she jumped into the waves with her beau, 38, while enjoying an afternoon at the gorgeous seaside city.

The talented performer recently opened up on Instagram about dealing with grief since her miscarriage last year in November, and how the loss still ‘overwhelms’ her. 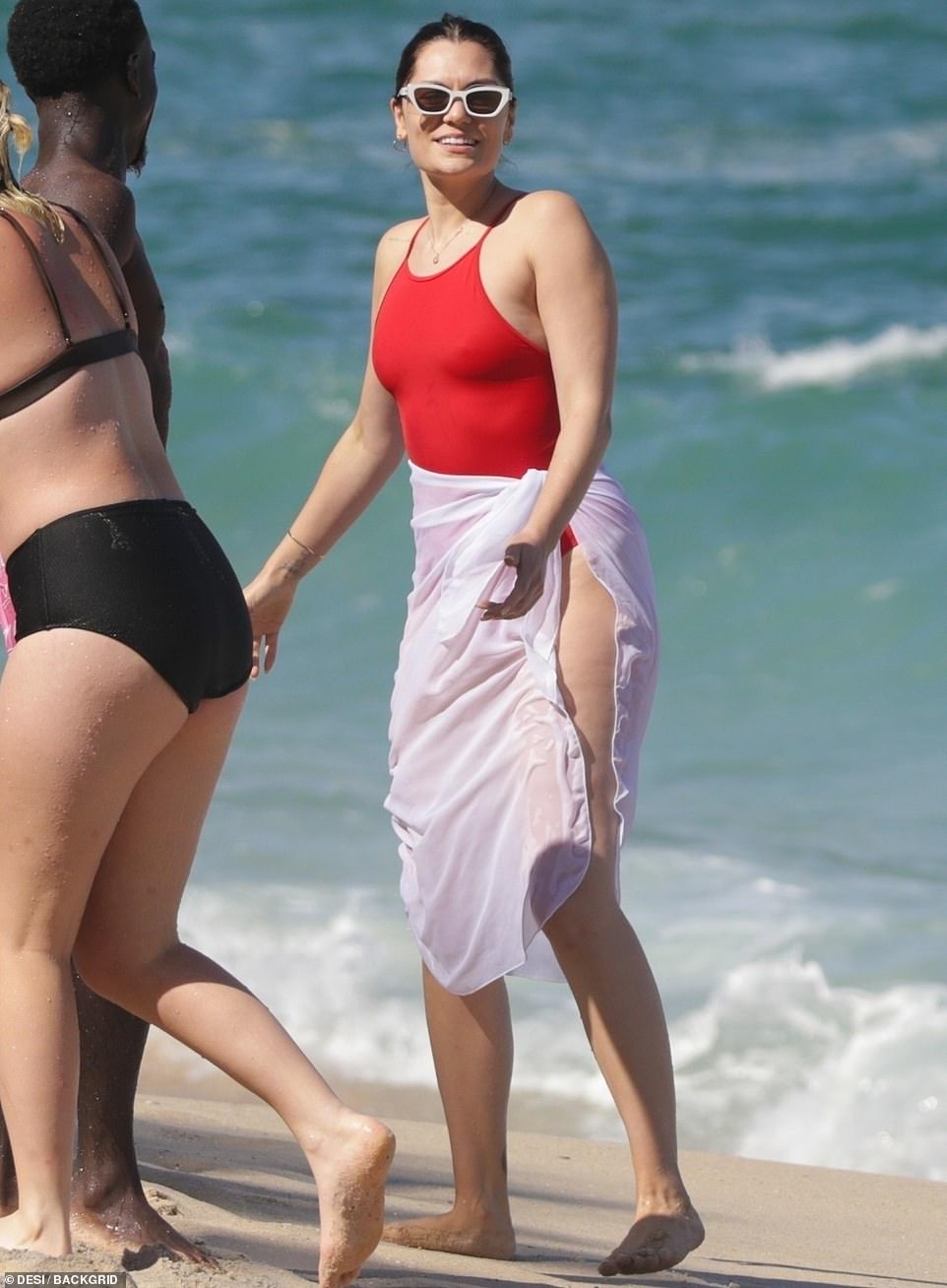 Having a blast: Jessie J, 34, held a big smile on her face as she soaked up the sun with her basketball player boyfriend, Chanan Colman, 38, in Rio de Janeiro, Brazil earlier on Thursday 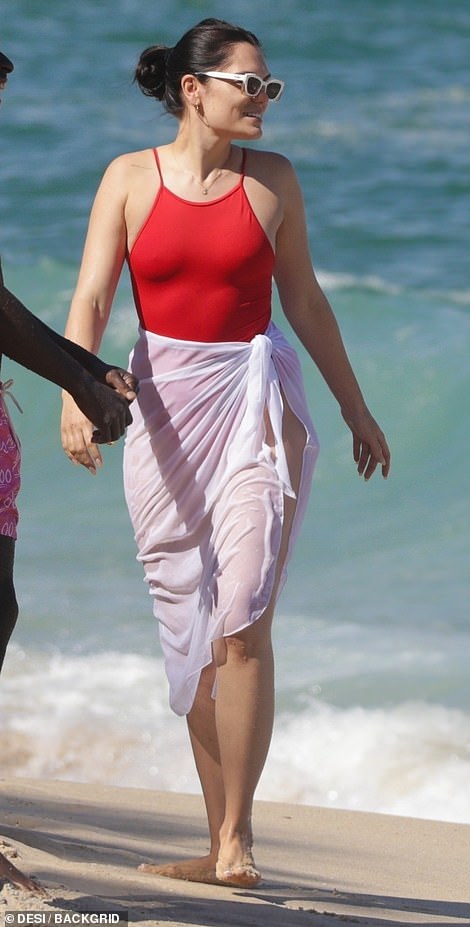 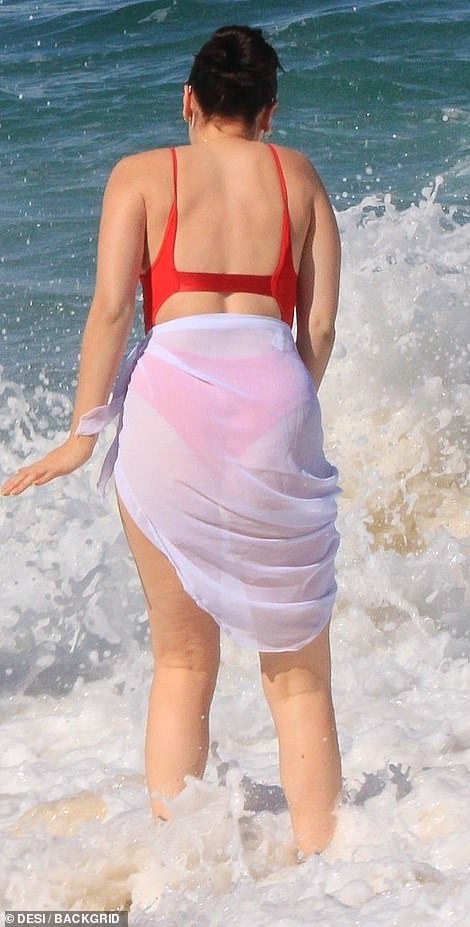 Staying positive! Despite recently opening up about dealing with grief since her miscarriage last year in November, the singer appears to be staying strong and positive

The singer looked stunning in her very revealing red one-piece swimsuit which had straps on the back.

The siren – who used to date Channing Tatum after he split from Jenna Dewan – had her hair pulled back and she was makeup free as she added white rimmed sunglasses with dark lenses.

She added a few small gold earrings that matched her thin gold bracelet. 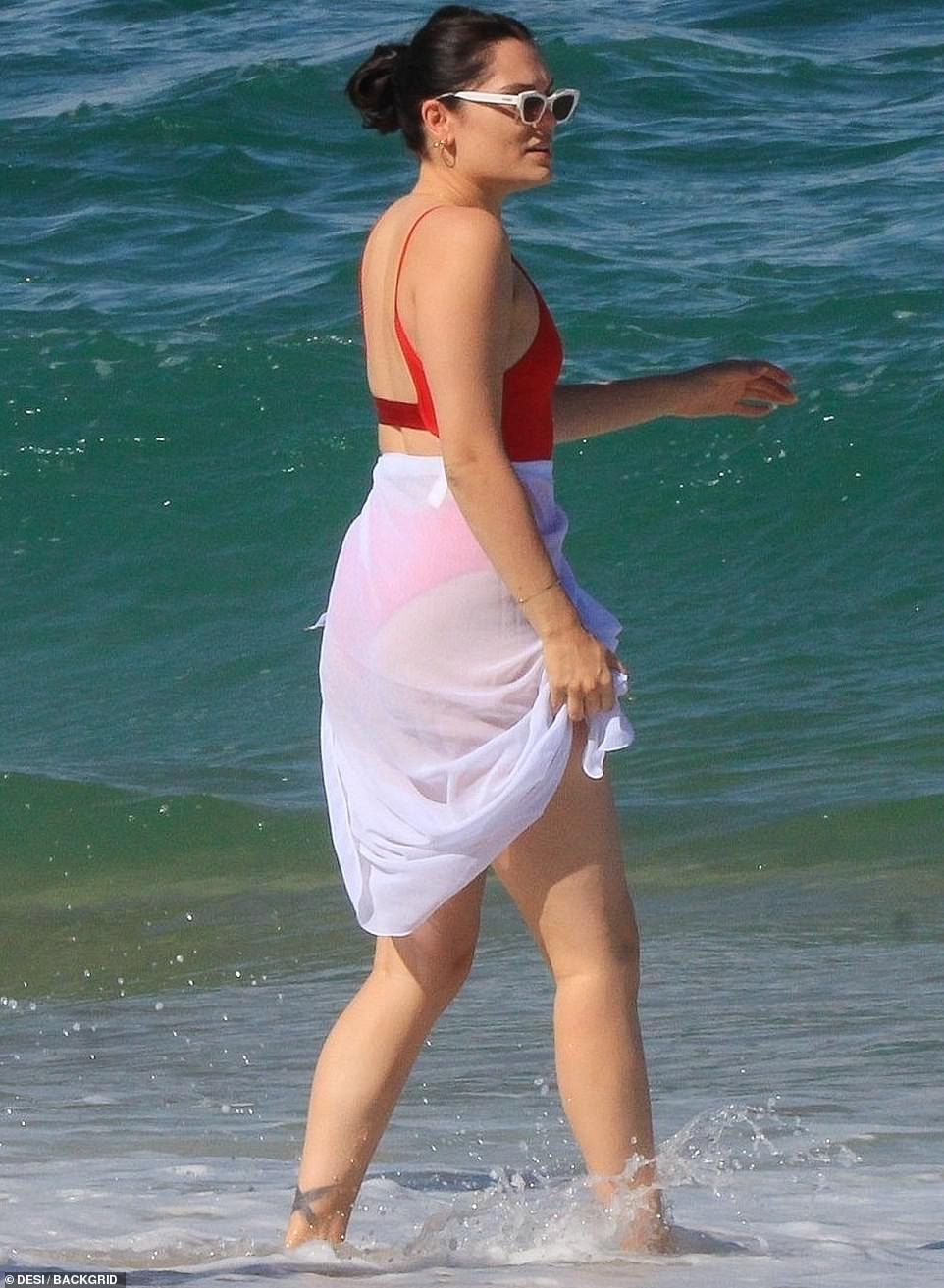 Staying cool: The beauty was pictured cooling off in the ocean water as she spent a day at the beach 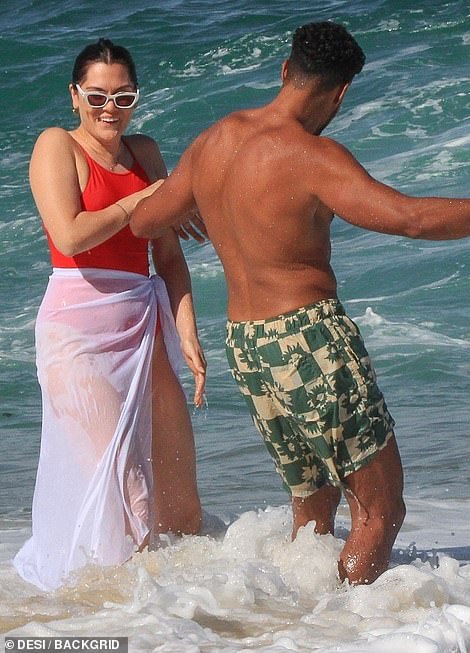 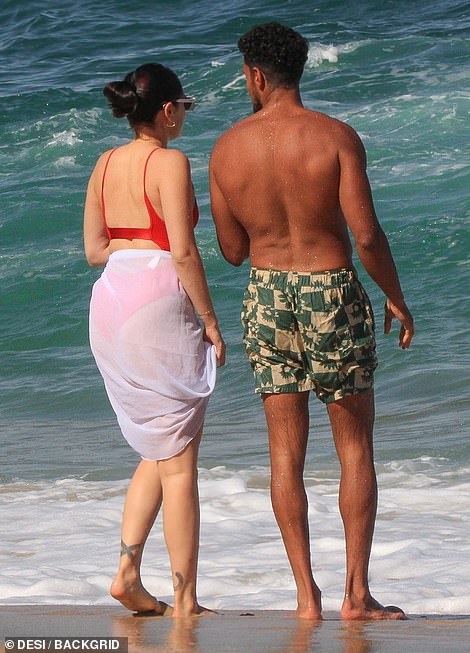 Splashing in the waves! The singer and her beau were seen jumping into the waves while in Rio

She added a very sheer white, wrap-around skirt that was secured at the waist.

The star was seen with a big smile on her face as she soaked up the sun and stepped into the cool, ocean water.

The chart-topping songbird seemed to be having a lot of fun with her beau Chanan as she was seen next to him at the beach, and she also held him from behind in the water. 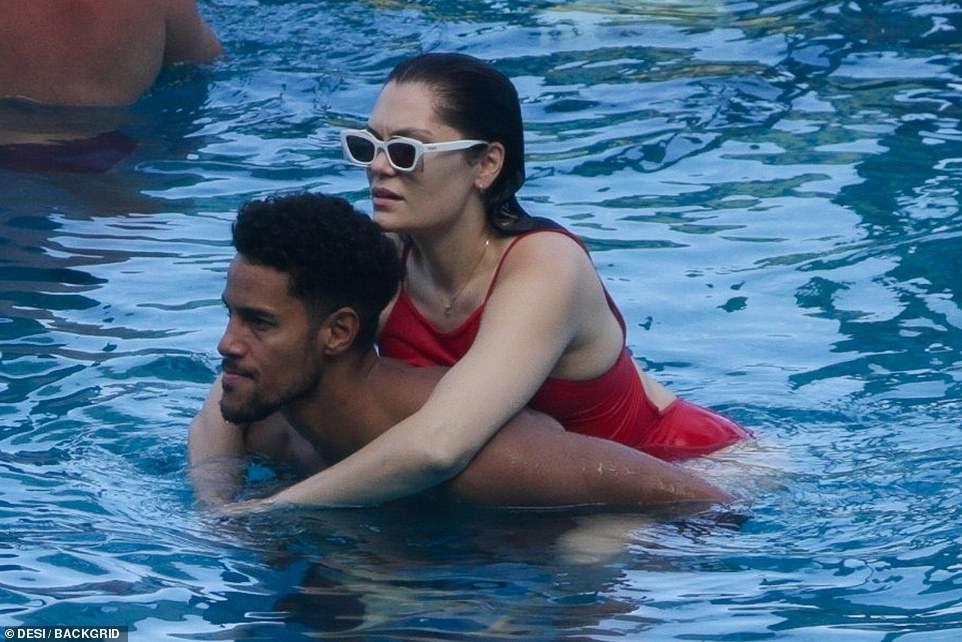 Playful! The Flashlight hitmaker was seen on the back of her boyfriend as they waded in the cool water 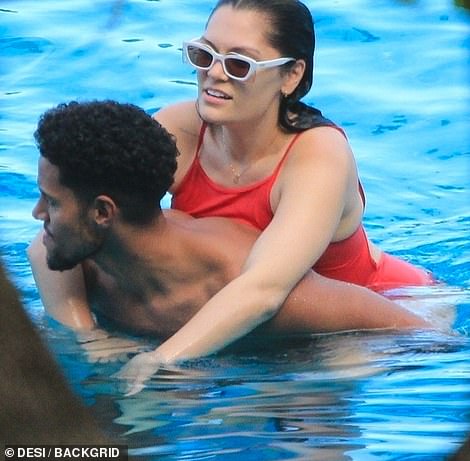 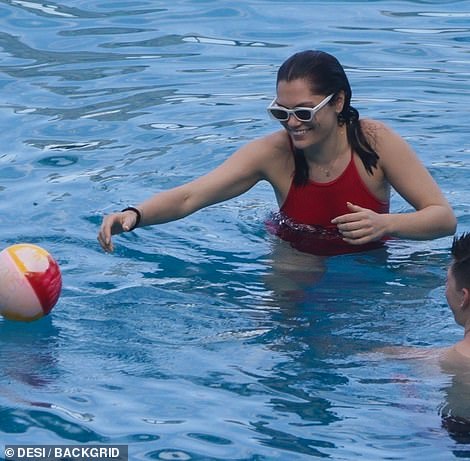 First linked: The couple were first publicly linked together earlier this year in April in Los Angeles

Jessie was seen excitedly stepping into the water as the waves came crashing around her.

The two lovebirds appeared to be having a blast together as they cooled down at the beach.

The Flashlight singer and Danish-Israeli basketball player were first linked together as an official couple earlier this year in April when they were spotted being affectionate out and about in Los Angeles, reported Page Six.

Snack time: The adorable couple were seen nibbling on a delicious corn on the cob after taking a break from the water

Jessie previously dated singer, Luke James, from 2014 until the two separated the following year in 2015. She also was in a relationship with Hollywood actor, Chaning Tatum from 2018 to 2019.

The two stars decided to give their relationship another go in 2020, but split later that same year.

A source close to the actor opened up to E! News at the time that both Jessie and Chaning attempted to date again, ‘but the same issues were still popping up.’ 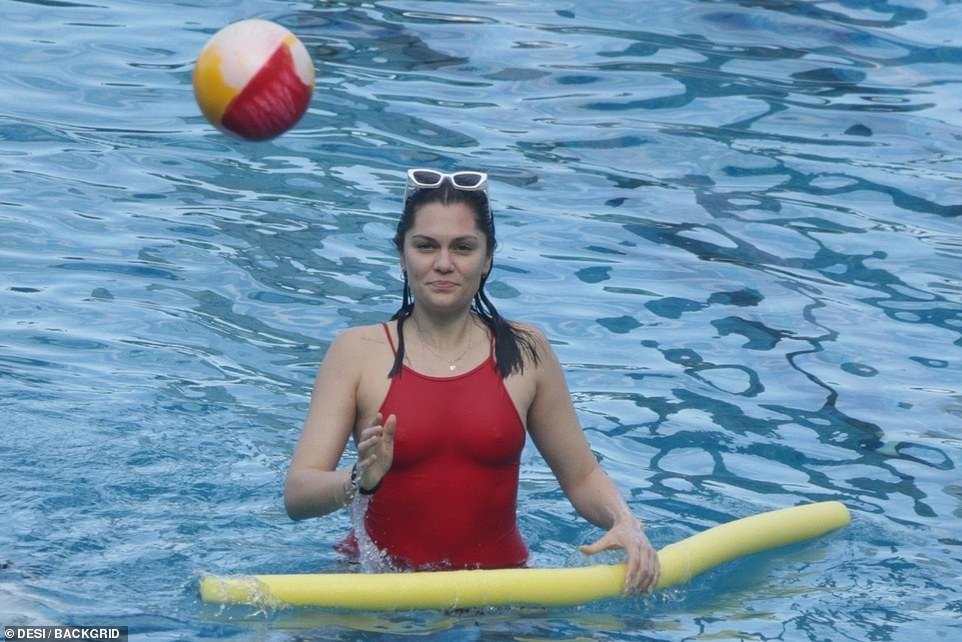 Game time! Jessie was spotted letting her hair down as she played a game in the water with her beau

As the day continued, Jessie was spotted showing off her sporty side while tossing a beach ball around with Chanan.

She let her hair loose out of her tight bun and was seen playfully leaping onto her boyfriend’s back during the short game.

Afterwards, they were seen wrapping their warm towels around themselves and shared a delicious corn on the cob snack. 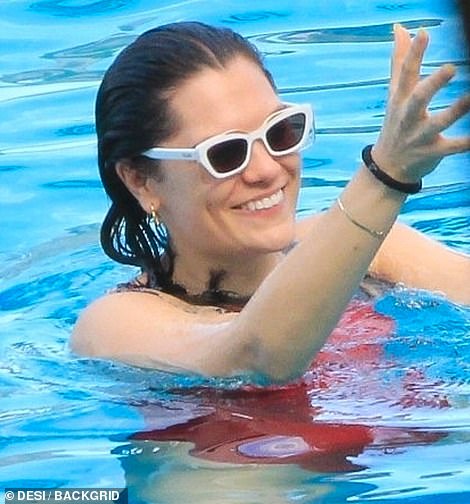 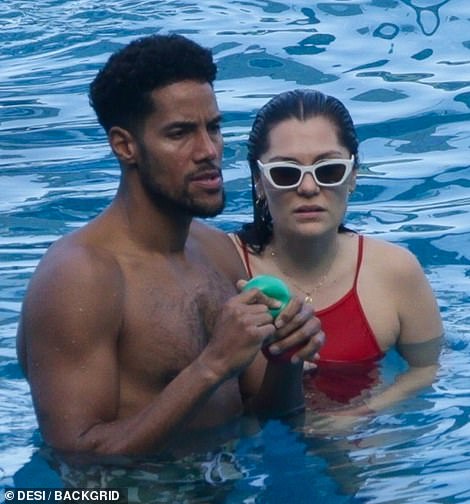 Sporty side: Jessie showed off her sporty side while tossing a ball back and forth in the crystal blue water

The Price Tag singer seems to be focusing on staying strong and looking on the positive side after opening up to her 11.8 million followers on recent Instagram post last month in August about her pregnancy loss.

The star uploaded a throwback photo of herself from when she was in her teenage years, along with a heartfelt caption.

Jessie then discussed her miscarriage and the grief that still overcomes her. ‘Now I’m nearly 35 and some days the grief of losing a baby and it not being easy to have one, and wanting my life in that way to look completely different to what it looks like right now just overwhelms me.’

‘I know it’s healthy and normal to have days of complete sadness and to honour all the feelings that come up, good and bad. The bad isn’t often at all and yes I could go through this moment right now today alone in private and usually do, but today I am here,’ she continued. 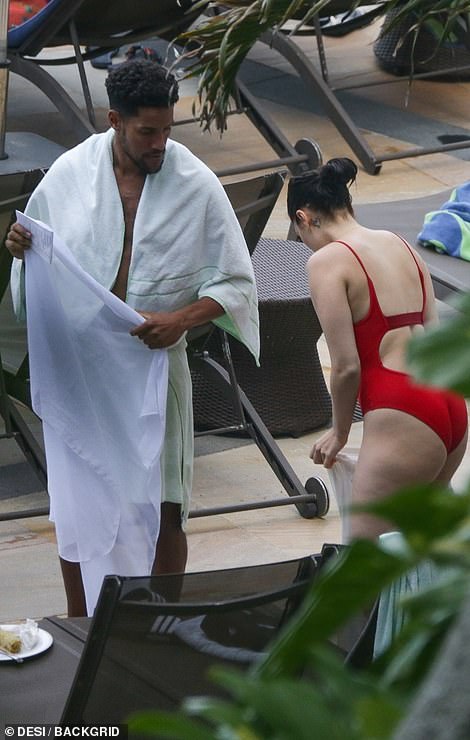 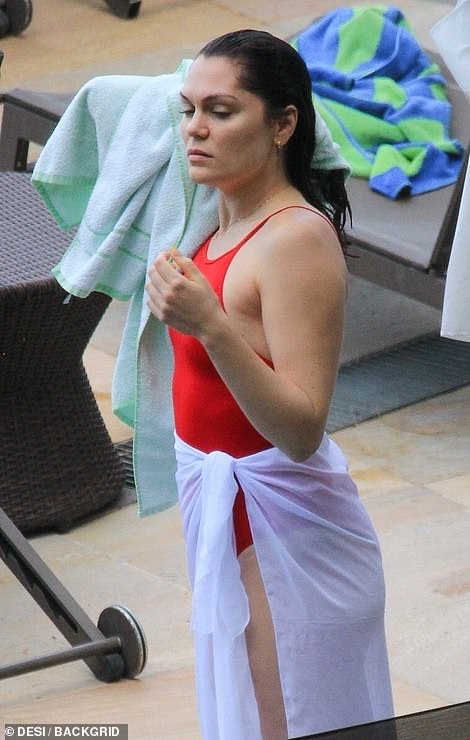 Opening up: The talented performer opened up last month in August about her miscarriage and the loss she still feels to this day

Jessie concluded her message by adding, ‘Because I know thousands of people around the world feel just like I do. Maybe you read this and feel the love I have for you. I hope you can. Connecting is key. Hugging you all.’

Earlier this year in May, the singer talked about her pregnancy loss in greater detail during the Diary Of A CEO podcast.

‘I had two scans in the same day and within the first scan and the second scan the baby had passed,’ she explained, adding that the following day, she was scheduled to perform on stage.

‘The hardest part for me was wasn’t doing the show. The show was actually kind of a weird, trippy dream and I was actually just really grateful that I wasn’t by myself and that loads of people that I loved turned up and came and were at the show.’

She went on to explain that being pregnant ‘was the biggest excitement of my life. Like, I’ve always been super maternal. I love children.’ 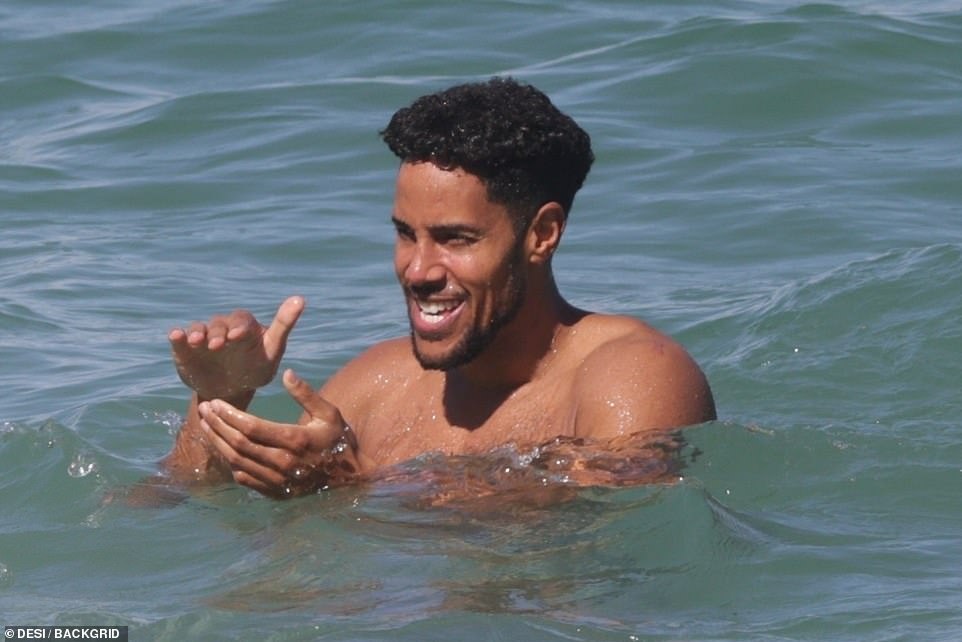 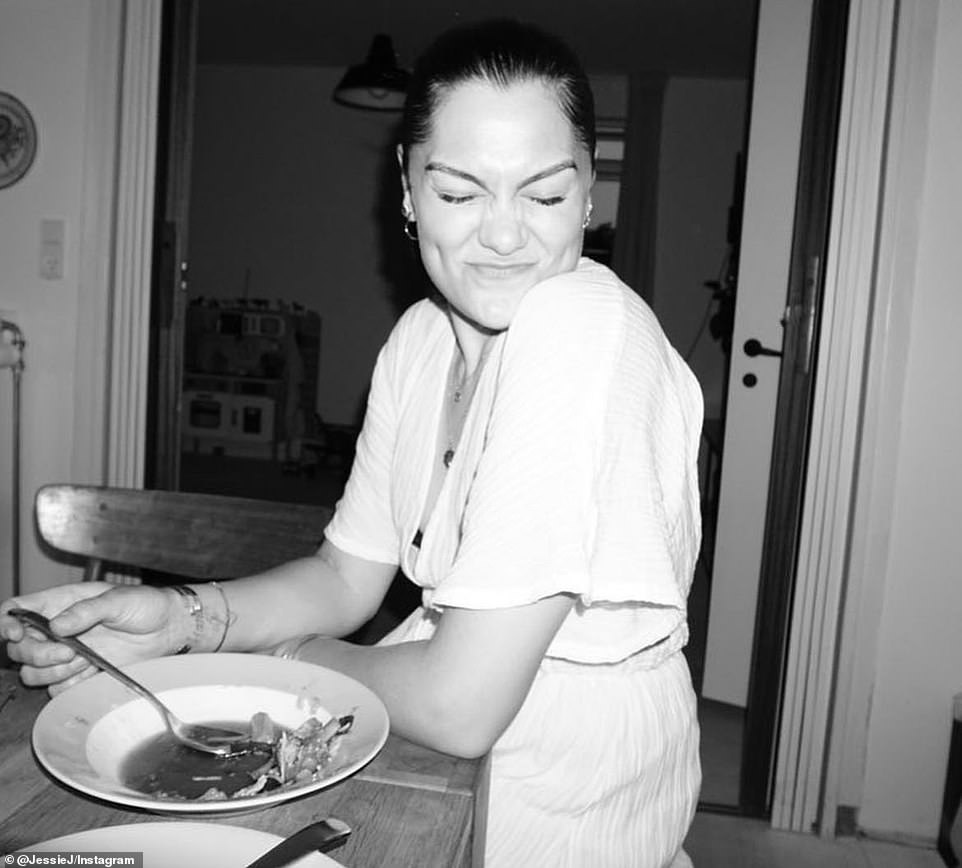 Grateful: During an interview on the Diary Of A CEO podcast in May, Jessie stated that she was thankful to have the experience of being pregnant 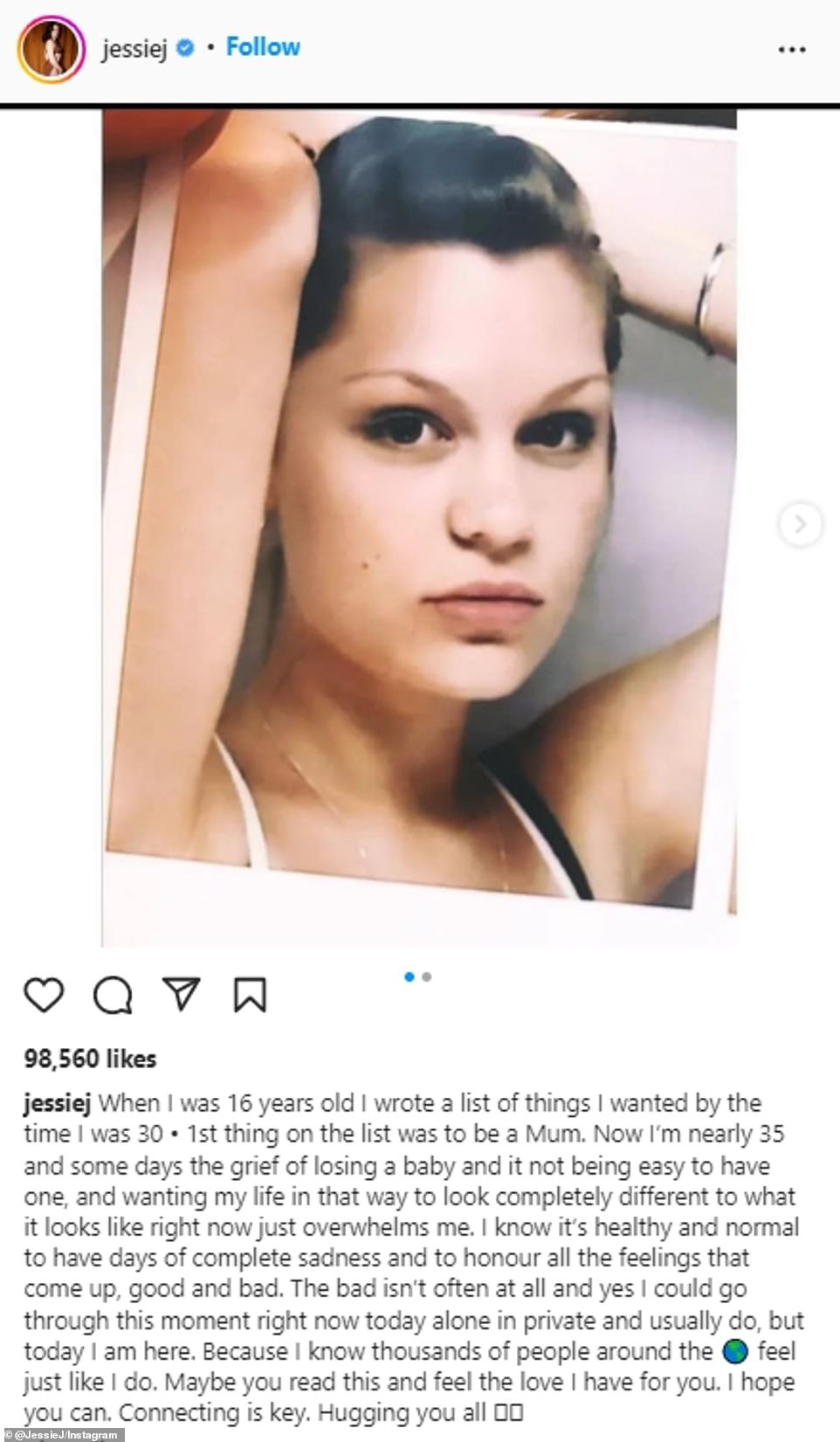 Opening up: Jessie recently talked about her pregnancy loss in August, explaining that the pain of loss still ‘overwhelms me’

‘It’s honestly brought me to some of the happiest moments that I’ve felt…it’s opened the door for me to love myself deeper. I’m still processing the whole thing and I still have moments of intense sadness and grief, but I also have moments of excitement that I won’t do it alone.’

Jessie is currently in Brazil before she jumps on stage for the Rock In Rio 2022 festival. The music event spans the course of two weekends with a number of top musicians and artists that attend. 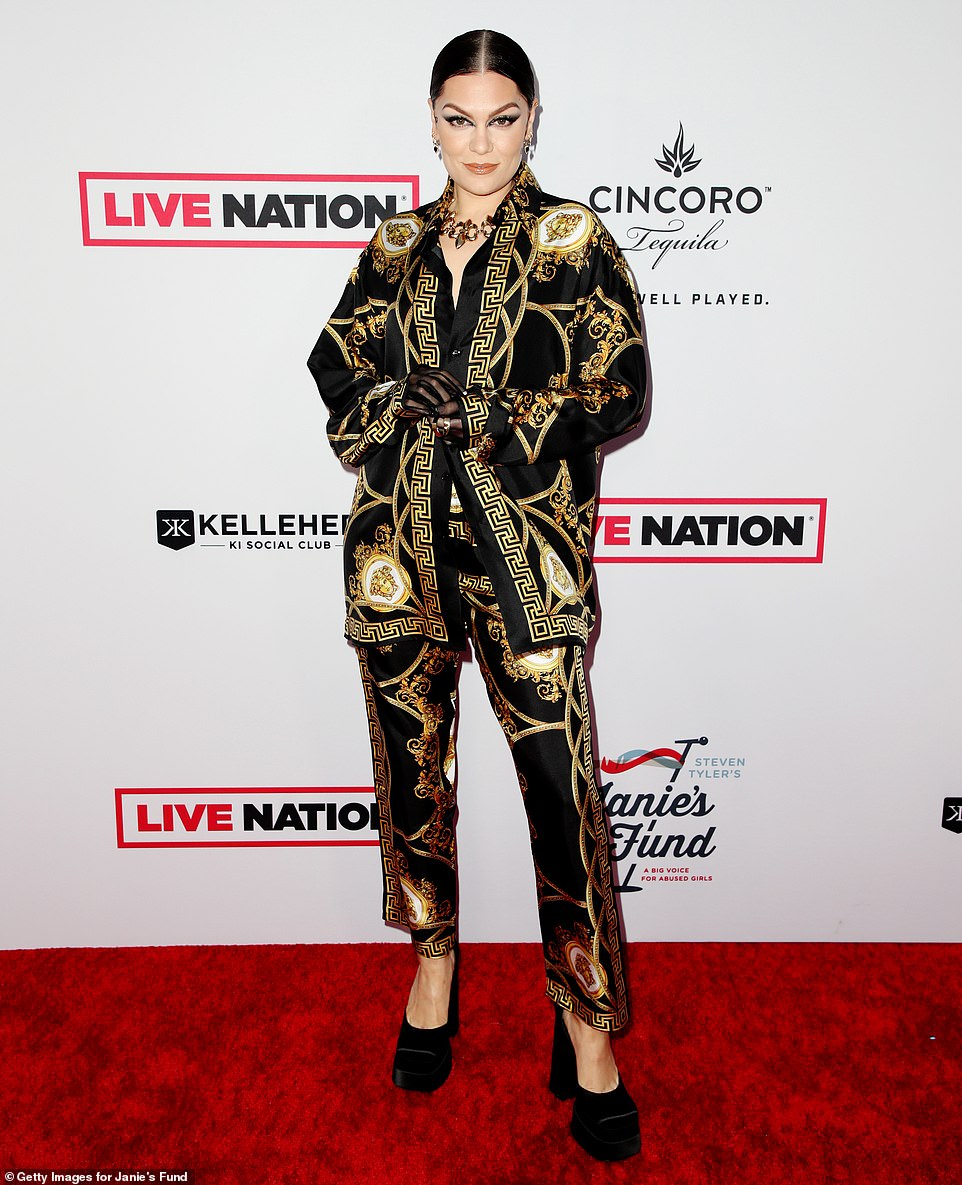 Concert: Jessie is set to perform at the 2022 Rock In Rio music festival taking place in Brazil; seen in April in Los Angeles