The actress was a vision in a dazzling silver gown and elevated her height with a pair of coordinating heels while wrapping up in a furry white stole.

Linking arms with her husband Percy Gibson, 57, the Dynasty icon certainly lived up to her glamorous status as she departed the swanky venue.

Despite being the centre of attention during the star-studded night, she was only pictured in the swanky hotspot’s reception area through its revolving doors.

The acting legend married handsome producer and her fifth husband Percy on February 17 2002.

On Thursday Joan – who is 32 years older than Percy – told fans how happy they were after two decades of living together. 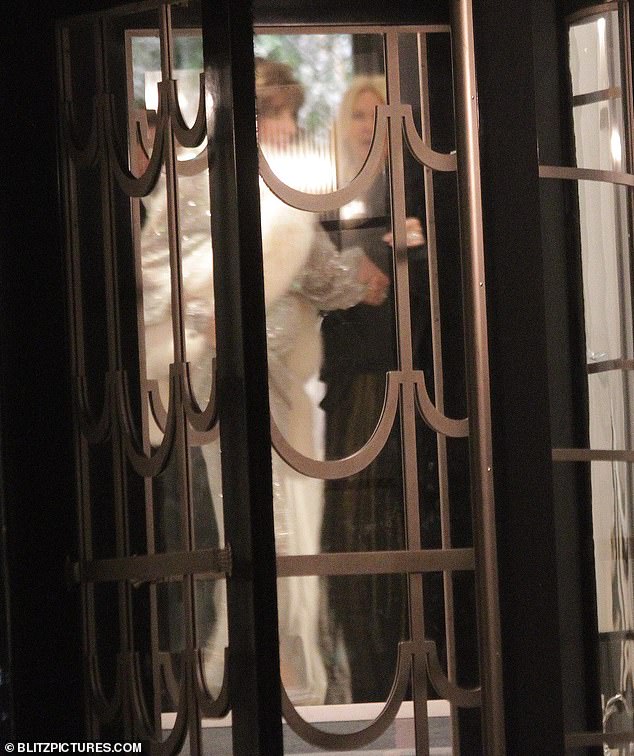 Looking good: The actress was a vision in a dazzling silver gown while wrapping up in a furry white stole

Sweet: The screen icon was pictured leaving the hotel with her beloved husband Percy after the celebrations 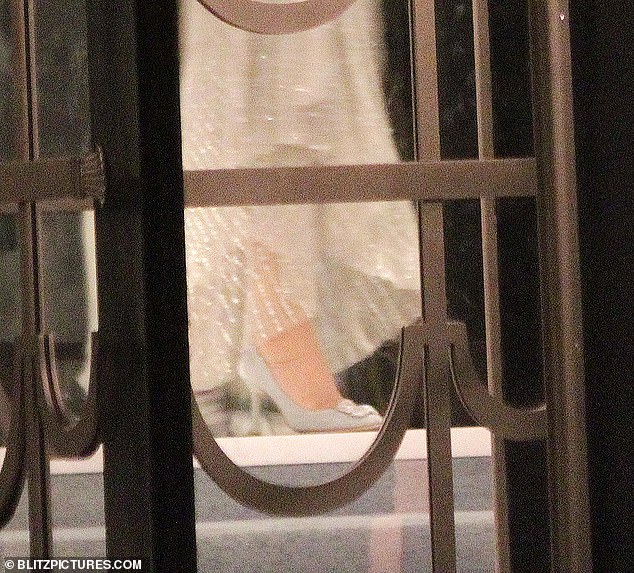 Chic: She elevated her height with a pair of grey heels

Posting up a throwback from their big day, Joan wrote: ’20 years ago today #ahubby and I tied the knot and have been happily married ever since #20thanniversary #togetherness #happymarriage.

She then added with laughing emoji : ‘#separatebathrooms.’

Earlier this week they celebrated with a pre-anniversary party with ex Bond girl Susie Vanner. 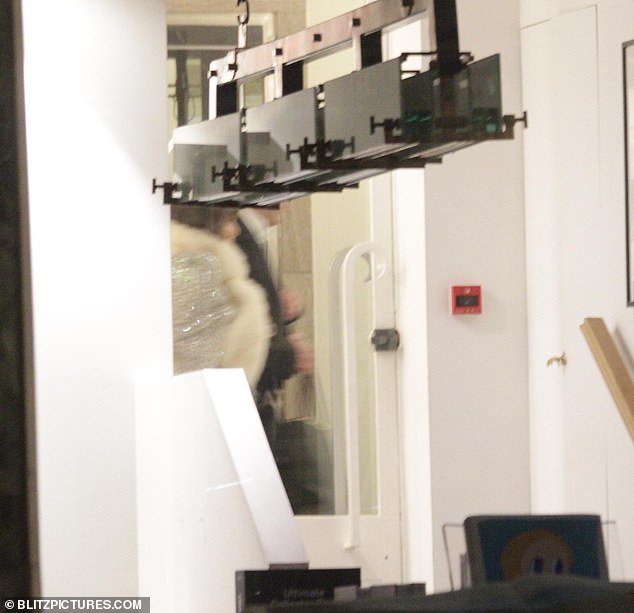 Spotted! Joan swept through the venue like a supermodel in her prime 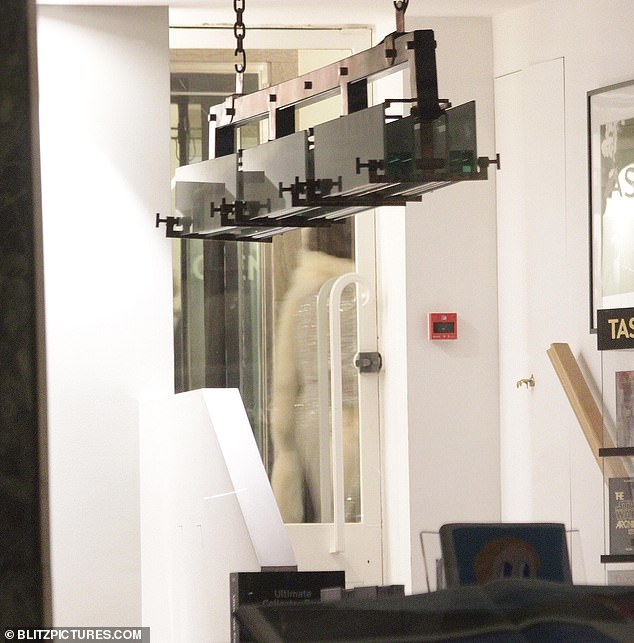 Out of this world: Joan caused onlookers to gawk and point at her sensational outfit

The two met during a theatre production and at the time Joan admitted she ‘wasn’t interested in getting married again’ at first, but changed her mind after they became close friends and insisted her current marriage is ‘for good’.

It comes after the screen legend revealed she felt like she was ‘in jail’ during the UK lockdown.

She spent the early months of the coronavirus pandemic in London but as soon as international travel was permitted, she relocated to France with her husband Percy Gibson because she felt so frustrated. 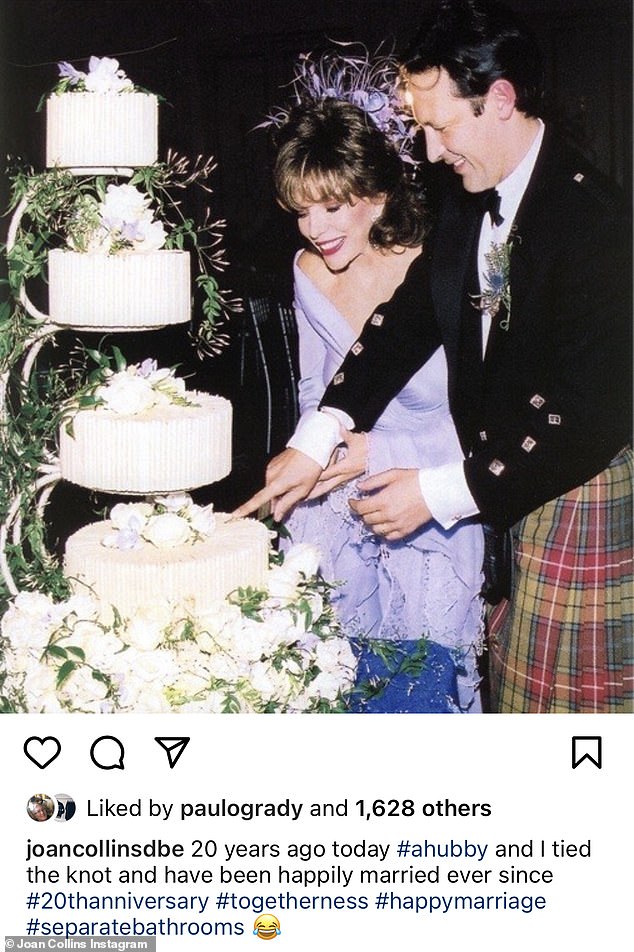 Love: On Thursday Joan – who is 32 years older than Percy – told fans how happy they were after two decades of living together

She said: ‘I was in London for most of the time. But after the three-month period from March 2020, I went to the south of France, as I have a house there.

‘I found London difficult because I felt like I was in jail, not knowing when I was going to get out.’

Joan spent a ‘ridiculous’ amount of time watching TV and admitted she gained weight because there was nothing to do but eat and drink.

She said: ‘Of course I was [in tracksuits] weren’t we all? I gained about half a stone. I was eating as much as possible because aside from drinking bottles of wine and polishing off chocolates – what else was there to do?

‘I also watched endless television – it was ridiculous. I watched nine hours one day.

‘I would watch the morning programmes and read all the papers, so that would take me up to lunchtime.’ 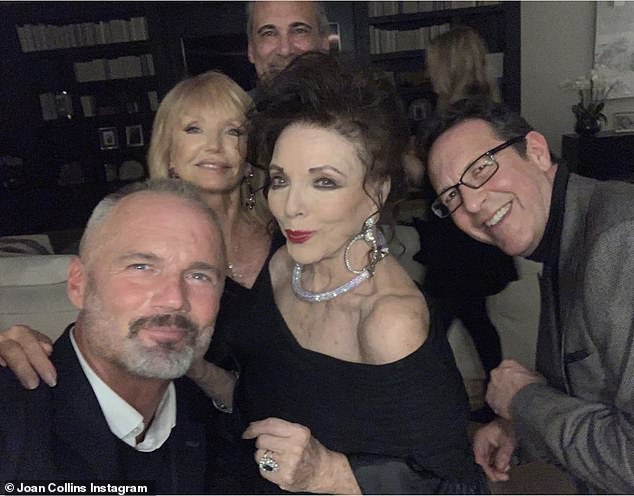