She soared to fame in the British drama spy thriller Killing Eve before landing roles in Hollywood blockbusters.

Yet Jodie Comer has admitted that she hasn’t broken America just yet as most Americans ‘think that she is Scottish’.

The Liverpudlian actress, 29, revealed that, despite bring a household name in the UK, that isn’t the case in the United States. 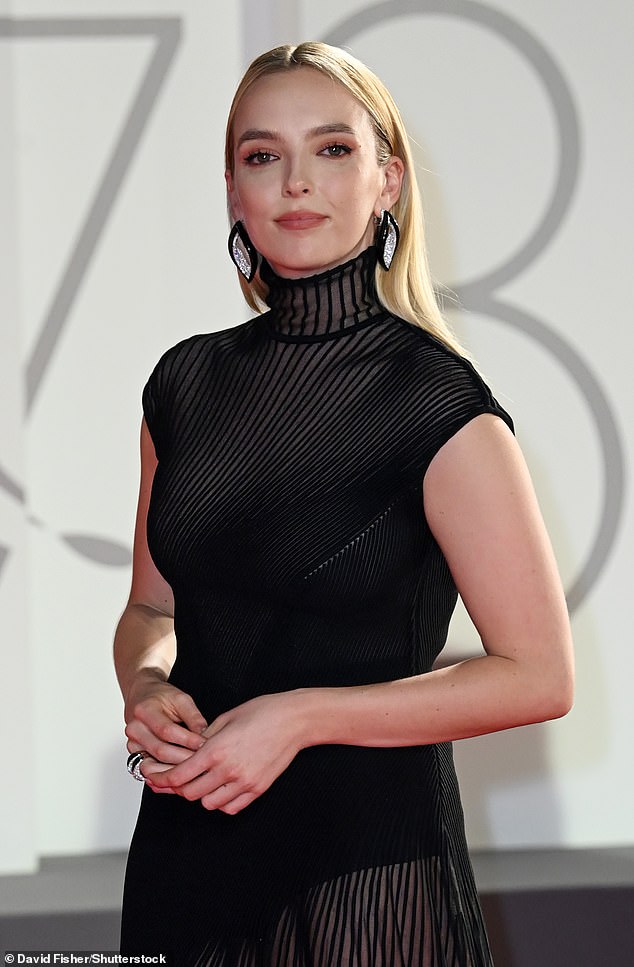 ‘People in America think I’m Scottish!’: Jodie Comer, 29, has said she hasn’t broken America yet despite being a household name in the UK

Killing Eve – written and executively produced by Phoebe Waller-Bridge sent Jodie skyrocketing to fame back in 2018 and earned her an Emmy and BAFTA TV Award.

She later starred opposite Ryan Reynolds in the comedy Free Guy and worked with Ben Affleck and Matt Damon in The Last Duel.

Yet Jodie laughed off the assumption that she is well known overseas as she admitted that her Scouse accent is only associated with The Beatles.

In an interview with The Sun, Jodie confessed: ‘People in America think I’m Scottish, or they just think… The Beatles! It’s very different there.’ 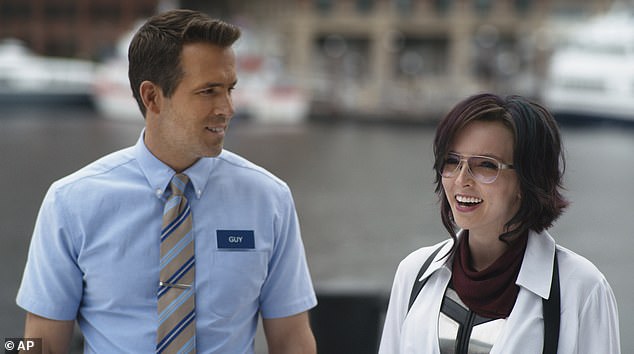 Hollywood: Since finding fame with Killing Eve, Jodie has starred  starred opposite Ryan Reynolds in the comedy Free Guy (pictured) and worked with Ben Affleck in The Last Duel

Having filmed her last season of Killing Eve, Jodie who plays assassin Villanelle, reflected on her incredible experience.

She detailed: ‘I was like a fish out of water when it started. Villanelle had already been created (as a comic novella), but I had to let go of my insecurities and throw myself into it. So the character was moulded as we went along.’

Since starting out on the show, Jodie credited her ‘incredible’ co-stars Sandra Oh, Harriet Walter and Fiona Shaw for helping to ‘shape her.’

She gushed: ‘I’ve worked with such incredible women. To be on a show like Killing Eve, which is the essence of that, has shaped me in a real way. I’ve been lucky that a lot of the women I’ve played have been so fully fleshed out that now it’s set the bar.’ 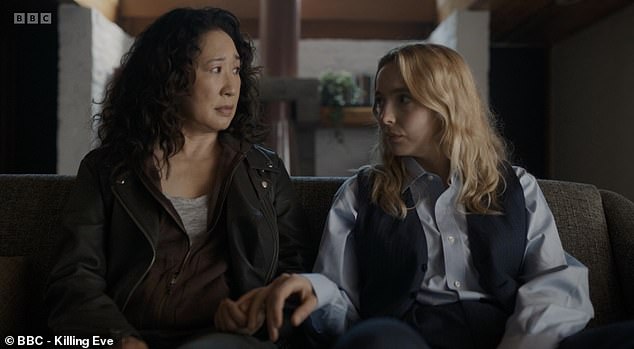 Support: Since starting out on the show, Jodie credited her ‘incredible’ co-stars Sandra Oh (pictured left), Harriet Walter and Fiona Shaw for helping to ‘shape her’

This comes as Jodie has spoken about readying herself to say goodbye to playing Villanelle, after finding fame in the role in Killing Eve.

The actress earned a BAFTA and an Emmy for playing the sassy assassin, but the fourth season of the show will be its last.

In PORTER’s latest feature, Jodie gushed: ‘It’s crazy. It’s really, really crazy, because it’s been so long. And the wonderful thing about that show was the people… a lot of the same crew came back every year.

‘There was a familiarity to that and a comfort. To play a character like Villanelle has been such a gift.’ 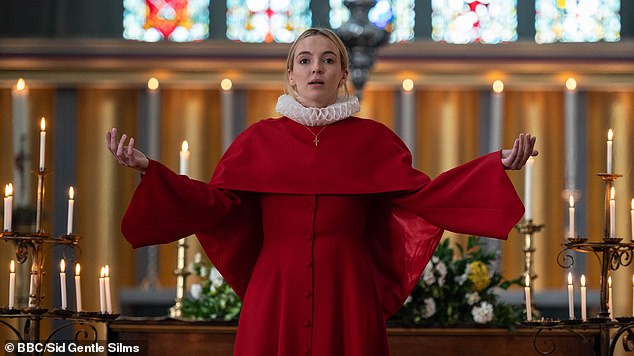 Coming to an end: This comes as Jodie has spoken about readying herself to say goodbye to playing Villanelle, after finding fame in the role in Killing Eve