John Corbett will be stepping into the shoes of Aiden Shaw once more in the second season of HBO Max’s And Just Like That.

The talented star, 61, played the love interest of Sarah Jessica Parker’s lead character, Carrie Bradshaw, in the original Sex And The City series.

According to Deadline, the My Big Fat Greek Wedding actor is set to have a prominent role in season two and will star in multiple episodes. 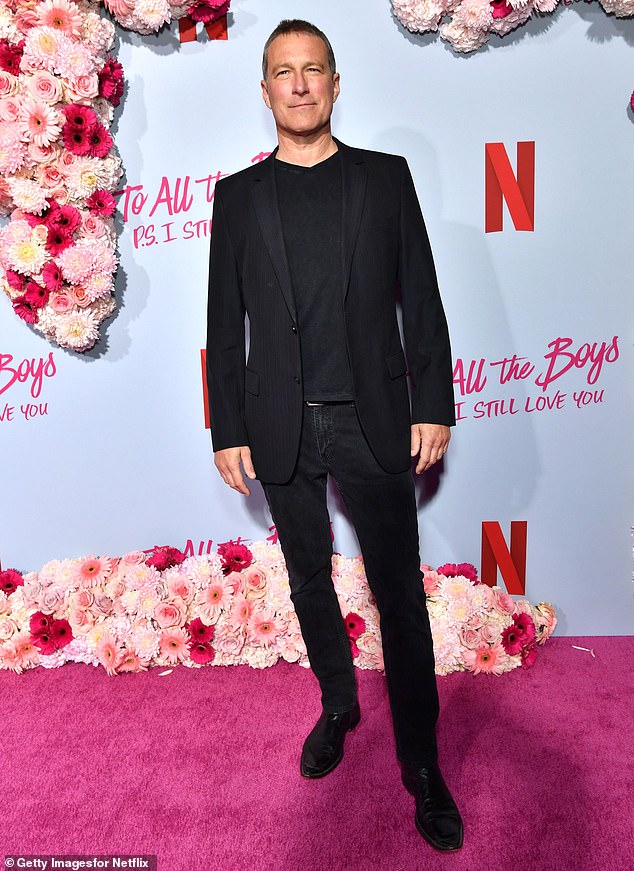 Big return: John Corbett, 61, is set to reprise his role of Aiden Shaw in season two of the Sex And The City revival series, And Just Like That

John portrayed Carrie’s former boyfriend and later on, her fiancé, in season three and season four of the hit HBO series.

Last year, when season one of the Sex And The City sequel was in the works, the actor had teased he would be in the reboot. However, to the fans dismay, he never appeared in any of the episodes.

Sarah weighed in on his comment during an interview on Watch What Happens Live With Andy Cohen.

‘It was fun. It was fun for him to say that,’ the actress explained, adding that she found humor in his joke.

‘When he actually reached out, very kindly, because he’s nothing if not a gentleman, and apologized for doing that as a joke, and then I was like, ‘No, no, no, it’s a free country first of all.’ 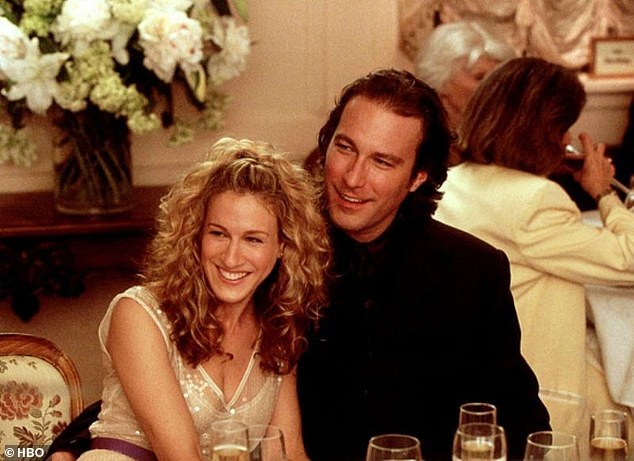 Reprising the role: Although the actor has yet to make a public statement to the announcement, Deadline confirmed his return to the second season of And Just Like That

However, in an interview with Glamour last year, John expressed on a serious note that he would take on the role of Aiden once more if he was given the opportunity.

When talking about previously working on the award-winning series, he stated, ‘I loved every bit of being involved in it.’

He also discussed what he thinks his character would be like years later. ‘I feel like Aidan is one of those guys that five years or 10 years from now, he’s probably going to be doing the same thing.’

John also added, ‘I think he would probably be wearing some of the same clothes, working on furniture, and driving an old truck.’

Details or any inside look about Aiden in season two has yet to be revealed to anticipated fans. 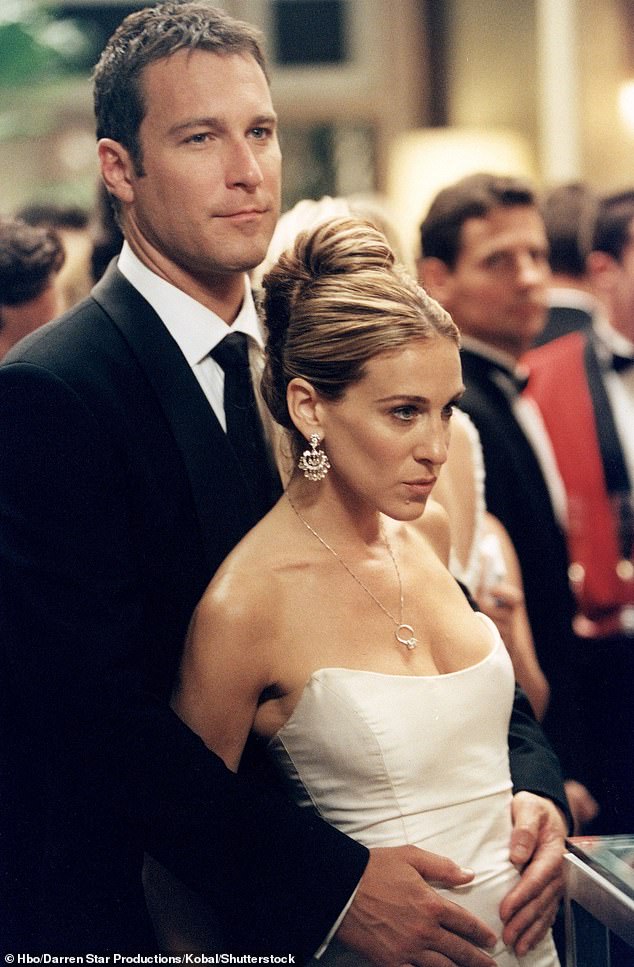 Re-united: The two stars will once again be re-united on the screen for the second season of And Just Like That 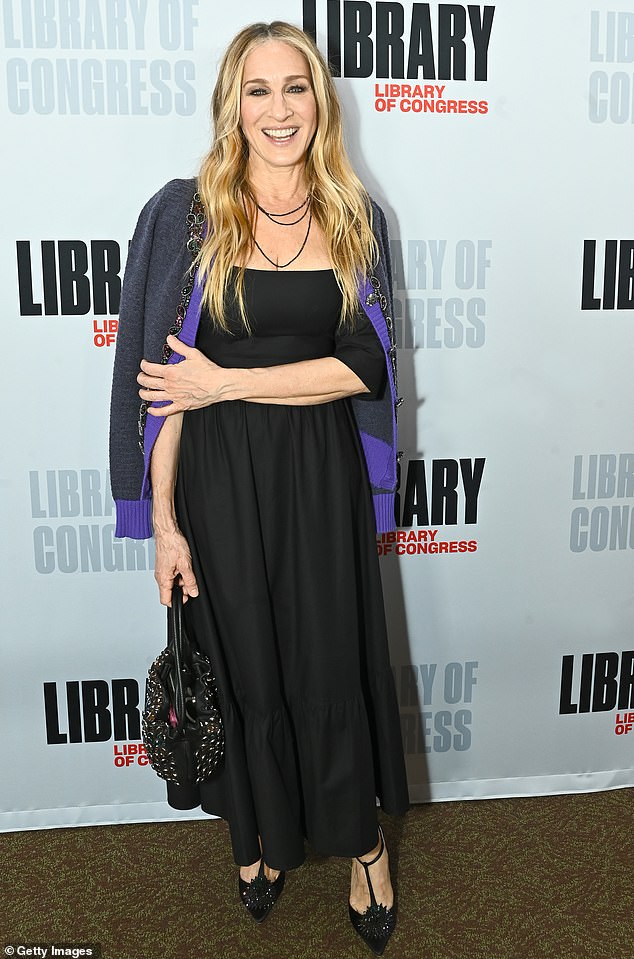 Hard-worker: Sarah not only stars as Carrie in And Just Like That, but is also an executive producer on the series; pictured in April of this year in Washington D.C.

He originally revealed to the publication that he wasn’t asked to join the season one reboot. ‘They have not reached out to me, so I feel that ship has probably sailed. No one from their camp has reached out.’

But it appears his time has come to re-join the show. After the first season aired on HBO Max, Michael Patrick King, an executive producer on the series, opened up to Deadline about the decision to not bring back Aiden right away.

He explained that after Carrie’s on-screen husband, Mr. Big, passed away at the beginning of the reboot, the character needed time to process and fully mourn.

‘It really just felt like this was a lot for Carrie,’ he stated. ‘ We wanted to get her through Big’s death and into the light, the last episode is called, Seeing the Light.’

‘We wanted to get her out. Aidan’s return is a big storyline that everybody at home wrote that we had never intended.’ 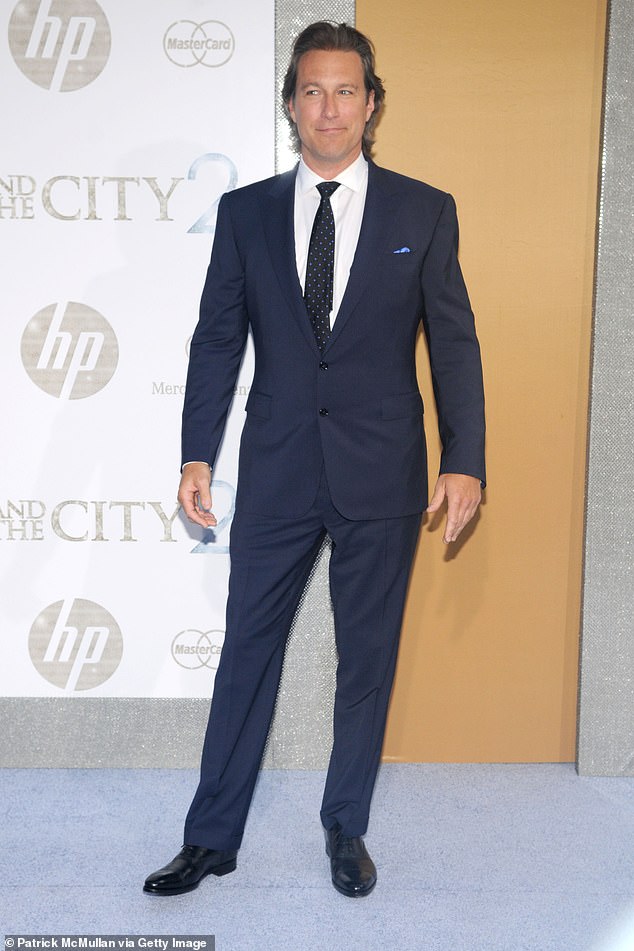 Busy: Aside from starring in season two of the Sex And The City reboot series, John recently wrapped filming the third installment of My Big Fat Greek Wedding; pictured in 2010 in NYC 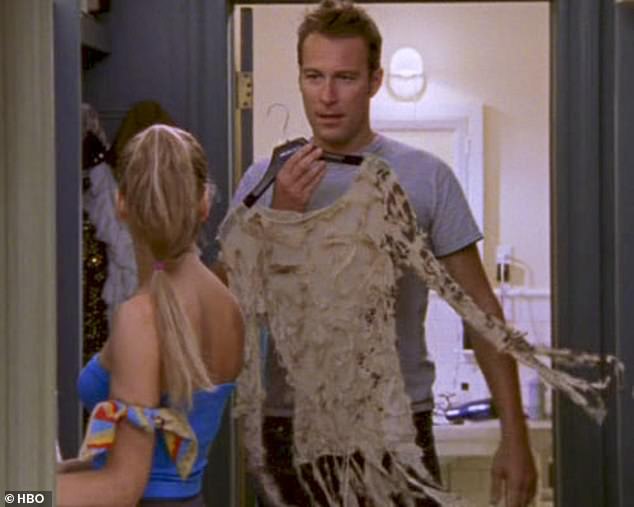 The last time Carrie and Aiden were seen together was in the Sex And The City 2 feature film.

Aiden was married to his wife Kathy, and he revealed the couple had three children together. Updates on his marriage life and children will be touched on in the second season.

Besides leaping back into the Sex And The City universe, John recently finished filming the third movie in the My Big Fat Greek Wedding franchise.

Sarah is also reprising one of her other iconic roles, Sarah Sanderson, in the Disney+ sequel, Hocus Pocus 2. 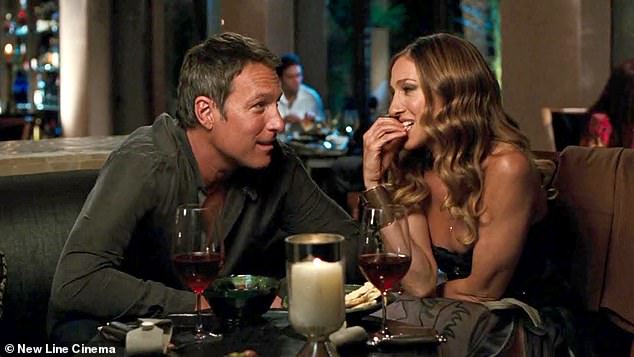 Last time together: The characters of Aiden and Carrie were last paired together on screen for the Sex And The City 2 movie 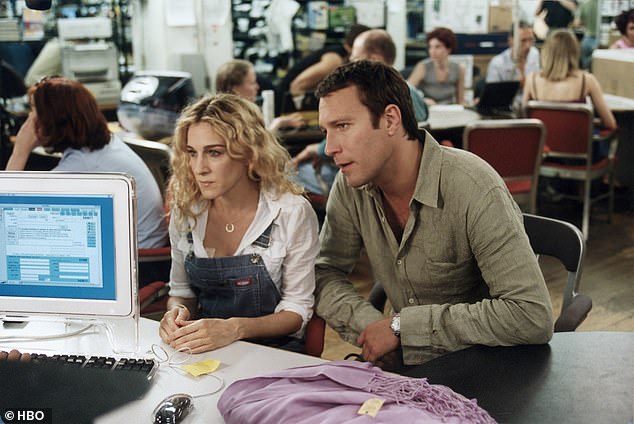 Successful series: Although Aiden was Carrie’s love interest for two seasons, she wound up with the other lead character, Mr. Big, at the end of the series