Julianne Hough was spotted snacking on the go as she walked through the busy streets of New York City earlier Tuesday.

She ate a few bites of an apple and energized herself by sipping on a tasty coffee for a matinee performance of the Broadway show, POTUS.

To beat the heat, the Dancing With The Stars alumna, 34, donned a revealing cropped top which showcased her toned abs. 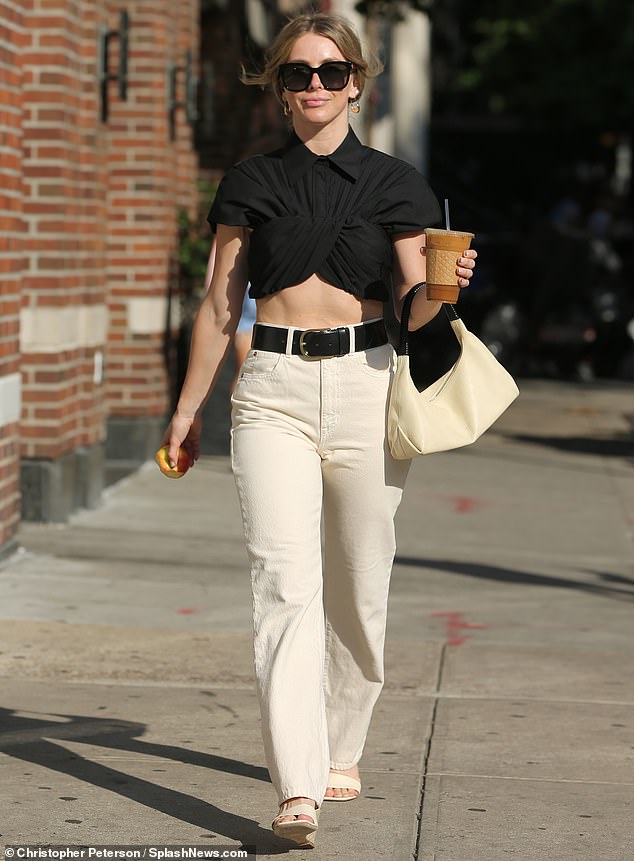 Glamorous: Julianne Hough, 34, was spotted strolling through New York City while snacking on an apple on her way to a performance of her Broadway show, POTUS

The gorgeous star donned a cropped black collared shirt, which showed off her taut midriff, as she made her way through the city.

She paired the top with cream-colored jeans which she secured with a thick, black belt at the waist.

Julianne slipped into a pair of open-toed heeled sandals to finish off her ensemble for the day. 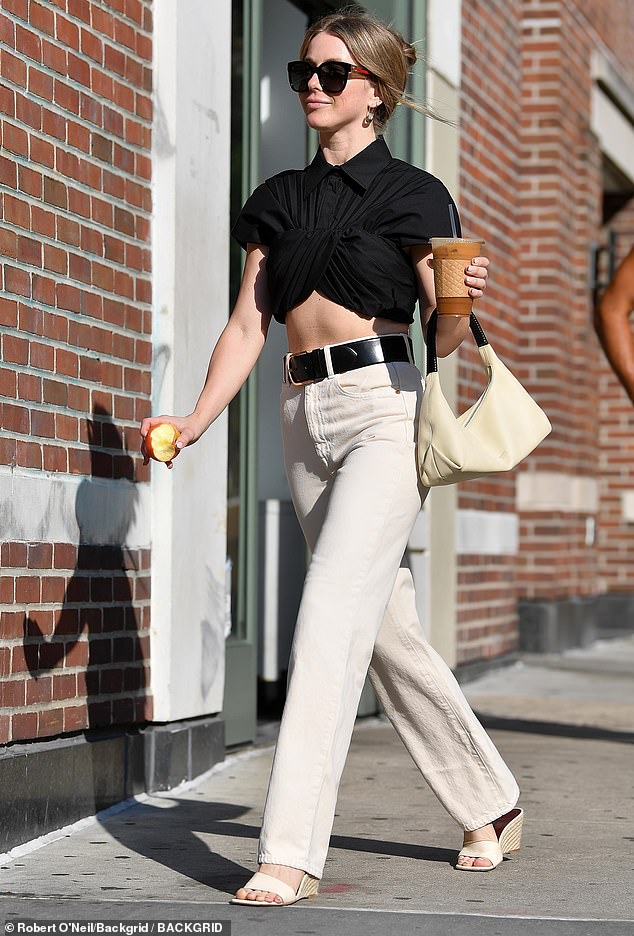 Cheerful: The pro dancer looked to be in high spirits with a smile on her face as she sipped an iced coffee

Her blonde hair was pulled up into a loose bun and clipped together with a large clip.

She carried a stylish tan handbag with a black handle in the crook of her elbow, since her hands were full of other treats.

The Footloose star threw on a pair of large black sunglasses to shield her eyes from the bright sun.

Julianne opted for a healthy snack and was seen nibbling on an apple, and to stay hydrated throughout her walk, she sipped on a delicious iced coffee. 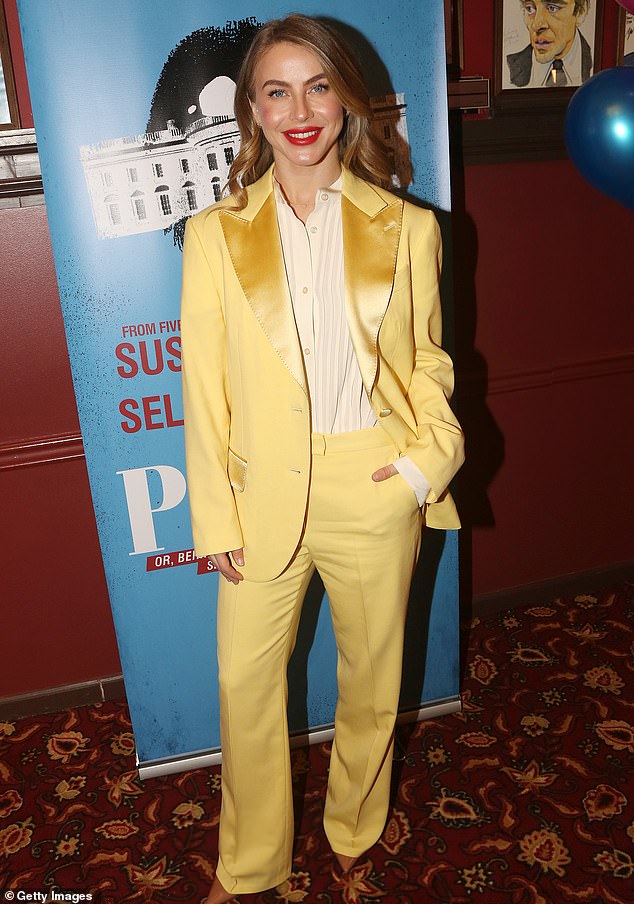 New milestone: The talented performer made her Broadway debut in POTUS, which is in its last two weeks of performances; pictured at the photo press call for POTUS in March 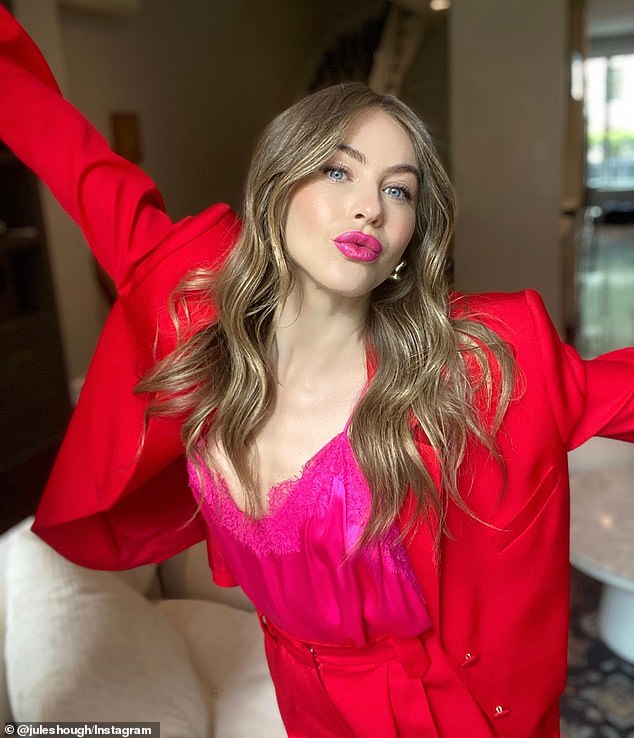 Happy: Julianne made a big move to live in New York City for the first time and will stay in the big apple for the foreseeable future

The professional dancer achieved one of biggest goals this year, and recently made her Broadway debut in the show called, POTUS.

The comedy premiered earlier this year in April, and is in its final two weeks, coming to an end on August 14.

Although the show isn’t exactly a musical, Julianne revealed that her character Dusty does ‘rap, dance, and sing,’ during an interview on Live With Kelly And Ryan. 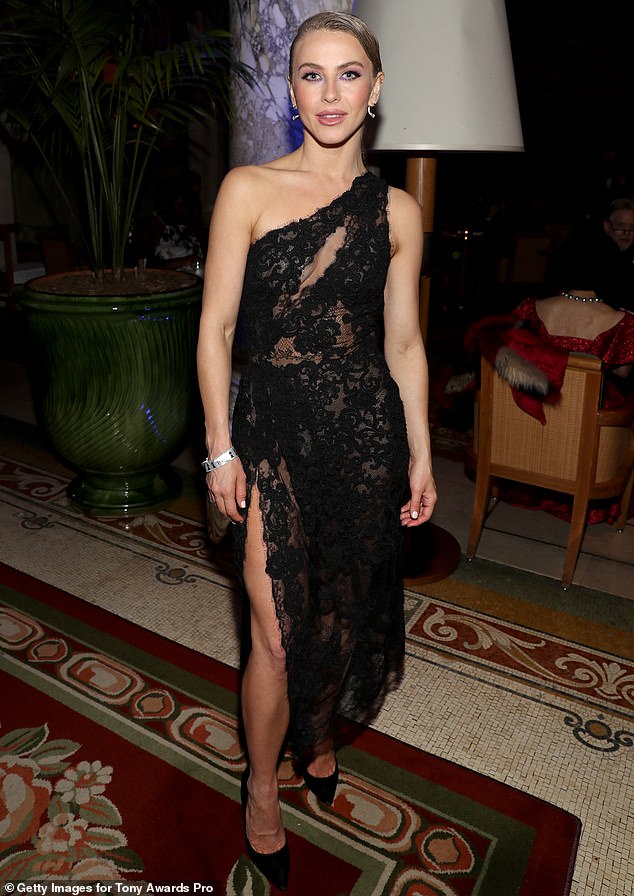 Stylish: Julianne often stuns with her fashion choices, such as her streetwear and also for glamorous events; seen in June in NYC 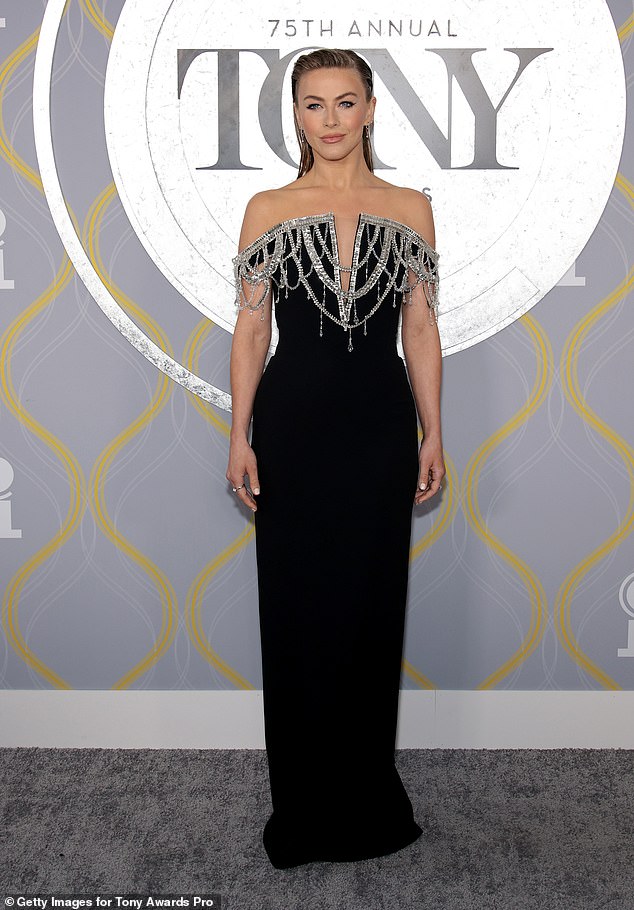 Talented: The actress not only attended the 2022 Tony Awards, but also helped host the star-studded show; pictured in June in NYC

Julianne recently made a monumental move in her life by picking everything up and settling in New York City.

During an interview with Bustle, the Safe Haven actress opened up about the transition and what it meant to her.

‘I mean, it’s the kindest, most welcoming city that I feel like I’ve ever lived in,’ the talented beauty added. 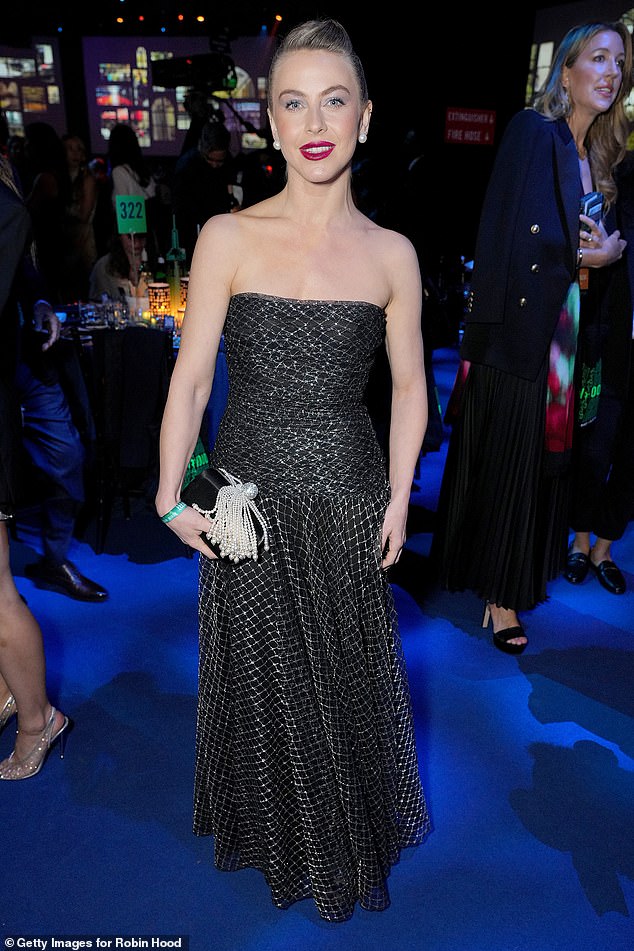 Multi-talented: Julianne has more than just one passion, and has jumped in the spotlight for not just her dancing, but also acting and singing; pictured in NYC 2022