She’s a trained dancer and keeps an active lifestyle, so Julianne Hough knows the importance of staying hydrated.

Either that, or the Dancing With the Stars personality was battling a massive hangover with the three drink cure technique while strolling about New York City on Friday.

The 33-year-old looked effortlessly stylish as she was spotted holding two iced coffees and a heavy-duty gallon water bottle as she gave a cheeky knowing smile to a photographer. 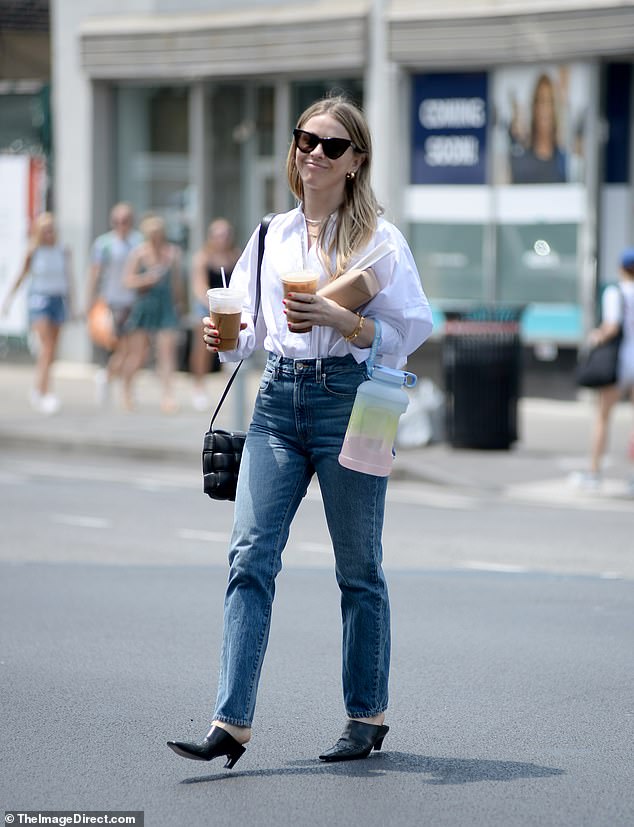 She was also clasping what appeared to be a box of takeout food while heading out in the City.

Julianne showed off her cool and casual dress sense wearing a crisp white shirt and jeans, along with a designer purse and shades.

She’s in the Big Apple to make her Broadway debut, working on the play POTUS: Or, Behind Every Great Dumbass Are Seven Women Trying to Keep Him Alive, which will be coming to a close mid August.

The star has been busy with working on the play and being a host at the 75th Tony Awards. 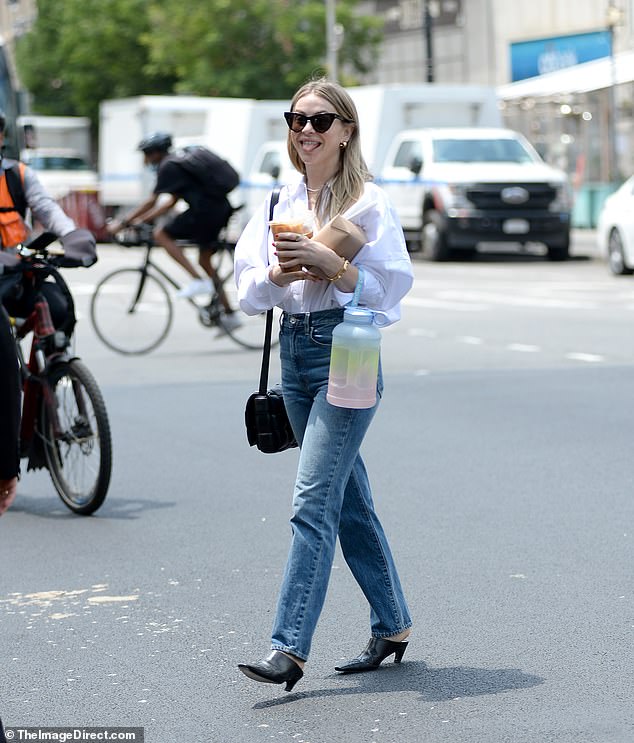 News that the couple were legally no longer married came after a judgement was reached in their case, according to a report from TMZ.

Julianne began dating the Washington Capitols hockey player back in 2014. The two became engaged in 2015 and tied the knot in 2017. 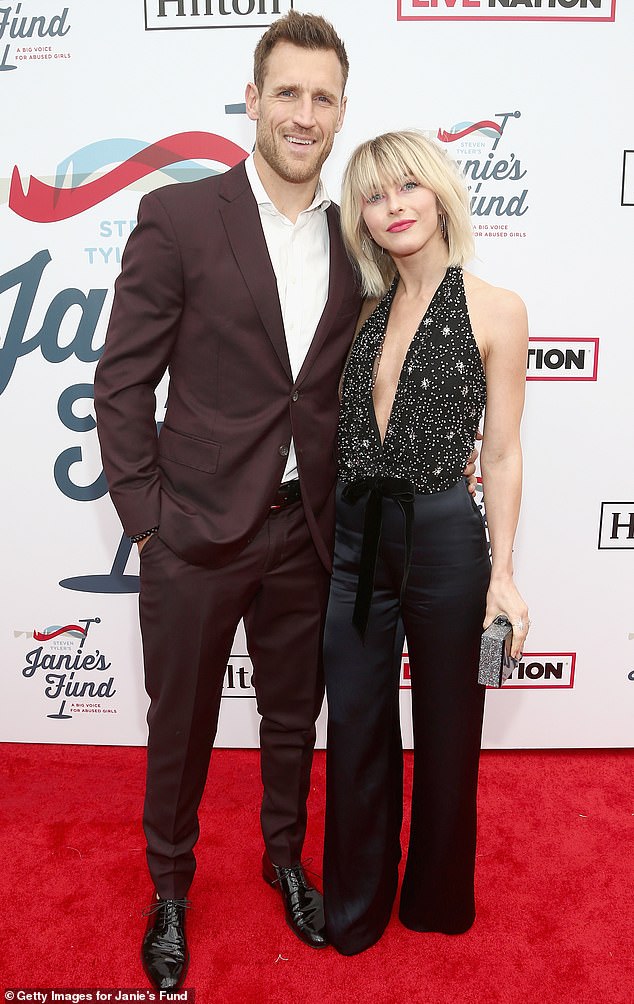 New beginnings: Julianne’s divorce from NHL player, Brooks Laich, was finalized earlier in June after a judgement was reached

After three years of marriage and a brief reconciliation, the couple separated in 2020, and the actress filed for divorce later that year.

During the time when their divorce was filed, a source told People, ‘They were trying to work on things but Julianne realized she’s happier having her freedom. Brooks tried to give it to her but he also hit his limit.’

However, the two exes left the relationship on rather good and amicable terms.

According to People, the two issued a joint statement which stated, ‘We share an abundance of love and respect for one another and will continue to lead with our hearts from that place.’