The 33-year-old showed off her toned dancers legs in a beige and white striped wrap knee length dress with long sleeves and a deep V-neckline.

The Rock of Ages star made her gams look even longer with the help of some neutral toned flats and styled her hair in a simple chignon.  She accented the outfit with simple jewelry, wide sunglasses and a neutral toned purse. 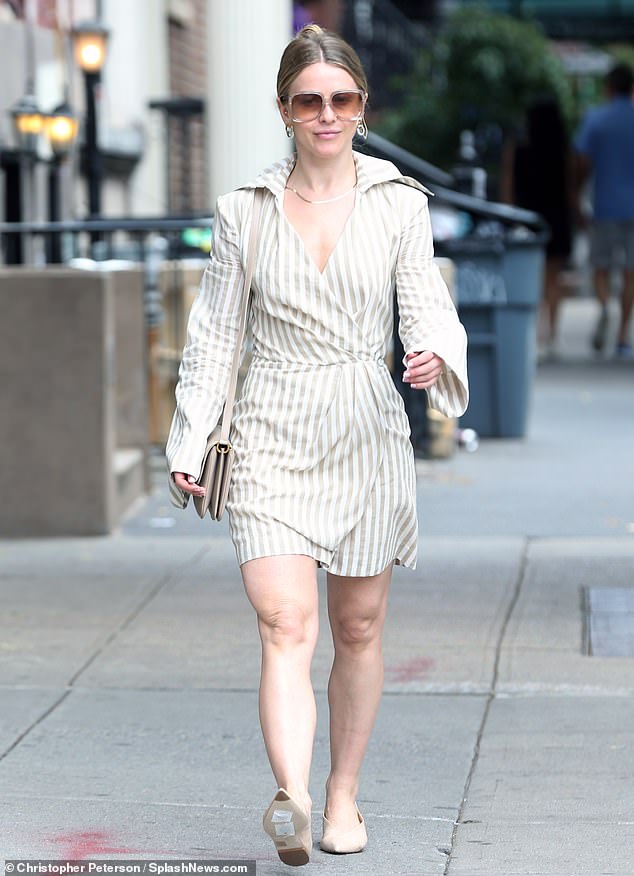 Fresh: Julianne Hough, 41, looked fresh as she strolled through New York on Sunday in a white and beige wrap dress with a deep V-neck and long sleeves

The summer ensemble seemed appeared quite professional, but a side view gave the impression the Dancing with the Stars winner had decided to go braless.

The Grease Live! actress is currently starring in POTUS: Or, Behind Every Great Dumbass Are Seven Women Trying to Keep Him Alive at the Shubert Theatre.

The show is her first Broadway role and she is sharing the stage with Tony winner Julie White, Tony nominees Lilli Cooper and Vanessa Williams, Lea Delaira, Rachel Dratch, and Suzy Nakamura. 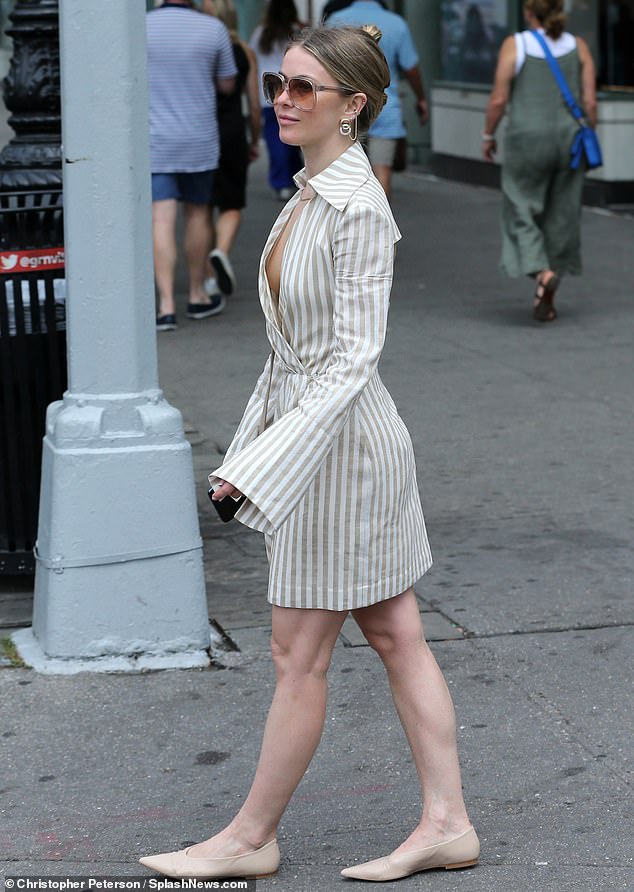 Braless: The summer ensemble seemed appeared quite professional, but a side view gave the impression the Dancing with the Stars winner had decided to go braless

The plot is centered on a PR nightmare at the White House where seven female support staff risk everything to keep the commander-in-chief out of trouble.

In an interview with Woman’s Day the multitalented star refers to her co-stars as ‘so incredible,’ and maintained that ‘being a part of the community is the best part about being on Broadway.’

‘It really is a sense of community where you’re not going to do just this project and never see these people again.’ 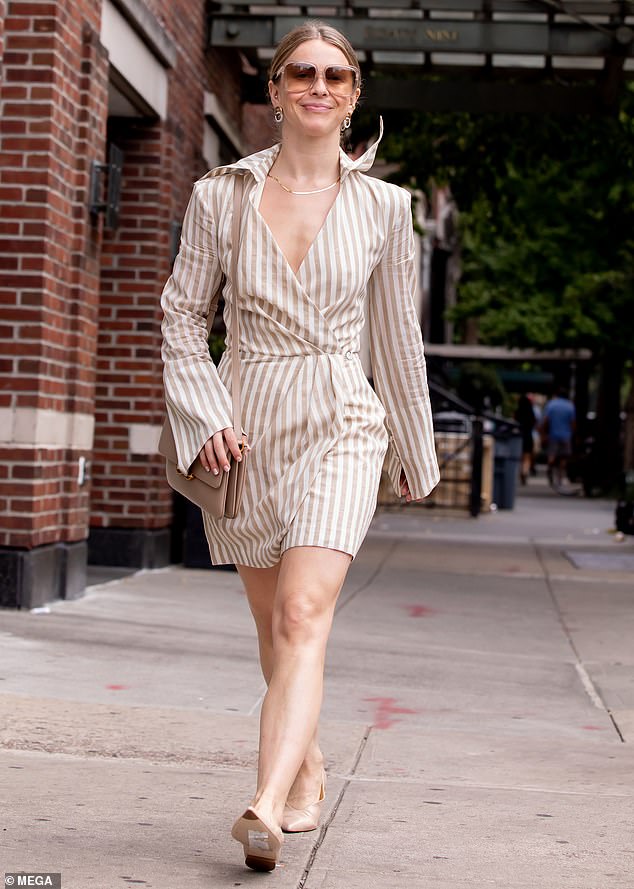 Tags: A closer look showed the Rock of Ages star had forgotten to take the tags off the bottom of her shoes

The project has been female driven from the start, both on stage and behind-the-scenes.

‘The entire cast is female, mainly our producers and creative team are too, so I’ve never experienced a project with this many leaders that are female and it’s been such a joy.’

The play runs through August 17. 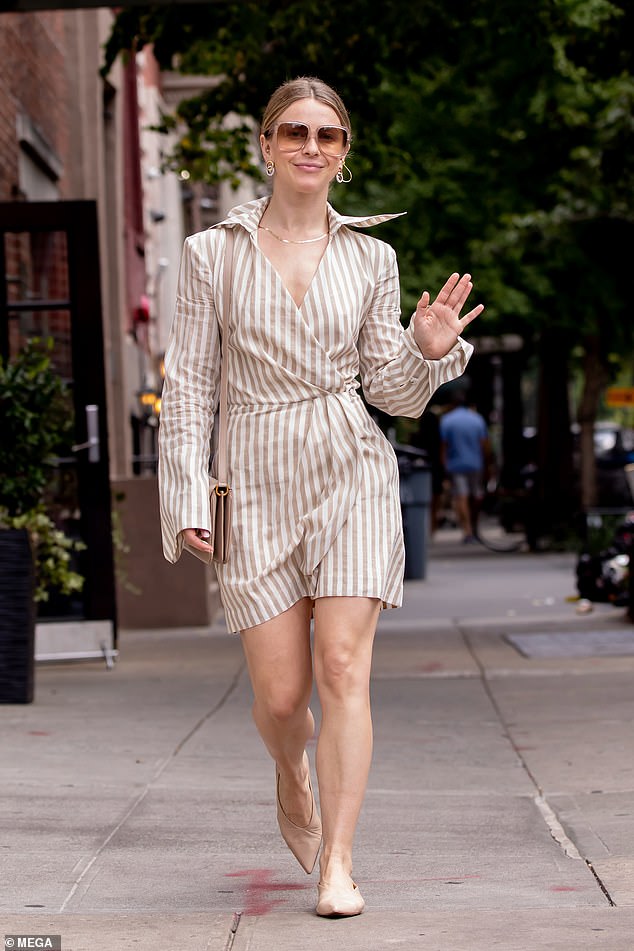 Broadway:  The multitalented actress is currently appearing in her first Broadway play, POTUS: Or, Behind Every Great Dumbass Are Seven Women Trying to Keep Him Alive at the Shubert Theatre