Julianne Moore donned a stylishly casual look as she attended the Outfest LGBTQ Film Festival earlier on Sunday for a special screening of Far From Heaven.

The actress, 61, had a leading role in the 2002 drama, and was in attendance to honor the 20th anniversary of the film’s release.

The star was not alone, and had Christine Vachon, a producer of the film, and Todd Hayne, the director, by her side at the special screening in sunny Los Angeles. 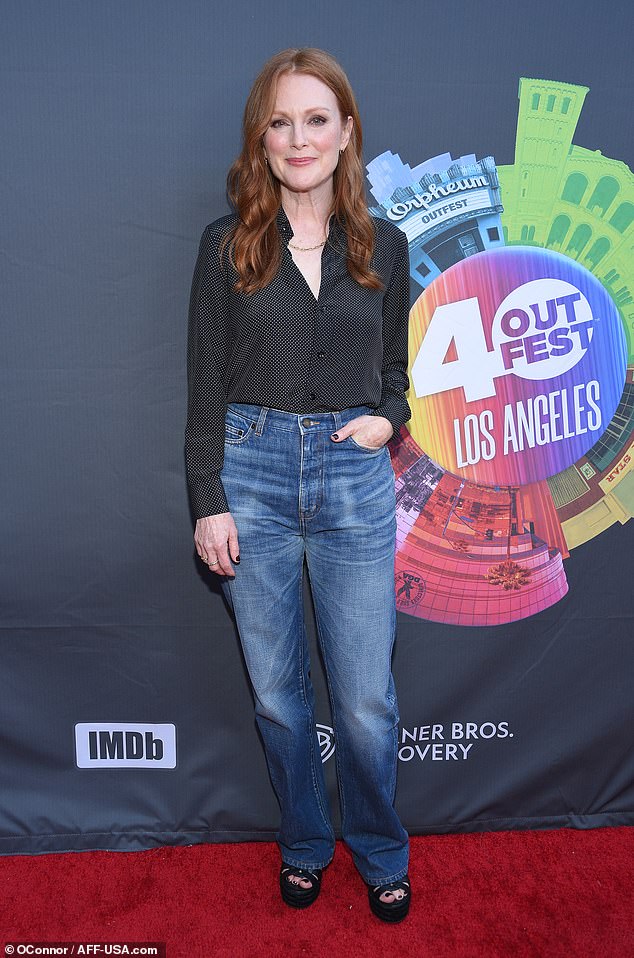 Beautiful: Julianne Moore, 61, kept her red carpet look casual and stylish at the screening of Far From Heaven at the Outfest LGBTQ Film Festival in Los Angeles on Sunday

The award-winning actress kept her red carpet ensemble casual, yet fashionable for the event.

She opted to wear a pair of comfortable, high-waisted jeans. The star added a black blouse patterned with small, white polka dots.

Julianne tucked the shirt into her jeans, and left a few buttons near the collar of the blouse loose. 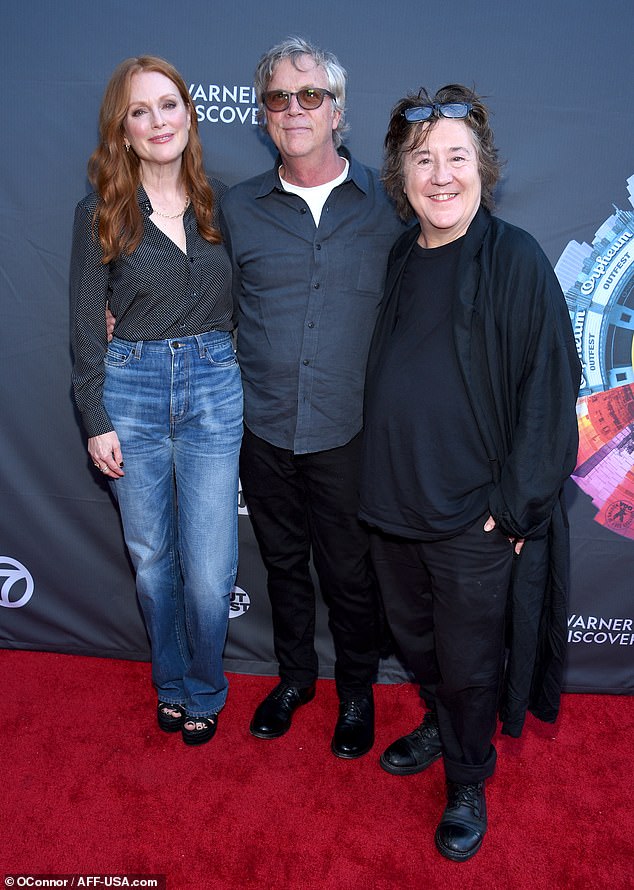 Great reunion: The actress was pictured with Todd Haynes, director of the film, and Christine Vachon, a producer

The Hannibal actress slipped into a pair of black, open-toed platform sandals to keep up with the color scheme of her outfit.

She styled her hair in elegant waves that fell down past her shoulders, and opted to have her makeup classic and elegant.

Julianne added light pink plush to her cheeks, and wore lipstick of a similar color. A touch of eye shadow helped make her green eyes stand out. 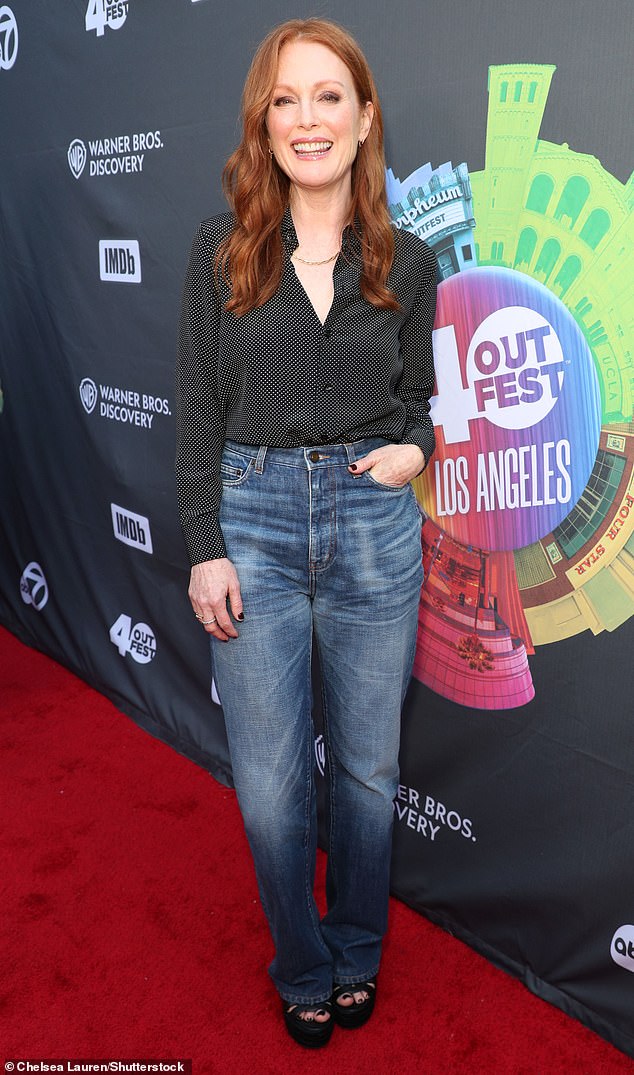 Big smile: The beauty appeared to be very happy and excited to celebrate the 20th anniversary of Far From Heaven 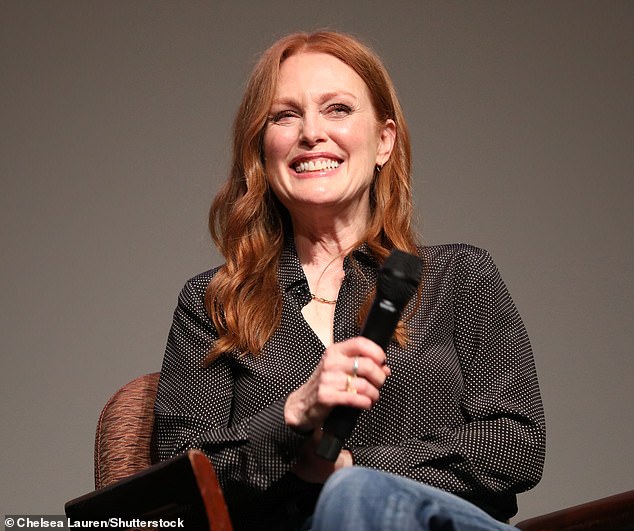 Special moment: The anniversary screening of the movie took place at the DGA Theater in Los Angeles on Sunday as part of the Outfest Film Festival

As part of the anniversary screening, Julianne had a chance to have a small panel session along with Todd and Christine.

Outfest Los Angeles is a LGBTQ nonprofit that produces film festivals, has a film streaming platform, and also assists in educating aspirin filmmakers in the industry. 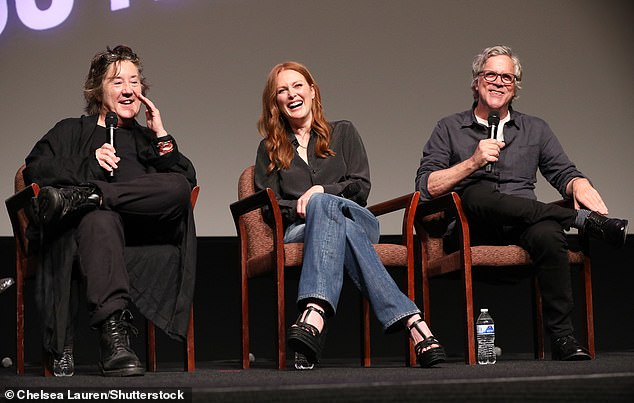 Having a blast: The leading actress, producer, and director of Far From Heaven held smiles on their faces during a small panel session on Sunday 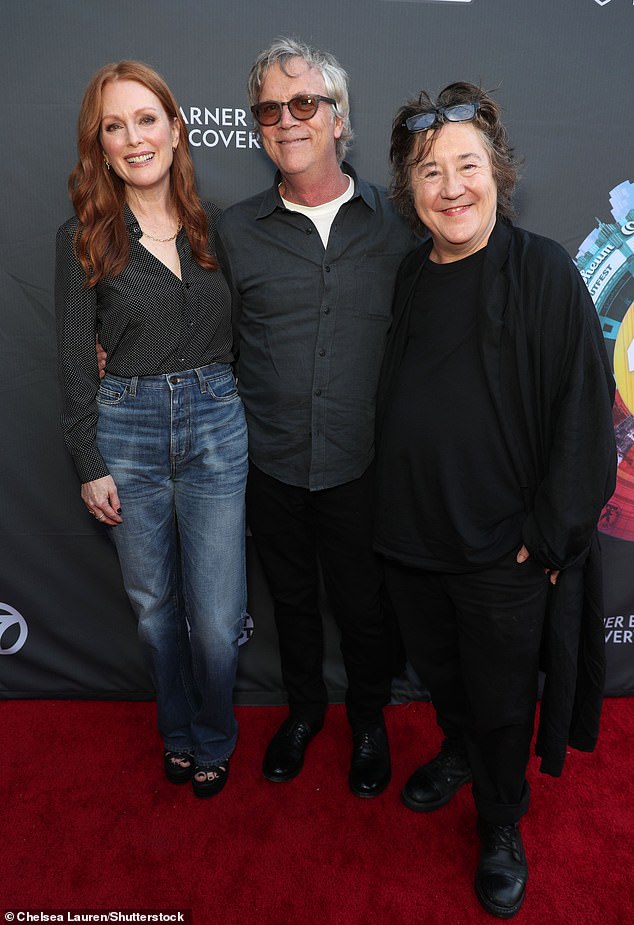 Anniversary: Far From Heaven is a period piece that first premiered at the Venice Film Festival in 2002

Far From Heaven is an independent period piece that not only starred the talented Julianne, but also Dennis Quaid, Patricia Clarkson, Viola Davis, and Dennis Haysbert.

The movie had its big premiere at the Venice Film Festival, where Julianne won the Volpi Cup for Best Actress.

According to the film’s official synopsis, the setting takes place in 1950s Connecticut, and follows a housewife that ‘faces a marital crisis and mounting racial tensions in the outside world.’ 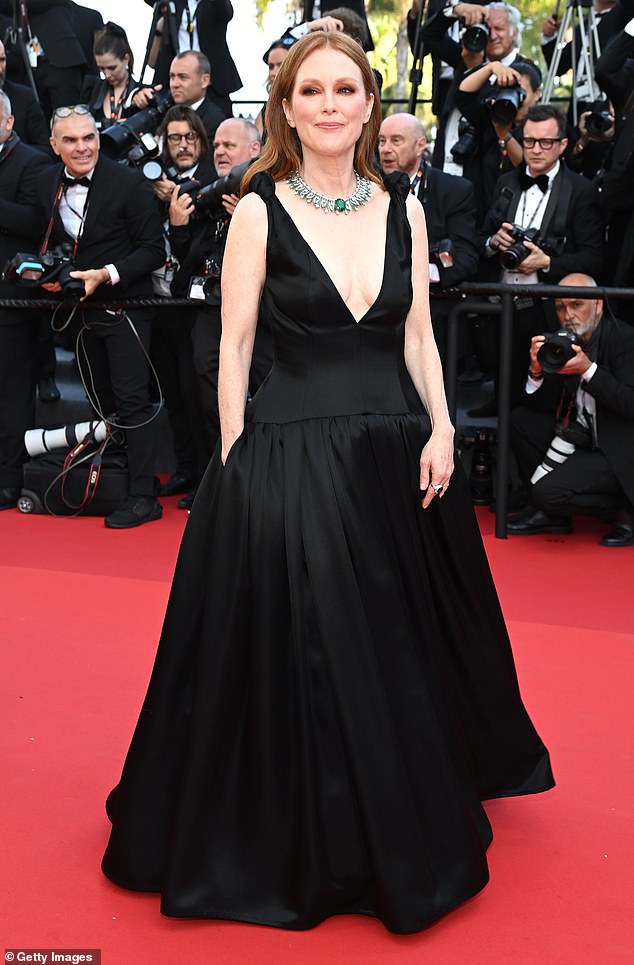 Glamorous: Julianne was pictured in a jaw-dropping black gown at the 2022 Cannes Film Festival

In an interview with Today, Todd discussed how honored he was to have had Julianne work on the film.

‘I can’t imagine how my career would have unfolded without Julianne’s part in it,’ he revealed. ‘It’s an element of luck that we found each other.’

The actress and director have worked on other films together throughout their careers, such as Safe (1995). The two are collaborating on an upcoming film titled, May December, which is set to also star Natalie Portman.

While discussing Far From Heaven and its main characters, the director added, ‘These three characters are dealing with very different kinds of restrictions from the society that they live in, an era of the ‘50s that we like to project a lot of repression on to — as if those repressions don’t persist in our culture.’ 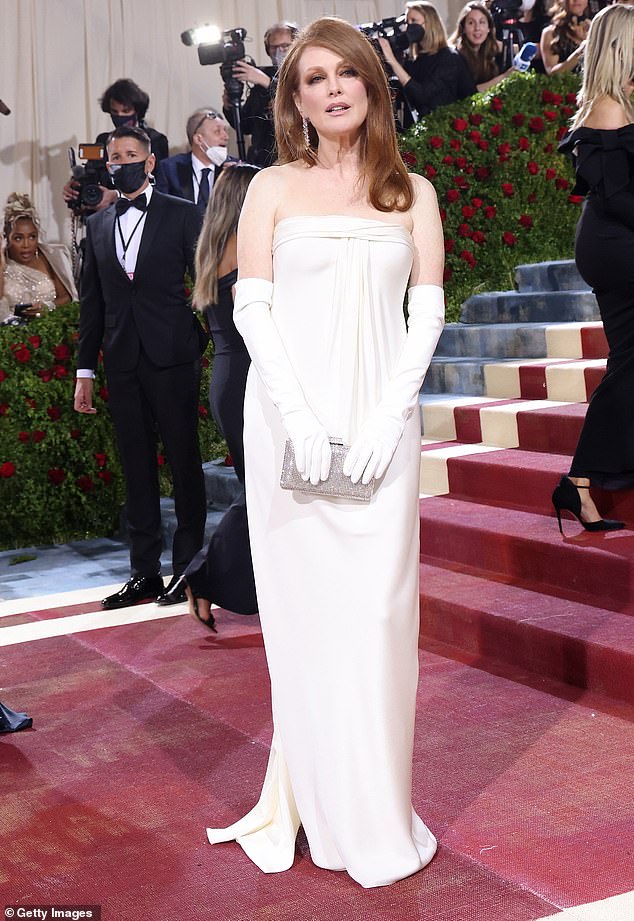