Despite the challenge of living on opposite sides of the country, Bishop had been working hard to keep the flame burning bright with Panton throughout Covid, sources close to the politician turned ANU chancellor said.

Daily Mail Australia understands she had been finding more ways to be in Sydney with Panton and had been excited to travel to London with him in late June, where they attended a royal dinner with Prince Charles.

But just a week later Panton publicly announced the pair were going separate ways and wished Bishop ‘all the best in her ongoing stellar career’ in a statement to a newspaper.

Bishop emerged for the first time since the split smiling happily for photos at a Perth mining conference on July 11, although insiders say the 65-year-old is hurting in the wake of the bust-up and was shocked at the way Panton pulled the pin so suddenly. 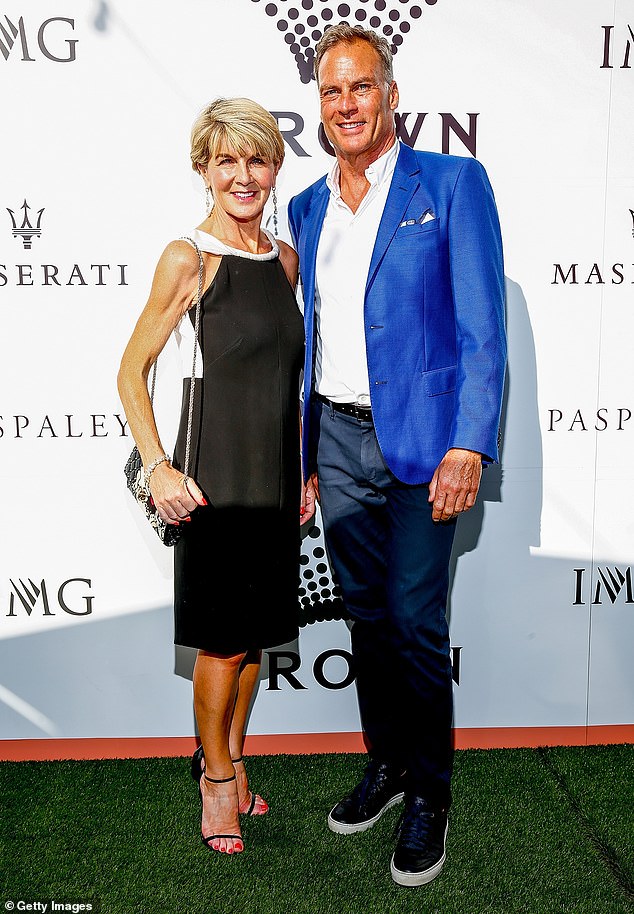 Over and out: Panton suddenly called time on the relationship with Bishop after eight years 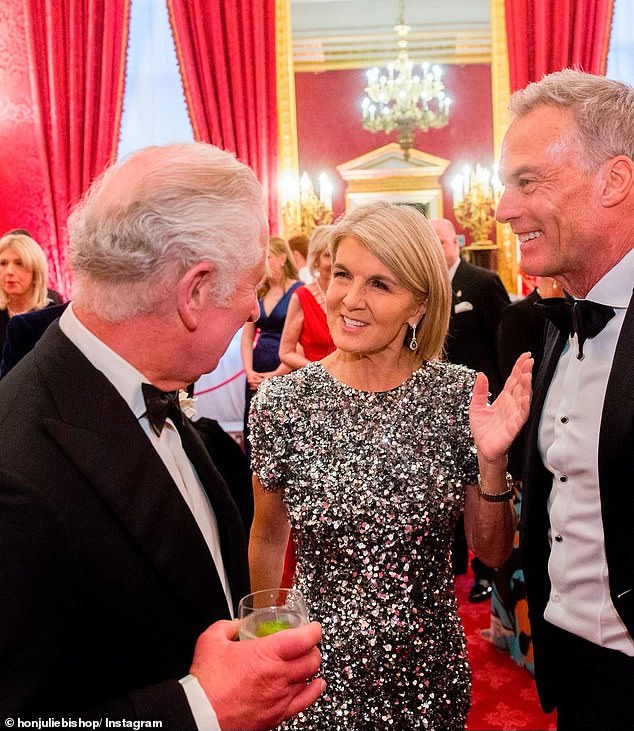 ‘She legitimately saw a long future for the two of them and worked hard at the relationship,’ said a political insider close to the ex deputy-PM.

‘As far as everyone else, obviously aside from David, was concerned they seemed fine.’

Another source close to Bishop was slightly less diplomatic about the sudden end to the affair, hinting that Panton’s presence in Bishop’s inner circle ‘divided’ some of her friends and colleagues.

But ‘JBish’ as she was referred to in Canberra, remained smitten.

‘Let’s just say a there are a few who might be relieved that it’s over,’ said one, adding: ‘His personality didn’t always gel with everyone.’ 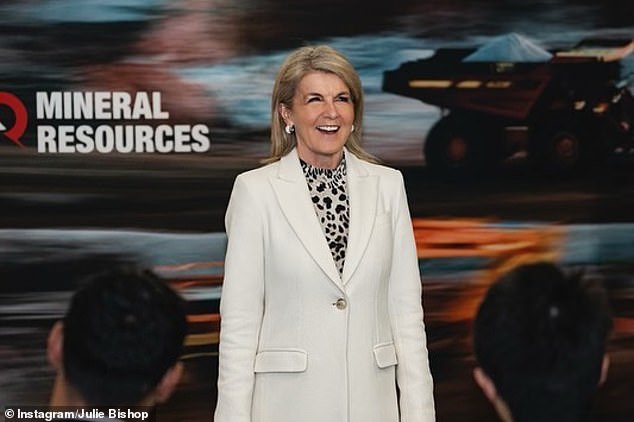 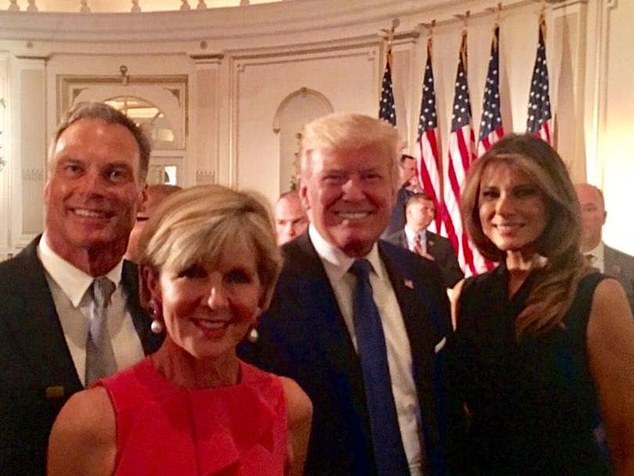 The Sydney-based developer, who also has a home in Melbourne close to ex-wife Karen and their three kids, confirmed the split on July 6 telling the Sydney Morning Herald: ‘I’m going to be focused on living in Manly and Melbourne for the foreseeable future.’

Panton has kept a noticeably low profile since returning to single life and has managed to stay hidden from public view.

Sources say he has been even been absent from his usual morning dips.

It’s understood he remains based in Manly but is believed to have rented out his beachfront apartment back in April and relocated nearby.

First introduced in 2014, the ‘glamour couple’ of Australian politics notched up hundreds of red carpet and A-list social event appearances during their cross-continent romance including an unlikely invite to Karl Stefanovic’s four-day wedding in 2019.

And despite generating some initial public cynicism in its early days, the relationship rolled on across red carpets and corporate marquees for eight years. 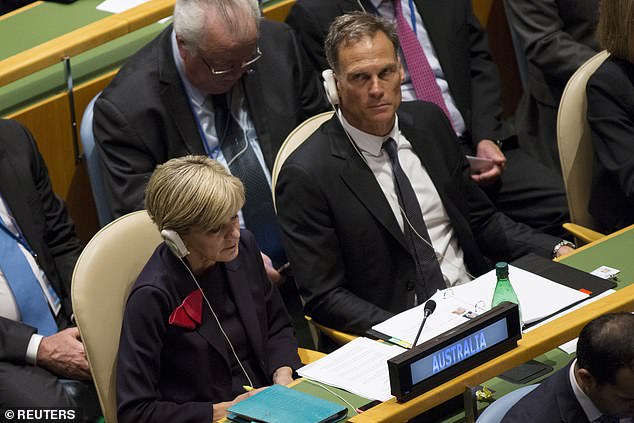 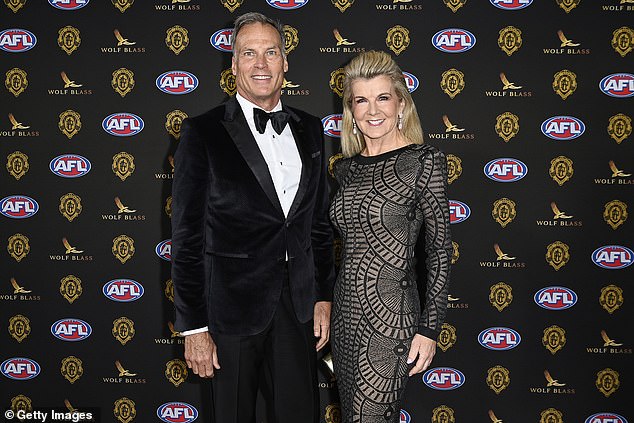 Dubbed ‘Julie’s handbag’ in the media, Panton was an enthusiastic social event ‘plus-one’

It also weathered a series of public relations knocks – most memorably when Bishop copped flack for letting Panton bizarrely tag along to a sitting of the United Nations General Assembly in New York in 2015.

He also seemed to be unable to shake off his unkind nickname ‘Julie’s handbag’ – a regular reference he drew due to the fact he quietly accompanied Bishop to countless social events.

Based steadfastly in Perth, Bishop – who recently collaborated with Estee Lauder skincare – was open about challenges of a long-distance relationship and said the pair relied heavily on FaceTime to get through the Covid pandemic.

‘It isn’t great but it is all you can do because he can’t get in here (WA) and I can’t go there without having to get an exemption,’ she said in 2020.

‘It is very difficult but I know a lot of families have been separated in this way. It is very challenging.’ 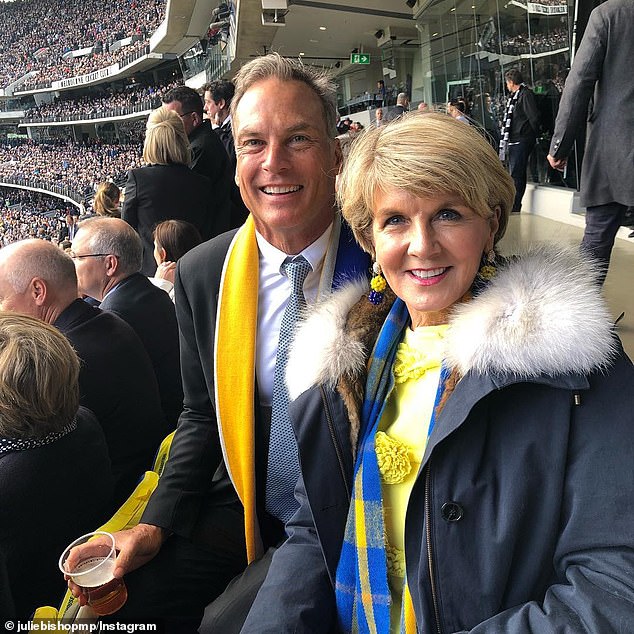