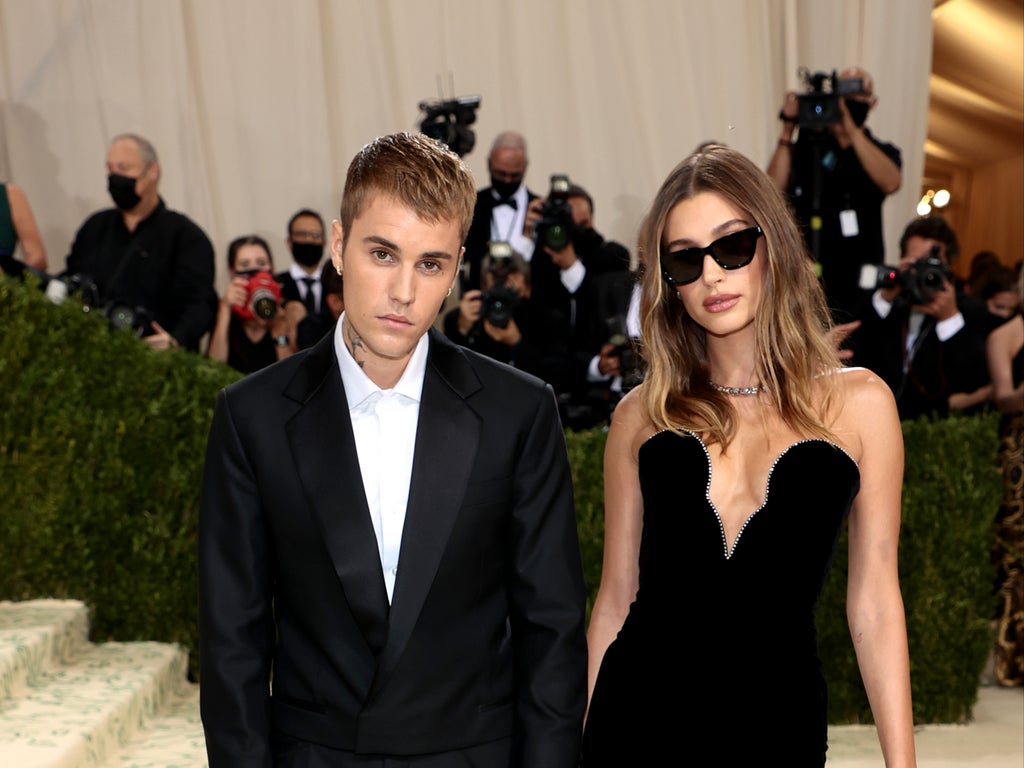 Fans are expressing their support for Justin Bieber and Hailey Baldwin after the couple was seemingly subjected to chants of “Selena” while posing on the red carpet at the 2021 Met Gala.

On Monday, the couple, who have been married since September 2018, arrived for the annual Met Gala at New York City’s Metropolitan Museum of Art, with the Peaches singer wearing a black suit by la maison Drew, while his wife opted for a black Saint Laurent gown.

However, upon their arrival, members of the audience began chanting the name of Bieber’s ex-girlfriend Selena Gomez – who he separated from in early 2018 after several years of on-and-off dating – according to a video posted to Twitter.

In the viral video, Bieber and Baldwin can be seen making their way up the Met’s steps as fans of Gomez, who was not in attendance, chant “Selena”.

The video, which was captioned: “What the f***? Selenators are so obsessed, leave him alone,” has since been viewed more than 250,000 times, prompting many to defend the couple.

“This is not okay. Why would people do this??? WHY??? I believe Selena wouldn’t be happy with this. Do better guys. Be kind,” one person tweeted.

Another said: “This is so stupid, people need to leave that dead relationship behind.”

“This video shocks me, how can we think of doing this? I’m a selenator and belieber, and I find it disgusting! Put yourself in the place [of] Justin and Hailey. Let them enjoy! And Selena would surely not appreciate what you do. We love you Justin and Hailey,” someone else tweeted.

While neither Bieber nor Baldwin have commented on the situation, the Yummy singer previously defended his wife from Gomez’s fans on Instagram after one fan urged people to bully Baldwin while the couple was doing an Instagram Live.

“This sad excuse of a human just encouraged people on video to literally go after my wife telling people to say that my previous relationship was better so on and so forth,” he shared on his Instagram Stories in December 2020. “

At the time, Bieber said he wanted to share the comment to show his fans what he and Baldwin “face on a day-to-day”.

“It is extremely hard to choose the high road when I see people like this try and rally to gather people to bully the person I love the most in this world,” the singer added.

Baldwin also addressed the comments at the time, explaining that she would not normally acknowledge the bullying attempt but decided to do so because the woman in the video “has truly [reached] a level of anger that is shockingly unhealthy and sad”.

Gomez last attended the Met Gala in 2018, after attending the year prior with her then-boyfriend The Weeknd.