Kaia Gerber stepped out Saturday evening in New York City to attend a special performance for the play, Circle Jerk, at the Connelly Theater.

The supermodel donned a sleek outfit, looking comfortable and stylish at the same time. 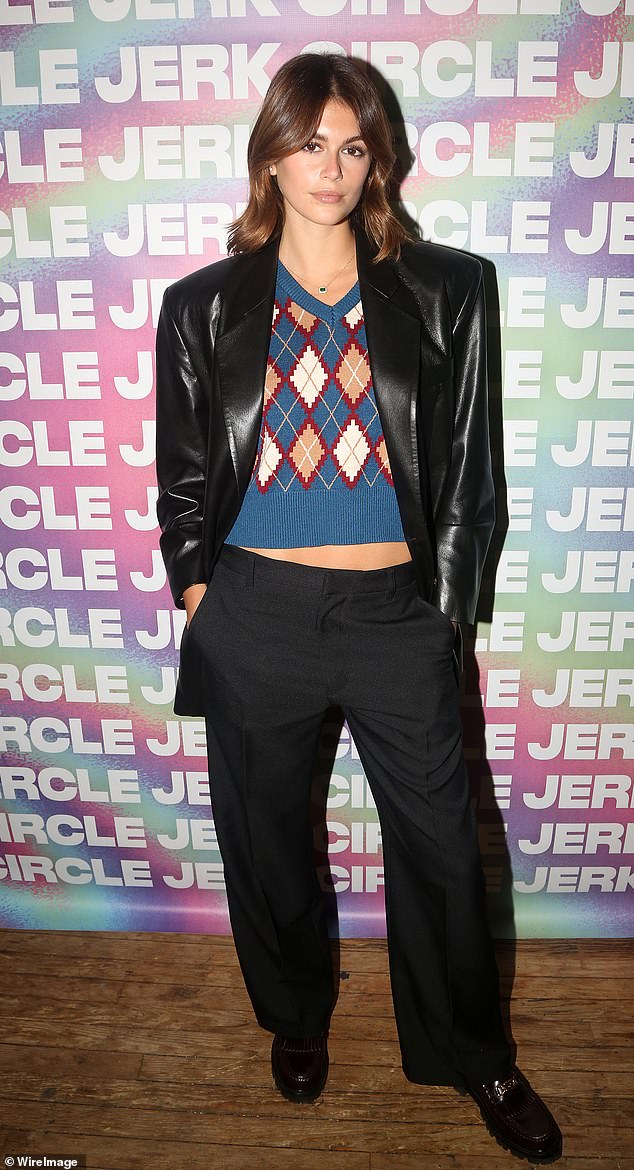 The star wore a blue sweater vest with a classic argyle pattern, and added a pair of sleek black pants.

The 20-year-old threw on a long, leather jacket over the vest that fell down past her waist, which added a touch of sophistication to the outfit.

To pull the look together, Kaia wore a pair of dark-colored loafers with a thick, rubber sole. 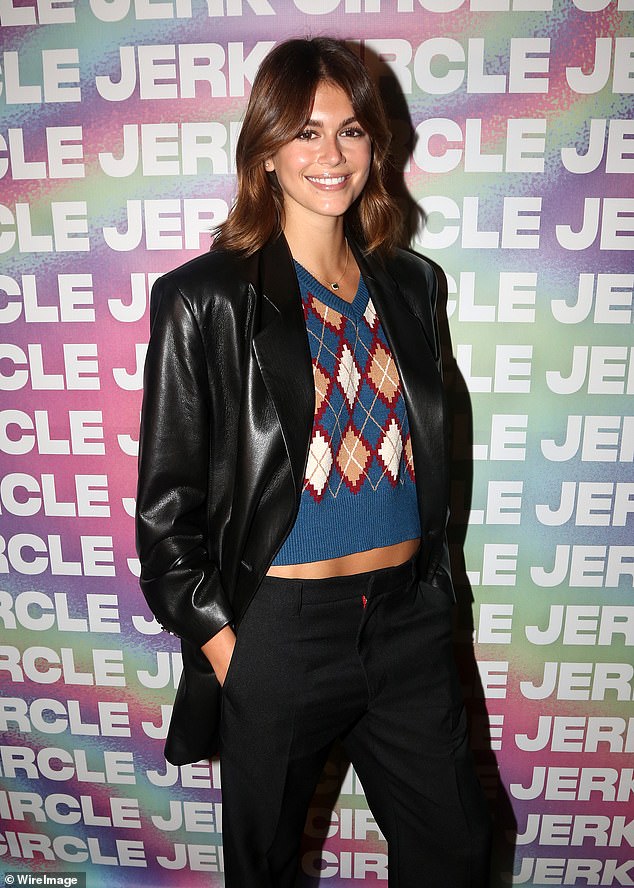 Chic and fabulous: The model looked effortlessly stunning while attending a play in New York City at the Connelly Theater

Her brunette hair was parted in the middle and fell down in elegant waves to brush the tops of her shoulders.

Her makeup was simple and neutral-toned, with a nude-colored lipstick and a generous amount of mascara.

The star looked happy to enjoy a fun night out on the town to watch a play that is part of NYC Pride. 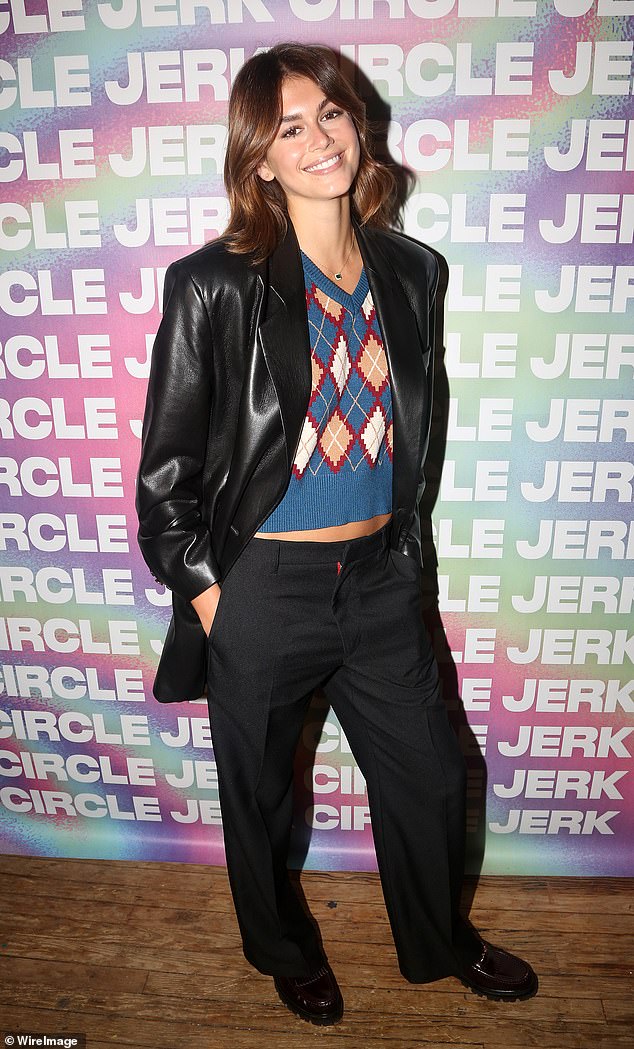 Classy weekend outing: Gerber was all smiles at the special performance on Saturday night

Kaia’s style is always show-stopping and classic, whether she is attending a star-studded red carpet event, or running a few quick errands.

In an interview with Vogue, the model discussed some of her inspirations when it comes to wardrobe choices and how her mother, supermodel Cindy Crawford, was definitely a monumental inspiration.

‘The best style advice my mom has given me is less is more,’ Gerber stated. ‘She also let me make fashion mistakes which I appreciate a lot.’ 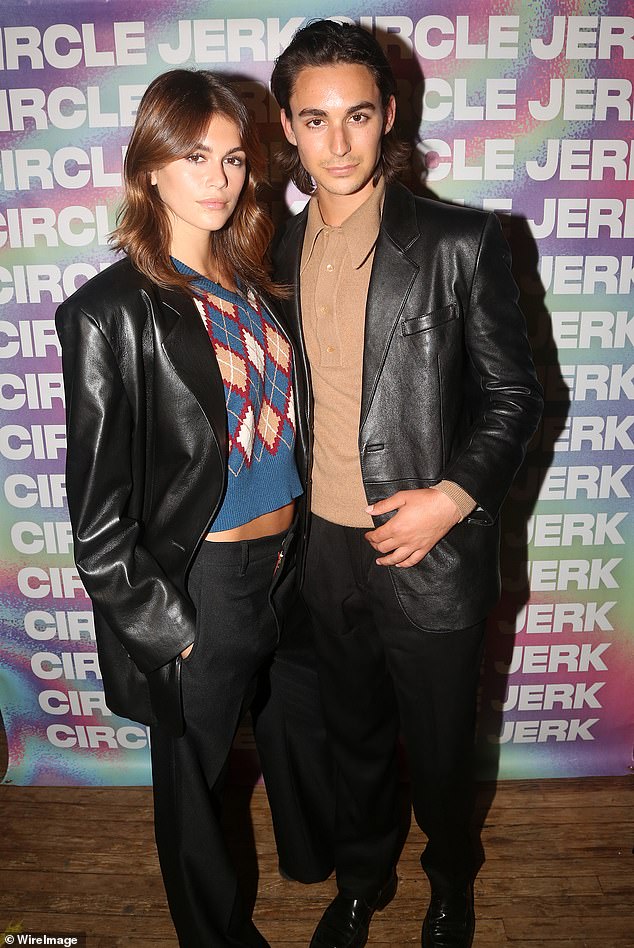 Good friends: Kaia was photographed with close friend, Travis Jackson. The two have been seen together on many occasions and remain very good friends

Kaia has recently been cast to star in the new Apple TV+ series called Mrs. American Pie, starring alongside an amazing cast, including Jordan Bridges, Kristen Wiig, and Julia Duffy.

The model will be playing the role of Mitzi, a manicurist. According to Deadline, the 10-episode series takes place in the 1970s and will follow Wiig’s character as she tries to get a seat at, ‘America’s most exclusive table: Palm Beach high society.’

The actress and model has also been supporting her boyfriend, Austin Butler, and sticking by his side as he prepares for the theatrical release of his latest Elvis biopic from Baz Luhrmann. 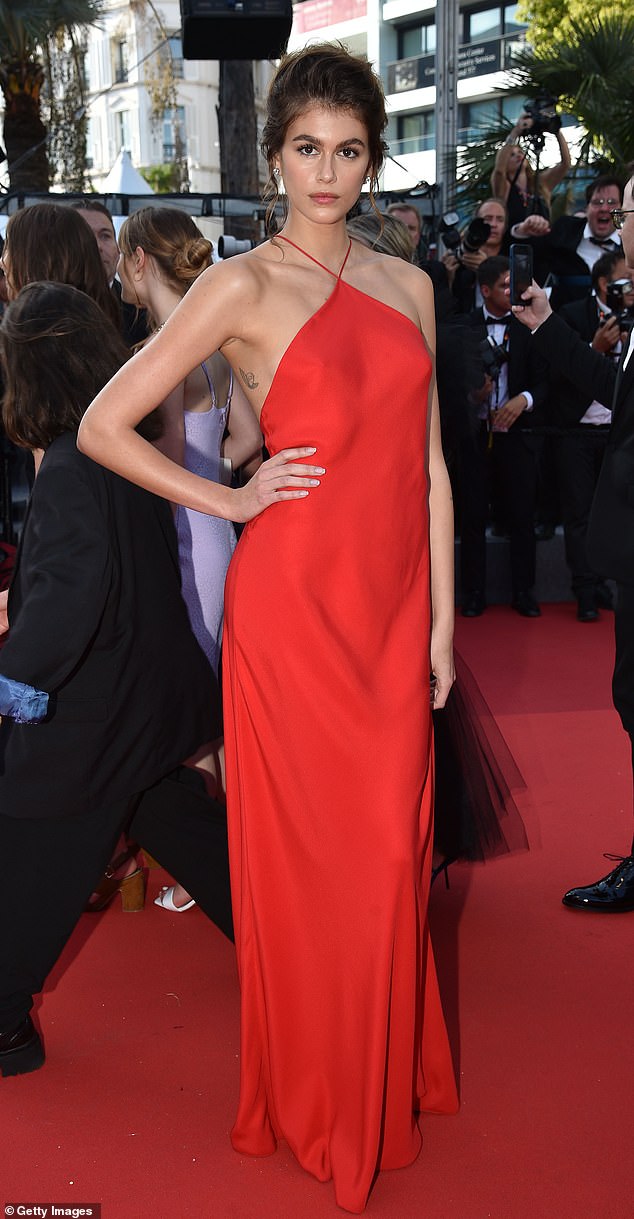 Less is more: Kaia’s mother, Cindy Crawford, gave the best style advice, stating that when putting an outfit together, ‘less is more’