The 20-year-old daughter of supermodel Cindy Crawford and businessman Rande Gerber looked casual on her afternoon visit to the pet shop.

The girlfriend of Austin Butler had on a short-sleeved collared shirt over a cropped white tank top with black trousers and green shoes. 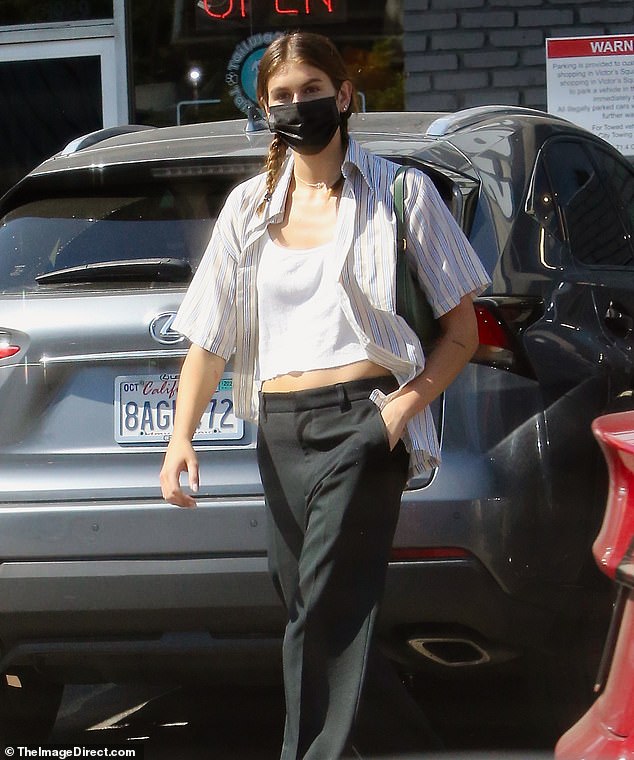 The Vogue favorite then headed for coffee.

The social media personality styled her gorgeous brunette locks in two braids that fell over her shoulders and wore a black face mask to protect her from Covid.

Her recent outing comes after she was spotted with Elvis actor Butler. The two were seen kissing during a lunch date in LA.

After a year-long relationship with Euphoria star Jacob Elordi, she began dating actor Butler in December 2021.

He previously dated actress Vanessa Hudgens from 2011 to 2020. 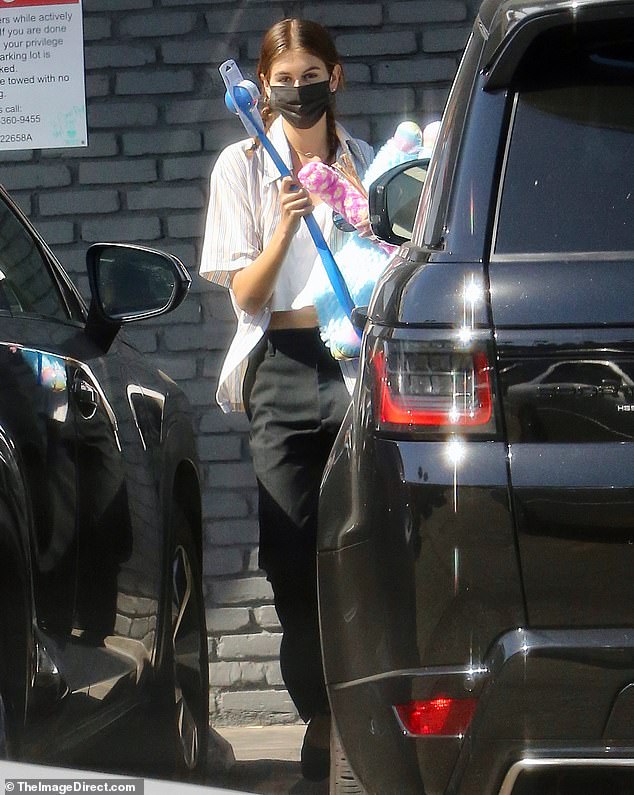 Handful: The star had a variety of pet goods in her hands as she left the store

The fashion model has recently been spotted spending time in Los Angeles with Butler after living in NYC for a few years.

The two stars seem to be enjoying each other’s company as they appear to find time in their busy schedules to be together as often as possible.

The two attended the 2022 MET Gala in New York City and the Elvis premiere at the 2022 Cannes Film Festival earlier in May, where they kissed passionately on the red carpet to flashing cameras. 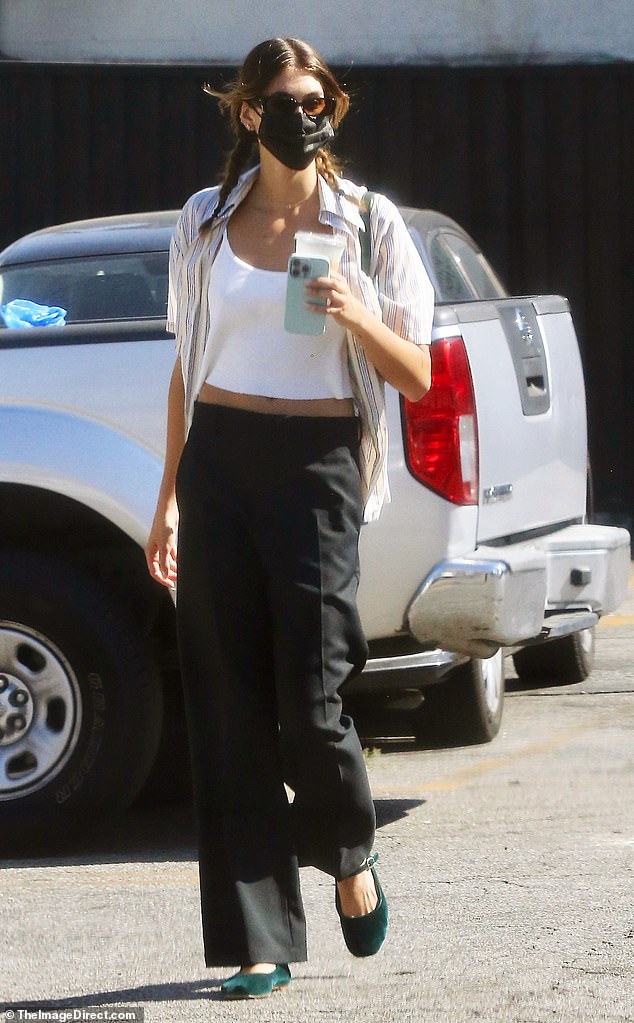 Casually classy: The fashion model has recently been spotted loving it up during romantic outings with Elvis actor, Austin Butler

Following his success and critically acclaimed performance in the Elvis biopic, the actor has also been cast to star in Dune: Part Two.

She will have a recurring role in the Apple TV+ miniseries, Mrs American Pie, playing a manicurist named Mitzi.

Mrs American Pie is set to premiere on the Apple TV+ streaming service at an unspecified date in the future. 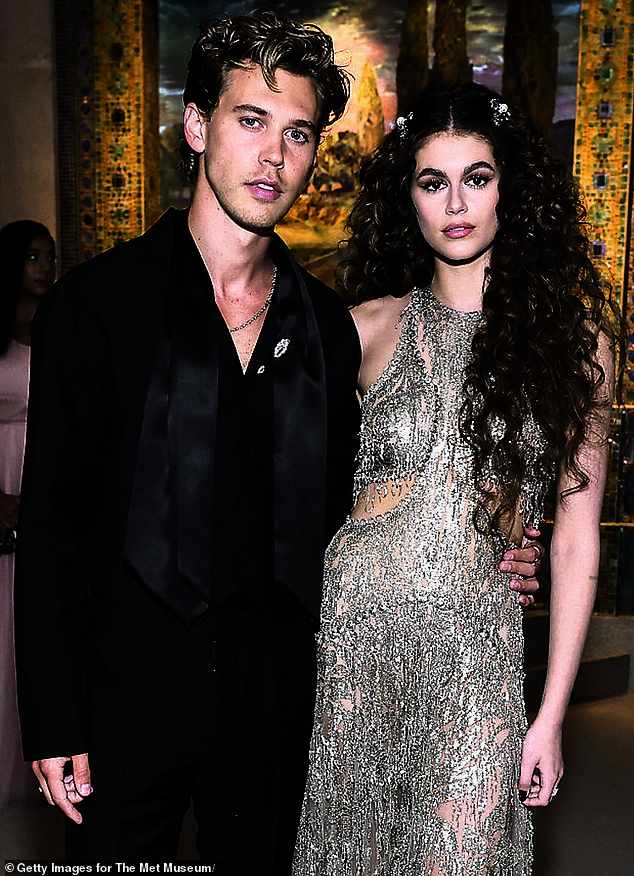 Dynamic duo: Gerber and Butler attend The 2022 Met Gala Celebrating In America: An Anthology of Fashion at The Metropolitan Museum of Art on May 02, 2022 in New York City 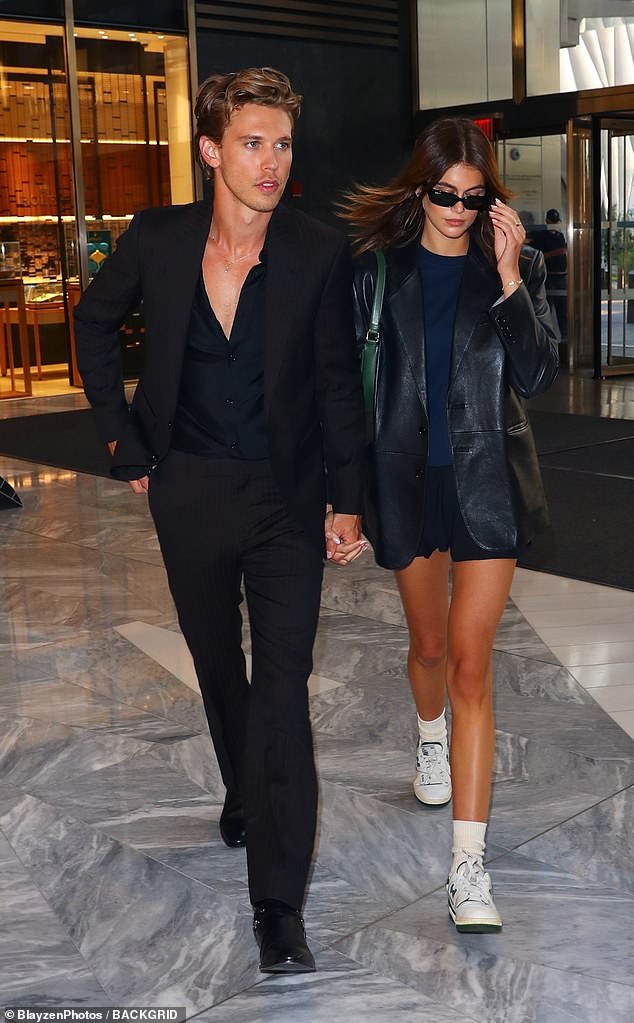 Holding hands: The happy couple is seen here in New York in June