Kaia Gerber nailed off-duty chic as she arrived in Italy for Milan Fashion Week on Wednesday.

The model sported a beige trench coat and kept the look low-key with black trousers and a jumper underneath.

Kaia, 20, kept her shoulder-length brunette locks down and shielded her eyes with black sunglasses. 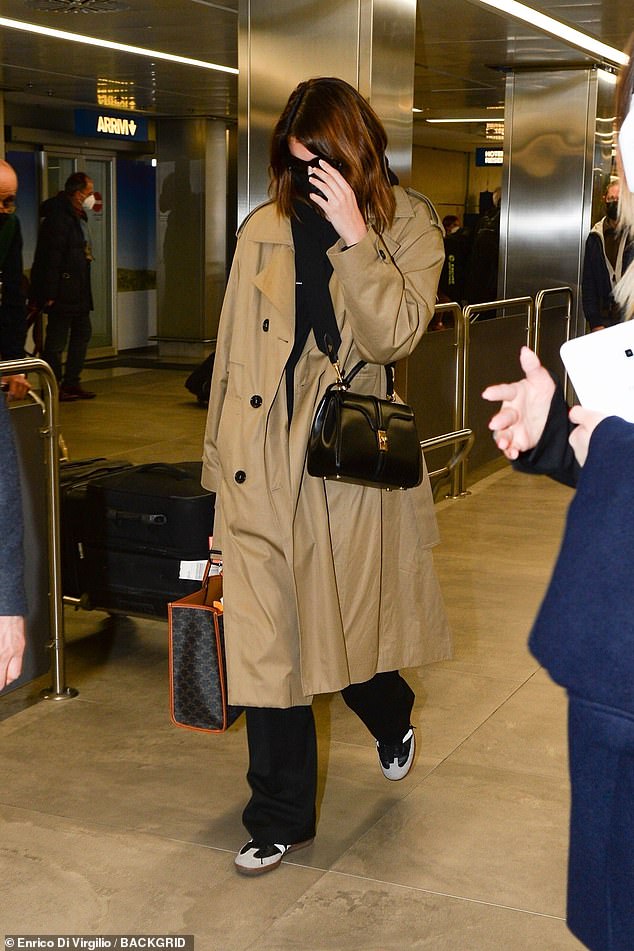 Brunette beauty: Kaia sported a beige trench coat, keeping the look low-key with black trousers and a jumper underneath in Milan

The daughter of Cindy Crawford opted for brown and black complementing luggage as she made her way out of the airport.

Kaia seemed to be keeping a low-profile, keeping her head down as she arrived, with pals Gigi and Bella Hadid having already touched down in the city.

The star has walked for brands such as Saint Laurent, Fendi, Miu Miu, Prada, Alexander Wang. 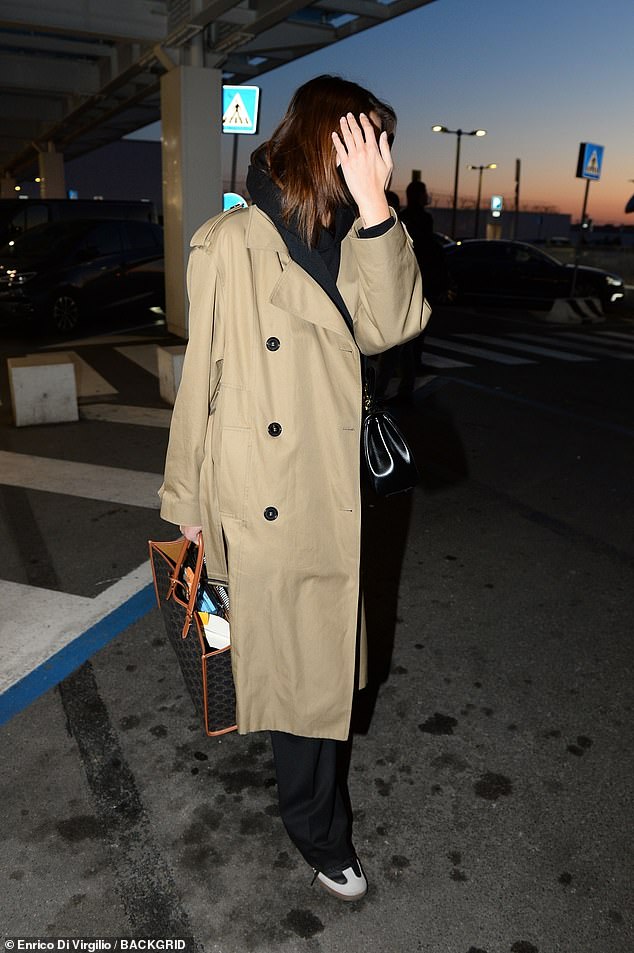 Off-duty: The 20-year-old kept her shoulder-length brunette locks down, accessorising with black sunglasses 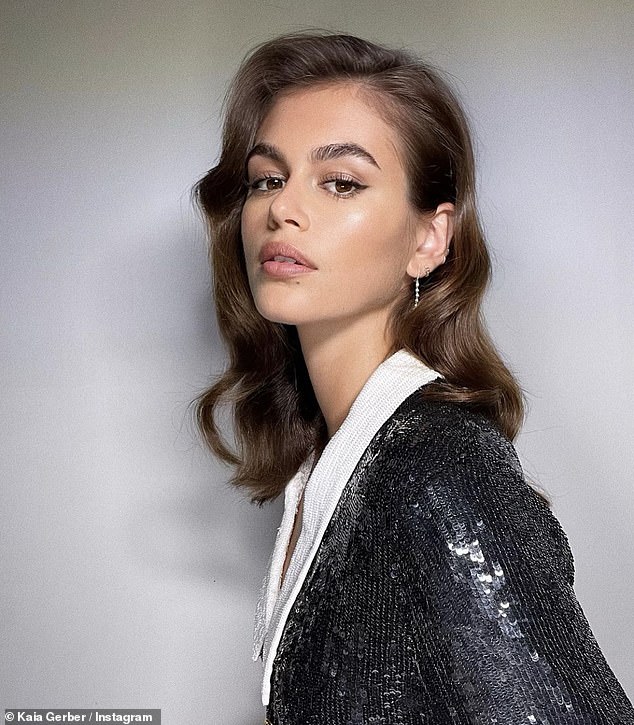 Runs in the family: The daughter of Cindy Crawford described her mother as ‘her hero’, following in her supermodel footsteps

It comes after Kaia recently celebrated her mother’s birthday, sharing an adorable snap to her 7.5m followers on Instagram.

She described Cindy as ‘her hero’ in the post, captioning:

‘Happy birthday mom (red heart) here’s to celebrating you everyday because one day will never be enough. my hero forever. I love you’ (sic)

Though she arrived in the fashion capital solo, Kaia has recently been spotted spending time with boyfriend Austin Butler, 30.

The pair were first spotted together in December, following Kaia’s split with actor ex-boyfriend Jacob Elordi. 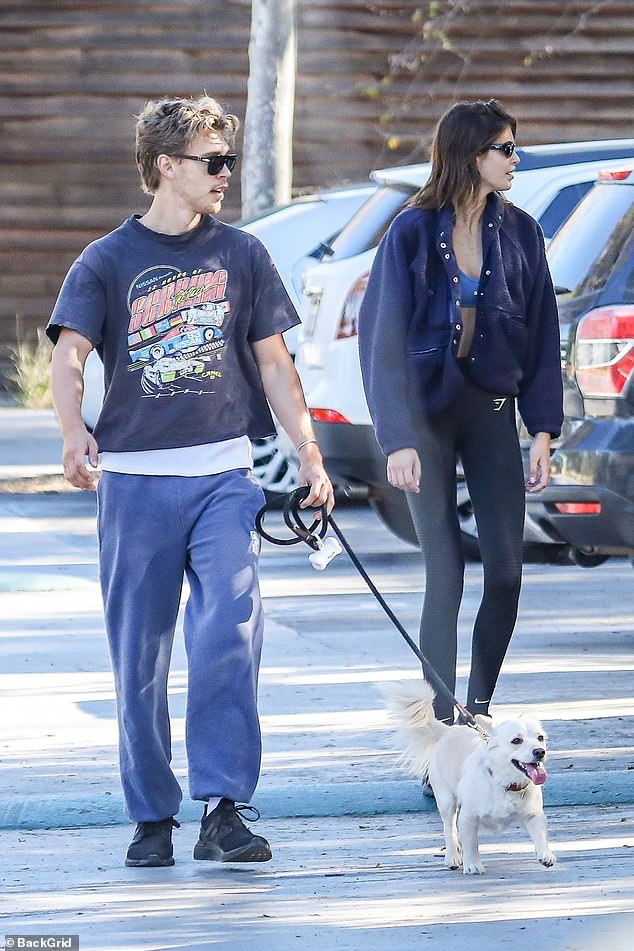