Kaia Gerber was spotted with her tiny dog Milo as they went on a hike together on Monday morning.

The 20-year-old looked comfortable in a pair of black leggings that showed off her toned legs.

She opted to pair the look with a red logo sweatshirt to keep warm in the chilly early morning temperatures and added black Nike socks along with simple black and white sneakers. 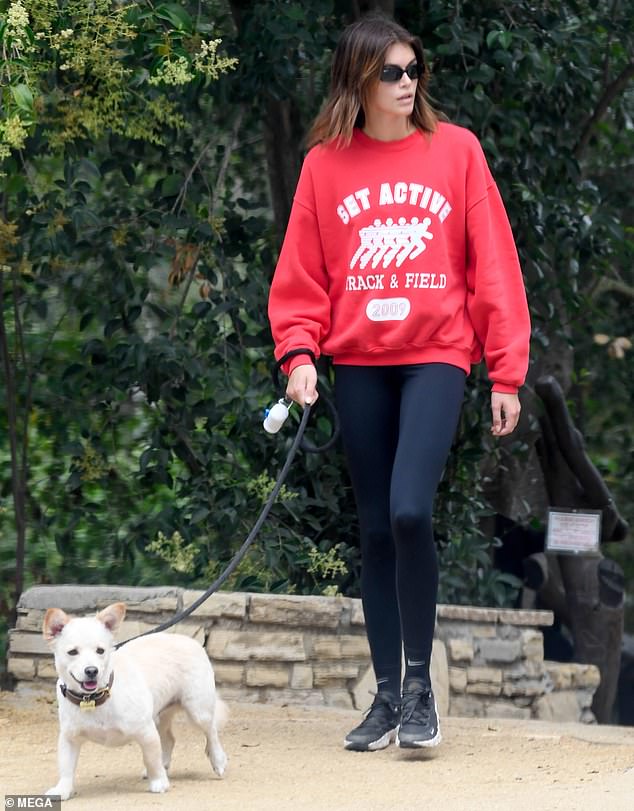 Cute: Kaia Gerber took her dog, Milo, for a rejuvenating hike while wearing comfortable leggings and a sweatshirt.

Gerber’s red crew neck sweater is from the brand Set Active, which sells a variety of clothing items such as activewear, lounge, and sweats.

The model’s track star sweatshirt has the brand’s logo on the front, including the words track and field-2009 printed in white.

The long-sleeved sweater is currently priced at $122, according to the brand’s website.

Her brunette hair was parted in the middle and fell straight down past her shoulders, sticking to a simple, easy-going look. 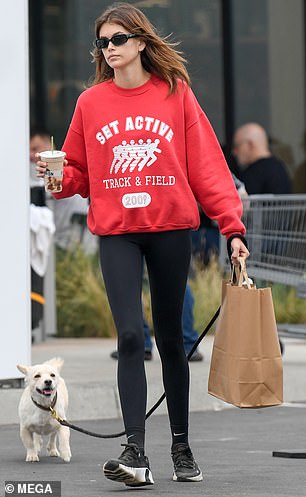 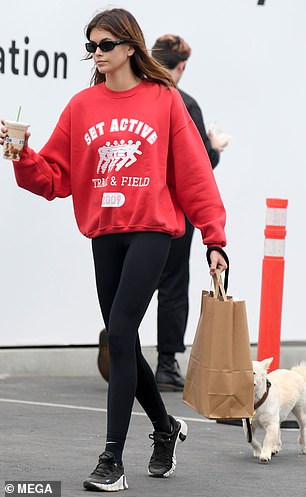 Perfect way to start the week: The supermodel and her dog, Milo, started their week off right with a yummy drink in hand and a refreshing hike

Cindy Crawford’s daughter made a quick stop to pick up a yummy drink and bag of goodies during her morning outing.

Gerber was recently spotted on the glamorous red carpet premiere of Elvis, directed by Baz Luhrmann.

The star-studded premiere was held in Cannes, and the model made an appearance to support her boyfriend, Austin Butler, who plays the king of rock himself.

The couple made big headlines when they shared a sweet kiss on the red carpet as the swirl of camera flashes snapped around them. 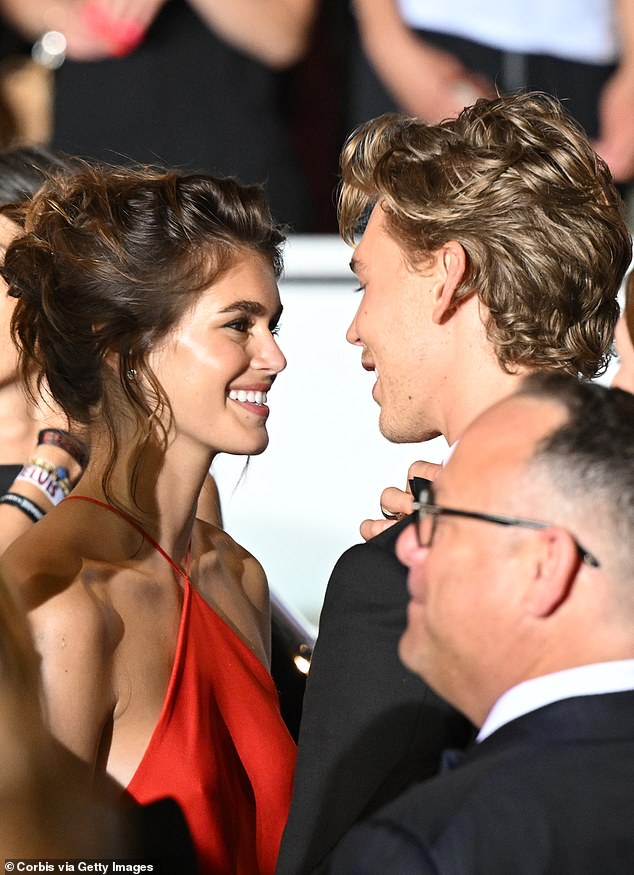 Biggest supporter: Gerber and boyfriend, Austin Butler, send an affectionate look at each other during the premiere of Elvis in Cannes 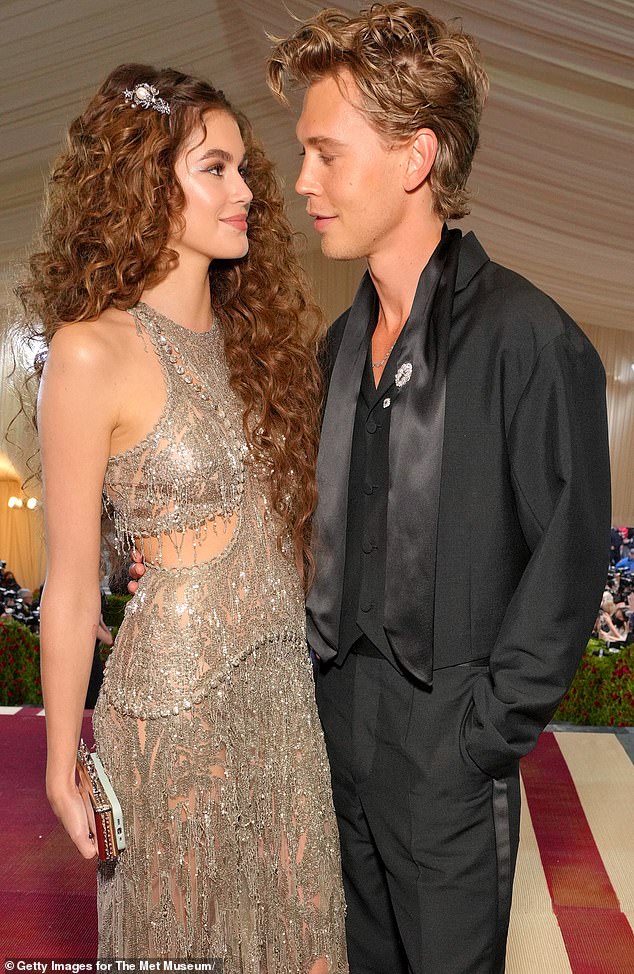 Lovely couple: Gerber and Butler look adorable together as they attended the 2022 MET Gala together in New York City

Butler, 30, and Gerber, 20, have recently started jumping into the red carpet spotlight a lot more together.

Previously, the actor was in an eight year relationship with actress Vanessa Hudgens.

The supermodel had been dating Euphoria star, Jacob Elordi, but the couple split last year in 2021.